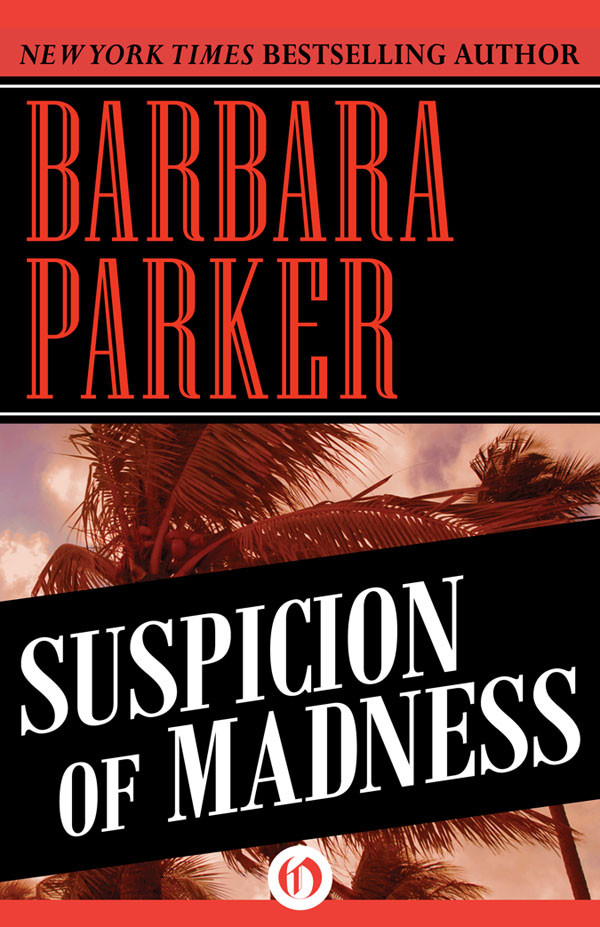 This one is for Richard Curtis.

My Agent; my umbrella. 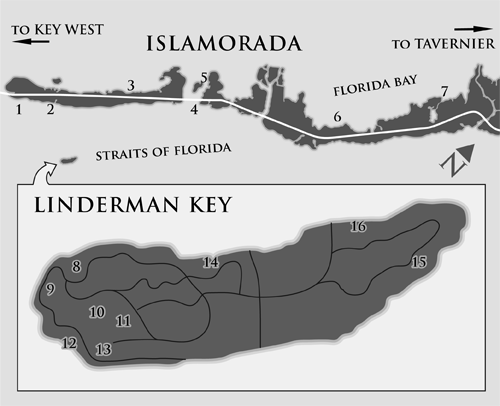 Billy slid open the file drawer and lifted some papers. The gun was still there, a Smith St Wesson revolver. He'd come into the office a couple of months ago looking around for cash and had seen the gun. He put it in the waist of his jeans, pulled his T-shirt over it, and pushed the drawer shut with the toe of his sneaker.

The lobby was empty and the lights were off, except for a floor lamp that made his shadow dance across the wall. In the restaurant bar he used a key nobody knew he had to open the liquor cabinet for a bottle of Jack Daniel's. He heard voices from the kitchen: his mother and stepfather deciding how many stone crab claws for six people at dinner tonight.
Five,
Billy silently corrected.

He went out the side door to the veranda and down the steps. The sun had set, and he could see the evening star hanging over the horizon. The pale outline of a sportfisher moved toward Lower Matecumbe Key.

He twisted off the bottle cap and threw it into a hedge. The hotel was closed for renovations, no guests wandering around. The carpenters had quit at five o'clock and headed back to Is- lamorada in their boats. Small landscaping lights illuminated the sandy path that wound through the resort. Billy tipped the bottle up and counted how many gulps of Jack he could take without spewing it. He coughed and wiped his mouth on his shoulder.

Where the path curved back toward shore, and the lights ended, Billy picked up the golf cart tracks that led toward the woods. He came to a chain-link fence marking the end of the property, pushed open the gate, and went through. The trail was barely visible in the tangled underbrush. In summer the mosquitos would be thick enough to breathe, but by now, mid-October, they were mostly gone. In a clearing near the water, mangrove shoots reached up through the soggy ground like long black fingers. There was enough moon to see the exposed rock, and Billy jumped from one to the next until the ground rose and dried out and turned to buttonwood and strangler fig. Shortly he found the path leading to the water and a dock pointing north.

PRIVATE PROPERTY, KEEP OFF. The sign was faded and cracked, but it didn't matter because no one used the dock; no one tied up here except to get high, and there were better places. The sea had chewed into the pilings. A few of the planks were missing. A pile of lobster traps, dumped years ago, had turned black with mold.

Billy reached the end and unfolded the metal chair he kept under the fish cleaning table. He took the revolver out of his waist and set it on the last plank, aligning the barrel with the edge. The dock was bathed in blue light.

Back on shore, leaves rustled. The dogs had followed him. He heard them panting, heard them moving around, deciding whether to come out on the dock or not. Billy didn't look around. He told himself they weren't real. Black dogs with square, heavy skulls and paws as big as his fists, tags jangling on their choke collars. Not real.

He lit a joint and sat there with the bottle on his thigh and watched the stars. The moon wobbled on the ocean.

There was a ripple and splash under his feet, and he leaned over to see what it was. A mermaid with red hair. The moon rested in her extended hand like she was holding a white ball. She turned her head and smiled at him, and her hair floated around her.

It was hard to move his lips. "Sandra. Hey. I'm sorry. You know that, right? Sorry."

A boat hummed toward Tea Table Channel. Its running lights vanished behind an empty mangrove island and reappeared on the other side. Two miles away headlights moved along U.S. 1. A dim glow on the horizon marked Tavernier, and farther away, Key Largo. Miami was over the curve of the globe.

Pinching the joint between his fingertips, Billy sucked in and flicked the last bit toward the water. The gun was still on the end of the dock. He looked at it and slowly released the smoke in his lungs.

A long, low growl came from the shadows behind him.

He stood up with the gun, fitted the end of the barrel in the hollow of his right temple, squeezed his eyes shut, and pulled the trigger.

His arm jerked involuntarily. "Shit." He took a breath and jammed the barrel under his jaw.

"Jesus!" He turned the gun to look into the chambers. They stared back at him, empty.
"Aaaa-a-a-a-aghhhh!"
The scream turned to a laugh. Billy staggered, colliding with a lobster trap, which tipped off the dock and made a green sparkle of phosphor as it hit the water. Weighted with concrete, it revolved slowly and went down.

Can't do a damn thing right, can you? What do you use for brains?

"Shut up." Pivoting toward shore, Billy pulled the trigger.
Click-click-click.
He hurled the revolver toward the trees, heard a thud. Bracing his back against a leg of the fish table, he slid down. Splinters caught on his shirt.

The bottle had turned over. Billy shook it and finished what was left. His stomach heaved. He smashed the bottle on the rusty water pipe running up the side of the cleaning table. The light dimmed as a cloud drifted across the moon and caught there. He picked up a piece of glass and closed his fist around it. He watched drops of purplish liquid leak out and run down his arm. It was warm. It didn't hurt.

In Key West last year a Tarot card reader on Mallory Square had told him he would die suddenly at an advanced age. Billy believed half of it, that he'd go fast, but not the other. The lady had been lying. She'd been trying to spare him the truth. But so what. Everyone lied.

I told you to watch him! I told you! You let him drown, you little fuck! What have you done?

He wondered if the gun had fired. He felt the side of his head, and his fingers came back bloody. But where was the hole?

Lying on the deck he tried not to smell the muck and dead fish and decaying clumps of turtle grass. He raised his head and let it drop, again and again.

"What... is it?" The question was... the question was... Maybe the gun had gone off. Maybe it hadn't. It was hard to say. Maybe he was dead but he didn't feel it yet. What would that feel like, being dead? Like falling asleep. Sinking to the bottom.

The dogs stood on the shore. Their eyes glowed green, and their lips curled back over their teeth. A noise like faraway thunder came out of their chests.

When Billy flopped over on his back the shit-crusted fishing table swam into his vision. He frowned until the tall wooden frame beside it came into focus. Pull your fish out of the boat. Hang it up by the tail or a gaff hook in the gills and gut it.

He crawled over to the lobster traps and broke one apart. Wood rotted fast in the Keys. Nylon rope lasted longer. Billy watched his own hands tying lengths of rope together, making a slipknot.

It was admirable.
Damn good job, son. Pat on the back. Thanks, Dad.

He dragged another of the lobster traps between the uprights of the horizontal beam. He threw the rope over the beam and held on to both ends until he felt steady enough to climb onto the box. The wooden slats creaked under his weight. He dropped the loop over his head, ran the free end of the rope through it, pulled tight, and knotted it.

The lights on the horizon raced away from him, then back. The moonlight was turning the sky silver. So bright. It made the stars fade out.

Billy spread his arms, balanced for a moment, then stepped off the dock.

The Florida Keys are a chain of low, ragged islands that serve as stepping stones for the road from Miami to Key West. Drinking water is piped in, Cuban refugees occasionally wade ashore, and with every hurricane warning, cars and boat trailers jam the highway trying to get out. The view of the ocean is stunning, but if you don't fish, there isn't much to do.

This was about the sum of Gail Connor's knowledge of the Middle and Upper Keys. She was more familiar with Key West, which had enough history, banyan-shaded streets, and white clapboard to make it worth a three-hour drive. The small communities along the way she never paid much attention to, except for the obligatory stop at Theater of the Sea so her daughter could feed the dolphins. Gail herself was usually watching the highway for the mile marker signs tediously counting down to zero. Not her idea of a romantic getaway. But just after lunch on Tuesday, Anthony Quintana called with an invitation.

Gail had politely refused: "Oh, honey, I can't
possibly
go, not in the middle of the week."

Then he told her where they'd be staying: The Buttonwood Inn. Clients of his, the Greenwalds, owned it. They wanted him to drive down to take care of a small matter involving Mrs. Greenwald's son, Billy.

Gail did know one other fact about the Keys. Among the clutter of RV parks, mom-and-pop motels, and poured-concrete condos, there were a few places so charming, so lush with landscaping and four-star cuisine, that only the wealthy could afford them. Gail couldn't. Anthony could, but he didn't have to. In exchange for his legal advice, the Greenwalds were giving him a room and three gourmet meals a day. Hammocks under the palm trees, a private beach, no alarm clock, no traffic to fight, no phone calls from clients—

"We'll have the island all to ourselves," he said. "They're doing renovations. No other guests. I'm going to ask for the cottage with the private hot tub."

M55 by Robert Brockway
Acts of Love by Emily Listfield
Echoes in the Darkness by Joseph Wambaugh
Waking Up Gray by R. E. Bradshaw
Values of the Game by Bill Bradley
Dune to Death by Mary Daheim
Secrets at Sea by Richard Peck
Lake Country by Sean Doolittle
Bob Dylan by Andy Gill
Ruthless (Dark MC Romance) by Vanessa Waltz