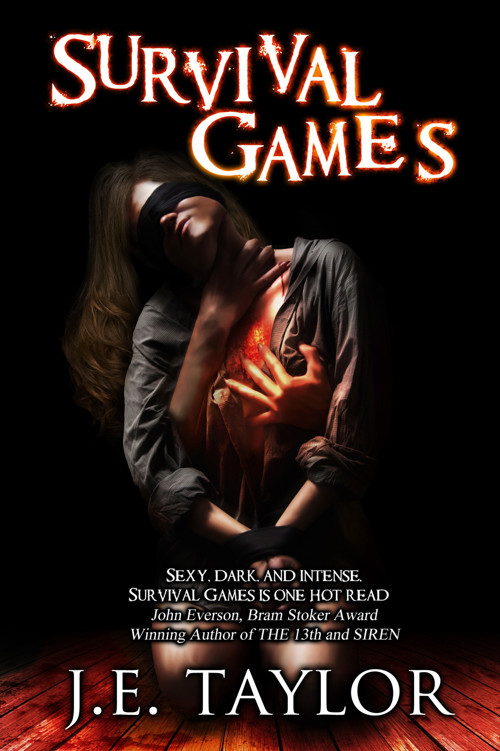 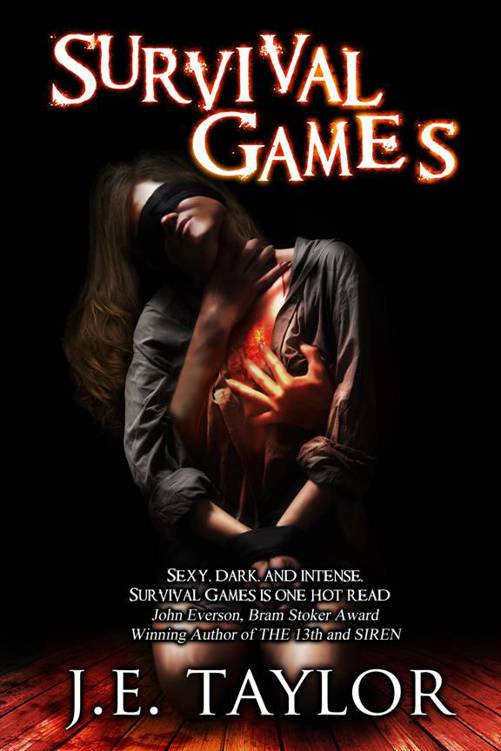 All rights reserved under the
International and Pan-American Copyright Conventions. No part of this book may
be reproduced or transmitted in any form or by any means, electronic or
mechanical, including photocopying, recording, or by any information storage
and retrieval system, without permission in writing from the publisher.

This is a work of fiction. Names, places,
characters and incidents are either the product of the author’s imagination or
are used fictitiously, and any resemblance to any actual persons, living or
dead, organizations, events or locales is entirely coincidental.

Warning: the unauthorized reproduction or
distribution of this copyrighted work is illegal. Criminal copyright
infringement, including infringement without monetary gain, is investigated by
the FBI and is punishable by up to 5 years in prison and a fine of $250,000.

This
book is for sale to Adult Audiences Only. It contains substantial sexually
explicit scenes, graphic language and violence that may be considered offensive
by some readers.

Jessica Connor
woke chained to a chair in a dark room. Her heart thudded and she strained to
look around, but her head refused to move. The lights slowly brightened
revealing a video screen.

Hands descended onto
her shoulders and a low voice whispered, “Relax and enjoy, I think this is my
finest work yet.”

A video remote
appeared, and with a click of a button, the screen filled with a highway scene.

Her car passed by
the video camera and cut in front of an eighteen-wheeler, within a blink, the
front tire burst and the little car swerved out of control. The truck driver
had no time to react before he barreled into the little Scion XA, sending it
rolling down the highway where it skidded to a stop on its roof.

Jessica caught a
glimpse of brown hair covered with blood against the driver’s side window. The
scream of brakes filled the room and the truck hit the demolished car again.
The little vehicle exploded and the truck pushed the flaming car another
hundred yards before both came to a halt.

People swerved to
the side to view the wreckage and sirens wailed in the distance. The car taping
the accident passed by the excited crowd gathering on the highway and Jessica
saw the charcoaled remains of the driver in the wreckage that was her car.

“Oh God,” she
gasped, glancing down at her legs, fully expecting to see burnt skin. Her legs
were bare and unmarked, no sign of harm from the fire, from the accident she
had no recollection of. “I, I, I don’t understand.”

She twisted her
wrists in the iron bands holding her to the hard chair. Straps held her head in
place and when she tried to move her legs, hard cold metal around her ankles
stopped them. She stared at the screen in confusion. “I…I…,” she trailed off
and the memory of being attacked at her car came flooding back. Jessica’s heart
rate tripled and uncontrollable tremors gripped her bound frame.

“Mmm, the death of
Jessica Connor.” The smooth edge of his fingernails trailed down her bare arm.
“They all believe you died in that crash. It was all over the news this
evening.” The husky voice laughed and he came around the chair to stand in
front of her. The man frightened her more than the video had. He squatted down
from a height of a little over six feet to her level, and rested his arms on
his knees. He was fit, like a quarterback, lean and powerful, with light
chestnut hair slicked away from his face. When he smiled, his perfectly
straight teeth seemed unnaturally white in contrast with his eyes, which looked
black in the dark room—black and devoid of any hint of humanity as they breezed
over her. A hideous scar ran from just below his eye to under the jawbone,
breaking the left side of his face. Under normal circumstances, she would have
described him as handsome, even with the scar on his face, but the lack of
emotion in his eyes made Jessica recoil farther into the chair.

“Unfortunately
that’s not really how your life will end,” he said. “But until that time comes,
we are going to have a world of fun!” He sat back on his haunches and smiled
and their eyes finally met.

His eyes flashed,
revealing the striking blue irises for a brief moment, becoming almost
iridescent in the dark room. Something clicked deep inside her and she couldn’t
catch her breath. Her skin screamed as if doused in flames and terror gripped
her, along with something else much more frightening.

She yanked her
mesmerized gaze away from his, bringing it back to the blank screen,
understanding slowly seeped in and her fear turned to rage.

“You bastard!” She
struggled to free herself.

He put his hand on
her bare leg and slid it up her thigh. “You will be begging me for it before
this is all over,” he said, his breath hot and foul.

“Never!” She
squeezed her eyes shut.

The man laughed
and pulled his hand away. He stood. “That’s what they say at first, but I
always win.”

Her eyes snapped
open and she clenched her jaw in defiance. “Not in a million years.”

He stepped back
and pressed a button on the remote.

Burning pain
filled every cell and she screamed through a clenched jaw, her body rigid from
the electricity passing through her. The buzz in her ears nearly drowned out a
distant voice crying, “No!” Her eyes rolled up to the ceiling and her body
convulsed in the restraints.

“I always win,” he
said and released the button. “Always.”

His declaration followed
her into the darkness.

An urn, a picture
and dozens of yellow roses graced the alter. The organ played solemnly as
people shuffled into the church.

Daniel Connor sat
in the front pew staring into space with his arms around each of his children.
His daughter, Emily, cried softly while his son, Eric, played with little Star
Wars figures. But he sat stoic, his emotions locked inside since that first
phone call, the words yanking the air out of his lungs and turning his bones to
gelatin. The wall supported his slow descent to the floor, the words of the
officer jumbled, warbled in his ears like he was submerged in water. When he
regained the ability to breathe, that’s when he realized his heart had been
torn from his chest and what remained was an endless hollow cavern.

“Shhh,” Daniel
cooed into his daughter’s hair. A hand touched his shoulder and he looked up to
find his in-laws entering the row. They shared the same shell-shocked look and
Daniel could relate. His world plummeted into turmoil with that phone call and
the hole in the center of his chest blasted a hundred times wider when he had
to identify his wife’s burnt remains.

They sat in
silence and the memorial service began. The priest shared inspirational words
for the family about their loved one being at peace with God, but it did
nothing to fill the hollowness in his soul. He didn’t want to know Jessica was
in heaven, he wanted her here to help raise their family, to watch them grow,
to rejoice and celebrate year after year together. He wanted his wife, and as
family and friends shared stories, Daniel listened with a bitter and empty
heart.

Twenty years gone
in the squeal of tires and exploding gas.

Twenty years and now,
he was alone.

A tug on his
sleeve caught his attention as they were walking out of the church and he
looked down at his son.

“Daddy, don’t be
sad, Mommy’s just sleeping. The bad man isn’t hurting her,” he said and then
resumed playing with his Luke Skywalker figure.

Slicing through
the bitterness, his son’s innocent words struck hard and the empty cavern
flooded, hot burning tears choked him and for the first time since getting the
call, Daniel cried, a harsh rasping sound like sandpaper on steel escaped and
the words croaked from his throat. “Eric, your Mom isn’t coming home.”

“Yes she is.” Eric
smiled and went back to playing with his toy.

Daniel stared at
his son, catching his breath and wiping the tears from his face aware of the
people filtering around to pay their respects. He wished he shared the same
delirious oblivion. Instead, he swallowed the bitter taste that filled his
mouth and burned his throat, blinking the last of the stinging tears away and
focused on the people in front of him, extending their hands and condolences.

Ty Aris paced back
and forth watching his stepsister work on his latest acquisition. His bright
blue eyes swept over his prisoner’s body. Anticipation thrummed through his
veins. He licked his lips and checked the IV in her arm before resuming his
hunter’s pace.

“Be patient,”
Marian snapped and continued the tedious task of administering electrolysis to
Jessica’s legs. “You want her to be perfect, that takes time. Besides, you
don’t want to give someone else a razor, now do you?” She diverted her eyes
from the magnifying glass to meet his gaze.

Ty shook his head.
The last time they gave someone a razor to shave, they found her dead in the
bathroom.

Marian let out a
huff. “I probably would’ve done the same considering the alternatives.”

Jessica stirred,
her eyes fluttered open and she struggled against the bonds.

“Shit,” Marian
swore and grabbed a needle. She filled it and pushed it in the IV line, slowly
releasing the sedative into her system.

Jessica’s eyes
closed and the taut muscles relaxed once again.

“You’re gonna have
your hands full with this one. She’s a spitfire,” Marian said. “Anytime she is
remotely conscious, she fights.” Marian went back to the task of permanently
removing the hair from Jessica’s legs.

He studied the
slight form, inhaling, her last defiant words echoing in his ears.
Not in a
million years.
“We’ll just see about that,” he muttered under his breath.

The first time
their eyes met, it jolted him, like the surge from a bolt of lightning. Every
sense heightened, tingling, overwhelming like nothing he had ever felt before. His
heart stopped beating, his lungs closed for the fraction of a second their eyes
locked, and then a rush of pure liquid fire engulfed him. He wanted that
instant high again and couldn’t wait until she was conscious.

This one, this
little wild cat was his and his alone.

“When will you be
done?” Ty asked again.

“Another month or
so.”

He ran his hands
over Jessica’s bare breasts and smiled.

“Go play with your
other toys,” Marian barked and slapped his hand away. “I’ll let you know when
she’s ready.”

Ty nodded and
slipped out of the procedure room. Periodic locked steel doors broke the gray
concrete halls. Strolling past the doors and into the control room of the
complex he had built from a large underground bomb shelter, he glanced up at
the monitors and grinned.

Who am I going
to play with today?

Carol Cox by Trouble in Store
Uncontrollable Temptations (The Tempted Series Book 3) by Infante Bosco, Janine
Dormia by Jake Halpern
Wrath of the Blue Lady by Odom, Mel
Sex with the CEO: A Billionaire Romance (The Midnight Collection Book 1) by Cross, Kassandra
El contrato social by Jean-Jacques Rousseau
Sea of Love (Love in Bloom: The Bradens, Book 4) Contemporary Romance by Foster, Melissa
We Are Still Married by Garrison Keillor
A Parchment of Leaves by Silas House
The Blue Ghost by Marion Dane Bauer