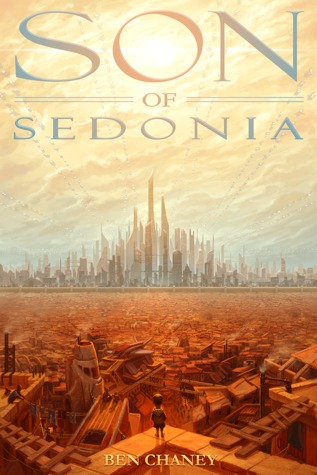 For Mom, Dad, and the amazing friends
who pushed, supported, and tolerated my
excuses along the way.

And for anyone with a wall to climb.

JOGUN’S SHOULDER BAG
swung wide as one of the grown-ups knocked into it. He stumbled on his scrawny, six-year-old legs in the dusty Falari Market street. Might as well have been invisible. There in the morning crowd, that was a bad and a good thing. Bad because he got treated like shit and people ran him over. Good because they didn’t notice his hands darting in and out of their pockets. At least most of the time. Sometimes he had to run.

Jogun steadied himself then shrugged the strap back into the callus on his shoulder. The pinching weight made him smile. It had been a good day. A few jewels made of polished glass and circuit board shards. A whole bottle of aspirin. Two nine millimeter magazines, one regular and one hollow point. Even a small propane tank, half full. All of it clinked heavily in his bag as he made his way through the buzzing market.
No way he’s gonna hit me tonight...
He breathed a little easier, but there was one last thing on his list before going home to find out.

He saw it ahead to his right, piled on a high counter. Bread. Long loaves of it, fresh from the cinder block ovens. He waded through the crowd of colorful fabrics and stood at the end of the line to wait his turn. Stealing food was a sin. Prayers didn’t come true if you used sinful bread at the Stepstones. The baker called him to the counter.

“Whatchu got?” asked the baker, scowling down at Jogun through dark, black wrinkles. Jogun rifled through his bag and came up with the aspirin. He grabbed the lid and twisted hard, but the cap wouldn’t budge.
Not givin’ him the whole thing...
He tossed it back in the bag and kept digging.

Jogun’s little fingers closed around one of the jewels. Tiny gold lines glistened in pretty patterns on its shiny green surface. He reached up and handed this one to the frowning baker. The thin, flour-covered man squinted at the jewel, put it in his pocket, then tossed a quarter-loaf down to Jogun.

“Thank you,” said Jogun, smelling the loaf. As his stomach growled, a low rumble rolled down through the market. Everyone’s head snapped up. The slate gray sky hung heavy above them. Rows of tiny white headlights crept in long straight lines against the clouds. Afternoon aerial traffic from the City. As the crowd whispered rain prayers to God or gods, Jogun frowned up at the distant cars.
I hope you all crash.
He stuffed the bread in his bag and set out west toward the Rasalla River.

The Blue Ladies gathered past the edge of the Stepstones’ concrete shore, ankle-deep in the shallow, oily water with hands locked in prayer. Dwellers of all kinds gathered at the water’s edge, sending little floating lights downstream. Jogun approached the beached long-boat by the water. The Blue Lady inside smiled up at him and happily showed her lack of teeth in the light from dozens of candles.

“A good day for prayers, young man,” she said. “God has shown he’s remembered us.”

“Bless you, sweet boy, here you go.” With both sand-colored hands, she offered him the flower. Cut soda-can petals splayed out in colorful layers of red, silver, and green. A squat wax candle filled the center. Head bowed, he accepted it. With a long reed, the old priestess passed flame from her candle to his.

“Go on,” she smiled warmly and nodded to the River.

Jogun walked carefully down to the edge, found a bare spot by the water, and knelt. He closed his eyes.

“God hear me,” he said under his breath. “Please protect Mama, and me, and my new baby brother or sister and make Dad go away. I promise I’ll take care of us after. Amen.” Jogun stooped, placed the flower gently in the water, and let go. He watched the light float past the Blue Ladies and toward the round mouth of a tunnel. There, it joined the other prayers in a flickering, starry stream. The first drops tapped his shaved head like an answer. He stood and looked up, savoring the damp, earthy smell.

The rain built to a downpour on his way home. Dwellers danced and sang on the rusted streets, balconies, bridges, and rooftops beside their catch basins. Too many languages to count. Jogun broke into a run through the muddy neighborhoods. He’d be in for it if their basin wasn’t flipped...but maybe his prayer had come true.

He was completely drenched by the time he got there. His thin, oversized tank-top clung to his narrow frame. The grey-green freight container apartment sat highest on the Stack, staring down at him. The fight last night had been one of the worst he could remember and the look on his mother’s face was fresh in his mind. Sad. Broken. Surrendered. The way she had cradled her swollen belly...

Their plastic front door was cracked open when he reached the top of the rickety stairs. The water basin sat upside-down and unmoved next to the door. Jogun flipped it over to let the rain collect and used some to rinse the mud from his feet. Through the crack in the door, the apartment looked pitch black. He leaned in.

“Dad? Mama?” His voice came out in a squeak. No answer. He strained to hear through the noise inside. Rain on their metal roof sounded like machine-gun fire.
Not home
. He breathed a sigh and walked in. When the door shut, a faint whimper rose above the noise. He tensed as he saw the pale light at the far end of the room.

Jogun’s father stood motionless outside the back door on the balcony, facing the shining Sedonia City skyline in the east. Jogun’s eyes adjusted to the dimness of the apartment. Signs of both last night’s fight and a new one were all around. Overturned crates, boxes, and tables. Their radio smashed to pieces in the corner. Broken bottles and glass lamps shattered and scattered and now...blood. A lot of blood. A spreading puddle of it led to the family mattress and stained the edge. A soaked woolen blanket covered a limp, curvy shape on the bed.

Jogun’s heart sank and pounded near his stomach. The fingers on his small hands flexed as one foot crept in front of the other toward the bed. Keeping one eye on Dad, he knelt next to it. Pulled back the blanket.

The wide-open pupils of her blue eyes stared at him. Through him. The color had gone from her light brown skin. Her full lips gray and dry. Jogun dropped the blanket and threw up beside the bed.

“That you, boy?” his father said without turning. “Toss that bag in the corner, I’ll look through in a minute. Better be more’n last time.” Jogun heard the whimper again, louder now and coming from the balcony door.
The baby!
Shaking and dizzy, Jogun got to his feet, picked up his satchel, and reached inside. Closed his fingers around a pistol grip. Hesitated.

“Told the bitch she couldn’t have any more. Now I gotta deal with it.” It sounded like he was talking about the chores or something. Jogun’s hand whipped out of the bag gripping the jet black nine millimeter pistol. It was so heavy he almost dropped it.

The big man turned with a sneer twisting his dark leathery features. A brown-skinned, newborn baby boy lay naked in his arms. It sputtered and coughed between brittle cries in the rain.

“If I gotta take that from you,” Jogun’s father growled, “you won’t get it back.” They glared at one another as the room dimmed. Another clap of thunder.
Shoot. Shoot!
Jogun’s trigger finger wouldn’t obey. His arms drooped under the weight of the pistol. Dad snorted. Turned back into the storm.

Jogun couldn’t hear a thing over his throbbing heartbeat. Sobs choked in the back of his throat. Then a sharp wail ripped through the room. His baby brother’s. Jogun raised the gun and pushed back the hammer with both thumbs. He squeezed the trigger.

ON TOP OF
a low island chain of concrete apartments, Matteo could almost see everything. Didn’t matter that he was short, sick, and weak. Countless hazy miles of the living, breathing Slums surrounded him. The cracked, sun-drenched streets. Tin roofs and awnings sticking out from cheap brick apartments. Gutted spacecraft and hull fragments turned into neighborhoods. And a dizzying network of scaffolding, catwalks, and plank bridges tying it all together. He grumbled at the mess. Squinted further east through the early afternoon heat.

Towering bright and proud above the Slums, Sedonia City glittered in silence. Matteo’s big brown eyes traced the ivory skyscrapers at the center and carved each of them into memory. Early rush-hour traffic flew high overhead, to and from the center.
Where do they go?
He saw one ship had a cluster of glowing, blue-green engines on its belly. He watched it shrink into the skyline until his eyes watered. But as his gaze drifted down, his nose crinkled. The Border. A half-mile high, concrete barrier that separated City from Slum. He raised his hand in front of his face, blocking everything under the Border from view. Smiled.

The sting of the soccer ball came without warning, slapping him in the face. It knocked him off his tiptoes, down into the dust of the rooftop. Against the pain, he pushed himself up on shaky, bony arms. Realized he couldn’t breathe. Panic flushed through him as he fumbled at the clear plastic tube under his nose and pressed the release. Cool mint air rushed in. The airway relaxed.