Somewhere to Hide (The Estate, Book 1) 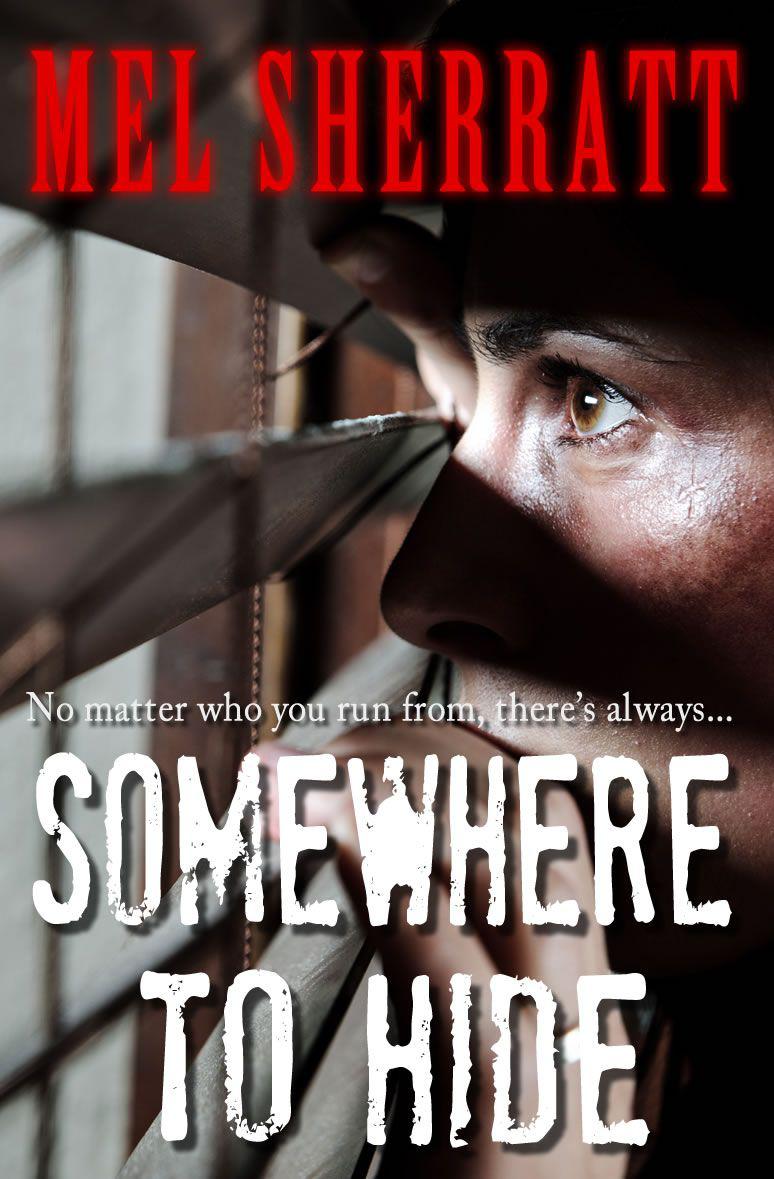 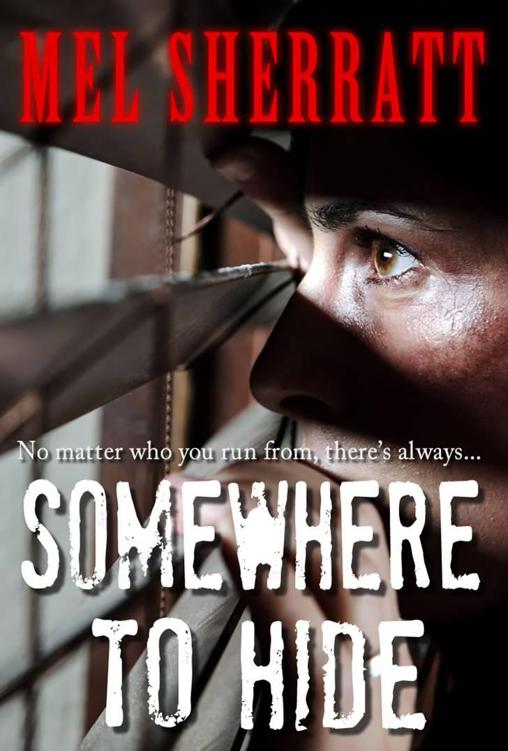 All characters and events featured in this publication, other than those clearly in the public domain, are entirely fictitious and any resemblance to any person, organisation, place or thing living or dead, or event or place, is purely coincidental and completely unintentional.

All rights reserved in all media. No part of this book may be reproduced in any form other than that which it was purchased and without the written permission of the author. This e-book is licensed for your personal enjoyment only. No part of this text may be reproduced, transmitted, downloaded, decompiled, reverse engineered, or stored in or introduced into any information storage and retrieval system, in any form or by any means, whether electronic or mechanical, now known or hereinafter invented, without the express written permission of the author.

Liz McIntyre woke up with a start when she heard the front door slam shut. She looked at the clock to see it was just past midnight. A further check around assured her that the room was tidy. She jumped to her feet and rushed into the hallway.

‘Hi, had a good night?’ she asked her husband tentatively.

Liz’s heart sank as he pushed past her. She watched him drop heavily onto the settee.

‘Make us a drink,’ he said without looking her way. ‘Coffee will do.’

In the kitchen, Liz’s hands shook as she filled the kettle with water. She hated Kevin when he was sober. Sober Kevin was crueller than drunken Kevin. Quickly, she reached for his Super Dad mug.

‘I’ll have some toast while you’re at it,’ he shouted through to her.

When she went back into the living room, Kevin was flicking through the television channels. Liz placed the mug and plate on the coffee table. She glanced at the clock again: half past twelve.

‘Is it okay if I go to bed while you eat that?’ she asked quietly.

‘No. You can stay here until I tell you otherwise.’ His eyes came up to rest on hers and he patted the empty cushion. ‘Right here, next to me.’

Liz willed her legs to bend and sat down. Fifteen minutes later, Kevin had finished his meal, finished his drink and finished with her as he fastened his trousers again.

‘Not very exciting, but at least you’re clean and tidy,’ he said, standing up.

Liz pulled her dressing gown around her body. Maybe now he’d let her leave the room. But then she felt his eyes on her. After a moment, she looked up, her sense of dread escalating.

‘Why did you do that?’ When she didn’t reply quickly enough, he grabbed her roughly by the hair. ‘I’m talking to you!’

Liz gasped as he pulled her to her feet. His eyes were menacing, saliva glistening on his lower lip.

‘The minute I got off you, you covered yourself up. Do I repulse you that much?’

‘You lying bitch.’ Kevin pulled harshly at the belt of her dressing gown. ‘You don’t look so good yourself.’ Through the thin material of her nightdress, he squeezed her breast, causing her to gasp out in pain. ‘Look at you. Not even a decent handful. You’re nothing but skin and bones. I wonder what other people would think of you. Take it off.’

Liz shrugged off the dressing gown, letting it drop to the floor.

‘Please, Kevin,’ he mimicked cruelly. ‘Take it off.’

Silently, she removed her nightdress. Standing naked before him, she covered her breasts with a forearm.

Kevin pulled her roughly by the elbow, marching them both into the hallway. ‘Let’s see what other people think of your pathetic, skinny body,’ he said as he opened the front door.

With a shove Liz lurched forwards, landing heavily on the front path. The gravel embedded itself into the skin of her palms and knees but she stayed quiet.

‘Down on all fours. That’s a great pose for you,’ Kevin sneered behind her. ‘You’re nothing but an ungrateful bitch anyway. So if you act like a dog, expect to be treated like one.’

Hot tears welled in Liz’s eyes but she had to keep calm. It was the middle of March and although it wasn’t too cold outside she was vulnerable. She had two people to think of right now, and she didn’t want Chloe to wake up either. If she didn’t play it cool, Kevin would make her stay outside all night. As if that wasn’t bad enough, from the corner of her eye she noticed a curtain moving in the bedroom window of the house next door.

Pushing her humiliation to the back of her mind, she sat up on her stinging knees and turned back to face him. She knew what she had to do.

‘I’m sorry,’ she whispered, tears coming freely now. ‘How can I make it up to you?’

Kevin leant on the door frame, one foot crossing the other. His arms were folded: his eyes seemed to be mocking her, daring her to come back at him and stand up for herself. Then all of a sudden, he came outside. Liz flinched as he drew near but gently he helped her to stand up again. He turned over her hands, checking the bleeding palms.

He marched her into the kitchen and sat her at the table. While he rummaged around in the kitchen cupboards, she sat shaking violently but unable to move for fear. Finally, he found what he was looking for and held it up triumphantly.

‘TCP.’
His grin was almost manic. ‘It’ll hurt but it’s for your own good.’

Fear gripped Liz as she realised his intention. Instinctively, she moved away but he grabbed one of her hands, turned it palm up and poured the liquid over it.

By now an expert on pain from slaps, punches, even the odd bite, Liz braced herself. Waves of heat radiated through her hand and up her arm. She did the worse thing possible. She screamed.

Kevin slapped her, the whole weight of his body behind it. Her head reared to the right, knocking her off balance and she fell to the floor. She scrambled towards the door. Kevin grabbed her ankles and pulled her back towards him. She kicked out, still thinking she could get away if she was quick. But the pain in her palm was nothing like the pain of his heel digging into the top of her hand. She screamed again.

‘Shut up,’ he warned. Then he kicked her in the stomach. ‘If anyone alerts that stupid bitch from the housing association, you’ll get more like this.’ He kicked her again.

As his fists started to fly, Liz curled up into a ball. Suddenly her hands didn’t sting anymore: everything did. She fought for breath with every blow but she had to keep quiet until it was over. It was the only way she knew she would survive.

Forty miles away, Becky Ward had also been woken up by the sound of a front door slamming. She knew it would be a while yet before her bedroom door opened but, even so, she slid her hand underneath the pillow and curled her fingers around the handle of the knife.

Above the sound of her drumming heartbeat, she heard the television go on and the sound of bottle tops being removed. Cupboards opened, the smell of chips wafted up the stairs and then silence as her dad and uncle settled down to watch the television.

She looked at her watch: just gone midnight. She’d bet her new trainers that Uncle James would come creeping in before half past twelve, with his sweet words and his stale breath, his roaming hands and his heavy body. But this time there would be no more defenceless Becky. No more giving in until it was over. This time, she would fight for both of them.

Her fingers gripped tighter round the knife handle as she recalled the first time it had happened. She’d been eleven, too young to push him away when he’d slapped her hard. James had been thirty-five, two years older than her dad and, as the older brother, thought he could do what he wanted. He’d threatened her with much worse if she told her dad what was going on. But now she was going to get her revenge, which in turn would give her the proof she needed. Then she would tell her dad.

A long twenty minutes later, Becky heard the living room door open and heavy footsteps came up the stairs. She held her breath as they stopped at the top of the landing. They moved to the bathroom but were back within minutes. Becky flicked open the knife. As she saw the handle go down on her door, she pushed it underneath the mattress.

James Ward stood in front of her, the belt to his jeans hanging loose. Like Becky, he was tall and thin, but with the added advantage of plenty of bulk to hold her down. Blue eyes darted backwards and forwards as they tried their best to focus.

‘Switch on the lamp,’ he slurred. ‘I want to see you tonight.’

Becky did as she was told, silently praying that she’d have the strength to go through with her plan.

James lifted the corner of the duvet and leered at her.

She took off her pyjama top and dropped it to the floor; she watched his eyes widen as she removed her pyjama trousers and dropped them too. Wearily, she lay there as he looked her up and down before getting in beside her.

‘This is still our secret,’ he told her as he kissed her neck. He pressed hard on her firm breasts. ‘No one would believe you anyway, would they?’

He’d said the same thing every time he visited. Over the years, the words had changed, become less aggressive because Becky had given up fighting. When she was eleven and frightened that he would tell her father, Becky let him do it because she didn’t know any better. When she was thirteen and a little taller, she’d started to fight him off but the punches back had hurt. When she was fifteen, the first time she’d been pregnant, she’d succumbed to him. If she didn’t protest, it was over and done with quicker. But now, this time was different.

James kissed her on the lips, the face, the neck, big sloppy kisses and rancid breath. Becky felt her body stiffen at his touch and willed herself to give in for a few more seconds. She closed her eyes tightly as she felt the weight of him, almost dead heavy. He ran rough hands over her body, lower, lower. He pushed her legs apart and rolled on top of her.

As soon as he’d slithered his jeans down to his knees, she reached for the knife. With all her strength, she thrust it into the side of his leg.

‘Get off me,’ she said, still holding the knife in her hand.

James put his hand to his leg. It came away covered with blood. ‘What have you done, you stupid bitch!’

Becky watched his eyes roll around in their sockets. She pushed him away and got out of the bed. Breathing heavily she stood in the middle of the room, listening as he cried out in agony; watching while the blood running from his leg pooled onto the sheet. She wanted it to soak through to the mattress. That was the evidence she needed. To say he’d been in her bed.

Suddenly James flopped sideways, his shoulder taking his weight against the wall. His eyes closed, his body stilled.