Read So It Begins Online 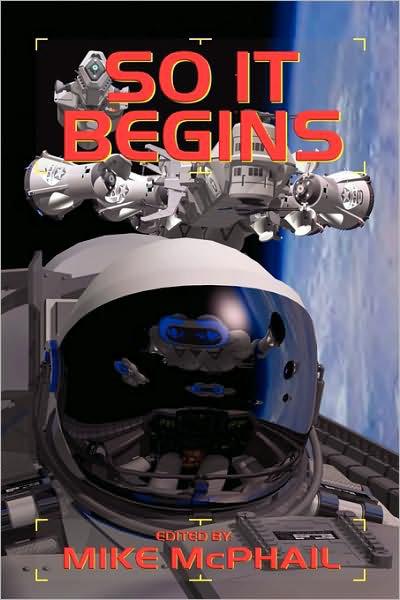 Praise for
Breach the Hull
,Book One in the Defending the Future series Winner of the 2007 Dream Realm Award

"There is more than enough great SF in Breach the Hull for any true fan of the genre, military or not."

—Will McDermott, author of
Lasgun Wedding

"I enjoyed this book and heartily recommend it."

"Pick up Breach the Hull. You're sure to find stories that you like."

"[Breach the Hull] kicks down the doors in a way that allows anyone access to the genre[ . . . ]it read like a bunch of soldiers sitting around swapping stories of the wars. Fun, fast-paced, and packed with action. I give it a thumbs up."

"[Breach the Hull] is worth the purchase. I normally don’t partake of anthologies as a general rule . . . but Mike McPhail has done a great job in making me rethink this position."

"Breach the Hull is full of excellent stories, no two of which are the same. While similar themes crop up throughout, each writer has managed to take the subgenre and make it his own."

"A collection of military science fiction from a well mixed group of authors, both new and established. Found it a good source for  some new authors to investigate."

The Defending the Future series

By Other Means
No Man’s Land

Book Two in the Defending the Future series

Individual stories ©2009 by their respective authors.

All rights reserved. No part of the contents of this book may be reproduced or transmitted in any form or by any means without the written permission of the publisher.

THE LAST REPORT ON UNIT TWENTY-TWO

THE NATURE OF MERCY

THE BATTLE FOR KNOB LICK

LOOKING FOR A GOOD TIME

This book is dedicated to the memory of:

See the back of the book for Surrender or Die, a special bonus story, and the previously unpublished beginning of the fourth DemonTech novel.

Dan stared out across the rolling green fields, over two vaporous snippets of cloud and up to the faint, ghostly disk that hovered high in the vault of the deep blue sky. He held his breath and then sighed it out very slowly. A daytime moon always made Dan think of traveling in space. At night, the white disk was solid, not spectral, its bold materiality inviting an exacting consideration of the starkly detailed craters. Dan craved a telescope at those times, felt an amateur astronomer’s call draw him from the moon to the stars. He imagined swiveling the telescope and adjusting the lenses until those distant suns no longer twinkled, but shone fully and frankly at him.

But a moon in the daytime sky was an object of haunting fancy; it seemed to beckon rather than reveal. And so he always daydreamed of travel up, up into the seamless skies that began as cerulean, deepened to sapphire, fell through to blackness—adorned only by the stars that out there, as in the telescope, would have shone rather than winked at him. But that was all a dream—at least for one such as himself. Had he been allowed to study for the doctorate—well, his life might have gone differently. Indeed, everything might have gone differently.