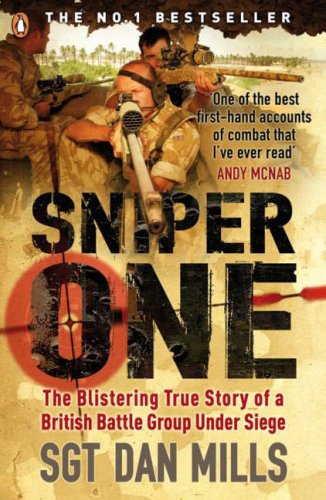 Praise for
Sniper One

"A gritty, speedball run . . . strong, cohesive, and complete . . . it plugs the reader straight into the blood and guts of the action."

"A highly charged, action-filled, adrenalin-pumped, page-turning read that, frankly, knocks the socks off all previous British accounts in this genre."

"Full-on graphic detail . . . you can practically taste the dust and the cordite. . . . Quite simply, this is one of the best firsthand accounts of combat in the Second Gulf War that I've ever read."

"The most vivid account ever of total combat on Iraq's front-line."

On Scope and Under Siege with a Sniper Team in Iraq

Sniper one : on scope and under siege with a sniper team in Iraq / Dan Mills.

First published in Great Britain as
Sniper One: The Blistering True Story of a British Battle Group
Under Siege
by Michael Joseph, an imprint of Penguin Books

For Chris Rayment and Lee O'Callaghan, who didn't make it home

Page 9 to 16: all images on these pages copyright Sniper Platoon, 1PWRR, Telic 4.

Every effort has been made to trace copyright holders. The publishers will be glad to rectify in future editions any errors or omissions brought to their attention. 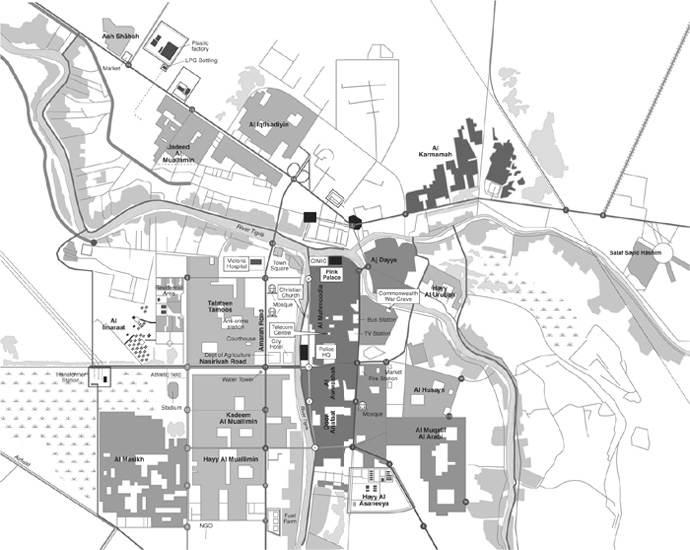 I would like to thank: Rowland White, for his faith, foresight, advice and enthusiasm from the word go; Tom Newton Dunn for the mountain of hard work, skill and dedication that made it all happen; and Carly Cook for her keen eye and excellent suggestions.

Sue for her unfailing support while I was in Iraq, and Sandra for her support and patience during the research and writing. Chris Mulrine and Adam Somers for when my memory began to fail me, Defence Public Relations (Army) for their honest advice, Rebekah Wade at the
Sun
for releasing Tom, and Mark Spicer for giving me the bug.

My daughter Elizabeth for watching over me, and my son Morgan and daughter Alexandria for giving me a reason to come home.

The men of fighting Y Company; in particular Captain Simon, Ian and Dalebert. Finally, all the chosen men of Sniper Platoon who I had the extraordinary privilege of leading and fighting alongside. Keep your heads down.

When you go home tomorrow, don't expect anyone to know what you have been through. Even if they did know, most people probably wouldn't care anyway. Some of you may get the medals you deserve, many more of you will not. But remember this. All of you are now members of the front-line club, and that is the most exclusive club in the world.

H was the first to spot him, from his position of height as top cover on the back of Daz's Snatch Land Rover.

As soon as I heard the call, my eyes darted to the gunman. The moment you hear a gun is trained on you, you scan for targets. And there he was, in the top window of the sinister three-storey building inside a well-fortified compound. Unusually for buildings in Al Amarah, it had a fresh coat of white paint and bars across every window.

As my eyes found him, he began to slide an AK47 through the iron grille. The metal barrel glinted in the bright sunlight as the gunman moved slowly from side to side. He couldn't seem to decide which of the nine of us he wanted to aim at first.

I was already walking backwards to my Land Rover, the other vehicle in the small patrol, which was parked up 50 metres further down the road. But Daz's vehicle was just 15 metres across a road from the compound's front gate. If the gunman was anything like a decent shot, we were all sitting ducks.

He was in animated conversation with a couple of his other stooges; one older, one younger. All of them were bearded, dressed in black dish dashes and wore green canvas chest rigs. They seemed to be jabbering away, I could almost
hear them weighing up the situation: 'Shall we, or shan't we?'

Then the compound's heavy gates slammed shut with a loud metallic clunk. The four angry blokes with the same heavy Islamic beards who had been shouting at Daz and I had abruptly scrambled back inside.

They're thinking what I'm thinking. This is going to kick off. I know it.

It was only the first time we'd been this far away from base. But I'd done enough tours of Northern Ireland to realize what was going on here.

The mood was changing very rapidly from bad to terrible. My brain scrambled to keep up with the pace of events. I had already decided to get the fuck out of there and told the boys to mount up. Now it looked like we'd run out of time already.

Immediately and involuntarily, my pace quickened as I continued to walk backwards. I wanted to turn round to look where I was going, but I didn't want to take my eyes off that clown in the top window.

Fuck it. How did we get into this mess so quickly?

I couldn't turn and run to the Snatch, because that would mean we'd lose face in front of these nutters, whoever the hell they were. And the British Army doesn't do that. But I also knew it was no time to hang around.

Don't get excited, Danny Boy. Keep the heart rate slow and concentrate, you're no good to anyone panicking like a big girl.

'I've got eyes on,' shouted Smudge.

'Seen,' said Ads, along with a couple of other blokes a second later.

It had taken no more than four seconds for the three other top cover boys in the two Snatches to focus their Minimis on the top window.

Good. At least the boys are all wide awake. Then again, it wouldn't have said much for my training if they weren't during a drama like this.