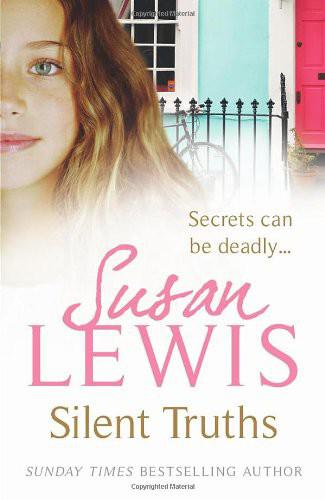 When journalist Laurie Forbes turns up on Beth Ashby’s doorstep, minutes after Beth’s husband, political high-flier Colin Ashby, has been arrested for murder, neither can even begin to guess the shocking repercussions that have just been triggered in both their lives.

Beth attempts to escape from her shattered life by throwing herself into the kind of reckless high-living that seems destined for disaster, while Laurie finds herself being threatened, terrorised and even taken prisoner for what she knows.

As the dangerous truth draws closer, Laurie realises that if she is to save Beth from those already preparing to destroy her, she must put her trust in hated rival journalist Elliot Russell and face up to a ghost from the past …

Susan Lewis is the bestselling author of twenty-seven novels. She is also the author of
Just One More Day
and
One Day at a Time
, the moving memoirs of her childhood in Bristol. Having resided in France for many years she now lives in Gloucestershire. Her website address is
www.susanlewis.com

Susan is a supporter of the childhood bereavement charity, Winston’s Wish:
www.winstonswish.org.uk
and of the breast cancer charity, BUST:
www.bustbristol.co.uk

Dance While You Can

Out of the Shadows

One Day at a Time

A very special thank you to my friends Ernie Back and Don Tait for their invaluable support during the writing of this book. The financial aspects of the story were patiently and expertly overseen by Ernie, and I must stress that any inconsistencies or errors are solely the responsibility of the author. Not for the first time Don came to my rescue with help and guidance for the legal parts of the story, and again I claim all responsibility for any inaccuracies that might have inadvertently occurred.

A very warm thank you to Melinda Speck for so generously inviting me into the W Hotel in Los Angeles. An absolute must for anyone visiting LA! And to Andrew Solum and Stephen Kelly for allowing me to ‘use’ their gorgeous house in Docklands.

My thanks also go to Pamela Salem for introducing me to the wonderful villa in Mexico that hasn’t only served the characters in this book so well, but so many fortunate friends too! And last, but by no means least, thank you to my agent, Jonathan Lloyd, for his loyalty, support and wonderful sense of humour.

Beth Ashby looked at the slight, scruffy blonde whose anxious eyes and half-flushing cheeks made her seem younger than she probably was. Twenty-six, twenty-seven, Beth guessed. Certainly not yet thirty. By comparison, at thirty-eight, Beth felt depressingly overcooked. She also felt too tall, gangly, like a scarecrow whose limbs were longer than its body, and immediately envious of the girl’s natural femininity. However, despite the display of nerves and embarrassed hesitation, this was no fey miss, Beth thought, or she wouldn’t be here, would she?

What was the girl thinking of her, Beth wondered. Would she like to swap that flimsy blonde topknot for Beth’s copious brunette curls? Some said Beth’s hair was her best feature. Others preferred her almond-shaped eyes, while a number of men had commented on her wide, shapely mouth, seeming especially to admire the pointed twin peaks of the full upper lip. No prizes for
guessing the thoughts behind those particular compliments – male subtext might be unspoken, but it still managed to deafen most women. Personally, Beth favoured her nose, simply for being unremarkable. She didn’t like to stand out, which was why she dressed in dark, shapeless clothes, like the olive baggy pants she’d just dragged on, and oversized brown linen shirt, but now, confronted by this phosphorescent blonde, she felt like the afterburn of a forty-watt light bulb.

So, who was she – this girl standing on the doorstep in a shiny blue raincoat and frayed denim jeans? The embodiment of Beth’s unending nightmares? The long-term mistress? The HIV carrier? The flighty little trollop with oversized tits and a firm, but fleshy bum? Why had she chosen now, today, to come? Was she pregnant? Is that what she wanted to discuss? Or had Colin chucked her and, in a fit of seething vengeance, she’d rushed over here to expose everything from his infidelity to his secret embezzlement of government funds?

The thudding of Beth’s heart was silent but hard. She knew this was going to hurt and had no idea yet how she would handle it. In a sudden bid for survival her mind swerved from the obvious and seized the doubt of this girl being a mistress at all. She wasn’t exactly Colin’s type, although those noticeably ample breasts and big blue eyes no doubt made her every man’s type, at least for a night.

Maybe she was a plain-clothes police officer come to tell her that Colin and his black, two-seater Mazda had been flattened by a juggernaut on the M25. That would hurt too, though probably him
more than her. Did policewomen wear their hair in such juvenile disarray? Was it possible for them to have such tremulous mouths and guileless eyes?

He might have won something. Or inherited a fortune. Maybe he’d flashed himself at this innocent young mother while she was playing with her child in the park. So many thoughts whizzing around in her head, stirred up by panic, shying away from the obvious, alighting on the comfortingly absurd.

No more than a second had passed and already Beth felt like a she-cat purring over the instinct to kill. She took a breath to answer, not knowing what was going to come out.

‘I’m not married,’ she said, startling herself.

The blonde wasn’t listening. She was looking over her shoulder at the car that had just screeched to a halt against the kerb. A young, balding man in a Barbour and black jeans leapt out. Beth couldn’t see his face behind the camera he was pointing at her.
Oh God, no! No! No!

She tried to close the door, but the blonde jammed a foot against it. ‘You are Mrs Ashby,’ she said. It wasn’t a question.

The man was still clicking.

Another car pulled up.

‘What’s going on?’ Beth demanded, her voice bubbling up through a vortex of fear. ‘Who are you? Stop doing that,’ she shouted at the photographer, who was now focusing his lens on the front bedroom window.

‘Will you stand by your husband over this?’ the blonde hastily demanded.

Beth’s heart was skipping beats so fast she could
hardly breathe. She should have been ready for this. Then she remembered she didn’t know what the girl was talking about, so how could she be ready? She was distracted by another car arriving. Everything was happening so fast. A small crowd was gathering at the gate, a mere six paces from where she was standing. They were reporters, of course, all shouting and clicking at once, starting to scale the wall, about to burst through the gate. The blonde was trying to block her from view, a desperate attempt to hold on to her exclusive. After all, she’d got here first.

Inside, the phone was ringing incessantly.

‘Mrs Ashby! Have you spoken to your husband?’

‘Will you be going to see him?’

‘Did you know the girl?’

Beth’s eyes were wide and scared.

The blonde was watching her closely. ‘You don’t know, do you?’ she whispered. ‘Oh, my God.’ Then before Beth could stop her the blonde was pushing her inside the front door and slamming it behind them.

‘Through here,’ the girl urged and, grabbing Beth’s hand, she tugged her along the narrow hall to the kitchen, as though she knew her way round. The mistress suspicion flared up again. Had she been here with Colin while Beth was out? But no. These Victorian terraced houses were all the same. Everyone knew the layout.

Fists began hammering on the front door. An ugly chorus of voices called her name. Phones all over the house repeatedly rang, stopping when the machine picked up, then starting again.

The blonde shut them in the kitchen, rushed
round the table to lock the back door, then whipped the curtains closed.

‘Is there access to the rear?’ she demanded, peering out.

Beth only stared at her. This was surreal. Less than five minutes ago she’d been coming down the stairs, returning to the computer. Now she was practically hunkering down in the kitchen, hiding like a
Résistante
from a bunch of murdering Nazis. She’d seen a film, recently, with a scene much like this, yet how bizarre that it should come to mind now, and make her feel sad all over again, that the hero and heroine had been caught and killed.

‘You are Beth Ashby aren’t you?’ the blonde said. ‘I recognize you.’

‘What the hell’s going on?’ Beth demanded. There was no need to be hostile, but fear was hard to control.

The phone was ringing again. She reached for the kitchen extension, but the blonde stopped her.

‘No,’ she cautioned sharply. Then more gently, ‘It’ll probably be a reporter.’

Beth almost screamed. ‘For God’s sake!
What
is going on?’

The blonde glanced over her shoulder at the back door. ‘You really don’t know?’ she said, turning back.

‘No, you don’t,’ the blonde conceded.

The blonde fixed her with cautious, watchful eyes. ‘Your husband’s been arrested,’ she said.

Beth opened her mouth, but no sound came out. Then a sudden spurt of laughter broke free of her
throat. Arrested? That’s what she’d said.
Colin
had been
arrested
.