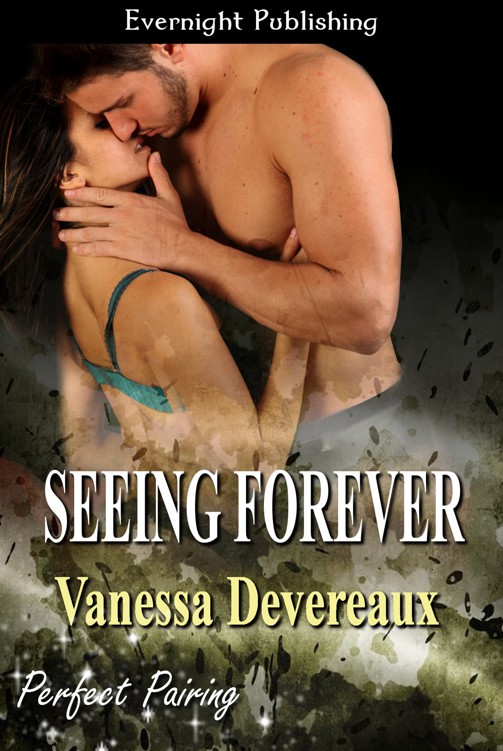 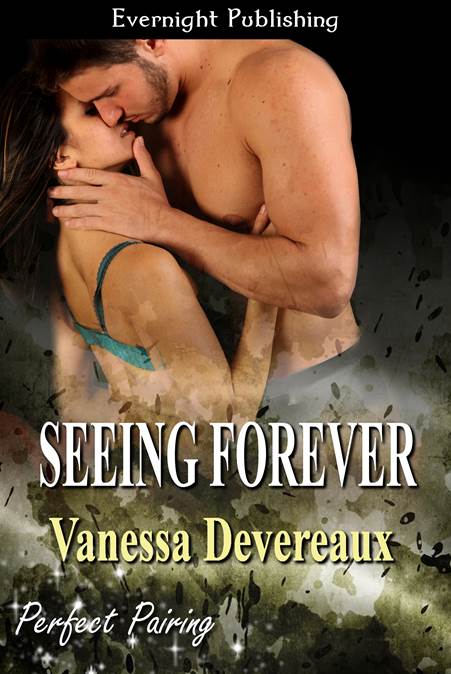 This is a work of fiction. All
names, characters, and places are fictitious. Any resemblance to actual events,
locales, organizations, or persons, living or dead, is entirely coincidental.

For
everyone who’s following the
Perfect
Pairing Stories…

The nurse had finally left for her hour-long
lunch break. While she was gone he usually sat and listened to music, but not today.
Sixty minutes would be ample time to make his way to the bathroom and get his
hands on the pills, so he could free himself from his miserable existence.

He stood and felt for the edge of the couch, inching
his way along. The door wasn’t far. Five steps, if he remembered what the nurse
had told him. His knee caught something hard, tripping him and sending him face
down on the floor. He’d forgotten that the coffee table was right in front of
the couch. Maybe he should have paid more attention when she’d taught him the
layout of the room.

Shit, he couldn’t even get a simple thing like
walking out of his living room right.
Proof that ending it
all was best for everyone.
A tear slid down his cheek as he struggled to
get to his feet again.

One,
two, three, four, five
…this time, it was the door he ran into.
The nurse had closed it on her way out. He opened it and stepped into the
hallway, making his way to the kitchen where he had one more stop to make
before he went upstairs. He felt along the wall and then the edge of the
countertop. Here would be a good place to leave his goodbye note. Luc pulled it
out of his back pocket. He hadn’t written anything since he’d lost his sight,
and he imagined that it looked like a kid had penned it: the lines probably weren’t
even straight.

Luc placed it on the countertop and then remembered
he hadn’t put Josie’s name on it. He didn’t want anyone, except for his sister,
to read it. He searched around for the handle on the drawer, knowing he’d
always kept a Sharpie in there. He pulled it open and pushed his hand inside,
suddenly feeling something sharp nip into his skin.

Fuck, he’d opened the wrong drawer. This wasn’t the
junk drawer, like he’d thought, but the one containing the knives. Another tear
sailed down his face as he felt along the counter for the right one. He pulled
it open and slid his hand inside, finding what he hoped was the pen. He tapped
the top of the counter until he found his note and scribbled his sister’s name
across the front of it. His Braille watch hadn’t arrived yet, so he had no way
of telling how much time he had before the nurse returned. Luc figured he’d better
get a move on, because he couldn’t spend another day in this misery.

He slowly made his way down the hallway. He could
still distinguish dark from light, and noticed the brightness as the sun shone
through the glass in the front door. It meant the stairs were only a few steps
away.

Luc grabbed the handrail and made his way up them,
almost tripping over his own feet when he arrived at the top. If he kept in a
straight line, the bathroom would be directly across from where he now stood.
He made his way there, and once inside Luc felt for the sink, because he knew
the medicine cabinet was directly above it.

He’d once loved this house and yard. Never in his
wildest dreams would he have believed that he’d return from his tour of duty
blind and no longer able to enjoy its beauty.

The nurse had suggested he move into an
assisted living residence, or to a one-level house, but he couldn’t do it. He loved
this place too much ever to give it up. A deciding factor in purchasing it had
been its wonderful views and the peace and quiet it offered him each time he
came home.

Luc fingered the wall and felt the edge of the
cabinet. He swung open its door and stood there thinking about his next move.
The sleeping pills they’d given him when he’d been discharged from the hospital
were on the third shelf. He remembered the top had a ribbed edge. He hadn’t taken
any, because he’d never liked not being in control, and that was the main
reason he hated living in this darkness. He reached in and soon his fingers
were wrapped around the bottle. He grabbed it and made his way to his bedroom.

He’d planned all this so it would be the nurse who’d
find him and not Josie, who stopped by every night, sometimes staying over when
she sensed he was especially depressed––which had been quite often, in the last
month or so. He knew she had better things to do with her own family, so what
he was about to do would free her from any further obligation. She deserved
that, because she’d always been a wonderful big sister to him.

Luc inched his way along the hall and fingered the
door to his room. It was twelve paces from the door to the bed. Today it turned
out to be eleven, but maybe he’d taken bigger strides in his haste to get this
over and done with.

Josie would be heartbroken and he was sorry for that,
but in his letter he’d explained that he wanted her forgiveness because he’d be
free and happy again. He knew his sister wasn’t selfish enough to deny him
those two things.

He sat down on the bed and popped open the top of
the bottle. Next he felt for his bedside table, where he’d placed a bottle of
water specifically for washing them down. He began placing them one by one on
his tongue and then swallowing. He hadn’t been able to find out how long it would
take for them to work, as he couldn’t look things up on the Internet any more.
And he obviously couldn’t ask anyone, or they’d know what he was planning and
more than likely stop him or have him locked up.

He guessed he’d go into a coma and never wake
up. Painless, or at least that’s what he hoped.

Luc swallowed the last of the pills and lay down on
his bed. He tried to remember what everything in his room looked like, every
nook and cranny, and wondered what would be the last thing he’d remember
‘seeing’ in his mind’s eye.

“But you said I could go with Jake.”

“We didn’t know that you had a math test coming up,”
said Gen.

Nicky leaned against the counter and then crossed
his arms over his chest. “They’ll let me take it some other time.”

Gen placed covers on the three casserole dishes as
she listened to her son plead his case.

“He can’t drive all that way on his own with
Willow,” said Nicky.

The dog chose that moment to stroll into the
kitchen, obviously smelling the ground beef and chicken in the three meals Gen
had made for Luc.

She patted the German
shepherd on the head. She was going to miss him, even if he had one day decided
that her new sandals made ideal dog chews.

“He has Mitchell with him, so he’ll be fine,” said
Gen.

She heard the two men talking as they headed toward
the kitchen.

“Will you talk to your wife about letting me go to
Boise with you?” said Nicky.

Where did her son get his stubbornness from? Yeah,
she was pretty sure it was her and not his father.

“You have a math test, so maybe some other time,”
said Jake. “You’re going to ace it, but if you delay it you might not remember
as much.”

She didn’t want her son missing the test because
since she’d married Jake and they’d settled into being a new family, her son’s
grades had gone from C’s, to B’s and even some A’s too. She’d even overheard
him tell one of his buddies that he was thinking about becoming a vet one day
so he could take care of the dogs his step-dad trained.

“Not a chance,” said Gen. “I’ve put three casseroles
in here for Luc and some sandwiches for you guys if you get hungry on the way
there,” she said, turning to Jake.

“Which reminds me, we should be getting a move on,”
he said. “You ready, Mitchell?”

“Yep.
I’ll
just give Rachel a call to see how she’s doing and I’ll be right with you.”

Gen smiled. Rachel was expecting her first baby,
hence the reason she hadn’t come along on the trip.

Mitchell paced up and down in the hallway as
he spoke to his wife. He was going to make a great dad, even if he was already
on tender hooks about his wife’s morning sickness.

WereFever by Lia Slater
The Borrowers Afield by Mary Norton
Kissing Madeline (Dearest #3) by Lex Martin
Waiting for an Army to Die by Fred A. Wilcox
The Early Pohl by Frederik Pohl
Red Moon Rising by Peter Moore
Angelic Anarchy (Heaven on Earth Book 1) by JP Epperson
A Bit of Heaven on Earth by Lauren Linwood
The Encyclopedia of Serial Killers by Michael Newton
Pierced by Love by Laura L. Walker