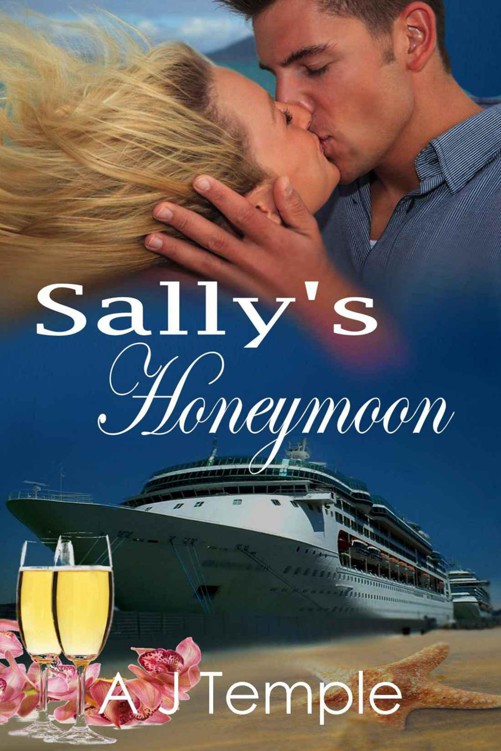 Books Included In This Series:

All rights reserved. Copyright protected. Duplicating, reprinting or distributing this material in any way and for any purpose, without the express written consent of the author is prohibited.

All characters, events and places are fictional, and any resemblance to people living or dead is purely coincidental.

Sally had to admit to herself, that she was super-excited. She had never been on a cruise before, and never dreamed that she would be going on one for the first time – with a new husband in tow!

She looked lovingly across at him, as she drove the Jeep down the A9 road from Aviemore. The fact that he had been unable to perform his ‘nuptial duties’ because of drink on their wedding night; did not annoy her in the least “
it’s not exactly like I do not know what I’m buying!
” She thought wickedly to herself, as she envisioned some of the places where they had made love over the past few months; and considered the opportunities on a cruise ship honeymoon!

Her mind wandered over the possibilities for the future.
“Well even at 32 years old I’m still young enough to have a family, and I’m pretty sure Robert is keen enough to play his part!”
She reasoned.

With the wedding ceremony in Aviemore all over, they were now traveling down to Roberts good friends in
Bourton on-the-water where they would stay overnight, then take the two hour drive down to Southampton to board one of the biggest cruise ships afloat, the ‘Behemoth of the Seas’ for their two week cruise visiting seven different ports around the Mediterranean sea.

She was particularly looking forward to visiting
Naples as well as Cannes and Barcelona; places that she had seen in magazines, but which had been far too expensive for her to consider up until recently.

What even Robert did not know yet, was that she was a
multi-millionaire; thanks to the wise investments of her father in the gold markets. Gold stocks had taken a huge leap in recent years thanks to the collapse in confidence in just about everything else – on a global scale. Gold, once thought to the ‘boring choice’ amongst investors; was now hugely popular, rising to over $1700 per ounce in 2012.

Sally considered the wisdom of her father who had been maintaining for years that gold was totally undervalued; and that when the going got tough it would rise from its paltry $400 per ounce.
“But how high do you think it will go dad?”
She remembered asking him one evening, over a cup of hot chocolate.
“The sky’s the limit my dear – it just depends on the size of the crises!”

He had been proven right of course, and her father’s portfolio now valued at ov
er $4 million dollars – and showed every sign of going even higher, as the lack of confidence in a financial system built on speculation and fear continued..

The car rolled on through the rolling hills of the Scottish borders, and into the countryside of Northumbria. Sally had been driving for four hours now, and was desperate for a cup of coffee and a toilet break . She decided to give the sleeping figure of Robert a shake, laughing to herself at the sight of his head rolling on his chest, as he slept off his hangover.

“Robert dearest.”
She said in her most mellifluous voice. “I think it’s about time for a coffee don’t you”

“Well, I don’t think
murder will be necessary Robert – but I agree with you totally!” She smiled happily at him.

“Ok…what are you up to Sally?”

Robert laughed, as he shook off his headache from earlier. “You have the look of a woman who is planning something, my precious!”

“Ha ha ha, you really have a suspicious mind Robert! I’m just looking forward to our honeymoon, aren’t you?”

Robert conceded. “Yes I must admit I am. I’ve always fancied a cruise – I’m glad you suggested it
. Two weeks away from work cruising the Med, with a hot babe to keep me warm at night – life just doesn’t get any better than this!”

Sally laughed aloud at the smug look on his face. “So I’m a hot babe am I? It wasn’t that last night when you fell asleep on me – and after I had especially dressed for the occasion as well, wi
th my sexy lingerie set!”

Robert looked sheepish. “Listen Sally, I’m totally gutted about that; honestly I am – I just hope that you’ve packed the ‘sexy set,’ we might have some use for it yet!”

“You wish buster! We’ll just have to see how well you behave yourself
, shan’t we!” She replied equally wickedly as she drove a short distance off the road, and into a car park next to a welcome-looking roadside café.

They made their way inside, and managed to get a seat by the window, where they could look out at the ducks in the ornamental pond.

“So how long is it do you think, to your Aunt and Uncles house at Bourton-on-the-water?”

Although Robert called them ‘Aunt and Uncle’ they were in fact not relations, but very close friends of his mother Agnes; and Rob
ert had always had called them by this title since he was a child.

“Well
, I told uncle Bill that we would take it easy, and probably not get there much before 6pm. That gives us plenty of time to have a light lunch now maybe, then take a casual drive down.”

“So what exactly are they like? I mean, do you think they will be ok with me just droppin
g in on them like this?”

“Are you kidding me? I don’t know any guy that is not going to fall all over you – especially when you do that ‘flirty thing’ with your eyes!” Robert exclaimed laughing.

“What flirty thing!” She said – doing just what Robert had referred too.

He slapped her lightly about the head. “Yes exactly! Seriously
though – you will love uncle Bill, he is a real charmer. As for Samantha; she is an absolute gem and I’m sure will treat you as  a long-lost friend; have no fear on that score.”

They
chatted  while longer, before Robert ordered cheeseburger and chips, and Sally settled for a bowl of French onion soup and a crusty bread roll.

Fed and watered, they nipped into the toilets before heading back down the road on their journey to
Gloucestershire. Robert took over with the driving, as Sally got out her maps to check her directions.