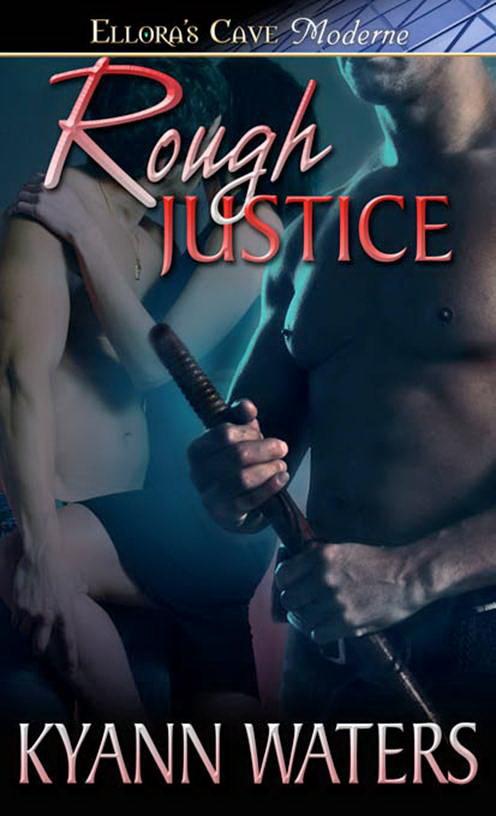 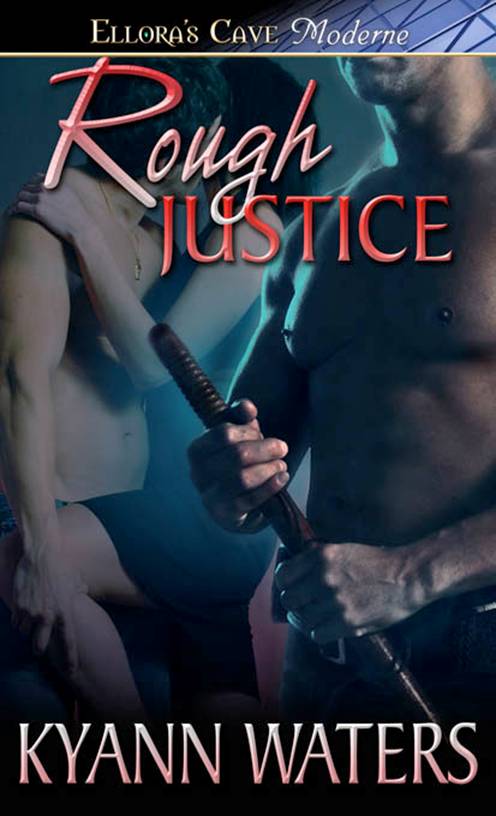 With the exception of quotes used in reviews, this book may not be reproduced or used in whole or in part by any means existing without written permission from the publisher, Ellora’s Cave Publishing, Inc.® 1056 Home Avenue, Akron OH 44310-3502.

Warning: The unauthorized reproduction or distribution of this copyrighted work is illegal. No part of this book may be scanned, uploaded or distributed via the Internet or any other means, electronic or print, without the publisher’s permission. Criminal copyright infringement, including infringement without monetary gain, is investigated by the FBI and is punishable by up to 5 years in federal prison and a fine of $250,000.  (http://www.fbi.gov/ipr/). Please purchase only authorized electronic or print editions and do not participate in or encourage the electronic piracy of copyrighted material. Your support of the author’s rights is appreciated.

This book is a work of fiction and any resemblance to persons, living or dead, or places, events or locales is purely coincidental. The characters are productions of the authors’ imagination and used fictitiously.

Thank you to sexy boys of summer and passionate men in uniforms.

Roxanne Savage slammed her palm against the steering wheel of her far-from-practical sports coupe. The engine responded with another sputter then died. She steered the drifting car to the side of the road, groaned, then leaned back against the headrest.

This was not her night. Five miles from home—at two in the morning—didn’t leave her many options. However, there was always one person she could count on. With a sigh, she picked up her cell phone from the passenger seat to dial Jay Turpin’s number then chuckled in spite of her situation. Jay wouldn’t be thrilled to drag himself out of bed to help a stranded dumbass on the side of the road in the middle of nowhere…especially since she’d run out of gas.

Well, she’d been a pain in his ass before and he still loved her. She smiled.

Technically, she and Jay hadn’t been a couple—in the traditional sense of the word—for six months. But they’d been through breakups before and had always gotten back together. So this time, they didn’t exactly call it splits—just decided to see other people. It worked for them. Now they didn’t have to wonder about reconciliation.

Reality was, no matter how much they tried to remain strictly friends, they cared too much for each other.

On a positive note, they were
very good
friends—and she wasn’t about to give up screwing him.

Some men just knew how to make a woman come, and Jay was one of them. Maybe it was because he handled balls for a living as a professional minor league baseball player. Whether a gentle caress or gripping her firmly by the hips, his strong hands set her skin ablaze. Remembering his touch caused a twitch in her nipples and a tug on her clit.

Damn, she needed to get laid.

Roxie stared at the phone. She didn’t know his schedule.
Please
,
don’t be at an away game.
They still talked often, but not daily like they had while dating. Friends didn’t check in every night. She laughed. Only when one or the other wanted a little lovin’.

A sigh escaped her lips. She missed the frequent sex…she missed
him
. Their relationship hadn’t been perfect and they’d had their share of disagreements, but that wasn’t why they’d decided to see other people. Jay had a dream to chase and she wasn’t going to stand in his way. During baseball season he traveled with the team. She also suspected the guys gave him a rough time about dating a stripper.

Just because she danced, didn’t mean she cheated. That was a moot point now…although some things never changed. Jay still worried about what—and
who
—she did. But just like when they had been dating, she wasn’t fucking anyone else.

Roxie contemplated her predicament and a groan rolled from her chest. Maybe if she offered to make him breakfast in the morning he’d be more willing to give a favor.
The old I’ll scratch your back, you scratch mine.
Jay had a strong, muscular back. She’d had the pleasure of raking her nails down his tanned torso for the last five years.

She punched in the number and stared out the windows into the pitch-black night. “God Jay, please be home.” She didn’t want to think about walking five feet out into the inky night, let alone five miles—she glanced down at her lap—wearing a tight black miniskirt and thigh-high go-go boots. With her luck, instead of getting a ride home, she’d get picked up for prostitution. She didn’t fuck for money, she danced for a paycheck. A damned good paycheck.

Even though Jay loved a private dance, he wasn’t so hip on the stripping. She knew he was concerned for her safety. It didn’t matter that the club where she worked was considered the high end of exotic entertainment. One positive change since they’d split, his attitude had loosened up. Boy
friends
apparently didn’t give girl
friends
grief about their jobs.

His voicemail picked up. “Jay, it’s Roxie. When you get this message, and I hope it’s soon, pleeeeease call me. I’m stuck on the side of the fucking road in the middle of nowhere and I’m out of gas. And please don’t say it—I know it’s my fault.” She flipped the phone closed.

Moments like these made her wonder what she’d been thinking when she purchased her little house so far out of town. Actually, she knew why she chose to live in rural Utah. The older home was affordable. And it was a fun project of sorts—a do-it-yourself work in progress. She enjoyed the modernizing and the remodeling.

Roxie glanced at the dashboard clock of her two-seater convertible-hardtop man-magnet. The dream machine cornered on rails. Another benefit to living in the middle of nowhere—she could open up the engine and do zero to sixty in five seconds.

She had the tickets from Sheriff Soto to prove it.

Speaking of Sheriff Soto, peacekeeper of her community, he would be a welcomed sight about now.

But hell, Sheriff Soto was always a welcomed sight. Part of the reason she consistently broke the speed limit was the thrill of the chase with the sheriff—but she didn’t know whether she was the cat or the mouse. Over six feet of powerful, tell-me-what-to-do muscle, he was somewhere in his mid-thirties, old enough to do his job and young enough to do it well and look incredible in his uniform in the process.

For weeks he’d plagued her nighttime fantasies. However, Sheriff Soto was a virile man who would remain a fantasy—because cops didn’t date exotic dancers. But that didn’t stop her musings.

On the occasions he’d written her citations, she’d imagined his long, thick fingers working her over. And when he handed her the ticket, he always did it with a smile. Full lips, straight white teeth and a sexy-as-hell dimple in his left cheek. He wore his hair, the color of dark chocolate, cropped close to the sides of his head and a bit longer on top. She imagined the silky texture brushing against her inner thighs as he delved between her legs for a little oral action.

Turning the ignition key so she could crack the power window, she turned the radio on low. She’d wait fifteen minutes before calling Jay again.

A symphony of crickets chirped and insects buzzed. A gentle breeze sifted through the grasses, the movement playing with Roxie’s imagination. But no one would be lurking about in the middle of nowhere. She clutched the cell phone in her fingers and watched the digital numbers on the radio. The longest six minutes passed before she dialed Jay again and left another voicemail.

Sitting alone, listening for a maniac to jump from the darkness, had Roxie’s heart racing. What would she do if Jay didn’t call? Should she dial 9-1-1? Not really an emergency, but she couldn’t spend the night in her car.

An owl hooted in the distance. She jumped. Well, hell, the cops could get over it. She dialed info.

“Cob County sheriff’s office.” She fumbled in the dark, feeling around in the glove box for a pen.
Shit.
Ah, she found a pen and jotted the automated response. “Okay, Jay.” The sound of her own voice in the car lessened the anxiety firing her blood. “You have ten minutes, then I’m calling the cavalry.”

Roxie hummed along to the radio. The dispatcher said she’d have someone out ASAP. Roxie could only hope that meant tonight was a slow night and her wait wouldn’t be long. In the meantime, she could always hike up her skirt, think about the sheriff and take the edge off her nerves with a quick orgasm. It wouldn’t be the first time she’d masturbated while thinking of Ivan Soto.

Flipping down the sun visor, she ran her fingers through her long black hair. She widened her copper-brown eyes and wiped away mascara smudges from under her lower eyelashes. Grabbing her purse, she pulled out her makeup compact. “You are such a slut,” she said to her reflection. “Sheriff Soto is probably home, asleep in his bed…naked. Oh god.” Her pussy clenched with the thought of the hard-assed sheriff stretched out on his bed, cock in hand…

“Do not go there.” She snapped the compact closed and dropped it in her purse. Headlights cut through the distant blackness behind her.
God, please let it be the sheriff.
And if it wasn’t the sheriff, someone from the sheriff’s office coming to her aid. She wanted to go home and end this night.

Hot Buttered Strumpet by Mina Dorian
Wretched Earth by James Axler
The Book of a Thousand Days by Shannon Hale
Significant Others by Baron, Marilyn
The Safety of Objects: Stories by A. M. Homes
Innocence by David Hosp
Now You See Her by Cecelia Tishy
Blue Moon by McKade, Mackenzie
Take or Destroy! by John Harris
Wishes in the Wind by Andrea Kane