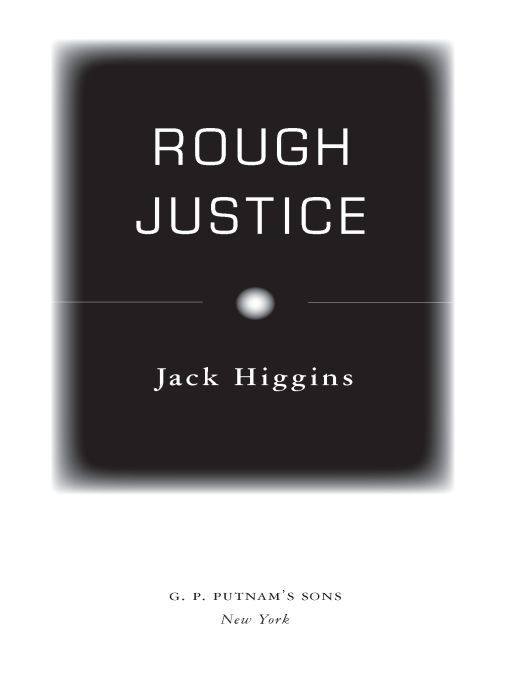 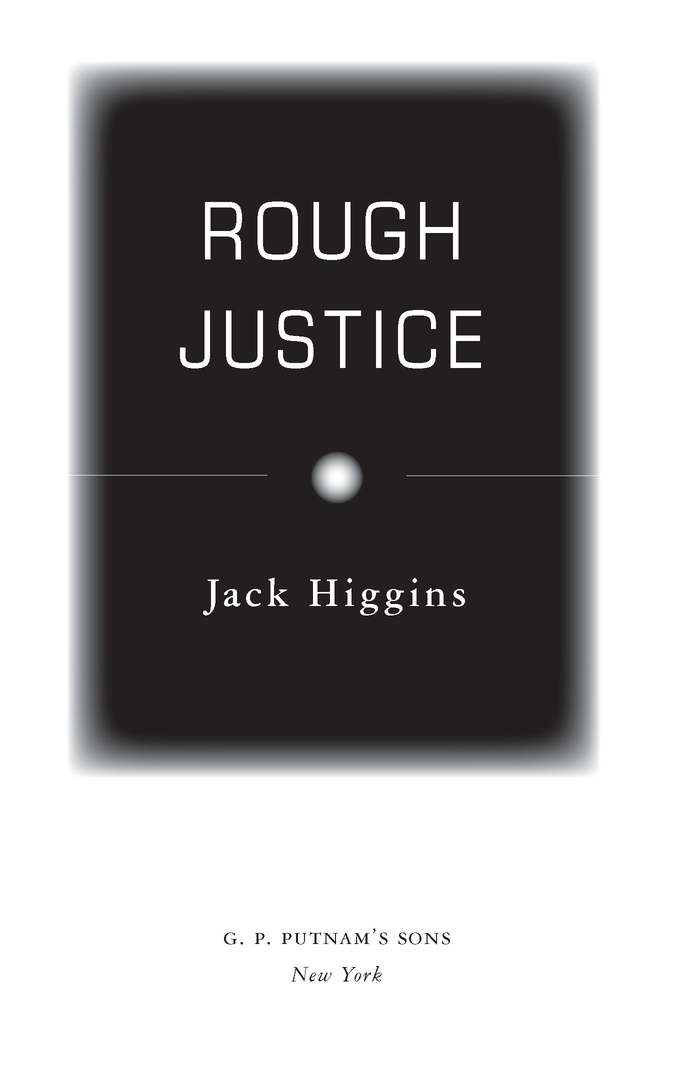 To Ian Haydn Smith—a good friend
We sleep safe in our beds because rough men stand ready to visit violence on those who would do us harm.
—George Orwell
Nantucket
The President
1
THERE WAS NO PLACE PRESIDENT JAKE CAZALET WANTED TO BE MORE RIGHT
now than this Nantucket beach, the sea thundering in to the shore in the strange luminous light of early evening, the wind tasting of salt.
The President had been delivered there by helicopter from the White House only an hour before, and here he was, walking with his favorite Secret Service man, Clancy Smith; his beloved flatcoat retriever, Murchison, dashing in and out of the incoming waves.
“He’ll need a good hosing,” Cazalet said. “Silly old boy. You’d think he’d have learned by now that the salt is bad for his skin.”
“I’ll see to it, Mr. President.”
“I’ll have a cigarette now.”
Clancy offered him a Marlboro and flicked his Zippo lighter, which flared in the wind. Cazalet smiled. “I know, Clancy, what would the voters think? It’s the curse of old soldiers.”
“We’ve all been there, Mr. President.”
“Harper on communications as usual?”
“Yes. The only other person in the house is Mrs. Boulder, cooking dinner.”
“Amen to that.” Cazalet smiled. “I love this place, Clancy. Iraq, Afghanistan, our friends in Moscow—if we can call them that—they could all be on another planet when I’m here.” He sighed. “At least until that damned helicopter picks us up and deposits me back at the White House.”
Clancy’s cell phone rang and he answered, listened for a few moments, then turned to Cazalet. “Blake Johnson, Mr. President. He’s arrived back from Kosovo sooner than he thought.”
“Well, that’s great. Is he coming down?”
“By helicopter. And he also ran into General Charles Ferguson, who was passing through Washington on his way to London after some business at the United Nations. He thought you might like to meet with him, so he’s bringing him down, too.”
“Excellent.” Cazalet smiled. “It’s always good to see Ferguson, find out what the Prime Minister’s up to. It’d be interesting to get his take on Blake’s report, too.”
They continued walking. “I thought Kosovo was history, Mr. President,” Clancy said.
“Not really. After what the Serbs did to them, they want their independence. The Muslims are in the majority now, Serbs the minority. It’s still a problem. The Kosovo Protection Corps the UN set up in 2004 is still operating—troops from various countries, a British general coordinating the situation—but when you get into the backcountry, things happen. There’ve been reports of outside influence, rumors of the presence of Russian troops.”
“And they were always for the Serbs,” Clancy pointed out.
“Exactly, which is why I decided to send in Blake to scout around and see what’s happening.” There was the sound of a helicopter in the distance. “That must be them. We’d better get back.”
Cazalet called to Murchison, turned to the beach house, and Clancy followed.

BLAKE AND FERGUSON
sat together on one of the leather sofas beside the open fire, the coffee table between them and the President. Clancy served drinks, whiskey, and branch water for both of them. Cazalet toasted them.
“Here’s to both of you. It’s a real bonus having you here, Charles.”
Ferguson said, “You look well, Mr. President, and you, Clancy.”
“We get by,” Cazalet said. “How is the Prime Minister?”
“I saw him three days ago and he seemed to be coping. Iraq hasn’t helped, and Afghanistan is a major problem. There’s combat of the most savage kind there—we haven’t seen its like since the hand-to-hand fighting against the Chinese on the Hook during the Korean War. Most of our infantry and paratroops are nineteen or twenty. Boys, when you think about it. They’re winning the battles, but perhaps losing the war.”
Cazalet nodded, remembering his time in Vietnam. “War has always been a young man’s game. So tell me—what did the Prime Minister send his private security adviser to the UN for? Can you tell us, or is it for his eyes only?”
“I can certainly tell you, Mr. President. I’m keeping an eye on the Russian Federation. I sat in on two committees also attended by Moscow and Iran.
Supposedly,
they were trade delegations.”
“Why am I laughing?” Cazalet asked.
“I listened, drifted around. Putin was the name on everyone’s lips.”
“What would you say he’s after?” Cazalet raised his hand. “No, let me put this in another way. What’s his purpose?”
“I need hardly tell you, Mr. President—to make the Russian Federation a power in the world again. And he’s using the riches of Russia’s gas and oil fields, networked throughout Europe as far as Scandinavia and Scotland, to do it.”
Blake said, “And once Europe signs up, if he wants to bring them to heel, all he has to do is turn off the taps.”
There was silence. Cazalet said, “He knows he couldn’t win anything militarily. One of our Nimitz aircraft carriers alone, plus its battle group, is the equivalent of the present Russian navy.”
“And we certainly have enough of them,” Blake put in.
Ferguson said, “He wouldn’t be so foolish as to imagine he could take those on and succeed.”
“So what is he after?” Cazalet asked.
“A return to the Cold War,” Ferguson said. “With certain differences. His personal experiences in Chechnya, Afghanistan, and Iraq give him considerable insight into the Muslim mind. Extremist Muslims hate America in an almost paranoid way. Putin recognizes that and uses it.”
“How do you mean?” Cazalet asked.
“The favorite weapon of the IRA was the bomb, and the influence of the IRA on revolutionary movements throughout the world has been enormous. Only a handful of years ago, they virtually brought London to a standstill, blew up the Baltic Exchange, almost wiped out the entire British Cabinet at Brighton.”
Cazalet nodded. “So what’s your point?”
“Putin wants disorder, chaos, anarchy, a breakdown in the social order, particularly with countries dealing with America. In instructing his intelligence people to cultivate Muslims, he is actually getting them to do his dirty work for him. The terrorists’ favorite weapon is the bomb, too, which means increased civilian casualties, which means a growing hatred of all things Muslim. We hate them, they hate us—chaos.”
There was silence. Cazalet sighed and turned to Clancy. “I really could do with another drink. In fact, I think we all could.”