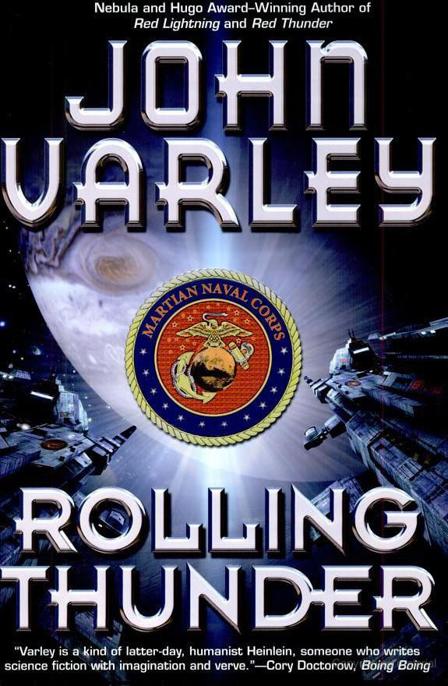 THE PERSISTENCE OF VISION 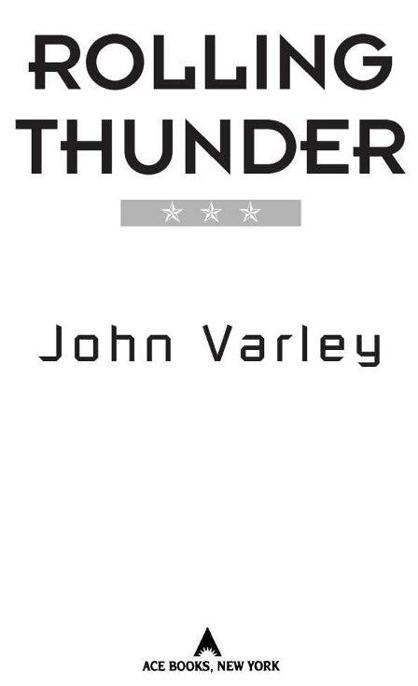 This is an original publication of The Berkley Publishing Group.

Lyrics from “Long Time Gone” by David Crosby, copyright © 1968, have been used by permission of David Crosby.

ACE and the “A” design are trademarks belonging to Penguin Group (USA) Inc.

ONCE UPON A
time there was a Martian named Patricia Kelly Elizabeth Podkayne Strickland-Garcia-Redmond.

Whew! What a mouthful, huh?

That’s me, by the way. Six-foot-two, eyes of blue.

Mom and Dad got all whimsical naming me, with the Podkayne business. It was a time of patriotism; everybody was all hot about “Mars for the Martians!” and trying to be more “Martian” than their neighbor. In my high-school graduating class alone there were three John Carters, two Dejah Thorises, a girl named Burroughs, one poor fellow saddled with Edgar Rice, and a Bradbury. The name Podkayne came from a novel from last century that I’ve never read. I’ll get around to it one of these days, but I don’t much care for science fiction.

With a name like that, what are you going to do? Everybody called me Poddy growing up. When I reached my pissed-off teenager years I insisted on Patricia, which everyone shortened to Patty. In no time at all it was Poddy again. If I called them on it, they’d just say they’d
said
Patty, and I heard it wrong, and don’t blow your bubble, spacegirl.

These days I just go by Podkayne. One word, which will come in handy if I ever make it as a music star:

It looked good on the brass nameplate, sitting there on my desk. NMR: That’s Navy of the Martian Republic. We’re here to protect the solar system.

What I was protecting it from at the moment was one California girl named Glinda. Most of the solar system didn’t really need protection from Glinda, but Mars sure did, and since Mars was my home, I took my job seriously. Well, as seriously as I could. With people like Glinda, it was a challenge.

She thought that over for a minute. I could tell, because her brows knit fetchingly, which made a pleasant jangling sound. There was enough metal up there to open a hardware store. Finally, she formulated her response.

I figured it was the three-syllable word that was confusing her.

“Why do you want to leave Earth and go to Mars?”

“Oh. Well, I live to board, you know? I’m real good at it. I heard there was gigawaste snow up there on Mars. Some big mountain?”

That would be Olympus Mons, the tallest mountain in the solar system, and she was right, the snow was waste. Or wasted, or bitchin’, or groovy, or cool, or the bee’s knees, depending on what era’s slang you were slinging.

“So you’re a professional snowboarder?”

“No, I mean … do you make a living at boarding?” Another blank look. “Are you a boarding instructor?” There were hundreds of winter sports pros making a living on Mars; if she was really, really good, she might make it.

Comprehension dawned, and she smiled.

“I see. Well, Glinda, what you need to do, then, is buy a ticket to Mars. When you get there, apply for a three-month visa. It’s renewable for another three months. Then you can come home to Earth.”

“Well, that’s your decision, of course, but if you just want to snowboard when you get there, it’s the easiest thing in the world just to buy a ticket, make a reservation at a hotel—there are hundreds of good ones, some right on the slopes, I have a few brochures I can give you—and then if you decide you want to stay, you can make an application for citizenship at the immigration office there.” And save me the paperwork, I didn’t add.

Honey, if you stay there a thousand years, you’ll never be a Martian. Hell, my father has lived there for over thirty years, and I barely consider
him
a Martian. If you get a residency permit and eventually are allowed to swear allegiance to the Republic and then have a child,
she
will be a Martian, but you never will be. Bottom line, you have to be born there. Otherwise, you’ll always be an Earthie or an immigrant.

But I didn’t tell her any of that.

“Okay,” I said, and opened a drawer in my desk. I pulled out one of the 230-page citizenship application forms and pushed it across the desk at her. “Fill this in,” I said.

“What’s this?” she said, suspiciously.

“You don’t have to do the whole thing right now. The essay questions can wait.”

She didn’t touch the paper.

“I can’t read this,” she said, somehow managing to entirely dismiss the idea of literacy in a few words, as though I should be ashamed for even asking. “Give me the verbal version. I prefer that.”

“Then I’m sorry, Glinda, but there’s no point in going any further.”

“What are you talking about?”

“Mars only accepts literates for immigration.”

“Whatever.” I had lost what patience I had ever had with this girl.

Everybody on Earth knew their rights. People in Western America knew them better than most, even though they didn’t actually have as many as they thought they did.

“I never heard such bullshit. It’s in the … laws, and stuff. ‘Nobody can’t discriminate on the basis of illiteracy.’ “

A double negative. “It’s your constitution, not mine. This is the Martian Consulate, and we have extraterritorial status. Legally, this is Martian territory.”

“I’m not leaving here until you start treating me with respect, and by God you’re going to be facing such a lawsuit …”

“Actually, you
are
leaving,” I said, and stood up. For the first time, she looked a little less than totally self-assured. She was not a tiny woman, not by Earthie standards. Say five-six, five-seven. But women my height are rare on Earth. Standing, I towered over her. It can be intimidating. I hoped she didn’t know that, pound for pound, she was twice as strong as I was simply from years of snowboarding and from carrying her own mass around in the depressing gravity of Earth all her life.

She left in a huff. Maybe two huffs.

I’d been on Earth for six of their months, still had six months to go on this assignment, and I was dying from the terrible gravity, from the incredible crowds, from twits like Glinda, and from a bad case of homesickness. I was beginning to think it might be terminal. I wanted to go home.

Well, brace up, spacegirl. You have a job to do. It may be a stupid job and you sure didn’t ask for it, but there it is. You’re a Martian. Start acting like one.

I checked the clock and saw it was 3:13 p.m. Official closing time of the office was 5:00 p.m. Close enough. There was a sign on the outer door that I’d had made shortly after I arrived at my job in Western America. It said:

THE CONSUL IS IN

I flipped the card from in to out and locked the door. “Consul” was one of my many titles at the Consulate. I was also the Chief Recruitment Officer, the Artistic Liaison, the Cultural Ambassador, the Director of Public Relations, and the resident spy. (Sssh! Don’t tell anyone!) I adopted these titles when and where it suited me. In addition, I was the secretary, the interior decorator, the hostess, the cook, driver, chief pilot, laundress, dishwasher, and janitor. If the Consulate needed a mime or a clown, I could be those, too. I took the back door from my storefront office and the elevator to the Consular Residence, which was three rooms on the fifteenth and top floor of the Baker Building, Pomeroy Avenue, Pismo Beach, California, Western America.

Amigas entre fogones by Kate Jacobs
Broken to Pieces by Avery Stark
The Fourth Sunrise by H. T. Night
Nicolai's Daughters by Stella Leventoyannis Harvey
Donorboy by Halpin, Brendan;
The Shadow Project by Herbie Brennan
Razing Beijing: A Thriller by Elston III, Sidney
The Last Days of My Mother by Sölvi Björn Sigurdsson
Adopting Jenny by Liz Botts
As a Thief in the Night by Chuck Crabbe