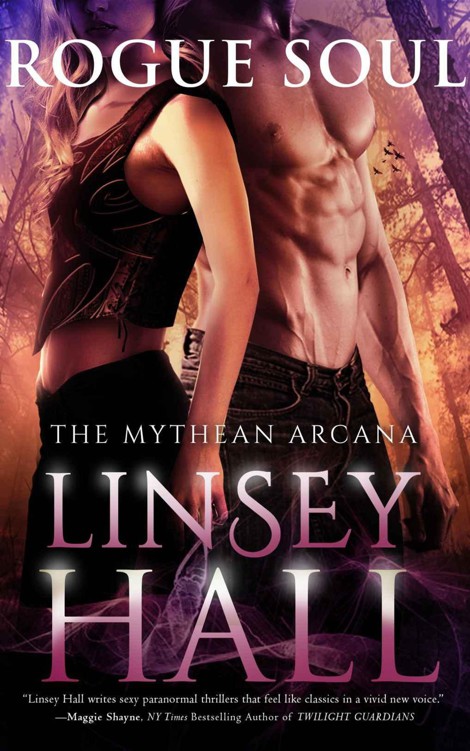 To Cathy and Bob Hall, for being excellent inspirational examples of hard work and perseverance.

Thank you so much to all the people who put their time and effort toward helping me develop this story. As always, thank you Ben, for helping me create this book. Emily Keane, for reading every story I’ve written, no matter how busy you are. I think this is the book you had to squeeze in while studying for the bar, and I appreciate it so much.

Thank you, Doug Inglis. This was the first story we worked on together, and at least half the cool stuff that happens at the end is due to your astounding imagination. Thank you, Jon McGough, for always being so quick with the medical info when I have questions. Thank you to Carol Thomas for reading this story and always being there for me.

Thank you to Megan McKeever, Simone Seguin, and Jena O’Connor for various forms of editing. The story is much better because of your expertise.

I love this story. It’s my most adventurous yet, full of history that I adore and a hero and heroine who stole my heart. I hope you enjoy it.

Edge of the Amazon River, Brazil

Andrasta, Celtic goddess of victory, swallowed hard, her gaze transfixed by the man in the makeshift boxing ring.
Was he that handsome when I tried to kill him? Or that brutal?

She honestly couldn’t remember. It had been more than two thousand years since she’d seen him last, and she barely recognized him. Dim spotlights gleamed off sweat-slicked muscles and highlighted the feral brutality with which he pounded his opponent. No gloves protected his big hands, just white fabric wrapped around knuckles. They were spotted with blood.

She swallowed hard again, unable to look away.

She’d known she would find him here when she’d strolled up to the Caipora’s Den, a little dive bar perched on the edge of the Amazon River. But she hadn’t expected the outdoor boxing ring surrounded by a horde of cheering Mytheans or that her prey would be inside it, pounding his opponent into a sack of broken bones.

She’d never before been to the bar, which catered only to the supernatural beings who lived secretly alongside mortals. The building itself was ramshackle, and she had a feeling that it was just as run-down on the inside. The outdoor lot in which she stood was pressed between the building and the river. It housed the boxing ring and nearly a hundred Mytheans, most of whom looked human even though they weren’t. They screamed and cheered as punches landed with fierce smacks.

“All right, that’s enough,” hollered the ref, a big ugly brute who stepped forward to end the fight. The man she’d come for stood over his collapsed opponent, his heavily muscled chest heaving. He was declared the winner—no surprise, considering his opponent didn’t look like he’d be getting off the floor anytime soon.

She sank back into the crowd when he turned to exit the ring. Though she wanted to watch him, to devour every hard inch with her eyes, she didn’t want him to see her before she could approach him on her terms.

Their past was a pit of snakes, so confusing that even she couldn’t figure head from tail though she’d lived through it. She wouldn’t be surprised if he was pissed as hell, considering the arrows she’d sent through his heart the last time she’d seen him. Not that he hadn’t wronged her. He had. He’d started the nightmare that had ended in her stealing his godhood for herself. Worse, they’d cared for each other. Until it had all gone to shit, at least.

And now she needed his help.

She turned and pushed her way through the crowd, toward the small bar pressed against the outside of the building. She needed to buy herself some time to recover from the sight of him but didn’t want to do it inside the bar where she might lose track of him. Seeing him again made her shaky, even though it had been so many years. She just needed a minute to catch her breath, that was all.

She squeezed between two Mytheans of indeterminate species and reached the bar—which was more of a table with some liquor bottles and a cooler, but it would do.

“A beer,” she said to the bartender, a beautiful brunette who had the slightly feral face of some kind of shifter. Ana had never been any good at identifying Mytheans since she rarely got away from her own kind.

The bartender handed over a sweating glass bottle and hissed, “On the house.”

Anaconda Incantada.
The sound of her voice gave away what her features did not. She was a snake shifter.

And it had better be on the house. There had to be some perks to being a god, since everything else had been a disappointment. Although Ana never tired of Mytheans fearing or bowing to her. Some watched her warily even now, and she appreciated it all the more for not having had it when she’d been mortal.

“How often does this happen?” Ana asked the bartender, hiking a thumb at the ring.

The shifter shrugged. “Every night.”

“Know anything about the fighters?”

“Not the loser. But the winner, he’s never lost. Fights pretty often. Seems to like it. Keeps to himself otherwise.”

Ana nodded and turned to look for her prey. The beer slid refreshingly down her throat, and she sighed in pleasure at the smooth taste of the infrequently allowed delicacy. Focusing on the taste helped calm her nerves just a bit. She was raising the bottle to her lips a second time when she spotted him standing off to the side of the crowd near the jungle that crept up to the dirt lot.

It had been two thousand years since she’d seen him last, when she’d thought she’d killed him and taken his place as a Celtic god. Those years had been kind to him, considering that he was still alive. Almost as kind as the way-too-hot woman draped around him, sucking on his neck while he unwrapped the bloody cloth from his hands.

Ana stifled the strange little twinge in her chest. She’d cared for him once, and he for her, but that was so long ago the memories had gone to dust. Or so she told herself. She took one last swig of the beer to chase them away.

Now or never.
If she wanted a permanent escape from Otherworld, the land of the Celtic gods and what felt like her eternal prison, there’d be no more dawdling, no matter how nervous she was about his reception or willingness to help her.

She needed him. Admitting to it scraped something raw inside her. But after two thousand years, she wanted out more than she wanted her pride.

Ana sucked in a deep breath and wound her way through the crowd. When a
lobisomem
got handsy as she passed, an elbow to the gut halted his straying paws, and a glare stopped another. Fancy Brazilian name or not, they were dogs like the rest of their werewolf brothers. Within moments, she’d reached the edge of the crowd and stood before the now-kissing pair.

She squashed her nerves as she gazed at the strong profile of the man she’d never been able to forget—whose mouth was glued to the woman’s. He was a bruiser, even from the side, a contrast of hard features and short ginger hair. He looked rougher than she remembered. Bigger, too.

“Camulos,” Ana said. She glanced dismissively at the sultry woman now trying to swallow his tongue.

“Cam,” he said absentmindedly as he drew his face away from the woman’s to look at Ana. His brows shot up, his gray eyes widening the barest fraction. A scar sliced through one of the brows.

“Recognize me?” she asked, absorbing the fact that he no longer went by Camulos.

“Andrasta,” he rasped, shock plain on his face.

Did she hear his breath catch?

Hers certainly did. He looked every inch the god he’d once been—strong and powerful, with broad shoulders and big arms that looked like they’d been cut from steel. A man comfortable with the mantle of worship, even if he no longer carried it.

Ana shot a pointed glance at the other woman.

“Luciana,” he said, drawing the woman’s mouth away from where it had suctioned onto his neck.

Ana’s eyes zeroed in on the huge hand that cupped the back of Luciana’s neck, then looked back to realize that he’d kept his gaze trained on her own face.

“You need to go,” Camulos said to Luciana.

Luciana pouted at him, then turned to look at Ana.

“A goddess?” Her brows shot high. She no doubt noticed the small glow emitting from Ana’s skin and marked her as one from Otherworld. Her lips twisted in a sneer. “I thought you Celtic gods never left your cold realm.”

She’d be right, Ana thought bitterly. Cold and emotionless, that was Otherworld, and she was trapped there except for a few times a year when she could sneak out without the other gods noticing. But that’s what she wanted to change.

“Beat it, sister,” she said, trying out some earth slang she’d seen on a TV show. Sneaking a laptop into Otherworld and firing up movies with her magic was one of the few ways she stayed sane.

The woman pouted, gave one last longing glance at Camulos, and then moved off into the crowd.

Camulos gave her a hard, searching look, his shock now masked. He didn’t make a move to kill her—which was good. Not that she’d let him. But still, it was promising. He might have cared for her once, but after what had happened at the end, she wouldn’t be surprised if that had been pushed out by anger.

“Come on. Let’s get a seat inside.” He jerked his chin toward the ramshackle bar.

Ana nodded and turned to lead the way. This time, with the huge male of indeterminate species following closely behind her, the crowd parted in waves to let her pass. Camulos was so close on her heels she swore she could feel the heat of him. It made the fine hairs on her arms stand on end. She tried to ignore it.

The smell of sweat and stale beer assaulted her nose when she walked into the bar. It was even more crowded than the outside, with dozens of volatile Mytheans partying and fighting in the dark, smoky space lit only by bare, dangling light bulbs.

She blinked. Wow. This was so different from Otherworld. Gross, definitely, from the smell to the cleanliness of the occupants.

But it was great. It was nothing like Otherworld, and she
loved
it. There was one small unoccupied table in the corner, but it was far enough from the main crowd to suit her.

The Half-Life of Facts by Samuel Arbesman
The Passionate Attention of an Interesting Man by Mordden, Ethan
Tales of Aradia The Last Witch Volume 3 by Jones, L.A.
Jewel's Dream by Annie Boone
Friendship According to Humphrey by Betty G. Birney
Keep Fighting by Paul Harrison
Flint by Fran Lee
Jennifer Johnson Is Sick of Being Married by Heather McElhatton
The Payback by Simon Kernick
Ladd Haven by Dianne Venetta