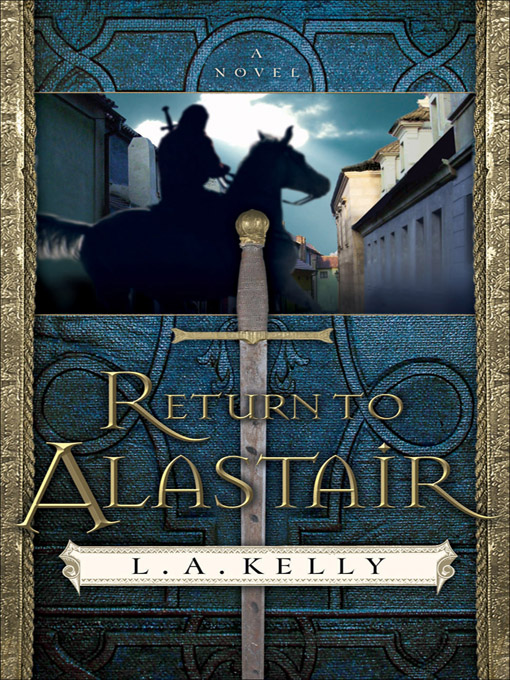 All rights reserved. No part of this publication may be reproduced, stored in a retrieval system, or transmitted in any form or by any means—for example, electronic, photocopy, recording—without the prior written permission of the publisher. The only exception is brief quotations in printed reviews.

And Roddy (wherever you are).

T
ahn Dorn jerked awake with a groan. A bird flittered by his open window, and he sat up slowly, thinking it strange to find himself in this room. It was home, of course, but in the hazy light it almost seemed he was still the little boy of his dream, searching desperately for someone on a dismal street. He took a deep breath, and it calmed the thunder in his heart. The nightmare had ended as abruptly as always, with a baby’s cry in his ears and an old woman suddenly standing in his path, her long fingers pointing at him and her face twisted by an accusing frown.

He brushed the hair back from his face and shook his head. The dream was recurring almost nightly now. And he still wasn’t sure what the place was or even who he was always looking for. But the throbbing hurt wouldn’t go away.

He rose and dressed, pushing his mind toward the business of the day. Three new men awaited training. He’d promised to give the children his time for a lesson too. And he’d be checking the wall with the dawnlight, as he always did.

He walked outside to the spring-fed stream that flowed in a half moon around the Trilett estate. It was a chilly autumn morning, but that didn’t stop him from dunking his head into the cool depths of the water. He came up shaking his long wavy hair behind him and let its cold wetness trickle down his back. It was a strange habit that had followed him from childhood, and he couldn’t quite let go of it. The water had once cooled the burning pain of a terrible memory, and the long hair had helped to cover the scars. Even now when he didn’t need it anymore, the habit persisted. Like that dream.

He walked outward to the wall that surrounded the estate and followed it westward. There’d been men at watch in the night, at each of the four corners and the gate. There were always men at watch. But still he checked the perimeter inside and out twice daily. There would never be another slaughter of Benn Trilett’s family. The children would never have to fear again. Not so long as he had any power in the matter.

He walked on, thinking of Netta Trilett’s soft hand in his. Last night they had strolled together beneath the stars. But he had excused himself from her as he usually did, still feeling uncertain in the face of the lady’s affection.

He walked the wall with careful scrutiny and stopped to update his orders for the next guard shift. Then he started toward the big house at the center of the estate.

The call to breakfast came with a clanging bell and the clamor of children. With eight youngsters, the peace here was never very quiet through the day, but it was joyous just the same, and Tahn loved to watch them all. They did everything with excitement, as though the newness of this place would never fade away. He could hear them laughing together as they washed in the pewter basin on the porch. Soon they would be racing in to surround the dining room table. They were so at home. And only a year ago, they had been frightened orphans who didn’t even know how to be children.

As he crossed the wide yard, he saw Lady Netta standing on the porch, waiting for him. Not so long ago she had feared him. So much had changed. Now she seemed to trust him with the depth of her heart and expect the same in return.

She looked so regal standing there in the streaming light of the sun. He could imagine her mother standing on that porch, or her grandmother before that, waiting for loved ones to come and eat.
What a wonder it must be to feel so connected, so a part of your own family and past.

He climbed the steps with a sigh and took her into his arms. This was the only thing he could feel connected to. This lady and the children who were so much a part of him now. He’d brought them together in a cave when all he could think of was their survival. Now they were his heart.

He smiled as he held her and breathed in the scent of her fair perfume. But when she touched his hair and then his cheek, something tensed within him. There’d been another touch, so long ago he could scarcely remember it. He wasn’t sure he’d ever remembered it before. A woman had held him once, calming his tears with her gentle hand when he was just a tiny boy. But there was pain in the memory that he didn’t understand, and he pulled away, shaken.

“What’s wrong, Tahn?” Netta’s soft eyes drew him back to her, but a sadness still held him, as though the distant pain had reached out and taken hold.

He didn’t try to answer her question. He wasn’t sure he could. He was struggling to reclaim the fleeting memory and comprehend the ache it had carried with it. But it was too far away again, in another world.

Netta was so quiet. He held her in his arms again, knowing he should say something to her. She could be so patient, so incredibly kind. But she must be wondering why he was acting so strangely.

“I love you,” she finally whispered.

And at that moment, Duncan, barely six and the youngest of the children, came running at them.

“Netta!” the little boy cried. “Netta, please, I have to tell you something!”

Tahn broke away with a nod, and the lady knelt to give the boy her attention. Tahn watched their brief exchange—the whisper, the grin, the loving embrace. So much like a mother Netta was to this child who had never had one.

Tahn started to turn away from them, but Netta reached for his hand as Duncan ran to join the other boys.

“Are you all right?” Netta asked him.

She moved to meet his eyes, but he could offer her no explanation.

“Do you want to talk?” she suggested. “And walk, perhaps?”

He shook his head. “You should stay here. Eat with your father and the rest.” He pulled her hand gently to his lips and kissed it. “You are good to me, my lady, not to ridicule me in my foolishness.”

“You’re not foolish. But I think you are looking past me this morning.”

He nodded, wanting to hold her again. But not with his mind so occupied. It had always seemed futile to wonder about his earliest years. But now with one tender memory, questions stirred in him as though the past held a secret demanding his notice. Who was he?
Whose
was he? And what had happened to separate him from that kind hand?

In the dream, he was always searching. Maybe there was someone somewhere who could tell him why. It was a new thought. And not an easy one.

Netta took his hands in hers. He looked into her hazel eyes and thanked God that she could give him her patience. He kissed her forehead softly.

“I don’t understand what I’m feeling,” he said quietly. “But I think there was someone with me before Samis. Before the hanging in Alastair.”

“Your mother?” Netta could not conceal a sudden excitement. “Tahn, are you remembering your mother?”

He stared at her for a moment and almost pulled away. He shook his head. “It seems nearly impossible to think I could have had one.”

Netta hugged him. That he could scarcely imagine a loving hand in childhood made her hurt for him. He’d been bound so long under a brutal master. And before that was Alastair’s cruel horror.

“I’m sorry,” he told her suddenly.

“Sorry for what?” Netta’s heart pounded with a fierce compassion for him. “The devil assaulted you so! Perhaps it is time you knew God’s truth. You must have had a mother.

Perhaps we could find out about her.”

“Surely someone would know your name.”

He bowed his head. “Many people know my name. But they may think only of my sword.”

She started to tell him that the people of Onath thought of much more than that, but she saw his eyes turn quickly toward the gate, and she knew that he was listening now to something more distant.

She sighed. “If they need any of us, the guards will summon.”

But he shook his head. “I will go and see. Take your breakfast without me.” He started to turn.

“I don’t need Hildy’s fine meal this morning. I need to be alone with this a while if the Lord wills. I’ll be at the gate or the southwest corner if I am needed. Don’t worry for me.

Only forgive me, please, for turning from your company again.”

She took his hand with a sigh. “I’ll not worry. But don’t bear a burden alone, Tahn. We are here for you, should you need us.”

Countdown Until the End of the World by Sean Kennedy
Rough Rhythm: A Made in Jersey Novella (1001 Dark Nights) by Tessa Bailey
Down on the Farm by Stross, Charles
Cold Steel by Paul Carson
Dr. Chase Hudson (The Surrogate Book 2) by Gadziala, Jessica
Valorian by Mary H. Herbert
The Playdate by Louise Millar
Dark Angels by Koen, Karleen
The Return Of Bulldog Drummond by Sapper
Everything He Promises by Thalia Frost