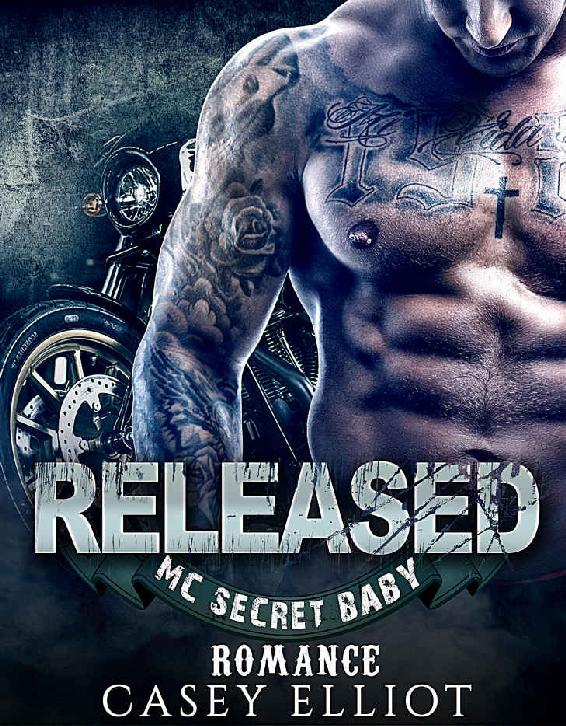 Bonus - Bear All The Way

Bonus - Mated by the Bear

Bonus - Secrets of an MC Bear

Bonus - Protected by a Navy SEAL

This book is an original publication of Blue Steel Publishing LLC.

This book is a work of fiction. The names, characters, places, and incidents are products of the writer’s imagination or have been used fictitiously, and are not to be constructed as real. Any resemblance to persons living or dead, actual events, locales or organizations is entirely coincidental.

No part of this book may be reproduced, scanned, or distributed in any manner whatsoever without written permission from the author except in the case of brief quotations embodied in critical articles and reviews.

This is a work of
fiction
. Names, characters, businesses, places, events and incidents are either the products of the author's imagination or used in a fictitious manner. Any resemblance to actual persons, living or dead, or actual events is purely coincidental.

To my family for putting up with me working long hours and me not providing help around the house while writing. Thank you for your love and patience!

Warning: This is a 8k word stand alone short story with steamy content and a happy ending.

The loud thrums of motorbikes filled the quiet streets of Atlas, Nevada. Hannah looked up, but didn't make a move toward the window. It had been a long time since so many bikes had torn through their little town, and Hannah’s heart thudded in her chest. She had meant to be long gone by now, but every time she tried to leave, something happened that made her stay. First, Hannah’s car had broken down. Then, Charlie had gotten sick, and finally, her dad had died of cancer and her mom had begged her to stay.

"Mommy?" a voice called from the doorway behind her. Turning her head, Hannah could see her young daughter standing in the doorway, rubbing her eyes sleepily.

"Charlie, what are you doing up?" Hannah said, gathering Charlie into her arms as the young girl made her way over to the sofa. Charlie snuggled into her mom’s arms.

"Not Cotton," Hannah said, stroking Charlie's hair mindlessly. Cotton was another person that kept her here. Charlie loved Cotton and he returned her affections; she couldn’t bear to separate the pair. Cotton was the only connection to Hannah's past that remained, and Hannah would do anything to keep it that way. She had left that all in her past –– the destruction and betrayal.

Gunner
, Hannah thought, a wave of emotion overcoming her and leaving her feeling as if she had been punched in the guts. Now that Gunner was back in town, Hannah had to get herself and Charlie away from Atlas, fast.

Shutting the door softly behind her, Hannah headed down the stairs and out onto the street. The streets were starting to come alive as people set about their day. Sarah waved as Hannah walked past, putting out the sign for her hairdressing salon that Hannah and Charlie lived above. Hannah didn’t have to go far; the diner where she worked was located on the corner and, although it was still early morning, it was already bustling. The smell of the bacon on the grill made Hannah's mouth water, and she realized she was starving.

"Morning, Han!” Her best friend, Grace, greeted her as Hannah entered the diner, a plate of steaming bacon rolls in her hand. Stealing one off the plate, Hannah tore off large chunks of bread and meat and stuffed it in her mouth.

"Let me guess, no time for breakfast?" Grace said, laughing. Hannah shook her head. Between getting herself ready in the morning and letting Amanda into the house so she could look after Charlie, there was little time left in the morning for breakfast. "The word is that the James brothers are back in town." Hannah raised an eyebrow, ignoring her friend’s intense gaze.

"Are they?" Hannah said, turning her attention back to the counter and tying her apron around her waist. The counter was lined with truck drivers and Hannah set about serving them coffee, managing to avoid her friend’s unspoken questions. Laughter filled the air and Hannah found herself starting to relax – all thoughts of Gunner pushed firmly to the back of her mind. The laughter slowly faded as the drivers started to leave the diner in order to take their loads back to the depot. Out of the corner of her eye, Hannah saw a man sit down at the counter. She would know that face anywhere… Cotton. Her heart leapt into her throat. Although she saw Cotton almost every day, today he had come with a purpose. Hannah always knew today would come, but that didn't make it any easier.

"Hi Cotton," Hannah said, as she made her way over to where Cotton sat, a fresh pot of coffee in her hand. Cotton had been like a father to Hannah over the last few years and even more so now that Hannah’s own father had passed away. Cotton tilted his coffee cup, watching Hannah pour. He said nothing for a few minutes, as if considering his next move.

"I guess you heard the news." Cotton said, breaking the silence, his eyes watching her intently. His sapphire-blue eyes shone and Hannah could see the internal conflict that raged on. She didn't blame him, his loyalty was first and foremost to the club and Gunner, but she knew that he cared about the pair.

"About Gunner and Bolt?" Hannah said, shrugging casually, her manner implying that their arrival in town bore no consequence to her at all. "I heard they're back." She set about wiping down the counter, avoiding Cotton’s gaze.

"Gunner was mighty surprised to find that his woman wasn't there to welcome him home last night. You could say he was rather pissed.

Hannah stopped her frantic wiping of the diner counters and turned her attention back to Cotton. "I'm not his woman anymore, Cotton."

Hannah smiled. She liked the old man. He was a link to a part of her past that she was desperate to distance herself from, but not forget.

"I told him more than once.” Hannah said sighing, carefully placing the cleaning equipment back under the counter. "I told him if he was going to get himself caught up in something stupid, then he could do that… alone." Cotton took a sip of his coffee, considering Hannah's words.

"He's young and full of spirit. He’s got James' blood in him. But there’s no doubting he loves you."

"The way I figure it, Hannah, Gunner is going to come a lookin' and if he does, you ain’t going to be happy if he figures out the things you want to keep a secret." Connor took one last swig of his coffee before fishing out a $5 bill from his pocket. Placing the bill on the counter, he walked out without saying another word. Hannah watched him go. She wanted to call after him, but she didn’’t know what to say. Her heart pounded in her chest.
You'd better be careful, Hannah, or that man is going to eat you alive
.

Gunner sat at the club bar sipping his beer slowly. All around him, his men celebrated their new-found freedom with the various women that hung around the club and its members. Having been in jail for the past three years, they were all a little stir-crazy; especially after spending three years in jail for something they hadn't actually done.

"Please don’t tell me you’re still not thinking about that pussy from Hannah?" Bolt said, rolling his eyes as he joined Gunner at the bar. Taking a swig of his beer, he leaned on the bar, watching his brother. Though they were twins and bore a striking resemblance, Bolt was more reserved than Gunner would ever be. In truth, it was Bolt that was the club's natural-born leader, but as the oldest son, the club presidency had fallen to Gunner after their father's death. Bolt remained the club's true protector – its sergeant-at-arms.

The Pioneer Woman Cooks by Ree Drummond
The Possessions of a Lady by Jonathan Gash
The Cupcake Diaries Collection: Katie and the Cupcake Cure; Mia in the Mix; Emma on Thin Icing; Alexis and the Perfect Recipe by Simon, Coco
Pocahontas by Joseph Bruchac
Her Dark Angel by Felicity Heaton
Dinner for Two by Mike Gayle
Dagmars Daughter by Kim Echlin
The Tower by Simon Toyne
The Afterlife by Gary Soto
The Curse of the Campfire Weenies by David Lubar