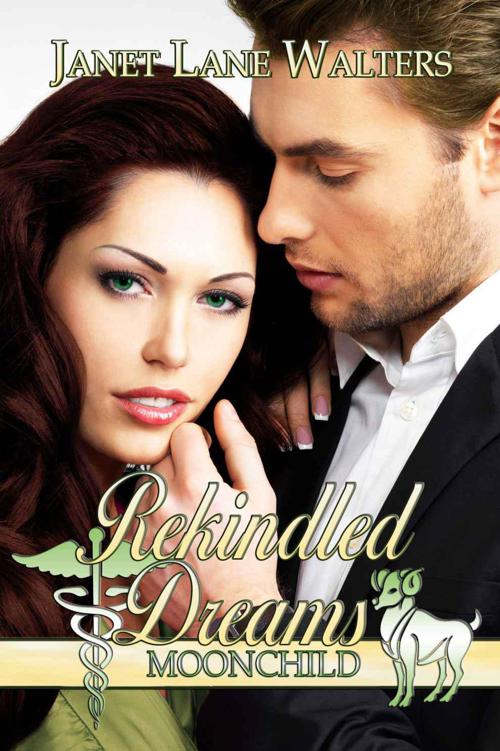 All rights reserved. Without limiting the rights under copyright reserved above, no part of this publication may be reproduced, stored in or introduced into a retrieval system, or transmitted in any form by any means (electronic, mechanical, photocopying, recording or otherwise) without the prior written permission of both the copyright owner or the above publisher of this book.

“Asshole.” Pressing his hands against the metal desk, Simon Parker glared at the head of the Narcotic’s Division. His teeth clenched. He would not lose his temper and shout the words circling like poison darts in his thoughts.

His left leg tensed. The quads tightened. Though the wound had healed, the agony of the day the bullet tore into his flesh returned with a roar. An image of his dead partner’s blank eyes fueled his anger. Only a few threads of sanity kept him from erupting in an action he would regret. At the moment, his single desire was slamming his fist into the sorry bastard’s face.

Captain Paley half rose from his chair. “I’ll ignore that comment.”

“I’d rather you didn’t.” A burn seared Simon’s gut.

“You’re still under my command and you’ll do what I order.”

Paley grasped the edge of his desk. “You’re cleared for duty. You’re going undercover with the Garsis’ gang.”

“Not going to happen.” Simon pulled two envelopes from the pocket of his windbreaker.

“This isn’t the army.” Simon drew a deep breath that did nothing to calm his temper. I asked for a transfer to any division or precinct. I’d even go back to walking a beat. Anywhere but Narcotics.”

“Your transfer was denied,” Paley said.

“You’re needed here. Your experience is valuable. Just shove your hissy fit in a drawer and follow orders.”

Simon dropped his badge and gun on the desk. More of his control frayed. He didn’t care that the office door was open and every ear in the outer room was tuned to the discussion in here. He wanted out before his temper erupted.

Drawing a deep breath he held his fists at his side. “I won’t work another day for an asshole.” He stabbed the envelopes with a finger. “My resignation is effective immediately. Here is a copy of my request for a transfer. You can’t bury them in your files this time. Copies have been sent to everyone I could think of.” He whirled and strode to the door.

“Parker, get back here.” Paley’s voice reached a level even the dead could hear. “We’re not finished.”

“Just listen to me. Pull off this job and you’ll be golden.”

Simon stomped to the door. “Too late. I quit. I’m done. I’m out of here.” Could he make his decision any clearer?

“I’ll recommend you for a promotion.”

“Not going to bite your carrot.” The words he’d held back seeped closer to an eruption. He nearly turned to blast the man and halted the action. No sense being arrested for assault. Cops fared poorly in prison.

“Why walk out?” The shouted question reached Simon. “Give me a good reason.”

“To save my life. Not gonna let you or anyone put me on a slab.” He slammed the door to Paley’s office and stomped into the outer room. Anger snapped the last thread restraining his temper. If he’d had his gun he would have shot the bastard.

The desks in the outer office were mainly empty. The few men and women present pretended to be busy. His glare must have warned them not to poke.

At the elevator he pressed the down button in a series of impatient thrusts. What now? He had no idea but anywhere else would be a better choice. The doors opened. Not anywhere. There were a few places he never wanted to visit again like the abandoned warehouse and the hospital or…

When Simon stepped outside, the smells of the city slapped him. Exhaust fumes from passing cars. The odors of people passing by. Hints of cooking food, garbage and some unidentifiable stenches.

Sounds made his head ache. Horns blared. Rap, pop, and strains of other music rushed past. The buzz of passing conversations reminded him of swarming bees.

Instead of taking a series of buses, he hailed a cab and gave his address. He sank against the cushions to find the calm center he’d lost days ago when he’d learned his request for a transfer hadn’t been received.

At the apartment building, he paid the cabby and rode the elevator to the third floor. He opened the door and wrinkled his nose. Place smelled stale just like his life. He opened several windows hoping to catch a breeze. The April day had turned warmer than predicted.

He strode to the kitchen for a beer. The red circle around the date brought a scowl. A former female friend had circled dates on every page for the holidays. Happy Birthday. Number twenty eight. Big deal.

He grabbed a beer and peered into the nearly empty shelves. Should he hit the corner deli? Maybe tomorrow. He tapped a number and ordered a loaded pit. Maybe he’d light a candle. One would suffice.

Back in the living room he kicked off his shoes, took a swig and groaned. He needed a life. The weeks since his release from the hospital had found him spending more time  here than usual. Trips for physical therapy, to a local restaurant or to the deli marked his social schedule.

His gaze swept over the room and he noticed how few personal touches had accumulated in the five years he’d lived in the apartment. A few snapshots, a diploma, books and the small wooden box he’d taken from Fern Lake when he’d run. The apartment could belong to anyone.

One month left on the lease. He had until then to decide whether to renew or not. Once he decided what was next on his agenda, he couldn’t sign for another year. He loved being a cop. Hadn’t minded Narcotics until the asshole Paley had been made boss.

Pizza arrived. He set the box on the glass top of the coffee table, pulled a slice free and turned on the TV. Until he found a new path he was a man of leisure.

Thoughts of doing nothing made him swallow a huge bite. He had enough in the bank to last a year or so. His jaw clenched. Doing nothing wasn’t his style. He’d never just lazed about.

As he finished a second slice, a persistent buzz annoyed him. Not his cell or the burner phone. What the hell. Who would call on the land line? Only one person ever did. He dashed to the kitchen and grabbed the receiver of the wall phone.

He recognized the voice. Was she calling the way she always did on a major holiday or his birthday? “Aunt May, guess you remembered.”

Simon’s hand tightened on the receiver. He heard huskiness in her voice. Had she been crying? “What’s wrong?” The sound of her blowing her nose reached him.

What had his cousin done to make his aunt cry? There had been several calls from her over the years when Randy had been in trouble. “Tell me.”

“He was killed in an automobile accident last night.”

Simon wished he was close enough to offer her comfort. She'd always been strong and Randy had been her most troubled child. “When?”

“He and his fiancé were on their way from dinner at the Club.”

Simon felt like he’d been kicked by a mule. A memory of the winding road from the building high on the hill outside Fern Lake flashed into view.

“Fiancée? What do you mean?”

Though he and his aunt had talked on Christmas Day, his cousin hadn’t been mentioned. Had he missed something? About three years ago, Randy had married Simon’s high school sweetheart. “I thought he was married.”

May cleared her throat. “He and Dana divorced seven months ago.” She sighed. “Their parting shouldn’t still upset me since he didn’t treat her nicely.”

Simon sucked in a breath. A dozen memories from the days when he’d lived at the Grantlan mansion crowded his thoughts. He shoved them away. Anything that happened back then would stay there. Moving forward was his style.

“Did he abuse her?” He couldn’t contain the question.

“Not in a physical way.” She paused. “His drinking and womanizing were painful for her. She received little support when she tried to get him to seek help. Robert didn’t approve of the marriage. Neither did Patricia.”

“Come for the viewing and stay for the funeral. There are things we need to discuss.”

Simon’s gut clenched. The small scars on his back itched. Randy was dead. Didn’t change any of Simon’s feelings toward most of the Grantlan family. He cared for Aunt May. His mother’s sister had welcomed him even though she hadn’t spoken to his parents since they’d eloped. She’d insisted her husband give him a home.

He drew a deep breath. What new bomb would blow up his life? He’d resigned from a job he’d liked because he’d refused to obey Paley’s orders. Years ago he’d taken off because Dana had denied him what he’d wanted. He’d been an asshole that day. He groaned. Every time he reached a turning point he walked away. Move forward and don’t look back, he’d told himself. Would returning to Fern Lake be a mistake?

He swallowed against the huge lump forming in his throat. He’d lived in the Grantlan mansion for eight miserable years. No day had passed without being told he wasn’t worthy of being part of the family. Only the huge fortune his aunt had inherited from her family had made her suited to become a Grantlan.

“I’m not sure I can take the time off.” His face burned but he couldn’t tell her he didn’t care about Randy. In fact he felt glad.

“I’m sure they’ll give you the days for a family funeral.”

Since there was no one to grant him leave, she was right. His own reluctance to retrace his tracks held him back.

“Patricia is out of control. She’s making wild accusations and spouting conspiracy theories. Said Dana sabotaged Randy’s car or Melanie grabbed the wheel. You know how close she and Randy were.”

“He’s angry about something to do with the business. Keeps saying Randy picked a bad time to die.”

“I don’t know. What if Dana comes to the funeral home? She and I became friends. What if Patricia attacks her?”

He shouldn’t care but he did. Simon released the breath he held. He had no place to be. “I’ll come tomorrow.” Would he regret the decision?

“I’ll have your room prepared.”

“Don’t. I can’t stay there.” Thoughts of being in that house again brought a rush of acid into his throat. Ten years ago he’d vowed never to enter the Grantlan home again.

Dana Collins laughed and dropped the phone in the cradle. Though she wanted to spin and twirl in a victory dance, movements like that had to wait. Client number five had signed the contract for her billing service for people in health care. This client had passed the info to a friend.

Yes. She rubbed her protruding belly. “We’re on our way, baby.” She could work at home and never return to nursing, the career she’d spent four years in college to earn a BS.

With a groan she pushed against the arms of the office chair. One hand went to her back to ease the nagging pain. Being nine months pregnant and seven months divorced should make her feel anything but happy. This morning the last of the documents had arrived officially returning her to her maiden name. As Randy had demanded during the negotiations, his name wouldn’t appear on the birth certificate. His ugly words still hurt.

“No child of yours is fit to wear the Grantlan name. Melanie’s baby will.”