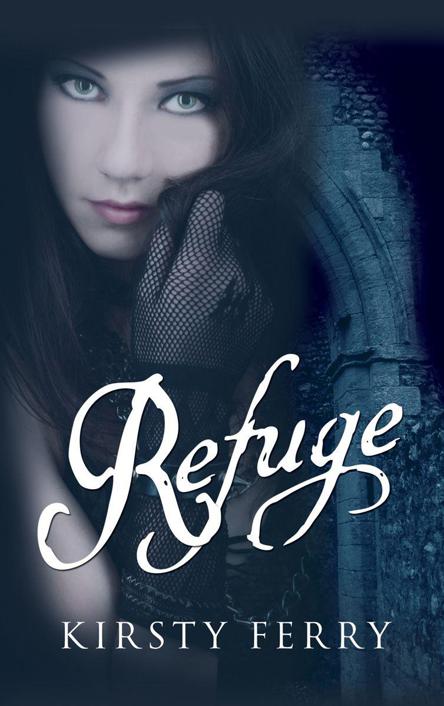 All rights are reserved. No part of this publication may be reproduced, stored, or transmitted in any form or by any means, without prior written permission of the copyright owner.

All characters depicted within this publication, other than the obvious, historical figures, are fictitious and any resemblance to any real persons, living or dead is entirely coincidental.

The wave crashed into the side of the rowing boat, rolling it almost onto its side. The moon was breaking through the clouds, a pale disc illuminating the ragged edges of the dark clouds against the night sky. He pulled on the oars, trying to control the boat and ducked as salt water splashed over the side and soaked him. He strained his eyes, tasting the sea on his lips and peering into the darkness. He could just about make it out – the ghostly, grey box, balanced on four spindly legs rising out of the water. The causeway was covered, invisible under the incessant waves breaking over the surface.

A dark figure stood up on the shore of the Island next to the abandoned lime kilns. She looked down onto the beach below. The shale was covered with water now, the waves rushing into the openings in the front of the kilns, crashing and whirling into the caverns inside. She raised her head and saw the poles rising out of the water, leading towards the kilns. Despite the wind blowing in off the sea, she didn’t feel cold. She closed her eyes and felt it sweep around her, lifting her dark hair from her shoulders.

She took a step forward. Then another step. Then she stepped neatly off the edge. The waves never broke as her body landed in the ocean and the waves closed over her head.

Guy cradled his mug of coffee as he sat in the dining room of the Bed and Breakfast. The remains of a fried breakfast were pushed to one side of him and a newspaper lay open.
Drowning at Lindisfarne
ran the headline. Another body had been washed ashore, the third in as many months. The door to the refuge had been swinging open, slamming into the door frame. The water had reached the top of the steps at high tide:  the coastguard thought that maybe the young lad - a backpacker - had opened the door to see how deep the water was. They presumed he’d slipped and fallen into the North Sea and been swept away by the tide.

Guy sighed. He wasn’t convinced. The lad’s belongings had been left at the hotel. He had nothing with him, not even his mobile phone. Who went out without one of those things nowadays? It seemed to Guy that he had been intending to come back before the tide cut him off. He had plenty of opportunity; the tide tables were well advertised, there was no reason for him to miss the chance of a clear causeway. Suicide? Guy didn’t know. He hoped not.

‘What do you think about that?’ Guy looked up and saw the landlady standing next to him holding the coffee pot. ‘The third young lad to die up here recently. It’s making us sound like a hotspot for something.’ She frowned. ‘I don’t know what their idea is. You’d think they’d learn from the ones that went before them.’ She shook her head. ‘More coffee?’ Guy nodded and passed his mug over. ‘Oh look. You’ve hardly touched it,’ she scolded. ‘You need to eat more. You’ll waste away.’

‘Yes, all visitors,’ sighed the landlady. There’s no reason for them to stray off the Island like that. There’s plenty of tide tables up. Perhaps they think they can make it back – the posts lead them towards the Island don’t they? To the old lime kilns; but they don’t reckon on the tides.’ She shook her head again. ‘Is it putting you off staying?’ she asked.

The landlady looked at the young man sitting before her. He had a nice face, she thought; honest and open. She could imagine lots of women melting at that nice smile; he had blue eyes and blonde hair as well. She smiled back at him. He reminded her of a lad she once knew; one of the summer visitors. ‘Well, as you said, you’ve got work to do here haven’t you?’ she said.

‘You finished with that, then?’ asked the landlady, reaching for the newspaper. ‘I’ll get it out your way.’

‘Oh, all right,’ said the lady and smiled at him. ‘Enjoy your day. Dinner’s at seven. If you leave the Island, you’ll need to be back around four, just to make sure you don’t get caught. Don’t want you headlining those papers, do we?’

The mini-bus drove down the incline onto the causeway. The tide was out, but the road was still wet, the tarmac shiny from the waves which had opened it up to the traffic. Lucas tried to ignore the clamour from the back of the coach as his Uni friends threw screwed up paper napkins and takeaway coffee cups at each other. This was supposed to be a history field trip, and he’d already guessed that he’d be one of the only ones treating it that way. He felt the weight of his mobile in his pocket and was conscious of the fact that it was totally silent. Laura hadn’t called for weeks. It was a pretty safe assumption that it was definitely over then. He wouldn’t delete her number just yet though. Maybe in a week. Or a month. Or even two...

‘Hey, Lucas!’ shouted Drew, ‘if you’ve decided you need something to help you forget, there might be some nice Island girls here who’ll help you.’ There was a roar of laughter from the back of the coach. It was clear what they all had on their minds, and it definitely wasn’t history. They all seemed strangely excited at being marooned on this island for two nights.

Lucas raised his hand in acknowledgement but didn’t turn around. There were more shouts of laughter then someone called out,

‘Cool! What’s that place for?’ The bus lurched as a few lads pushed their way over the other side of the coach to peer out of the window. Drew forced himself in front of Lucas and leaned over him, one hand on Lucas’ shoulder.

‘Get off me!’ snapped Lucas. Drew lifted his hand and replaced it on Lucas’ head. He ruffled the boy’s sandy coloured hair. Lucas smacked him away and Drew laughed.

‘Temper, temper,’ he said, putting both hands on the window and staring at the white box, which raised up out of the sand and balanced on long, giraffe-like legs. A kind of stepladder led up to the doorway which was firmly closed against the biting wind sweeping in off the sea and buffeting the mini-bus.

‘Dunno. I think it’s the refuge hut,’ said Lucas, following Drew’s gaze. ‘You’re supposed to sit in it when you get caught in the tides.’

I'll Protect You (Clueless Resolutions Book 1) by W B Garalt
Dear Love Doctor by Hailey North
Worlds Elsewhere by Andrew Dickson
Love, Lies and Scandal by Earl Sewell
The calamity Janes by Sherryl Woods
Finding the Way Back by Jill Bisker
Scored by Lauren McLaughlin
Much Ado About Murder by Simon Hawke
The Undercover Playboy (Captured by Love Book 3) by Miranda P. Charles
Earthquake in the Early Morning by Mary Pope Osborne