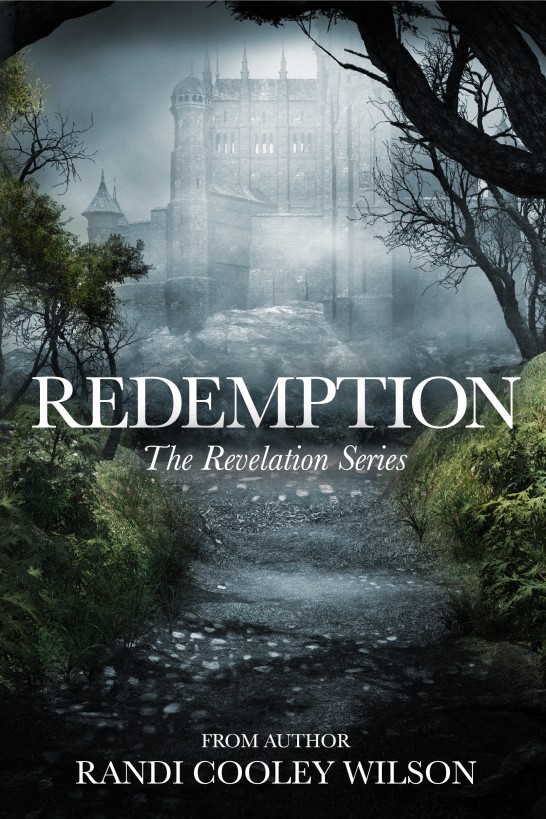 All rights reserved. No
part of this publication may be reproduced, distributed or
transmitted in any form or by any means, including photocopying,
recording, or other electronic or mechanical methods, without the
prior written permission of the publisher, except in the case of
brief quotations embodied in critical reviews and certain other
noncommercial uses permitted by copyright law. Please contact the
author directly for usage opportunities.

This book is a work of
fiction. Names, characters, places, and incidents are a product of
the author’s imagination or are used fictitiously. Locales and
public names are sometimes used for atmospheric purposes. Any
resemblance to actual people, living or dead, or to businesses,
companies, events, institutions, or locales is completely
coincidental.

Edited by Kris Kendall at
Final-Edits

Printed in the United
States of America

Other Titles by Randi
Cooley Wilson

True love does exist, and
when you find it, it will move your soul like nothing
else.

Thanks for all your love
and support,
Bert
.

“
So hand in hand they
passed, the loveliest pair that ever since in love’s embraces met –
Adam, the goodliest man of men since born his sons; the fairest of
her daughters Eve.”

CHAPTER 3 LAND OF THE
LEPRECHAUNS

CHAPTER 10 BREATHING YOU
IN

CHAPTER 15 LIVE FOR
ME

On the morning the darkness first descended,
it settled into every fiber of my existence. Emptiness materialized
deep within my veins, wrapping itself around each organ. Starting
with my heart then my lungs, and finally, it crept its way into my
soul.

The vacant days are consumed by loneliness
and the nights by endless grief. Darkness pushes me further and
further into desolation. I feel as though I’m treading water, and
at any moment, my body will just give up, forcing me to sink into
the murky rivulet.

I’m drowning, because in spite of
everything, I still belong to Asher. Each and every heartbeat is
his. Every single one of my breaths are for him. Though I’m the one
who was left behind, I know in the deepest corners of my heart, my
protector is hurting too.

Sitting on the window bench in my room, I
inhale a shaky breath while using the back of my hands to wipe away
the escaped tears.
Crap. I didn’t think I had any left to
shed.

As my fingers brush over the surface of my
cheeks, I’m reminded of the lifelessness my skin now suffers from
due to the strain in our blood bond. It used to be filled with heat
and desire. Now, it’s cold and unfeeling. Enveloped in an invisible
armor, preventing life and warmth from penetrating it.

My gaze lifts to the dreary clouds, my only
connection to my gargoyle. Large hazel eyes reflect back at me in
the windowpane. Mocking me. Filled with sorrow. Without thought, I
rub my chest, trying to relieve the emptiness his absence has
caused. I keep my focus trained upward, at the heavens.

“I miss you, Ash,” I whisper into the empty
room and remind myself of the last word he said to me before
disappearing into the rain filled sky. “Forever.”

The rest of my sentinels, the London clan,
his family, found me sitting on the wet grass, in the cold rain.
Soaked and weeping. My body rocking back and forth in an attempt to
comfort itself while my mind slipped into a catatonic state. The
only sound that fell from my lips was his name. Spoken softly, over
and over again.

Every day, I go over in great detail the
last moments we shared on the rocky cliff. I attempt to discover a
clue or inkling of something, anything, I could have said or done
that would have changed his mind. Made him stay with me. I could
have fought for us. The energy wasted, I always come up empty
handed. My eyes close and I inhale while memories flood me then
float away, a daily occurrence.

“I’ve got you, Eves. You’re safe. We’re all
here, cutie.” Callan’s voice was the first I heard before Asher’s
younger brother lifted me into his protective arms.

His words weren’t comforting though because
he was mistaken. They weren’t all there. Asher was gone. Vanished
into the inky heavens.

“Where the fuck is he?” Keegan, the eldest
St. Michael’s angry tone cut through the downpour.

“I don’t know,” Abby answered. Her face,
filled with worry, locked onto mine.

I stopped saying his name long enough to
utter, “He left.”

Following Asher’s disappearance, he reached
out to Michael with instructions for the clan. The only piece of
their conversation the archangel would share with me was that Asher
was safe and under the watchful eyes of the council. Then he
informed me I would be returning to Massachusetts the next day,
under the protection of the London clan. That was all. No,
I’m
sorry
. Or,
I’ll see you soon
. Michael said nothing to
indicate my dark prince would return.

I squeeze my eyes tighter as the words Lord
Falk, leader of the Royal Gargoyle Council of Protectors, said
drift through me.
“Mr. St. Michael, it has been brought to the
council’s attention that you are in violation of our laws. You have
been accused of having infringed upon the oath you swore to uphold
with regard to your loyalty to both the human race and your charge,
Eve Collins. What say you?”
The accusation was thrown out
during the tribunal held at Domus Gurgulio Castle in County Kerry,
Ireland.

After Asher made it clear the ruling body
didn’t have any solid evidence to support the charge, the council,
of which he’s a member, decreed he was no longer appointed my
protector while they continued to investigate the allegation of
misconduct.

Due to lack of evidence, they weren’t
formally able to charge him with violating his protector oath, a
sentence that carries a punishment of eternal stone petrifaction.
For that, I’m grateful. Knowing he’s somewhere breathing in the
world eases the pain, a little.

I glance over at my bed with longing. It
would be so easy to crawl back into it like those first few days.
After removing me from the rainstorm, the clan brought me back to
their home in Wiltshire, England.

They placed me, fully clothed, in a warm
bath and tried to coax me into eating and talking. I refused.
Instead, I walked into Asher’s room, grabbed the
Property of
London
shirt he liked me to sleep in, changed into it, and
curled up in the fetal position in the middle of his bed.
Surrounded by his scent of smoky wood and leather.

My anguish was overwhelming. I cried myself
to sleep for days, never moving. What was the point? I felt empty
inside. I spoke to no one. Failed attempts were made to get me out
of bed, dressed, eating, and conversing.

McKenna, in a rare show of sympathy, stepped
in and explained to the clan that I needed time and space to deal
with the stress my separation from Asher was causing the blood
bond.

Two days later, she stormed into the room
with her mate, Keegan. At her orders, the handsome warrior snatched
me out of bed and carried me into the shower while turning on the
cold water. I shrieked in pain as the little prickles of water hit
my skin, causing me to squirm in Keegan’s drenched, powerful
arms.

Once McKenna was satisfied I was clean and
awake, she wrapped us each in a towel before Keegan brought me back
into the room and gently placed my shivering body on the floor.
Without words, he took his leave.

The beautiful blonde warrior just stood
there with her hands on her perfect hips. Sapphire eyes watched my
every breath. A few moments later, her cousin Abby walked in with
fresh clothes and a plate of food.
Damn gargoyles ambushed
me.

“I’m not going to let you do this to
yourself. You’re stronger than this, blood of Eden. Get your
fucking ass in gear and pull yourself out of this shithole you’re
creating,” McKenna spat at me with her lack of tact. I ignored the
harsh statement. It’s typical McKenna.

Both gargoyles got me dressed and sat next
to me on the floor in Asher’s bedroom. McKenna threatened that I
wasn’t allowed to return to his scent-filled bed until I ate
something.

Following an hour long standoff, I did.
Pleased with their successful efforts, they continued this torment
every day. Either Keegan or Callan, Abby’s mate, would snatch me up
out of bed and douse me in cold water while the girls force-fed and
dressed me.

After three weeks of depression, I’d had
enough of their antics and feeling sorry for myself. McKenna was
right. I needed to pull myself out of the shithole. Knowing I had
about an hour before I was forced into an icy shower, I got up on
my own, showered with warm water, dressed and made my way
downstairs to the kitchen.

When I entered, the London clan was eating
breakfast with Fiona, the shape-shifting panther and manor’s
caretaker. I rolled my eyes at the strange sight.

Fiona always reminded me of Mrs. Potts from
Beauty and the Beast
. The short, plump shifter nervously
fiddled with her gray hair, placing the loose strands back into her
bun, while throwing me a maternal glance.

No one said anything. They all watched me
with cautious and stunned expressions as I grabbed a coffee mug and
scone then sat down with them. Without a word, I nibbled on the
pastry. Fiona ended her gaping and shuffled over to pour me some
coffee. I managed to mutter a thank you. Once they decided I was
mentally stable, everyone returned back to the table
conversation.

Pleased with my presence, Keegan announced
we were leaving that afternoon for Massachusetts. And we did. A few
hours later, we boarded their private jet before arriving at La
Gargouille Manor. The estate I’d grown to love is located just
outside the Kingsley College area, where I’m currently sitting, in
my old room.

I inhale the rain-filled spring air floating
in from the open window. My suite overlooks the wooded area behind
the house. Unconsciously, my right hand moves to my neck, searching
out the necklace Asher gave me. Pinpointing it, my fingertips brush
over the feather lying on its side. The darkness creeps back
in.

Yield to Love by Chanta Jefferson Rand
There and Back Again by Sean Astin with Joe Layden
Black Marsden by Wilson Harris
Shadow of the Swan (Book Two of the Phoenix Legacy) by Wren, M.K.
Rogue's Gallery by Robert Barnard
Fire and Shadows (Ashes and Ice #2) by Callen, Rochelle Maya
Forbidden Bear by Harmony Raines
The Speechwriter by Barton Swaim
Jaded by Anne Calhoun
Voyeur by Lacey Alexander