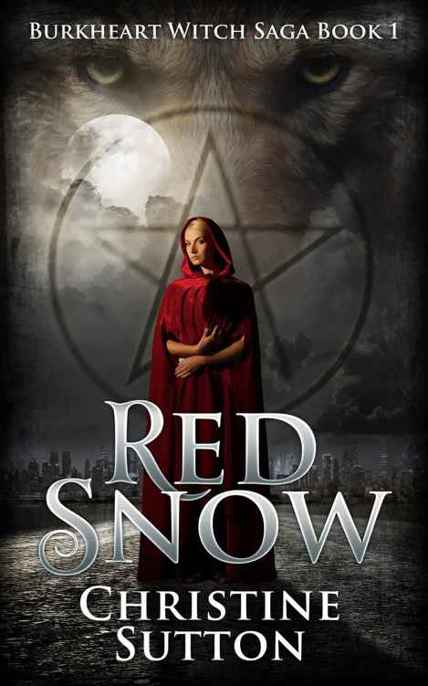 This book is a work of fiction. Names, characters, businesses, organizations, places, events, and incidents either are the product of the author’s imagination or are used fictitiously. Any resemblance to actual persons living, dead, or otherwise, events, or locales is entirely coincidental.

This book is protected under the copyright laws of the United States of America. Any reproduction or unauthorized use of the material or artwork contained herein is prohibited without the express written permission of the author or Devil Dog Press LLC.

Printed in the U.S.A.

I would like to thank a few great women that made this saga possible with their support, honest critique, and hounding to write more! Thank you Vix, Jaime, Leslie for all of your support and helping me to be a better writer. Thank you to Vix and Kimberly for reading the first drafts and giving me your honest feedback. Without that, I would be lost.

"
Carry on…hmm hmm hmm...Don't you cry no more
!"  Kayla sang along as Kansas belted its signature tune. She played air drum on the steering wheel as she drove down the California Highway, bobbing her head to the music.

She couldn't believe that this was such a desolate stretch of road. California had always looked so lush and beautiful in the brochures. Great big trees, beautiful beaches, majestic mountains. The brochures never pictured stretches of highway running through the desert, surrounded by nothing at all.

The gas station in Barlow had provided much needed sustenance of microwave burritos, beef jerky, Pepsi Cola and Ho-Hos for desert. "Dinner of champions", she had told the young clerk standing behind the counter, looking like he would rather be boiling in lava, than working at the Barstow Gas-N-Go.  He didn't laugh. Dinner paid for and eaten, she went back out to the car.

As she buckled herself into the seat, she caught a glimpse of the 1967 Impala that was parked across the lot. Its black paint gleamed in the warm desert sun. Just above the grill, a chrome skull with gleaming red eyes was mounted. It looked to be about the size of an actual skull, not one of those tiny little replicas you got at the AutoZone stores for five bucks. The front window was dark, as though it was tinted. The car looked a little scary as it just sat there, seemingly staring at her. She pulled out of the lot and onto the road, watching the Impala as though it might come to life.

The dusty, classic 1965 Corvette Stingray convertible she was delivering, was tooling along the highway, seemingly by itself, at eighty-nine miles per hour. Easing off the gas pedal a little, she thought again about the lecture that had been given by her boss at the dealership, Mr. Groves.

"That car is worth over seventy-thousand dollars! If you can get it to Texas in perfect condition, and I mean PERFECT, you get a bonus. If there is one scrape, ding, speck of dust, or even a crumb on the seat, not only are you fired, but you will pay the insurance deductible, which I assure you is more than you earn in a year. No passengers, no hitchhikers, no nothing. Just you, driving like an old lady to Texas. Are we clear?"

"Yes, Sir." Kayla had replied. She had had an urge to salute him, but thought that might cause him to have an actual stroke or something, so she resisted. She began her trip from Olympia, Washington to Northwest Texas that afternoon. She had been driving for two and a half days already and even though her trip had been broken up by stays in a few mediocre motels, she was getting bored of this bullshit scenery. Everything was brown. When she had passed through towns like Merced and Modesto, there had been signs of life, but when she got to Bakersfield, all life ended. Then began the trek through nothingness. Tiny towns scattered throughout the desert, each one like a little oasis, offering respite to weary desert travelers.

There was only one reason that she took this assignment. The bonus. Delivering a seventy thousand dollar classic car across five states would net her a ten percent commission on the sale, plus overtime pay for travel. Almost ten thousand extra dollars to go towards her wedding and her new life.

She and David had been together for two years, and he had finally popped the question. She wanted to move out of her mother's home more than anything in the world. She loved David more than anything, but he was also her ticket out of a shitty life. Time spent with her mother was like time spent running your knuckles over a cheese grater. The constant put downs and hateful remarks were one thing, but the active sabotage of Kayla's life was another. Since alcohol and drugs were no longer a part of that life, Kayla had been trying to get things together. When it was obvious that moving back in with her mother was the only way to save enough money to straighten herself out, she had been afraid of what that might bring. On the first day back from rehab, her mother had brought a bottle of vodka home and left it on the kitchen table. Kayla had wanted to drink it so badly, but she hadn't touched it. Her mom had seemed disappointed.

Shaking herself out of her memories and self-pity, she turned her thoughts to David. The pair had met in rehab. Her choices were booze and pills. He was too fond of alcohol and cocaine. Fraternizing was frowned upon at Misty Meadows, but they had talked every day. A bond formed that was only strengthened by their mutual struggles. By the time they were released from the center, they had fallen in love. That love had carried them through trying to find jobs and getting settled back into living lives unencumbered by addiction. It sounded cliché, but they had saved each other.

A sign read, 'Please turn on your headlights'. She flipped hers on, realizing that she hadn't even seen a car on the highway since she left Barstow.

As if the universe had been eavesdropping on her inner conversation, she suddenly saw headlights in the distance behind her. Up and over hills and valleys, the vehicle was coming up on her bumper fast. Too fast as a matter of fact.  It cleared the distance between them in what seemed like seconds. As the midnight black Impala barreled up behind her, the chrome skull gleamed, and she said a little prayer that it would just pass on by.

As if God was really listening, the car swerved around her and passed on the left side. As the Impala rumbled past the driver's side window, Kayla tried to take a peek in at the driver, without looking too conspicuous. What she saw took her by surprise. She saw,
nothing
. The windows were tinted a dark black, almost the same shade as the car itself. Even beyond the tinting, there was no shadow of a driver in front of the bright sunlight like there should have been.

Dismissing the lack of a driver as a trick of the tinting, she continued on her way, keeping the red Stingray right at sixty-five. After thoroughly rationalizing what she had seen, she turned the radio up and began singing along to The Eagles. After a few more miles, the soda she had with dinner started to catch up with her. She had such a weak bladder, it was almost ridiculous. There was a sign indicating a rest stop two miles ahead and she pushed the accelerator a little further to insure she made it there in time. As The Moody Blues sang about Nights in White Satin, the rest stop shimmered into view.

Pulling in to the circular drive, the vending machines that sat in front of the small block building glowed in the now dusky twilight.

"I could really use a Snickers." Kayla laughed. "Because Snickers satisfies!" She sang to the empty car.

Parking in the spot closest to the building, she hopped out of the red sports car and made a dash for the bathrooms. When she got inside, it was as she expected. The concrete floors were damp with who-knows-what, the single sink had rust and dried soap all around the rim, and the mirror had more names and hearts scratched into it than it did actual reflection. Gingerly padding over to the open stall that housed the toilet, she expected the worst, but was somewhat surprised. It was actually not that bad, she thought as she covered the seat with strips of toilet paper to guard against germs. She relieved herself with a contented sigh.

The deep rumble of an engine jolted her from her urinary euphoria. She quickly finished and washed her hands. As she walked to the door and stepped out, she couldn't believe her eyes. There sat the black Impala with the chrome skull staring back at her in the twilight. She ducked back into the bathroom and pressed her back against the cinderblock wall, hoping that the driver had not seen her. The door of the car creaked open and she heard what sounded like boots crunching the gravel beneath them.

Heels clicking on the sidewalk now, approaching the restrooms. As the unseen driver approached the building, he stopped in front of the ladies room. Kayla couldn't quite tell, but it sounded as though he was sniffing the air, like a wild dog in search of prey. The driver took one long, deep breath and sighed in what seemed like extreme pleasure, and then he made his way to the men's room.

Kayla didn't want to leave until after this creepster had vacated the rest stop. She pulled a cigarette from the worn pack in her pocket and lit up. She had been trying not to smoke on this trip, and had been mostly successful. Now, she thoroughly savored the sweet, harsh heat that coursed down her throat and filled her lungs.

The driver apparently finished up his business and exited the lavatory. She held her breath as his boots clicked the sidewalk on his way back to the car. She didn't exhale until she heard the engine rumble again and the car drove away. Looking around, she stepped out of the bathroom and walked back to her car, tossing her cigarette on the ground, Snickers bar completely forgotten.

Flopping into the front seat, she noticed the little slip of paper under the windshield wiper. She opened the door and reached around to grab it.

As she unfolded the small yellow slip of paper, she felt the blood literally drain from her face. There were just a few words scrawled across the note, but they sent a chill up her spine. All the message read was:

She crumpled the note and threw it out onto the ground as she started her car and drove away, watching out for the freak in the Impala at every shadow and turn. Even with AC/DC on the radio, she couldn't shake the feeling that this was more than a prank. Continuing down the deserted highway, she said another prayer that this was her last encounter with the driver and his demon Impala.