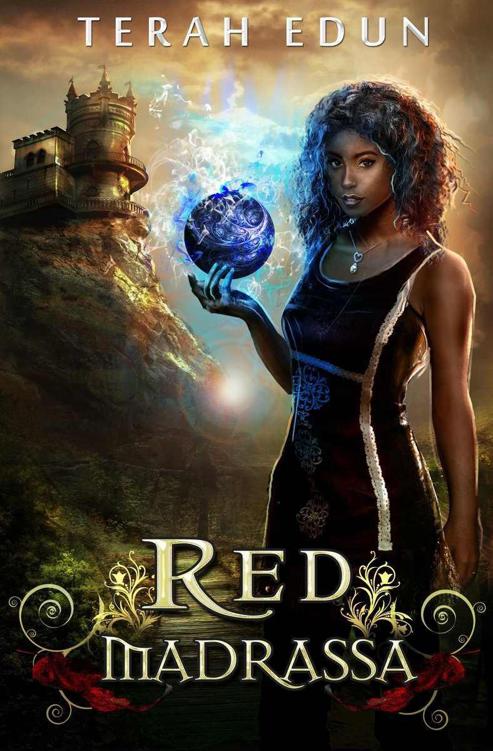 Published by Terah E. Edun
Copyright © Terah E. Edun, 2012
Edited by Floyd Largent
Cover art by Amalia Chitulescu
e-book formatting by
Guido Henkel
ISBN-10: 1622094026
ISBN-13: 9781622094028
All characters in this book have no existence outside the imagination of the author and have no relation whatsoever to anyone bearing the same name or names. Individuals known to the author inspire neither individuals nor incidents mentioned in this novel. All incidents are inventions of the author’s imagination.
All rights reserved. Except as permitted under the U.S. Copyright Act of 1976, no part of this publication may be reproduced, distributed or transmitted in any form or by any means, or stored in a database or retrieval system, without the prior written permission of the publisher. 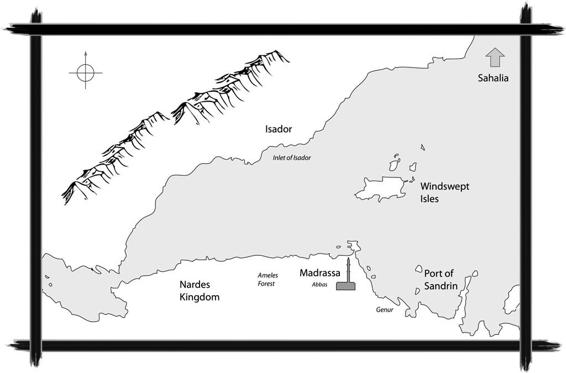 T
o my best friend, Audrey, thank you. There is no way I could have done this without you. As always I’m grateful for the support from my family and my awesome book crafting team.

The sun was bright and the wind brisk as she walked along the beach, kicking up tufts of sand in her wake. She felt guilty – but not enough to turn back and apologize.

The man who stormed toward her was not happy to see her. In the past, when she was younger, he had often tossed her high in the air, her shrieks of delight ringing out like silver bells as he caught her safely in his arms.

Today was not such a day.

“Father…” she began, as he reached her.

He held up a hand to forestall any excuses. “Allorna,” he said tightly, “It breaks my soul, but the prince is quite clear. You are not to guard him or his companion.”

She was only 14, but already the responsibilities of the gardis hung heavily upon her. She simply nodded.

“I have a good idea of what you did,” her father continued through gritted teeth, as they walked side by side in the morning sun.

“But Father,” she protested, with the fire of youth inspiring her words, “The Prince is not
worthy
of our protection! He’s an insolent, self-important whale with no care for his people
or
the Guardians.”

“He is our Prince, son of the Emperor and your future ruler!” her father shouted. “You have maligned the name of gardis, which our family holds dear!”

He paused long enough to take a cleansing breath. Then he stopped being her father, at least for the moment. “From here on out,” the Commander of the Imperial Guard continued icily, “you will serve as a true conscript should. You will be assigned city cases in the morning.”

He spun on his heel to walk away, then turned back to glare at her. “Do well, Allorna. I will not be able to protect you from here on.”

As her father and Commander stalked away, Allorna slumped in the sand with her face on her knees. She wasn’t sure whether to laugh or cry or shout her anger to the skies.

For a thousand years the royal family had ruled, through times both peaceful and turbulent. Yet she had been assigned to the one future ruler who was absent in care or fidelity for his position…‌in other words, a complete idiot.

She sat there for a few minutes, then rose, dusted off her breeches, and gathered in her dignity. If she was to be a common watchwoman,
fine
. At least she no longer had to deal with the insolence of the Prince and his
amlah
. Heaven protect whoever did.

He tossed and turned, wringing his sheets and soaking the bed with familiar night terrors.

The laughter and warmth of the day lingered in his dreams. He ran through fields of green vines that twined around sticks in the ground. It was late spring, pruning season for his mother’s gardens. Heat exaggerated the vegetable scents that hung heavy in the air. Sunrays shone down with unrelenting force, scattered in an almost grid-like pattern.

He ran through the sunbursts that danced like spotlights through the twining irrigation canopy overhead. As any true Sahelian knew, basking in the splashes of sun was the best part of spring and summer.

If felt like heaven to have these rays of heat and warmth on his skin. He’d been told that upon gaining his wings, a long day in the desert sun would be more intoxicating than any opiate‌—‌whatever that was.

As he continued his play, he stumbled closer to his mother. He could see her through the vines, although she was turned away from him. Clad in gardening gloves and an apron, from behind she looked like any Human scullery maid.

He saw that his father, strong and lean with ivory skin, was sneaking up on her. With her exceptional hearing, she turned to him first, of course.

Normally, now would be the time for Vedaris to leave. Usually it got super-gross super-fast, what with the kisses and touches and all.

As he turned to do just that, the tension in his mother’s and father’s stances halted him. He saw that they faced each other silently in the garden clearing. They stood just a few feet apart, but with the unhappiness radiating from his father’s stiff shoulders, it might as well have been miles.

“Did you petition the healers for an annulment of our union?” his father asked.

She raised her chin and said, “I did.”

“Why…‌is our family not enough? Was our love not strong?” He kept his voice low, speaking through clenched teeth, mindful of his children sleeping in the house.

“Our love was strong,” his mother replied, “but our union was not.”

As he surged up out of the tangled sheets in the dark night, the last thing Vedaris remembered was the stricken look on his father’s face.

He shook as the fading glimpses of his past slipped slowly away.

Healing was his passion, cultivated as an art for centuries among his clan. Now his talents were considered a weakness at best, but more often were reviled as a curse.

As he knelt beside the injured man, he stared at the festering wound. A haze of grayish-green fog hovered over the infection. From the sickly hue, he could tell that the illness would only worsen. He pursed his lips and glanced at the woman kneeling by the man’s head. “I’m sorry,” he said, “But the infection will spread…‌his organs will sicken, and he will die a slow, painful death.”

Her sister, hovering behind her, tossed a couple of coins in his general direction. With a sneer she spat, “Aye, there was no doubt of his death; and now we spend the last of our coin to hear it from a
Deathkeeper’s
lips.”

The fear and hatred in her eyes was palpable. Sidimo scrambled up and left through the door of the one-room cottage, the sobs of the women ringing in his ears.

Before his clan had been turned away from their healing arts, they had been known as Deathkeepers. In times past, the term had been a thing of honor, bestowed because they halted death at the doorsteps of the living, and pushed it back from the beds of the ill. A hundred years ago, that had changed. Plague had swept through the lands, sparing none, leaving Human, Octupani, and Sahelian alike dead in its wake. The Deathkeepers above all had sicken and died.

The old healing knowledge had been lost. The ability to diagnose illness and the stage of its peril had remained; and so those who had once stopped death in its tracks had instead become little more than heralds of its advance.

She wandered through the Weaver’s Hall, eyeing the threads of brightly colored yarn extending from the spools high in the ceiling down to the giant looms below. This was the factory that would make the handsome tapestries of lore for the Prince’s ball. Begun a year before, the preparation was arduous work. She was careful not to distract the hardworking weavers as she wove from loom to loom in search of her sister.

A once-beautiful girl whose eyes were shadowed by the horrors of the past, Saras worked the looms to make ends meet. It was almost unheard of for an Octupani to take work outside the home, especially manual labor, but she saw no other choice.

Saras had been married once, and that time haunted her still. Though only a few years older than Sitara, she acted as if youth and motherhood had passed her by half a century ago.

Having found her at last, Sitara said in a low voice, “Saras, it will be soon. Soon, we will rectify what they have done.”

Saras, consumed with work, only looked to the loom of purple. She did not acknowledge Sitara’s words; but then, she never did. She never spoke to anyone, minding only her workplace tasks. Knowing that this was so, Sitara continued to speak. She spoke of the past and the future, the weather and politics. What she never spoke of was home and marriage, because she had none.

She had only Saras, and her dreams of what was to come.

Shift by Sidney Bristol
Hero's Song by Edith Pattou
Awakening (The Magic of the Black Forest Book 2) by Macy Farmer
The Whole Truth by David Baldacci
Repossessed by A. M. Jenkins
How To Marry Your Husband by Anne Brooke
Reaver by Ione, Larissa
Bobby Gold Stories by Anthony Bourdain
A Sister's Promise (Promises) by Lenfestey, Karen
Absent Friends by S. J. Rozan