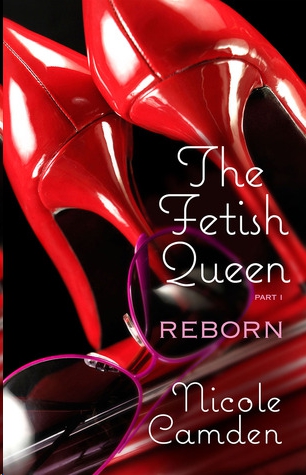 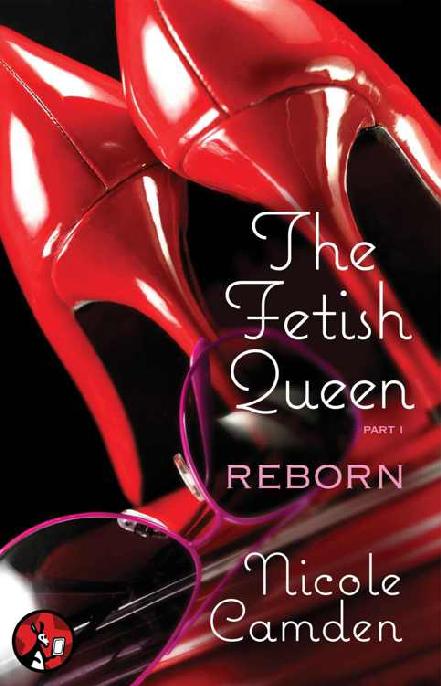 Thank you for downloading this Pocket Star Books eBook. 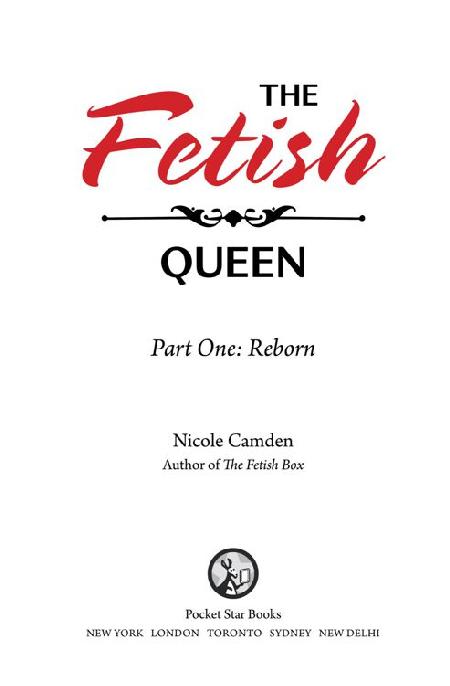 the best stepmother-in-law a girl could have

When love beckons to you, follow him, though his voice may shatter your dreams.

Grace Kelly, Marilyn Monroe, Greta Garbo, Audrey Hepburn, and Katharine Hepburn had been Sarah Wells’s babysitters when she was growing up—which explained a lot about how she turned out. She’d go to her neighbor Miss Gloria’s apartment in the afternoons and watch old movies while her mother entertained one of her “guests.” Mom’s guests could get violent sometimes; a couple of them had even suggested they preferred Sarah’s undeveloped body over her mother’s, so Sarah had learned to stay gone most of the time. Miss Gloria, an eighty-year-old black woman who’d grown up in Brooklyn, liked to drink black coffee wearing a muumuu and house slippers and watch the classics until she fell asleep on the couch. Sarah felt safe surrounded by the floral wallpaper and the old-fashioned images on the tiny black-and-white screen Miss Gloria wiped down with Windex every morning.

“That was true beauty,” the old woman would croon every now and then when she’d wake up and see Marilyn or Greta on the screen.

Sarah figured that if Miss Gloria was right, her mother qualified as truly beautiful. She had big eyes, big, pouty lips, and clear, flawless skin. Even after years of smoking, Sarah’s mother was still beautiful; but that didn’t stop her from getting pushed around by her clients every now and then, or drinking herself into oblivion. Those were the worst nights, the nights when her mother would get drunk and talk about Sarah’s father, about how he’d kill them both if he ever got out of prison. She’d made Sarah promise, over and over again, that if he ever got out, Sarah would run away, as far and as fast as she could. Sarah didn’t understand why her mother was so certain he’d come after them or why he was even in prison in the first place, but she knew well enough that if her mother considered him dangerous, he was someone to avoid.

Bad things happened all the time in their neighborhood; women and girls were snatched off the streets, stores were robbed, people were killed. Sarah was certain that the Desert Palms apartments had always been dingy and nondescript since they were first built in the fifties, but by the early nineties, things had gotten even worse. Graffiti covered most of the walls and the sign outside. The palms that had been planted around the buildings had long since died. Only one lone cactus remained, which she admired for its sheer stubbornness. Even spray-painted with crude lettering, it somehow managed to look defiant.

When Miss Gloria was transferred to a nursing home, Sarah stayed at the library during the afternoons, and in the evenings her mother would take her to the club she worked most nights, a place with a large black man guarding the door, lots of bright purple lights, and women dressed in sparkles. The club, Dominoes, hidden pretty deep in the middle of nowhere, had always been a popular destination for wealthy foreigners. Sarah had loved the clothes the women wore there; she had wanted to wear feathers and diamonds and high-heeled shoes, too. Sometimes the strippers would dress her up and tell her that someday she would be a heartbreaker.

“Probably,” Sarah usually agreed, although she didn’t see how being beautiful had helped her mother, or any of the other strippers.

Some of them thought they had power when they danced. Sarah heard them talking about how all the men in the audience had been begging for it, and how much the strippers liked keeping it from them. Sarah could understand that. She supposed that if she were at the mercy of the vicious men who ran the club, she’d be looking for power any way she could find it, but she wasn’t about to spend her life taking her clothes off for money.

One night, just after she turned fourteen, she was doing her homework in the dressing room of the club when she realized that a couple of the dancers were looking at her and whispering. Sarah was used to this kind of behavior at school, where her rather large breasts and pretty porcelain skin were the subject of many hushed conversations, but the girls at the club rarely bothered to notice her.

Colleen, a frowsy redhead, looked a little worried, chewing on her lower lip with her teeth.

“Nothing, honey. We just can’t find your mom.”

“What do you mean?” Sarah demanded. “She’s dancing.” She set her schoolbooks aside and stood. “Show me where she’s supposed to be.” Even though Sarah was only fourteen, people tended to do what she asked of them.

The girls, Megan and Colleen, led her out of the dressing room into the curtained-off area where the dancers waited for their cues. Feathers were floating cheerfully in the air, the liberated plumage of a boa that had been used in one of the acts before a dancer had accidently ripped it in half onstage.

Colleen pulled her away from the center of the curtains where the girls stalked out onto a type of runway and led her down the side of the crescent-shaped waiting area to another opening in the curtain.

“She’s supposed to be over there,” Colleen whispered, and pointed to the far corner. “She never misses a dance.”

Sarah knew that—that’s why she was worried.

“Let’s go,” Sarah whispered to Colleen and Megan when she managed to get her breath back.

They hurried to the dressing room, but there was no sign of her mother anywhere.

“You should go,” Megan told her in the weird, garbled way she talked. She didn’t like to show her teeth and covered them with her top lip as she spoke, so every now and then a low whistling sound would accompany her words.

“Okay,” Sarah agreed, knowing something must have gone wrong. “Where exactly? I don’t have a car.” One of the girls had picked them up and brought them to the club tonight.

“Ask Toby,” Megan said and quickly walked off, her chest leading the way.

Toby, one of the bouncers, was a former football player who’d suffered one too many head injuries, but he was nice enough. He’d give Sarah a ride if she asked him.

Sarah retrieved her books from the gold chair and gathered her shoulder bag from the floor beside it. Something fell off—a note—just as she picked up the bag. It was a note in her mother’s handwriting.

Sarah hurried out of the building and nearly ran into Toby, who was smoking a cigarette with some of the other bouncers under a dim overhead light at the back entrance. They usually hung out and smoked on their breaks, especially now that the nights were mild.

“Hey, Toby, can you take me home?” Sarah asked in a breathless rush, looking up at the shadowy figures of the men. Some of them were strangers with odd clothes. One of them said something she didn’t understand; she thought maybe it was in Russian.

All the men laughed except Toby, who looked a little confused.

“Sure, girl. You got your stuff?” He threw his cigarette down on the gravel and ground it out with his foot.

“Yeah.” Sarah nodded, ignoring the looks the other men were giving her, and moved closer to the big man.

“All right, then,” he told her, covering her shoulders with a friendly arm and leading her away.

He moved with her, probably not understanding her urgency but responding to it nevertheless. He opened the door of his classic 1968 Chrysler New Yorker, a huge blue boat of a car that he maintained with pride.

She waited impatiently, looking out the back window as he checked all his mirrors and turned the key. The car roared and shook as its massive engine turned over. Gravel crunched beneath the tires and all Sarah could think was,
Hurry, please, hurry.

They pulled out of the lot without incident, and before long the bright purple and white lights that spelled out
DOMINOES
disappeared, and there was only desert all around them. Toby drove carefully, humming to himself.

Sarah relaxed in the front seat.
Maybe I overreacted,
she thought, picking at her thumbnail, but the knot in her stomach told her otherwise. She was hyperaware of everything around her, the sharp, percussive thumps of exhaust from the muffler, the dark, dense navy blue of the leather on the dash, the bright reflective sheen of the chrome in the streetlights as they drove.

“Sure,” he said. He seemed to hesitate, as if he knew it was wrong to ask but didn’t know what else to do. “Can you tell me how to get there?”

Sarah nodded. “Sure, just take the next exit.”

She directed Toby to pull into a space well away from her apartment. She never took an obvious route and made sure to change things up each time. Her go-to entrance when she felt unsafe was one of the fire escapes in the back that led to the kitchen window.

“Thanks, Toby,” she told him as she shoved the car door open. “You better go back to the club now.”

Sarah hurried out of the car and let the weight of the door slam it shut before she moved quickly toward the back of the building.

She didn’t see any strange cars in the lot but didn’t want to take any chances.

Out of Range: A Novel by Hank Steinberg
The Untamed Earl by Valerie Bowman
Intensive Care: Escape to the Country by Nicki Edwards
Razor Wire Pubic Hair by Carlton Mellick III
Stolen Kisses by Grayson, Jennifer
The Broken Road by Melissa Huie
Ngaio Marsh Her Life in Crime by Joanne Drayton
The Masada Complex by Azrieli, Avraham
~cov0001.jpg by Lisa Kleypas
Once an Heiress by Elizabeth Boyce