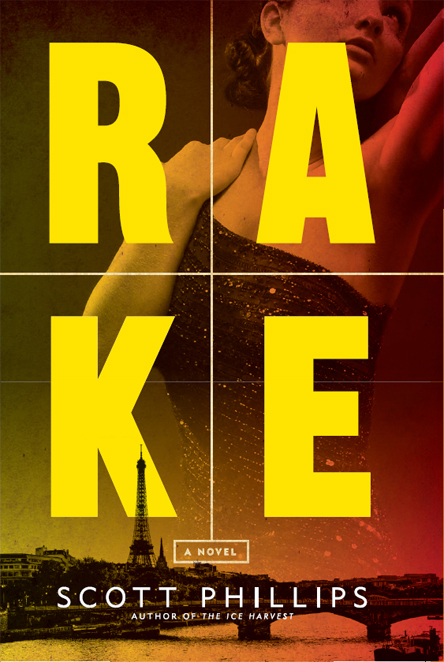 All rights reserved under International and Pan-American Copyright Conventions. No part of this book may be used or reproduced in any manner whatsoever without written permission from the publisher, except in the case of brief quotations embodied in critical articles and reviews.

“That’s a lot of superstitious baloney.”

—David Manners and Bela Lugosi, in
The Black Cat
, based on a story by Edgar Allan Poe, written by Edgar G. Ulmer and Peter Ruric, and directed by Ulmer

I
T’S MAYBE 2:00 OR 3:00 AM WHEN I AWAKEN to the smell of Esmée still clinging to the sheets and to the unmistakable sensation of someone’s presence in the apartment. Esmée left hours ago, and though the lights are out and I hear nothing but the sound of the air conditioner cycling, my instincts tell me I’m right. Sliding off of the bed as quietly as I can, I crouch and try to remember where I put my telescoping baton. All right, got it, my inside sportjacket pocket, but where’s the jacket?

Too late for that anyway. Someone’s standing in the doorway of the bedroom, and I don’t know if he sees me or not.

I’m next to an end table, and as quietly as possible I run my hand over it, trying to remember whether there’s anything on it that might be used as a weapon. My hand clasps something oblong, made of stone and weighing a good two and a half kilos.

I’m creeping toward the figure when a flash goes off, the sound of gunfire mostly muffled by a silencer. A moment later
my would-be killer flicks on the light switch and reveals himself: Claude Guiteau has come to do his own dirty work, using his own two hands. I’m almost proud of the old boy as I swing my blunt object down over his head. This all takes place in the split second he stands there puzzling over the fact that there’s no corpse in the bed, just a bullet hole in the pillow.

Once down, he’s not completely out. The pistol’s on the floor, though, and for a few slow moments he gazes in blurry puzzlement up at me. Then to my relief, he passes out; I don’t want to hit him again, having realized that I’ve bludgeoned him with a very fine piece of antique jade, another blow to which might snap it.

I set about restraining him and consider my options. What, for example, will happen if I call the cops? Scandal would lead to some really first-rate publicity, which would in no way harm my bankability; but with Claude in prison our project would stall, maybe fatally.

Kill him? Not here, in his own apartment, certainly. It occurs to me that, given his line of work, he might have the kind of enemies who’d pay to see him dead, might even pay to have him handed over alive in order to kill him themselves in some exquisitely horrible and painful manner.

But having the man tortured to death seems unsporting. After all, this attempt on my life would have been instantaneous and quite possibly painless, had he succeeded. I dial Fred, whose business this is whether he knows it or not, and tell him to come over immediately and to be discreet about it. Take a cab and get out a couple of blocks away, I tell him.

“You want to have a story meeting now? At three-fifteen in the morning?”

“Not a story meeting. This is more of a finance meeting. Now get your ass on over here.”

By the time he arrives I have poor Claude trussed up like a prize steer at a rodeo. In one unlocked drawer in the closet was a plentiful supply of ropes, gags, nipple clips, and so on, something I’ll have to question Esmée about at some future date. For the moment, however, they’re perfect for restraining Claude, who has yet to regain consciousness. When Fred walks into the kitchen he finds Claude unconscious and tightly bound to the chair with a bright sky-blue ball gag stuffed in his mouth.

“Yeah. You got any ideas for getting rid of the son of a bitch?”

His voice rises about an octave. “Our backer?”

“I guess he found out I was banging his old lady.”

“Goddamn it.” He raises his hands to his temples and spins around once in disbelief at my carelessness. “Didn’t I warn you not to do that? Shit. You think he’s going to put up the money now?”

I had given that a fair amount of thought while preparing for Fred’s arrival. He wasn’t going to put up any money now, that was for sure. “That’s what you’re here for. You’re the brains of the outfit.”

He stares at Claude for a minute, the cogs rolling in his head, and I feel a sudden burst of confidence in him. Whatever I’ve done, Fred’s the guy who’s going to make it better.

“Happy Friday the thirteenth,” I tell him. “I do have one small suggestion. I know a girl who has access to a meat locker.”

He thinks it over, seems to approve. He’s a smart fellow, cautious and analytical, and if he approves of the idea, I feel certain it’s a sound one.

Maybe, I think, I’m home free. Maybe the curse of the calendar did its damage to Claude rather than to me. I am, after all,
a member of a superstitious profession, an avoider of black cats and hats left on the bed and broken mirrors. Perhaps the gods of superstitions have rewarded me for all my years of fidelity.

Y
OU KNOW ME, OR MORE PRECISELY YOU have the distinct impression that you know me; it probably amounts to the same thing, from your point of view at least. For five years I played Dr. Crandall Taylor, dissolute, randy, ne’er-do-well bastard son of Senator Harwood Taylor on an American soap opera called
Ventura County
. No one paid the show any attention at all back home, where it ran five days a week at eleven in the morning, watched only by the loneliest and horniest of housewives and the laziest of college students. In Europe, though, they had the bright idea of running us in the evening, right at the start of prime time, and to everyone’s surprise we turned into a massive hit. With each one-hour episode cut in half, our five-year run will last ten over here, and though the show’s been out of production for three years, we’re still a success in most of Europe, with several years’ worth of episodes still to run.

And I was the star of the thing. I can’t cross the street in Paris without somebody doing a double-take and calling out “Hey,
Crandall,” or have dinner in a nice restaurant without having to interrupt my conversation and chat with some well-meaning, star-struck viewer.

This is the point in the story where you’ll be expecting the usual celebrity whine about loss of privacy, intrusive fans, and how much I wish I had my anonymity back. You’re thinking how happy you’d be, how if you were wallowing in money and pussy and adulation from complete strangers, if you could just walk right into some club with a line stretching down the sidewalk, if the chef always wanted to send you something a little extra just for doing him the favor of showing up at his restaurant, if people were scrambling to get you to make a CD or a new TV show and pay you even more money and make you even more famous, well, that’d be just fine with you.

So I’m going to surprise you right here and leave out the bitching. Sure, sometimes it’s a drag when someone interrupts a meal, but so fucking what? I’m an actor. What exactly did I think I was signing up for here? It’s great, getting treated like something special. Free stuff, brazen women—especially women who are normally demure but who get sexually aggressive when they see a celebrity—preferred seating everywhere I go: yeah, this is pretty much the life you imagine it is. And it’s great.

For example: Not long ago I was spending a pleasant evening in a nightclub off the Étoile. The bouncer let me in without paying, management sent over a complimentary bottle of Veuve Clicquot, and as I scanned the crowd for some woman who might want to come back to my suite, an attractive lady came over to my table, leaned down to whisper in my ear, and then casually suggested I might want to fuck her while her husband watched. She was in her early thirties, wearing a blue minidress and
high-heeled shoes that in the dim light of the club seemed to match it. Her face promised something wild, with a sharp little nose and a crooked smile and big, round doe eyes that didn’t ever seem to blink. Her hair was cut razor-close at the sides, and as she spoke to me she was making little rotating motions with her pelvis as though she were already gearing up for it, and I thought what the hell?

So the three of us headed for their apartment in the sixteenth, with hubby driving while I fingerbanged milady in the backseat. I was a little disappointed that she wasn’t wearing underwear, since one of my favorite moments when fucking a girl for the first time is that moment when your fingers cross that elastic Maginot Line of her panties. She was making a hell of a lot of noise while I did it, and our driver drove without betraying any reaction whatsoever. I suppose that was part of the thrill of it for the poor bastard.

Devil's Thumb by S. M. Schmitz
Her Heart's Desire by Merritt, Allison
Nocturnal (episode n. 1) by Quelli di ZEd
Before My Eyes by Caroline Bock
Dayhunter by Jocelynn Drake
Deadly in High Heels by Gemma Halliday
Between Her Cowboys: (Taken by Cowboys: Part 4) A Billionaire Western Romance by A.L. Loire
The Sensible Necktie and Other Stories of Sherlock Holmes by Peter K Andersson
The Ghostfaces by John A. Flanagan
The Accidental Vampire by Lynsay Sands