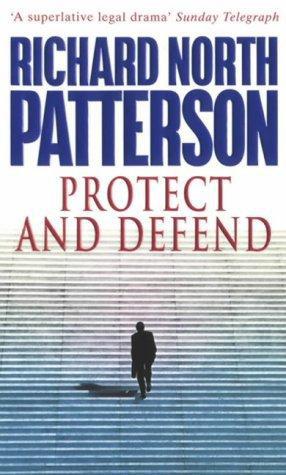 “ONE OF THE BEST WASHINGTON
NOVELS I’VE EVER READ.”
—San Francisco Chronicle

“The story is as intricate and balanced as a grandmaster chess game, with each move demanding and receiving an equally clever counter move…. Like
Advise and Consent
in its time, this book is a gripping read that raises questions vital to our democracy.”

“This mesmerizing account of the confirmation battle over our first female Chief Justice will change the way you think about the lives, the politics, and the psyches of those who govern….A riveting read.”

“Compelling … Well-written … Wholly believable … An enlightening look into the powers that be.”

“A NOVEL THAT MELDS WHITE
HOUSE INTRIGUE WITH
COURTROOM DRAMA …

“Enthralling … Epic, compelling reading … A novel you’re not soon to forget … Patterson has made a stellar career and attracted legions of fans by writing taut, character-driven courtroom dramas…. [Now he] has ratcheted up the stakes, taking on some of our society’s hot-button emotional issues, mentally chewing them up and spitting them out in an engaging, thought-provoking novel of political and judicial machinations.”

“Gripping … Patterson’s characters of all political stripes are convincingly and memorably drawn. Through their public actions and backstage maneuvers,
Protect and Defend
builds to a powerful catharsis.”

“A joy to behold … Compelling and enlightening … Very important … Envelops the reader with rich details, anxious moments, and the need to know.”

“An exhaustive and gripping discussion of the powerful human realities of late-term abortion and parental consent. Through his brilliantly conceived and expertly wrought narrative of the trial, Richard North Patterson has described those issues with unequaled lucidity and vividness.”

“Absorbing … A particularly robust hatching of an endangered species of literature—the novel of ideas.”

“This gripping story will arouse and hold the reader’s emotions while also presenting for the reader’s intellect, in a very human context, difficult moral and constitutional questions.”

“Resonates and reverberates well beyond the narrow confines of ‘popular fiction,’ just as Allen Drury’s
Advise and Consent
did nearly a half-century ago.”

“EXCELLENT…
THE PLOTTING IS INTRICATE,
THE WRITING IS ABSORBING….

“
Protect and Defend
is an important novel on passion and politics. Richly rewarding in both story and character, this is a tale that appeals to both the intellect and the heart…. This book is sure to spark heated dialogue in book clubs throughout the nation. Oh, how I hope it will.”

“A whopping political novel that is at once suspenseful and informative, gripping and touching. Without taking sides, he dramatizes the passions on both sides of the abortion argument, producing both a compelling story and an accessible dissertation on the complexities of our most troubling social issue.”

“A blissfully large-scale political [novel] that’s also an unsparing examination of tough questions about abortion, by an author shrewd and generous enough to give spokespeople of every persuasion their day in court.”

“Timely, authentic—the plot adds voltage to the word spellbinding. Richard North Patterson moves to the head of the class.”

Excelling as both a political novel and a tale of suspense, Patterson’s latest takes a provocative look at the ethics of abortion and the power plays endemic to American politics…. We’re talking major bestseller here.”

“Engrossing … A spellbinding tale that moves the reader … Even an experienced lawyer will be riveted and impressed by
Protect and Defend
…. It is the best discussion, bar none, I have ever read of the pros and cons of abortion…. It is not possible to read
Protect and Defend
with indifference.”

“In an intimate and personal way,
Protect and Defend
brings the reader into the toughest and most divisive issue of our time—abortion. The brilliantly interwoven stories demonstrate how even the most powerful can be destroyed by it. A masterful work.”

“The book’s fictional president, Kerry Kilcannon, is a splendid exemplar for any actual head of state…. This gripping novel thoughtfully examines the issues with which a principled president must grapple in honoring his oath to ‘protect and defend’ our Constitution.”

Books published by The Random House Publishing Group are available at quantity discounts on bulk purchases for premium, educational, fund-raising, and special sales use. For details, please call 1-800-733-3000. 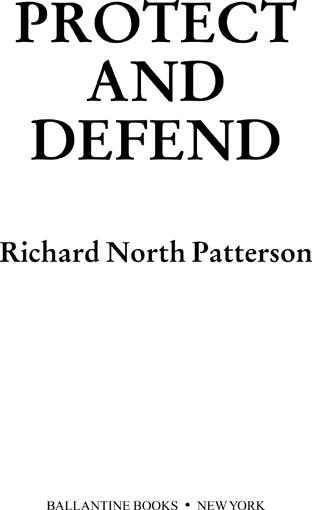 For Katie, Stephen, and Adam
with love and pride

—
THE OATH OF OFFICE

PART I
THE INAUGURAL
ONE

The two men faced each other on the patio which fronted the west side of the Capitol, surrounded by guests and officeholders and watched from greater distances by thousands of well-wishers who covered the grounds below. The noonday was bright but chill; a heavy snow had fallen overnight, and the mist of Bannon’s words hung in the air between them. Though Kerry wore the traditional morning coat, those around him huddled with their collars up and hands shoved in the pockets of much heavier coats. Protected only by his traditional robe, the Chief Justice looked bloodless, an old man who shivered in the cold, heightening the contrast with Kerry Kilcannon.

Kerry was forty-two, and his slight frame and thatch of chestnut hair made him seem startlingly young for the office. At his moment of accession, both humbling and exalting, the three people he loved most stood near: his mother, Mary Kilcannon; Clayton Slade, his closest friend and the new Chief of Staff; and his fiancée, Lara Costello, a broadcast journalist who enhanced the aura of youth and vitality which was central to Kerry’s appeal. “When Kerry Kilcannon enters a room,” a commentator had observed, “he’s in Technicolor, and everyone else is in black-and-white.”

Despite that, Kerry knew with regret, he came to the presidency a divisive figure. His election last November had been bitter and close: only at dawn of the next morning, when the
final count in California went narrowly to Kerry, had Americans known who would lead them. Few, Kerry supposed, were more appalled than Chief Justice Roger Bannon.

It was an open secret that, at seventy-nine, Bannon had long wished to retire: for eight years under Kerry’s Democratic predecessor, the Chief Justice had presided grimly over a sharply divided Court, growing so pale and desiccated that he came, in Kerry’s mind, to resemble parchment. Seemingly all that had sustained him was the wish for a Republican president to appoint his successor, helping maintain Bannon’s conservative legacy; in a rare moment of incaution, conveyed to the press, Bannon had opined at a dinner party that Kerry was “ruthless, intemperate, and qualified only to ruin the Court.” The inaugural’s crowning irony was that the Chief Justice was here, obliged by office to effect the transfer of power to another Democrat, this one the embodiment of all Bannon loathed. Whoever imagined that ours was a government of laws and not men, Kerry thought wryly, could not see Bannon’s face. Yet he was here to do his job, trembling with cold, and Kerry could not help but feel sympathy and a measure of admiration.

The outgoing president watched from Kerry’s left, gray and worn, a cautionary portrait of the burdens awaiting him. Yet there were at least two others nearby who already hoped to take Kerry’s place: his old antagonist from the Senate, Republican Majority Leader Macdonald Gage; and Senator Chad Palmer, Chairman of the Judiciary Committee, a second Republican whose rivalry with Gage and friendship with Kerry did not disguise his cheerful conviction that he would be a far better president than either. Kerry wondered which man the Chief Justice was hoping would depose him four years hence, and whether Bannon would live that long.

The Sunlight on the Garden by Francis King
Everneath by Ashton, Brodi
Catherine Jinks TheRoad by Unknown
Red-Dirt Marijuana: And Other Tastes by Terry Southern
Scruples Two by Judith Krantz
Time Tantrums by Simpson, Ginger
Old Friends and New Fancies by Sybil G. Brinton
Operation Honshu Wolf by Addison Gunn
Eleven Days by Stav Sherez
The Burglar on the Prowl by Lawrence Block