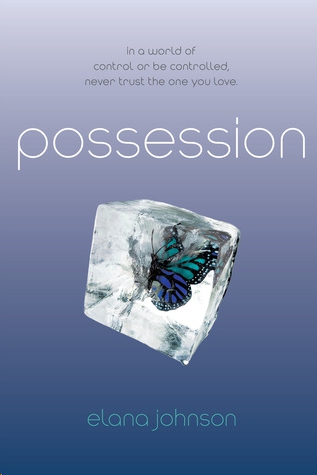 Thank you for downloading this eBook.

Find out about free book giveaways, exclusive content, and amazing sweepstakes! Plus get updates on your favorite books, authors, and more when you join the Simon & Schuster Teen mailing list.

or visit us online to sign up at
eBookNews.SimonandSchuster.com/teen

To my family. I would choose you
over anyone and anything.

Good girls don’t walk with boys. Even if they’re good boys—and Zenn is the best. He strolled next to me, all military with his hands clasped behind his back, wearing the black uniform of a Forces recruit. The green stripes on his shirtsleeves flashed with silver tech lights, probably recording everything. Probably? Who am I kidding? Those damn stripes were definitely recording everything.

When darkness fell, another rule would be broken.

The whir of a hovercopter echoed high above the trees.
In this park, the saplings stood an inch or two taller than me. Some trees in the City of Water are ancient—at least a century old. But the forest is off-limits, and even I know better than to break that rule.

The filthy charcoal shade of the sky matched the impurities I’d filtered from the lake in class today. I imagined the color to be similar to the factory walls where my dad worked, but I had never been there and hadn’t seen him for years, so I couldn’t say for sure.

People don’t return from the Badlands.

“Vi, I’m glad you finally answered my e-comm,” Zenn said, his voice smooth, just like his skin and the perfectly fluid way he walked.

“You know my mom.” I didn’t have to elaborate. Not with Zenn. “I told her I was coming whether she said yes or not.” I tried to hide how desperate I’d been to see him, how happy his e-comm invitation had made me. He could’ve asked me to the moon and I would’ve gladly gone. And taken whatever punishment followed.

I’d left school during the afternoon break. The Special Forces compound is a two-hour walk south of the City of Water. I’d crossed the border and trekked for half a mile in the Fire Region just to see him. Crossing borders is also against the rules, but Zenn was worth every step.

I watched the hovercopters circle closer, comfortable in the silence with Zenn. Sometimes it said more than we did.

The sidewalks had stopped functioning thirty minutes ago, clearly curfew for this park. As one hovercopter dipped nearer, it took every ounce of courage I had to keep from reaching out, grabbing Zenn’s hand, and running.

Before, I might have done it. But there was something different about him. Something that made me think he wouldn’t run with me this time.

Another quick glance confirmed it. His eyes. They held no sparkle. No life. Maybe the Forces worked him too hard.

My sweet, wonderful Zenn. I hoped he was okay here. His eyes worried me.

“Well, now that you’re here, I’ve got something for you,” he said, smiling.

I angled my body toward him. Zenn’s e-comm had said he had a surprise for me—surely something he’d tinkered with until it was absolutely perfect. Like he was.

“The Forces have kept me busy,” Zenn continued, reaching into his pocket. He didn’t seem concerned about the circling hovercopters, but he wasn’t always living one breath away from getting arrested. “But we might not get to see each other again for a while. Your birthday is in a couple weeks, and you’re my—”

“You down there!” An electronic voice cut through Zenn’s throaty tone. I flinched and took a half step behind Zenn. A one-manned tech-craft, the hovercopter was invented especially for ruining lives. No one ever escapes from one. Not even me.

On the bottom rudder, a red rose winked through the twilight. My breath shuddered through my chest—I’d been caught by this hovercopter before. Maybe since Zenn was a Forces recruit and had invited me here, I wouldn’t get in trouble.

Yeah, right. Fairness isn’t something the Director cares about.

“Cards!” the mechanical voice shouted. Zenn pulled out his lime green activity card and held it straight up. An electric arm grew from the side of the police vehicle and flew down to scan the bar code on the back of Zenn’s card.

I slowly retrieved my own ID. No one in the Goodgrounds can so much as step onto the sidewalk without an electronic record of their activity.

My card was blue for the City of Water. I raised it halfway as the arm jangled at me, trying to get a better angle to scan the bar code. Then I’d be busted for being out of bounds—after dark.

Zenn watched me with a wary eye. “Vi. Don’t give them a real reason to lock you up.” He stepped close enough for his
body heat to permeate my senses. Touching was against the rules, but he’d broken that one lots of times.

I smiled, even though he was right. Lock Up is not a fun place. The stench alone is enough to set rule-breakers straight. Still, I almost threw my activity card into the brambles where no one would ever find it.

Zenn’s face stopped me, his mouth drawn into a fine line. My bar code would be attached to his—we were in the park after dark (
gasp!
)—and if I got into serious trouble, he might not be able to advance in the Special Forces. And I couldn’t have that weighing on my conscience.

I rolled my eyes at Zenn, something he didn’t see because of my oversize straw hat—another rule, one I actually followed. The scanner beeped, and a horrible squeal erupted from the hovercopter.

“What have you done now?” Zenn’s voice carried a hint of laughter amidst the exasperation.

“Nothing,” I answered. “I’ve done nothing this time.” I’d been good for two months.

“Violet Schoenfeld, stay where you are!” the mechanical voice boomed. “The Green demands a hearing.”

“Vi! The Green? Seriously, what have you done?”

“Can I have my present now?”

Everyone knows the Green is just a fancy name for the Thinkers. They’re the ones who broadcast the transmissions and categorize the people. The ones who do the thinking so regular people won’t have to.

Zenn would join Them when he finished training with the Special Forces. He’d wanted to be a Greenie for as long as I’d known him, but that didn’t stop our friendship. This arrest might—SF agents didn’t hang out with criminals.

Inside the hovercopter, large panels with multicolored buttons and complicated instruments covered the dashboard. Glass encased the entire bulb of the body, allowing the pilot to spot rule-breakers from any angle. A window in the floor beneath the single—and occupied—metal chair provided a good view of the ground below. Since I had nowhere to sit, I stood next to the tiny doorway.

I felt trapped in a bubble, with the charcoal sky pressing down around me. My throat tightened with each passing second.

After cuffing me, the pilot scowled. “This return trip will take twice as long. We usually send transports for arrests.”

I made a face at the back of his head. Like I didn’t know that. Almost as bad as Lock Up, transports are twice as uncomfortable as the cramped hovercopter. And the filth and stink? Nasty.

With my extra weight on board, the pilot maneuvered the craft awkwardly and zoomed back toward the towers on the south end of the Goodgrounds. “I have a break in twenty minutes. I don’t have time for this.”

Then let me out.
I watched Zenn fade to a distant dot, hoping it wouldn’t be the last time I saw him.

The hovercopter slowed and the pilot turned to glare at me. “Don’t try your tricks on me, girlie.”

I had no idea what he meant. I gripped the handle above the doorway as he swung the hovercopter to the left. Toward the towers.

The Southern Rim is only accessible to Goodies with special clearance or important business. I’d never been there, not that I hadn’t tried. No one I knew had ever been—water folk didn’t make trouble.

True fear flowed in my veins as we approached. Maybe sneaking to see Zenn had been a bad idea. The thought felt strange, almost like it didn’t belong to me. It grew, pressing me down with guilt.
You shouldn’t have risked your freedom to see Zenn.

The voice in my head definitely wasn’t my own. Damn Thinkers. I shook the brainwashing message away. Zenn had risked his freedom for me last summer.

Below me, fields wove together in little squares, some
brown, some green, some gold. Crops grown in the Centrals provided food for those in the Southern Rim and the rest of the Goodgrounds.

The fields gave way to structures standing two or three stories high. Constructed like the other buildings in the Goodgrounds—gray or brown bricks, flashing tech lights, and red iris readers in every doorway.

Windows were blinded off from the outside world. We certainly don’t want any sunlight getting in. No, that would be bad. According to the Thinkers anyway. Sunlight damages skin, no matter what color. Our clothes cover us from wrist to chin, ankle to hip, and everywhere in between. Suits for the business class. Jeans and oatmeal-colored shirts for everyone else. Wide-brimmed hats must be worn at all times.

Yeah, that doesn’t work for me. I don’t want to be a paper doll. That’s why I broke the rules and stopped plugging in to the transmissions.

The pilot swerved and twisted around the tall buildings. I’d never seen the city up close. My eyes couldn’t move fast enough from one shiny structure to the next.

The pilot steered toward the last and tallest building on
the border of our land. The one with the symbol that can be seen anywhere in the Goodgrounds.

Missing Hart by Ella Fox
Groomzilla by Tere Michaels
Death of a Cupcake Queen by Lee Hollis
So Long As You Both Shall Live (87th Precinct) by McBain, Ed
Running Stupid: (Mystery Series) by James Kipling
The Good Sinner's Naughty Nun by Fox, Georgia
I Brake for Biker Witches by Angie Fox
The Tale of Peter Rabbit by Beatrix Potter
The Starter by Scott Sigler
City of Promise by Beverly Swerling