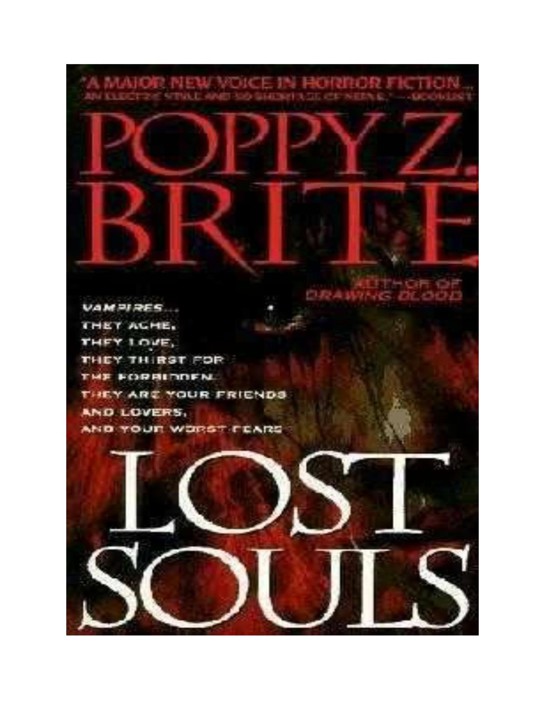 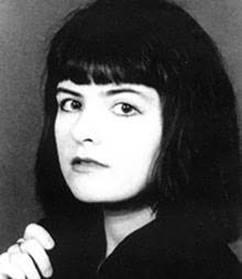 In
the spring, families in the suburbs of New Orleans–Metairie, Jefferson,
Lafayette–hang wreaths on their front doors. Gay straw wreaths of gold and
purple and green, wreaths with bells and froths of ribbons trailing down,
blowing, tangling in the warm wind. The children have king cake parties. Each
slice of cake is iced with a different sweet, sticky topping–candied cherries
and colored sugar are favorites–and the child who finds a pink plastic baby in
his slice will enjoy a year of good luck. The baby represents the infant
Christ, and children seldom choke on it. Jesus loves little children.

The
adults buy spangled cat’s-eye masks for masquerades, and other women’s husbands
pull other men’s wives to them under cover of Spanish moss and anonymity, hot
silk and desperate searching tongues and the wet ground and the ghostly white
scent of magnolias opening in the night, and the colored paper lanterns on the
veranda in the distance.

In
the French Quarter the liquor flows like milk. Strings of bright cheap beads
hang from wrought-iron balconies and adorn sweaty necks. After parades the
beads lie scattered in the streets, the royalty of gutter trash, gaudy among
the cigarette butts and cans and plastic Hurricane glasses. The sky is purple,
the flare of a match behind a cupped hand is gold; the liquor is green, bright
green, made from a thousand herbs, made from altars. Those who know enough to
drink Chartreuse at Mardi Gras are lucky, because the distilled essence of the
town burns in their bellies. Chartreuse glows in the dark, and if you drink
enough of it, your eyes will turn bright green.

Christian’s
bar was way down Rue de Chartres, away from the middle of the Quarter, toward
Canal Street. It was only nine-thirty. No one ever came in until
ten
, not even on Mardi Gras nights. No one except the girl
in the black silk dress, the thin little girl with the short, soft dark hair
that fell in a curtain across her eyes.

Christian
always wanted to brush it away from her face, to feel it trickle through his
fingers like rain.

Tonight,
as usual, she slipped in at nine-thirty and looked around for the friends who
were never there. The wind blew the French Quarter in behind her, the night air
rippling warm down Chartres Street as it slipped away toward the river,
smelling of spice and fried oysters and whiskey and the dust of ancient bones
stolen and violated.

When
the girl saw Christian standing alone behind the bar, narrow, white, and
immaculate with his black hair glittering on his shoulders, she came and hopped
onto a bar stool—she had to boost herself–and said, as she did most nights,
“Can I have a screwdriver?”

“Just
how old are you, love?” Christian asked, as he did most nights.

“Twenty.”
She was lying by at least four years, but her voice was so soft that he had to
listen with his whole cupped ear to hear it, and her arms on the bar were thin
and downed with fine blond hairs; the big smudges of dark makeup like bruises
around her eyes, the ratty bangs, and the little sandaled feet with their
toenails painted orange only made her more childlike. He mixed the drink weak
and put two cherries in it. She fished the cherries out with her fingers and
ate them one by one, sucking them like candy, before she started sipping her
drink.

Christian
knew the girl came to his bar because the drinks were cheap and he would serve
them to her with no annoying questions about ID or why a pretty girl wanted to
drink alone. She always turned with a start every time the street door opened,
and her hand would fly to her throat. “Who are you waiting for?” Christian
asked her the first time she came in.

“The
vampires,” she told him.

She
was always alone, even on the last night of Mardi Gras. The black silk dress
left her throat and arms bare. Before, she had smoked Marlboro Lights.
Christian told her that only virgins were known to smoke those, and she blushed
and came in the next night with a pack of Camels. She said her name was Jessy,
and Christian only smiled at her joke about the vampires; he didn’t know how
much she knew. But she had pretty ways and a sweet shy smile, and she was a
tiny brightness in every ashen empty night.

He
certainly wasn’t going to bite her.

The
vampires got into town sometime before midnight. They parked their black van in
an illegal space, then got hold of a bottle of Chartreuse and reeled down
Bourbon Street swigging it by turns, their arms around one another’s shoulders,
their hair in one another’s faces. All three had outlined their features in
dark blots of makeup, and the larger two had teased their hair into great
tangled clumps. Their pockets were stuffed with candy they ate noisily, washing
it down with sweet green mouthfuls of Chartreuse.

Their
names were Molochai, Twig, and Zillah, and they wished they had fangs but had
to make do with teeth they filed sharp, and they could walk in sunlight as
their great-grandfathers could not. But they preferred to do their roaming at
night, and as they roamed unsteadily down Bourbon Street, they raised their
voices in song. Molochai peeled the wrapper off a
HoHo
,
crammed as much of it into his mouth as he could, and kept singing, spraying
Twig with crumbs of chocolate.

“Give
me some,” Twig demanded. Molochai scooped some of the
HoHo
out of his mouth and offered it to Twig. Twig laughed helplessly, clamped his
lips shut and shook his head, finally relented and licked the creamy brown
paste off Molochai’s fingers.

“Vile
dogs,” said Zillah. Zillah was the most beautiful of the three, with a smooth,
symmetrical, androgynous face, with brilliant eyes as green as the last drop of
Chartreuse in the bottle. Only Zillah’s hands gave away his gender; they were
large and strong and heavily veined beneath the thin white skin. He wore his
nails long and pointed, and he wore his caramel-colored hair tied back with a
purple silk scarf. Wisps of the ponytail had escaped, framing the stunning
face, the achingly green eyes. Zillah stood a head and a half shorter than
Molochai and Twig but his ice-cold poise and the way his larger companions
flanked him told onlookers that Zillah was the absolute leader here.

Molochai
and Twig’s features were like two sketches of the same face done by different
artists, one using sharp straight angles, the other working in curves and
circles. Molochai was baby-faced, with large round eyes and a wide wet mouth he
liked to smear with orange lipstick.

Twig’s
face was angular and clever; his eyes tracked every movement. But the two were
of the same size and shape, and more often than not they walked, or staggered,
in step with each other.

They
grinned and bared their teeth at a tall boy in fall Nazi uniform who had veered
directly into their path. From a distance Molochai and Twig’s flied teeth were
unremarkable except for the film of chocolate that webbed them, but some small
bloodlust in their eyes made the boy turn away, looking for trouble somewhere
else, somewhere vampires would not trouble themselves to go.

They
made their way through the gaudy throngs to the sidewalk, steadying themselves
against posters that screamed MEN WILL TURN INTO WOMEN BEFORE YOUR EYES!!!,
pictures of blondes with tired breasts and five-o’clock shadows. They stumbled past
racks of postcards, racks of
Tshirts
, bars that
opened onto the sidewalk and served drinks to passersby.

Overhead,
fireworks blossomed and turned the sky purple with their smoke, and the air was
thick with smoke and liquor-breath and river-mist. Molochai let his head fall
back on Twig’s shoulder and looked up at the sky, and the fireworks dazzled his
eyes.

They
left the sleazy lights of Bourbon Street behind, swayed left onto dark Conti
and right onto Chartres. Soon enough they found a tiny bar with stained-glass
windows and a friendly light inside. The sign above the door said CHRISTIAN’S.
The vampires staggered in.

They
were the only customers except for a silent little girl sitting at the bar, so
they commandeered a table and slammed down another bottle of Chartreuse,
talking loudly to each other, then looking at Christian and laughing,
shrugging. His forehead was very high and pale, and his nails were as long and
pointed as Zillah’s. “Maybe–” said Molochai, and Twig said,

“Ask
him.” They both looked at Zillah for approval. Zillah glanced over at Christian
and raised a languid eyebrow, then lifted one shoulder in a tiny shrug.

No
one paid any attention to the girl at the bar, although she stared at them
ceaselessly, her eyes bright, her lips moist and slightly parted.

When
Christian brought them their tab, Molochai dug deep in his pocket and produced
a coin. He did not put the coin in Christian’s hand, but held it up to the
light so that Christian might look well at it. It was a silver doubloon, of the
same shape and size as those thrown from Mardi Gras parade floats along with
the treasure trove of other trinkets—the beads, the bright toys, the sweet
sugar candy. But this doubloon was heavier and far, far older than those.
Christian could not make out the year; the silver was scarred, tarnished,
smudged with Molochai’s sticky fingerprints. But the picture was still clear:
the head of a beautiful man with enormous sensuous lips. Lips that would be as
red as blood were they not carved in cold, heavy silver. Lips pricked by long,
sharp fangs. Below the man’s face, in ornate letters, the word BACCHUS curved.

“How—how
do you come?” Christian stammered.

Molochai
smiled his
chocolatey
smile. “In peace,” he said. He
looked at Zillah, who nodded. Molochai did not take his eyes from Zillah’s as
he picked up the empty green-and-gold Chartreuse bottle, broke it against the
edge of the table, and drew a razor-edge of glass across the soft skin of his
right wrist. A shallow crimson gash opened there, nearly obscene in its
brightness. Molochai, still smiling, offered his wrist to Christian. Christian
pressed his lips to the gash, closed his eyes, and sucked like a baby, tasting
the Garden of Eden in the drops of Chartreuse that mingled with Molochai’s blood.

Then
he picked up Molochai’s left arm and bit at the skin of the wrist until the
blood flowed there too.

Jessy
watched with eyes wide and disbelieving. She saw her dignified friend
Christian’s mouth smeared with blood, trembling with passion. She saw Twig’s
teeth at Molochai’s wrist, saw the flesh part and the blood flow into Twig’s
mouth. Most of all she saw the lovely impassive face of Zillah looking on, his
brilliant eyes like green jewels set in moonstone. And her stomach clenched,
and her mouth watered, and a secret message travelled from the softest fold
between her legs to the deepest whorl of her brain—The vampires! The VAMPIRES!

Riding the Snake (1998) by Cannell, Stephen
miss fortune mystery (ff) - bayou bubba by cheever, sam
Bella's Christmas Bake Off by Sue Watson
Into the Triangle by Amylea Lyn
Sticks & Stones (A Hollis Morgan Mystery) by R. Franklin James
A Good Man for Katie by Patrick, Marie
A World Without Secrets by Thomas DePrima
The Lost Landscape by Joyce Carol Oates
Jules Verne by Robur the Conqueror
Encyclopedia Brown and the Case of the Treasure Hunt by Donald J. Sobol