Read Point of No Return Online 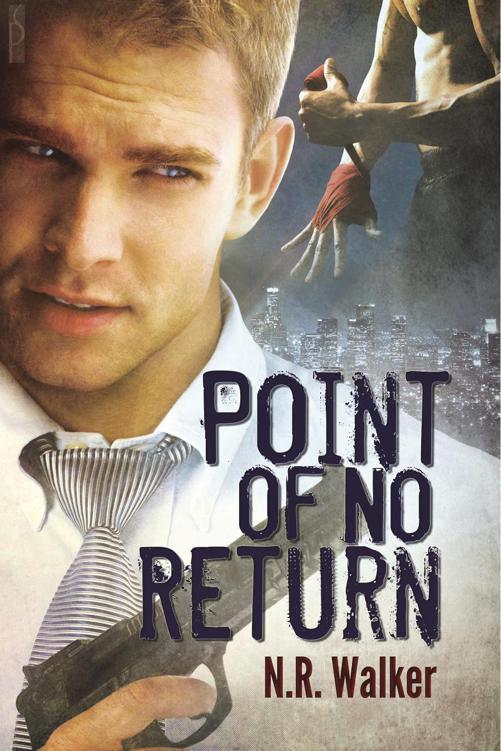 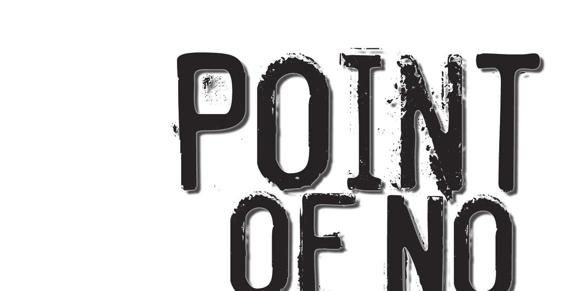 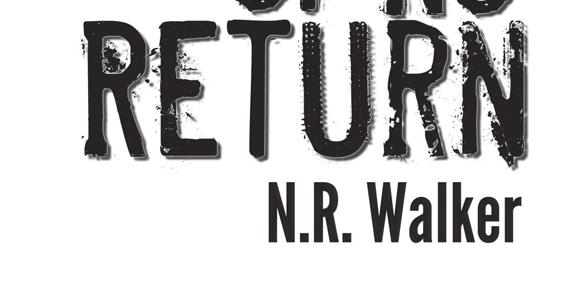 All cover art and logo copyright © 2012 by Silver Publishing

ALL RIGHTS RESERVED:
This literary work may not be reproduced or transmitted in any form or by any means, including electronic or photographic reproduction, in whole or in part, without express written permission. This book cannot be copied in any format, sold, or otherwise transferred from your computer to another through upload to a file sharing peer to peer program, for free or for a fee, or as a prize in any contest. Such action is illegal and in violation of the U.S.

Copyright Law. Distribution of this e-book, in whole or in part, online, offline, in print or in any way or any other method currently known or yet to be invented, is forbidden.

Please remember that the only money authors make from writing comes from the sales of their books. If you like their work, spread the word and tell others about the books, but please refrain from sharing this book in any form.

Authors depend on sales and sales only to support their families.

The four of us hit the gym like we always did after a stressful day and were met by a round of applause from the other cops who were there working out. One of the TV

screens was showing the five o'clock news, and they were watching the four of us standing outside the West Street headquarters.

A reporter introduced the story. "Breaking another link in one of LA's biggest drug chains, ex-Croat Pavao Tomic was taken down in what can only be described as a failed drug heist."

I waved them off, heading straight for the

treadmills. I didn't need to watch it.

"Detective Elliott, it must be a relief after weeks of hard work to finally have this notorious drug supplier in custody."

"Yes, it is," I heard myself answer diplomatically on-screen. "The streets of LA are safer. The people of LA are better off with Tomic behind bars."

his wake, types like Pavao Tomic were best left to rot in jail.

Instead, all suited up out in front of HQ, the television version of me went on to say it wasn't just my doing, like the press insinuates, but a team effort. I didn't outrank the other three men on my team. I didn't do anything they didn't do, but that's not how the media portrayed it.

To them, I was the leader of the media-dubbed "Fab Four"—four detectives in the Narcotics Division who had broken crime rings right across the city. My partner, Detective Mitch Seaton, and Detective partners Kurt Webber and Tony Milic made up the team of four who had seen a record number of criminals put behind bars.

"Yeah," Mitch snorted from the treadmill beside me. "The one-man show here did it all on his own."

I rolled my eyes before looking over at the other guys. "Any time any of you three idiots want to speak up when the cameras start rolling, be my guest."

Kurt laughed. "No freakin' way! I'd rather your ugly mug be all over the news than mine."

"The general public would too," Mitch joked. He reached over and tapped the side of my face. "This pretty-boy makes all us cops look good."

Tony laughed at me, and the three of them started talking crap just like the media did. But they gave up trying to goad me when they realized I wasn't going to bite. I tuned them out and focused on the rhythm of my feet hitting the treadmill instead.

They'd settled in to running it out on the treadmills with me when Kurt told us he couldn't stay long because his girlfriend, Rachel, had dinner plans. "Workout first, then we hit the bar, just for a few. It's been a helluva week."

And so it had.

We'd spent months watching Tomic, waiting for the intel to pay off, nabbing him red-handed in a multi-million-dollar drug bust.

It paid off today. No one injured, no casualties, several million dollars' worth of cocaine, ice, and meth off the streets, and one more link in the crime chain behind bars.

So we did what we always did. The four of us hit the gym, then later we hit the bar. They didn't usually drink much when we went, and I drank even less, but we'd blow off steam in the gym then unwind in the bar, just talking crap and having a laugh. It was a cops' gym and a cops' bar.

I'd been a cop for ten of my twenty-eight years.

Police work was all I knew. The guys I worked with were

There was one part of my life they knew nothing about.

When the other guys commented on me being the

blond-haired, blue-eyed playboy of the police force, the one all the ladies wanted, I was reminded of exactly what it was they didn't know about me.

Because it wasn't the ladies I wanted at all.

That's what they didn't know about me. That's what I kept secret. Hidden. Private.

Would the guys I worked with treat me differently if they knew I was gay? Maybe… probably…

I wasn't ashamed. I wasn't scared. I didn't flaunt being gay because I didn't want it to precede me. I wanted to be known for being a
good
cop, not a
gay
cop.

But above all, I kept my sexuality to myself because it was no one else's goddamn business.

After twenty minutes on the treadmill, I jumped off, ready for my bag workout. Boxing was my thing. The gym had a sparring room—no ring, just mats and pads. It was mostly there as a form of fitness, and a little self-defense.

The other guys on my team didn't bother with it. They'd

watch me spar sometimes, and they'd tease and taunt me, but not one of them had the balls to spar with me.

I headed into the boxing room, and Chris, the owner of the gym, followed me. "Hey, Matt!" he called from the door. "There'll be a new trainer taking your session today."

"Yeah, yeah," Chris nodded. "Just a change in his timetable, that's all." He looked over my shoulder and called some guy over. "Frankie, this here is Matthew Elliott. He's your five-thirty appointment. Matt, this is Frankie."

I looked at him then, my new boxing trainer. And I got stuck.

I did a double take, trying not to give myself away.

But he was fucking beautiful.

He had dark hair, dark skin, dark eyes. He was European, or Asian. Or both.

He smiled. Oh, fuck. His smile.

"Frankie's real name I can't pronounce," Chris went on to say with a laugh. "But he knows I'm an ex-cop and not overly bright, so he forgives me."

This Frankie guy extended his hand and introduced himself formally. "Kira Takeo Franco." I couldn't detect an accent, but his name rolled exotically off his tongue. I

shook his hand, and our eyes met. It was like I couldn't look away. His stare deepened for just a second and his eyes flashed, as though he could tell I found him attractive.

Then he smiled and said, "You're the guy on TV."

"The one and the same," Chris said with a laugh.

"Anyway," he continued to me, with a smile, "I've seen Frankie in action and thought I'd come in and watch how he does with our best student."

Then the door behind me swung open, and Mitch, Kurt, and Tony walked in.

I looked at my team standing in the door, all

smiling, then back to Chris. "And what are they here for?"

Chris answered hesitantly. "Well, Frankie's pretty good. I might have told them it could be… entertaining…"

I looked at the three smiling cops, my so-called partners. "And you guys have come in to watch me get my ass kicked?"

They nodded and laughed, and Mitch defended

me… well, kind of. "I got twenty on ya," he said. He threw his thumb back at Kurt and Tony. "These two aren't so confident."

I rolled my eyes and smiled at them, then started strapping my hands. When I turned around and saw my sparring partner, I almost lost my breath. He was stretching out; his broad shoulders were barely concealed by his

A hard-on in front of my team was the last thing I needed.

I faced the wall, bounced on my toes, and shook it out, wishing like hell my old trainer, the very not-attractive Vinnie, was still my sparring partner.

"Okay, we'll start on the bag," Frankie told me.

He held the punching bag still while I practiced jabs and sequences, and he grinned. His dark eyes were bright and smiling as he held the bag steady. Even though I knew he was staring straight at me, I deliberately didn't look at him, and kept my eyes on the bag instead.

Winter Wonderland #5 by Sue Bentley
Beautifully Damaged by Fiore, L.A.
An Old-Fashioned Education by Fiona Wilde
Into the Beautiful North by Luis Alberto Urrea
Cheaper by the Dozen by Frank B. Gilbreth, Ernestine Gilbreth Carey
Choices by H.M. McQueen
Ace's Wild by Sarah McCarty
Beyond Vica by T. C. Booth
Bought for Christmas by Doris O'Connor
Giving In by J L Hamilton