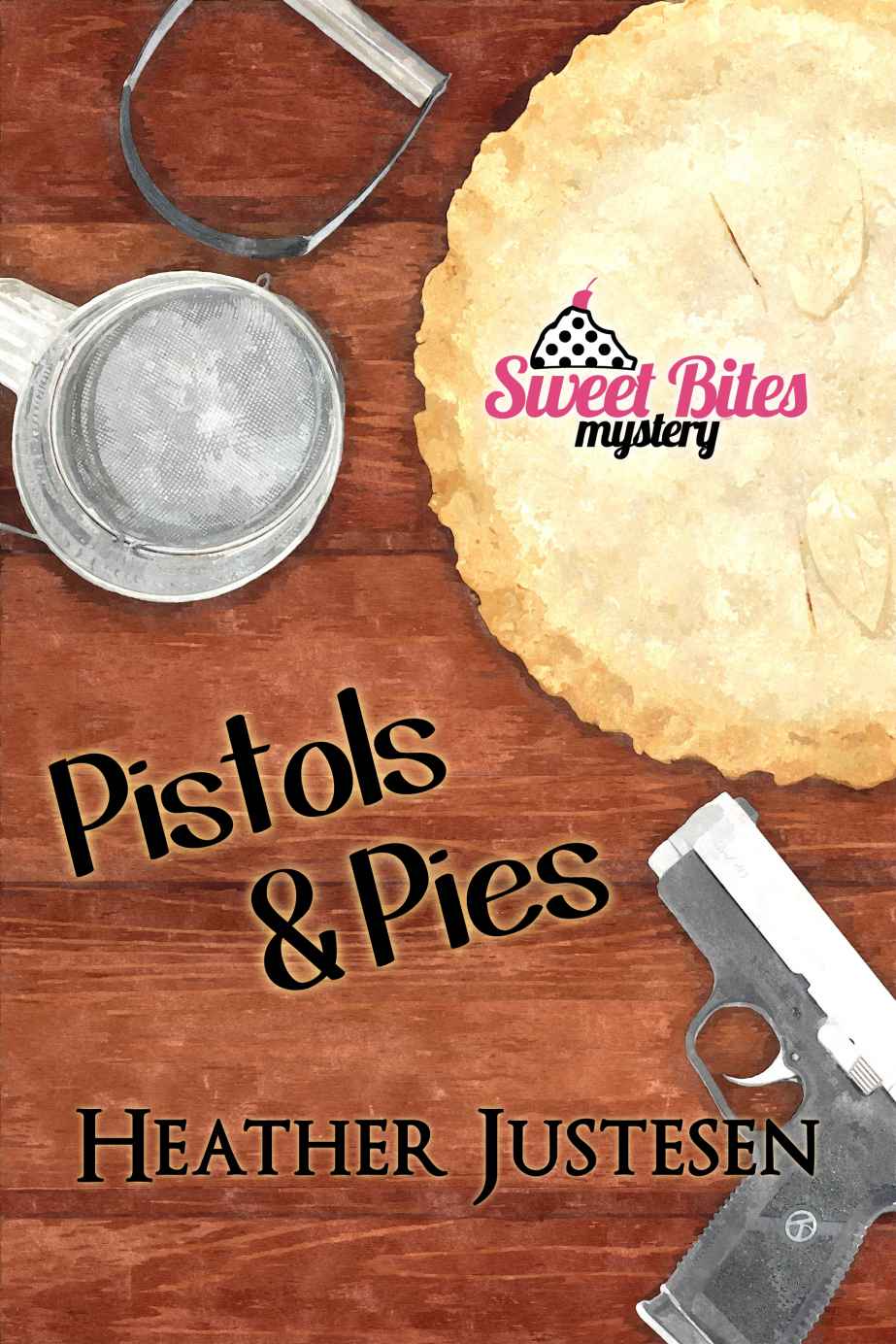 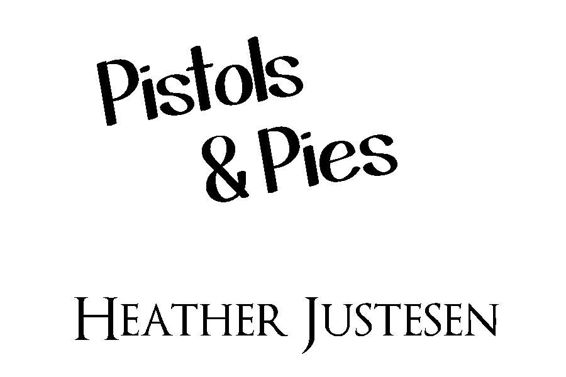 This ebook is licensed for your personal enjoyment only. This ebook may not be re-sold or given away to other people. If you would like to share this book with another person, please purchase an additional copy for each recipient. If you’re reading this book and did not purchase it, or it was not purchased for your use only, then please purchase your own copy. Thank you for respecting the hard work of this author.

Tess thought her sleuthing days were behind her after she nearly died solving her first murder, but when a city councilman is killed at the opening of the new fitness center, and his step son is the detective’s favorite suspect, she gets roped into proving the teenager is innocent. When the killer ups the stakes, Tess is forced to put herself in danger or risk the life of someone she cares about.

I checked my watch and was pleased to see I was on schedule. The cake set up at the Silver Spring, Arizona fitness center’s open house went smoothly—to my great relief—leaving me plenty of time to do the last-minute decorating of the miniature tennis courts. The cake was huge—big enough to feed four hundred and decorated to look like the new facility.

I looked up at the sound of approaching footsteps and smiled at the mayor, Ralph Tanner, and Eric Hogan, the city councilman who had overseen the entire project. “What do you think?” I asked.

They stared at my masterpiece as if they hadn’t believed I could do it. “Wow. Can I say “wow”?” the mayor asked.

“I’m always happy with wow,” I said smiling. Wow fell only slightly behind gorgeous, awesome and fantastic in my book.

“It looks great.” Eric nodded, studying the entire grounds before turning to me. “Do you have those pies?”

“Yes, they’re in the kitchen. I stashed them in the cupboard over the fridge where no one would find them.” He’d prepaid for them when he ordered over the internet (prepay was one of my favorite words now that I was in business for myself).

“And you used
fresh
peaches and blackberries?” he asked, as if doubting my word.

“Of course. I used only fresh ingredients, and no preservatives, so you’re completely safe.” He claimed his wife was allergic to preservatives, but I heard through the grapevine that requests like this predated his marriage by several years. Still, he came in often and usually paid with cash, so who was I to quibble?

“Good, good. We have some things to check out, but this place should start to get busy really soon,” Mayor Tanner said, checking his watch.

Feeling suddenly nervous, I made an effort to relax my stomach muscles. Everything was fine. The cake was perfect and  would taste great. No problem. 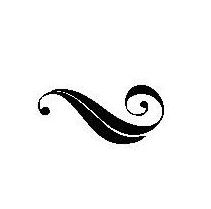 People milled all around, whispering about their weekend plans or discussing my cake while Mayor Tanner gave a long, drawn-out speech on how excited everyone was for the new facility, and how it would serve generations to come. Yeah. He’s one of those. Councilman Hogan came on stage and received the mayor’s thanks for watching over the project.

I glanced toward the contractor, whose work hadn’t even been acknowledged, and saw him glower at Hogan. What was his name again? Greasy? No Grizzle. Marty Grizzle. A big bull of a man, he folded his arms over his plaid flannel shirt (flannel in Arizona, in July, really?) and spread his legs into a defiant stance. His work boots were crusted with mud from one of his job sites and there was a black pack of Camels poking out of his front pocket. I got the feeling if he had free reign to talk about how wonderful Hogan was, the words he spoke wouldn’t be printable.

“And now, we’re going to cut the ribbon, and then Tess Crawford, owner of the The Sweet Bites Bakery, will slice her incredible replica of the facility.” My name pulled my attention back to the mayor, who held a huge pair of scissors. “If you haven’t taken a good look at this cake, you better do so before we start cutting. And I understand it’s supposed to taste great, too!” He grinned as if he were imparting some special wisdom before he opened the scissors and cut the ribbon that cordoned off the rest of the building from the crowd. The outer facilities had been used all summer for city-league sports, but the indoor portions including the pool, track, weight room, gym and racquetball courts would officially open this afternoon.

Within five minutes I had smiled for several people—including the news reporter—who took pictures of me behind the cake, then started slicing from both ends. I’d made it with white cake on the front of the building and chocolate on the back to satisfy various appetites. Taking a better look at the crowd, I was surprised by the number of people in attendance. More advertising as far as I was concerned. Word of mouth was far more effective in creating sales than newspaper articles anyway.

I spent the next half an hour happily destroying my masterpiece while people’s eyes popped as they tasted the treat.
That
was what I lived for—that and the joy of designing and decorating the cake in the first place.

Despite how huge it had started out, there was only a small section of white cake left when the last of the guests dispersed. I packaged up the remainder in a couple of pastry boxes and headed down the hall where I’d seen the mayor and facility manager talking earlier. Someone might as well enjoy the end of it, and I didn’t need it. The local nursing home, women’s shelter and food bank already got regular donations of my leftover products.

The halls were eerily quiet, my footsteps echoing on the gray asphalt tiles. Children’s voices trickled from the pool, while the clank of weight machines sounded down the other hall. The facility was free to the public for the rest of the day and plenty of people were taking advantage of it.

When I didn’t find the mayor on the main floor, I went upstairs where there were rooms available for rent. I checked a couple of meeting rooms, then pushed on the door to the closet-sized kitchen, which could be rented to portion out snacks for events. The door stopped when it was halfway open and I looked down, seeing a big, brown man’s shoe blocking the way. It appeared to be attached to a pair of men’s dress pants.

My heart raced and I caught my breath as I looked around the edge of the door, already knowing I was not going to like what I saw.

Eric Hogan lay on his back, the boxes of pie I’d made lay next to him, one on its side with the pie falling out onto the floor in chunks. His hands splayed at his side and a big red bullet hole marred his forehead, blood still oozing out of it into a pool around his upper body and trickling down under the oven.

Falling Sky by Rajan Khanna
Two Doms for Christmas by Kat Barrett
The Black Stallion Returns by Walter Farley
Extra Nutty Knock-Knock Jokes for Kids by Bob Phillips
Deep in the Heart by Staci Stallings
Masks of a Tiger by Doris O'Connor
After Dark by Nancy A. Collins
Havana Noir by Achy Obejas
Kalpana's Dream by Judith Clarke
Lisette's List by Susan Vreeland