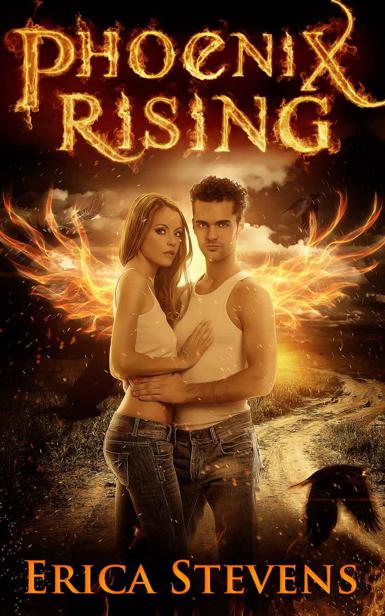 This eBook is licensed for your personal enjoyment only. This eBook may not be re-sold or given away to other people. If you would like to share this book with another person, please purchase an additional copy for each recipient. If you're reading this book and did not purchase it, or it was not purchased for your use only, then please return and purchase your own copy. Thank you for respecting the hard work of this author. Thank you for downloading this eBook. This eBook is the copyrighted property of the author, and may not be reproduced, copied and distributed for commercial or non-commercial purposes. If you enjoyed this book, please encourage your friends to download their own copy.

This book is a work of fiction. The names, characters, places, and incidents are products of the writer's imagination or have been used fictitiously and are not to be construed as real. Any resemblance to persons, living or dead, actual events, locales or organizations is entirely coincidental.

All rights are reserved. No part of this book may be used or reproduced in any manner whatsoever without written permission from the author.

Also from the author

To my husband for all his continued understanding and support,

My mom for always being so strong,

My dad for always finding so much joy in life,

Megan for years of laughter, long walks, daydreams and trouble,

Hayley for never failing to amaze me,

Mike for being a great big brother,

Janet for putting up with everyone,

Leslie for all of her continued hard editing work,

And to all the fans that have supported me and made me smile and laugh when I needed it most!

Other Works By The Author

Where To Find The Author

"We
have to think of something, we
have
too," Annabelle muttered. "Devon cannot know yet, if he finds out he'll kill us all."

Chris was shaking so bad that his muscles throbbed and his teeth chattered. He managed to brace his hands against the floor even though his arms shook so intensely that he almost fell over again. He struggled to raise his head an inch off the ground as he slowly regained control of himself.

"We have to get back out there, we can't leave them alone," Annabelle continued. "We'll figure it out later, somehow."

Gathering his strength, Chris finally managed to pull a deep breath into his tortured lungs, was finally able to get words past his constricted throat and clenched teeth. "He already knows."

A sad look of resignation settled over Julian's face. "No." Annabelle's gaze darted to the covered window. "Oh yes, he does. I would feel it immediately if something happened to Liam," she breathed.

Chris bent over again, his forehead touched the ground. A bellow rent the night with enough force that it rattled the windows and shook the walls. Chris couldn't breathe anymore; he could barely think straight, there was nothing left to him as the force of Devon's rage and grief shattered him. Julian cursed loudly as he stormed across the store. With a quick flick of his wrist he ripped one of the boards from a window.

"He's going to kill them all. Including us," Julian muttered.

"Liam." Annabelle hurried to Julian's side; she was shaking as she pulled the curtain back. "What do we do?"

Chris couldn't see out the window, he couldn't even get his head off the floor to look out at the battle taking place outside the store. "My God!" Annabelle gasped. Whatever she saw caused her voice to shake as she took a small step away from the window.

"There is no God here," Julian remarked coldly, his voice still hoarse with unshed tears. "If there was..." his words trailed off as his eyes briefly settled on Cassie's lifeless body.

"We have to get out there, we have to stop him," Annabelle said urgently.

Chris could hear the tears in her voice but he couldn't feel her emotions through the swirling, nonstop pulse of Devon's grief. Knowing Devon would kill him if he lingered much longer, Chris managed to lift his head back up and slowly began the torturous process of pushing himself off of the floor. Cassie would want them all to survive, including Devon.

Chris staggered forward and almost fell over before he grasped hold of one of the counters. His vision blurred from unshed tears as emotional distress pulsed and pounded over him.

Annabelle was suddenly at his side; her small hand upon his arm as she peered up at him apprehensively. "Are you ok?"

He wished that he could tell her he was fine but he couldn't seem to find the strength to open his mouth. "Go," he finally managed to croak out. "I'll be fine, go. Stop him before he destroys us all. Stop him please, for Cassie's sake."

Annabelle's face swam briefly, his head felt as if it were about to explode. "We're going to need you," Julian said briskly. His eyes were as cold as ice as he stalked across the store and grabbed hold of Chris's arm. Chris tried to shake him off but Julian wouldn't release him. "We're going to need as many people as possible to try and get through to him, to stop him from killing us all."

"There is no
him
anymore," Chris breathed. "That's what you have to understand. There
is
no Devon anymore."

"I promised her," Julian growled. "I couldn't save her life but I'm damn well going to make sure I save
his
."

"I'm sorry. Cassie was my best friend, I loved her deeply, and Devon is...
was
my friend. But they're gone, they're
both
gone," Chris stammered.

"No," Chris whispered. "There is no getting him back. There is
nothing
to get back Julian. There is no man in there anymore." He grabbed hold of Julian's arm as he swayed on his feet. He forced himself to focus on the vampire, to make Julian acknowledge that what Chris was saying was true. "There is nothing but a
monster
left."

Julian's gaze moved deliberately to Chris's hand on his arm. Chris became acutely aware of the fact that this was the first time he had ever touched Julian. Julian could now see any aspect of his life, but Chris didn't care. Julian finally seemed to register what Chris was experiencing, what Chris
felt
and
understood
. There was only pure evil and hatred within Devon now.

"Oh." Julian's eyes were wide with horror and pain as they met Chris's.

Julian stood still as he gazed at Chris. "Maybe not forever though."

"I'm not giving up," he insisted. "Not yet anyway. I
promised
her. Now, we are going to need your help, can I count on you?"

Chris swallowed heavily. He tried to seize hold of Julian's determination but he couldn't escape the crushing sense of doom that was suffocating him. "Yes," he whispered.

Julian turned away, but before he did Chris caught the brief glimpse of defeat in Julian's eyes. Annabelle's eyes were as round as baseballs as she gaped at him. "Chris..."

"I have to get to Liam," Annabelle insisted. Chris nodded his agreement. They had already lost Cassie and Devon today; they couldn't afford to lose Annabelle and Liam too.

"No? What do you mean no?" Annabelle demanded.

Julian wasn't looking at either one of them though; his gaze was focused on Cassie's prone figure. "No, not yet."

"Julian. Julian!" Annabelle hissed as he turned away from the window and approached Cassie's body. Chris didn't understand what he was doing until he bit into his wrist. "What are you doing?" Annabelle demanded as Julian knelt beside her.

"She's closer to a vampire than any Hunter before her, she has my blood in her still; she has
Devon's
blood in her. Do you truly believe all hope is lost? There may already be changes going on within her, there may still be a chance we can bring her back if she has enough blood."

"I know what will happen if I
don't
do this!" he snarled as he nodded toward the window. "The only thing that will stop him is
her
. If I don't do this then we will lose them both. Do you have a better idea Annabelle?"

Even if she did have a better idea, she wasn't going to get the chance to say it as Julian tilted Cassie's head back and pressed his bleeding wrist into her mouth. "Julian," Annabelle breathed. "She could kill us all."

"We're dead no matter what, from either Devon or The Elders. She may very well be our only hope and that's a chance I am willing to take. Get over here Chris!" Julian commanded.

Annabelle looked back at Chris with watery eyes and a trembling lower lip. He focused on Cassie again, his heart shredded into a million pieces at the sight of her unseeing eyes. She was his best friend, the person that had been closer than a sister ever could have been to him. They'd been together their entire lives; they'd fought and survived together, until now.

Now she was gone and Julian was trying to bring back something that may never be what Cassie had always been to him. His heart clenched, his insides felt as if they were being flayed open. Julian needed his help, he just wasn't sure he was willing to give it. Another ferocious bellow ripped through the night and shook the windows. Chris felt hollow as he turned toward the windows, he couldn't see Devon out there, but he didn't have to see him to know that it was bad. It was taking everything he had to keep himself separated from the fury radiating from the creature outside.