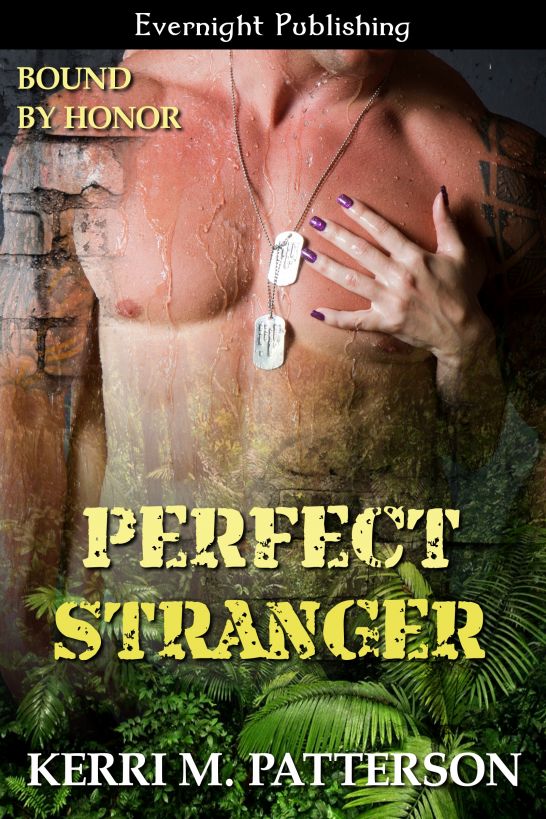 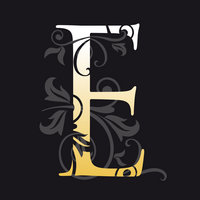 Published by Evernight Publishing at Smashwords

WARNING: The unauthorized reproduction or
distribution of this copyrighted work is illegal. No part of this
book may be used or reproduced electronically or in print without
written permission, except in the case of brief quotations embodied
in reviews.

This is a work of fiction. All names, characters, and
places are fictitious. Any resemblance to actual events, locales,
organizations, or persons, living or dead, is entirely
coincidental.

First, I would like to
thank all our Armed Forces. Whether Army, Marines, Navy, or Air
Force; these men and women make huge sacrifices and deserve respect
and thanks they rarely get. A special thanks to those serving who
risk their lives doing what others cannot. Rangers, Green Berets,
Seals, Delta Force—these men do extraordinary things we will likely
never know about.

Secondly, I would like to thank a friend I've been
lucky enough to have since kindergarten. Melissa you've always been
there when I needed you no matter the distance or time since we've
last spoke. You were on my mind a lot as I wrote Chloe.

"Hey, watch out!" Chloe Burgesse shouted at
the paint-chipped and dented used-to-be gold sedan as the car
slipped in front of her from out of nowhere, tires screeching and
squealing. Chloe's back came off the seat as she braked, too. The
driver ahead succeeded in gaining only a few feet before a tight
throng began to spill into the streets between the cars, halting
traffic.

She let out a long
sigh.
Geez
,
some people should learn to
drive
. However, in this country she could
consider herself lucky not to have been run over by now. Chloe
snorted, watching the passers-by, and gripped the wheel a little
tighter. A flicker of annoyance raced through her as she noticed
the odd absence on her ring finger where a four-carat ring
used
to encircle, no
diamond there now to turn between her fingers as her grip
increased.

She honked again, this
time with a pinch more aggravation. Pedestrians were the
only
things here that
seemed to slow traffic at all. She glanced down on the map across
her knees once more as the shoppers milled between the cars,
tracing the road with her finger.

Chloe thumped the map,
seeing the road she needed to be on several blocks over, and
smacked the map down into the passenger seat—the apparently
outdated
map she had
picked up at her travel brochure acclaimed, five-star, yet
nonetheless dirty, hotel. Chloe pushed her sunglasses back up the
bridge of her nose and sighed, teeth tightly clamped
together.

This day marked the
seventh—and last, thank God—day of what should have been her
honeymoon in what she
thought
would be paradise. Wrong. Not that any of the
should-have-beens mattered. The
not
-honeymoon vacation matched the
complete aura of her life right now.

She had never wanted to leave a place more.
Even the reminder of what awaited her at home didn’t deter her want
for normalcy.

Betrayed and left at the altar, she'd found
out a little too late her groom wouldn’t make their
ceremony—because he'd already married another woman a week before.
And what hurt the most, this hadn't been an
I-lost-control-and-accidentially-married-a-stripper-in-Vegas-during-my-bachelor-party
kind of thing. The happy new couple had known one another for
several months, and all the while he had pretended to be loyal to
Chloe.

She had seen the warning signs, but had
chosen to ignore the red flags without a single question.

Still, she didn't understand his tactless
retraction from their relationship.

After the botched ceremony had been cleaned
up and her unused gown stuffed somewhere out of sight—she suspected
for her mother's fear she might shred it, too—her youngest sister
had suggested she take the “honeymoon” alone.

Chloe could still hear her
sister, kneeling down beside where she had sat huddled in a chair,
grieving and bemoaning her life.
Hey,
her sister had said.
The trip is paid for, so why not? Take some time
to recuperate, let off steam, and perhaps have a fling with a hot
Brazilian. What happens in Brazil, stays in Brazil,
the quirky nineteen-year-old pest had
suggested.

None of which had happened.

Chloe had picked up the already packed
suitcase without another thought and let her sister whiz her to the
airport where she clambered onto the plane at the last second and
took full advantage of the in-flight drink menu.

At the time, she had only
wanted a distraction to make her forget, to be somewhere far, far
away from her sucky life. Somewhere she couldn’t bump into
him
.

So much for getting away. Her mind hadn’t
allowed her.

The entire seven days in Rio had been spent
in reflection and beating herself up over the entire relationship.
On top of that, she had gotten food poisoning. Gotten sunburned.
Slipped on a freshly mopped (or slopped) floor and ended up with a
sore tailbone and ruined white capris. Now she'd managed to get
lost on the edge of the city as she headed for the airport in her
rental.

Chloe lay on the horn as the jackass in the
sedan swerved and then braked hard in front of her. She came very
close to driving her car right up his ass.

"For the love of Pete!"
Chloe euphemistically cursed, pounding the steering wheel, sending
three clearly perturbed short
honks
to the other driver. "Only a few more miles," she
yelled, then huffed. "
Maybe
. And if I don't wreck the car
that would be awesome. Thanks!"

The vehicle shot to the far right, off the
road, sending up a cloud of dust as the driver veered around a jeep
ahead. The jeep wisely turned into a drive, but this left Chloe
following the raging driver again.

She clenched her teeth and groaned as she
came back into a residential neighborhood. The street narrowed
snugly between buildings, and her speed slowed drastically for the
sake of more pedestrians. Steadily, she watched the driver ahead.
His impatience was evident in the way he swerved left to right in a
constant zigzag.

"It's not like your going to pass anyone
here," she mumbled, momentarily throwing her hands in the air over
the steering wheel, then smacking her palms back on and gripping
hard. She sighed deeply and fell back against her seat to rub at
her forehead.

A headache was beginning to strengthen,
tightening like a band around her skull.

Chloe counted the rows of clothing
fluttering on lines above, connecting from building to building in
the impoverished neighborhood. At last, the line of cars exited the
one street onto a busier thoroughfare. She made a point to get
around the angry driver, casting a sharp glare out her window as
she accelerated past.

Chloe blew out a breath, relaxing, but
suddenly her shriek-growl filled the compact car as the driver yet
again swerved back into her lane, tightly. All lanes seemed to
freeze simultaneously, and much honking chorused objectionably to
the halt. Her car, unluckily, ended the procession, the jam far
enough ahead she couldn’t see what had happened.

Great. Chloe slammed back in her seat, this
time with much more gusto, and checked her watch. She still had two
hours, fortunately, but after a miserable week, she itched to be on
the plane headed home to Charlotte, back home to her mom and her
two unruly sisters.

An odd movement in the car ahead caught her
eye then.

Chloe blinked, squinting as she saw the
movement again. "What in the…" Chloe scrunched her nose as she
peered closely over her steering wheel, gripping the worn leather
tightly. Had the back-end of the car … bounced?

The trunk did it again!

She gasped as a boot-print imbedded the
trunk lid of the gold sedan, from the inside out. Chloe sat
rigidly. Her eyes widened even more as another dent obtruded up
from the top of the trunk.

Her spine stiffened, and she jolted back
into the seat, riveted to the tail end of the car. Her hand
fluttered to her open mouth. She lost her breath at the sharp
realization.

"Oh-my-God," she breathed
in a rush. The irate driver had a
person
in his trunk!

The cars began to move again, though slowly.
Chloe inched along in fascination, picking up pace but making sure
to stay three car-lengths behind the erratic driver. She really
couldn’t afford to pay for her rental on top of the weighing debt
from a wedding that didn’t happen, although the insurance on file
for her rental was under her ex's name. If anything happened, she
would undoubtedly be stuck with that expense, too, since she had
fudged the paperwork at the rental agency.

Technically, she
was
still on his
insurance, but didn’t want to have to deal with him to clear
anything else up.

They had said all that needed saying on
their should-have-been wedding day.

Chloe continued to watch the trunk for any
signs of movement.

Swallowing hard, she admitted she really
wasn’t sure what to do. Did she dare get involved in a criminal
case in a foreign country when she was due to leave within a couple
hours? Or let someone else on the busy thoroughfare call in on the
deviant driving the gold sedan. She looked around. There were
plenty of other passersby. They would surely notice, too.

Chloe scoffed to herself
as she realized she didn’t even know any emergency numbers in
Brazil, then cringed. Naive, wasn’t that what
he
had called her the last time they
spoke, in the gigantic argument over the phone, which had
reverberated throughout the entire church?

The trunk bounced ahead of her, nearly
bumping the road.

She pursed her lips and fixated her stare
and mind on the footprint. Judging by the size, that surely wasn’t
a child in the trunk. Her worry edged a bit, though her brow
remained furrowed. The trunk bounced several more times, more
heavily than before, nearly contacting with pavement.

Chloe chewed her lip, worrying and pondering
over what she should do.

She had sworn off being
kind and generous, accused of being too nice by her ex. He had
accused her of a healthy number of faults, which had all stabbed
too deeply. She'd never thought a person could be too
good
. Apparently that
was the taboo thing to be and not what a man wanted anymore—not
what
he
had
wanted.

She sucked in a little sob at the same time
as her eyes flared wide. Chloe slammed her brakes as the car's
trunk flew upwards. She screamed when a man's face, bloodied and
haggard, came into view. Their stares clashed for a brief second as
he struggled free of bindings around his shoulders and sat up,
catching the trunk lid from flopping closed again.