Read One Four All Online 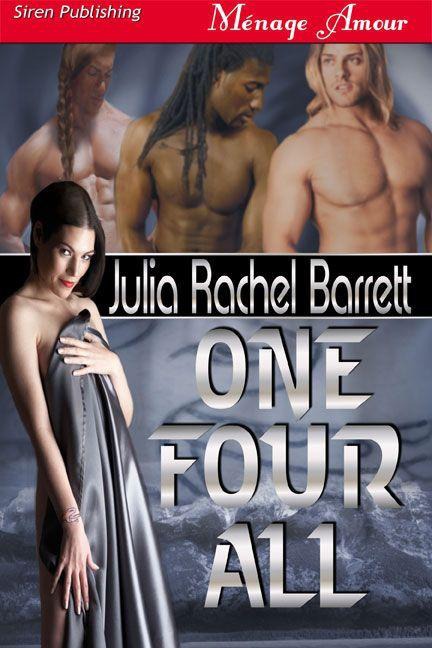 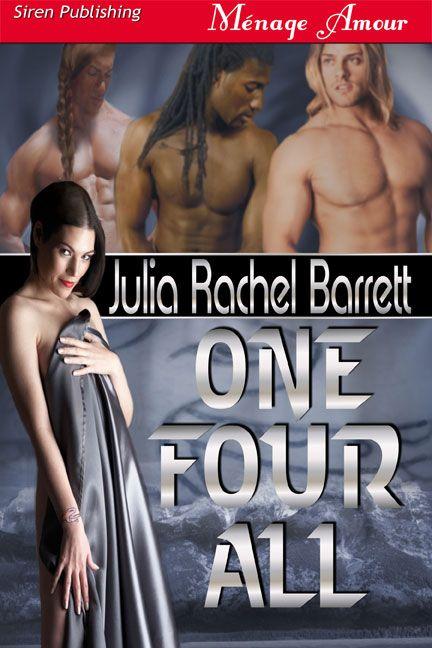 Lira Pakan, heir to the Throne of Zhinshu, has vanished. Her zealots gather along the border with the neighboring state of Khubuk, awaiting the outcome of her father's pleas to the World Court.

Captain Tanner Kepp serves in the elite Special Forces of Khubuk. When the captain is ordered to choose two men to accompany him to Land's End, an isolated compound on the maritime border between Khubuk and Zinshu, the last thing he expects to find is the missing princess.

Captain Kepp, Arms Master Cer Watso and Sergeant Redda Till realize they must rescue her and avert all out war.

ABOUT THE E-BOOK YOU HAVE PURCHASED:
Your non-refundable purchase of this e-book allows you to only ONE LEGAL copy for your own personal reading on your own personal computer or device.
You do not have resell or distribution rights without the prior written permission of both the publisher and the copyright owner of this book.
This book cannot be copied in any format, sold, or otherwise transferred from your computer to another through upload to a file sharing peer to peer program, for free or for a fee, or as a prize in any contest. Such action is illegal and in violation of the U.S. Copyright Law. Distribution of this e-book, in whole or in part, online, offline, in print or in any way or any other method currently known or yet to be invented, is forbidden. If you do not want this book anymore, you must delete it from your computer.

WARNING: The unauthorized reproduction or distribution of this copyrighted work is illegal. Criminal copyright infringement, including infringement without monetary gain, is investigated by the FBI and is punishable by up to 5 years in federal prison and a fine of $250,000."

All cover art and logo copyright © 2010 by Siren Publishing, Inc.

Thank you so much for purchasing my book. As authors, we put our heart and souls into our work. E-book piracy hurts every single one of us. We appreciate your support. Buy e-books! Avoid pirates!

This book is dedicated to my author friend, Mia Watts, who encouraged me to step outside of my comfort zone and write a ménage.

“Captain Kepp, come into my office for a moment.”

The tall man lifted his head from the duty roster.

Ducking to clear the low doorway, Kepp’s eyes fell on a short, balding man partially hidden by a stack of files. He wondered how the man had managed to slip past him. He’d been standing at the table in front of the door since dawn. Kepp raised his eyebrows and looked at his commander.

“Kepp, this is the Secretary of Banking and Commerce, Tuth Regnan.”

Kepp extended a hand, but the man ignored him and remained seated.
Rude fucker
.

“Who hasn’t?” Kepp replied, and added, “sir.” He watched and waited for his commanding officer to explain himself.

“Captain, you and I are the only two men on this base who know that the Secretary of Banking and Commerce is here. I’d like it to stay that way for the time being.”

“General Battarq has advised the Secretary to come to us for some assistance with a private matter. The general thought it expedient to send him here so he could discuss the situation in person. The secretary has explained his problem to me, and he has mentioned that General Battarq personally recommended you for this assignment.”

A plumb covert assignment behind enemy lines?
Kepp took a second look at the man. The Secretary of Commerce and Banking seemed an unlikely messenger from General Battarq and the junta. If anyone was to show up with a private message, Kepp expected it would be one of the general’s personal advisors.

“Secretary Regnan? Would you like to explain your request to Captain Kepp?”

“Yessssss,” Kepp heard the small man answer his commander, “if you consider him trustworthy. This is a sensitive matter.”

Kepp bristled at the implication. If a viper could speak, he thought, the tone of its voice would sound about as slimy as this man’s did.

“I trust Captain Kepp with my life and the life of every single man in this platoon.”

“But is he discreet?”

Kepp caught the look of unveiled contempt that flitted over his commander’s face. The secretary seemed to miss it altogether. Commander Grange answered with one word, “Very.”

The man sighed. “I suppose I have no choice. What did you say his name is?”

Kepp was sick of being talked about as if he wasn’t even in the room. “Kepp,” he answered for himself. “Tanner Kepp.”

The secretary’s eyes flitted over him. In that brief moment, Kepp glimpsed a mixture of loathing and fear.
What a horse’s ass
.

The man was speaking in riddles. “Mr. Secretary, I can’t exactly claim to be the best man available for an assignment when I don’t know what the assignment is.”

“I need you to watch my wife,” the man blurted out.

Kepp laughed out loud. He couldn’t help it. He heard the secretary clear his throat and he saw Commander Grange trying to hide his grin.

“I’m sorry, Mr. Secretary, but that sounds like a house problem. I’m a soldier, not a nursemaid. There are many private security firms available for hire.”

“No. No. No. No private security firms. Private security firms can be bribed. I need a patriot, a good, solid, reliable patriot. And the general says that you fit the bill. You see, my wife is in grave danger. Grave danger.” The man fiddled with his tie, brushing aside an imaginary speck of dust. “As you know, I am a man of great influence, power, and wealth. I have made enemies over the years, both internal and external.” Secretary Regnan raised his eyes and then lowered them just as quickly. “My enemies have been unable to get to me and lately they’ve turned to my retinue. Specifically, they’ve targeted my wife. I want her watched.” The man hesitated. “Perhaps ‘protected’ is a better choice of words. Yes, I need my wife protected.”

Speechless, Kepp glanced from Regnan to his commander. “You want me to act as a bodyguard?”

“It would be a temporary assignment, Captain. Three to six months while the Secretary is out of the country, no more,” replied Commander Grange. “The general has ordered you to choose two other men. We would transport you to the secretary’s compound as soon as possible.”

“My wife is a very important woman,” huffed Secretary Regnan.

Kepp turned to the commander. “Sir, I don’t see how I can leave the men right now. The Zealots are massed on the borders. There have been incursions. Sir, Mr. Secretary, I appreciate the consideration, but I really don’t think I’m the man for this job.”

Commander Grange rocked back on his heels. He looked amused. “Well, Captain, unfortunately General Battarq thinks you are, so you’ll choose two men today, pack your gear, and we’ll ship you out by fourteen hundred. I’ve got a heli-jet waiting. The secretary leaves in one hour for the Pacific Rim, and he doesn’t want his wife left with nothing more than his personal guards for any longer than necessary.”

For fuck’s sake, is the woman made of solid gold?

“Sorry, Captain Kepp, there will be no further discussion. Dismissed.”

Fuming, Kepp saluted, and with one last glance at Secretary Regnan, turned on his heel and ducked beneath the door frame.

Bloody son of a bitch. Just when it seemed they would see some action, off he goes to babysit a spoiled rich biddy who was probably terrified to see her own shadow in broad daylight.
Well, if he had to suffer, so would Red and Wat. If he was going to be forced to tote around shopping bags and eat petit fours and drink herbal tea, then he wanted his two friends with him to commiserate. Damn his bad luck.