Read Once Upon A Wish : Book One Online

Once Upon A Wish : Book One 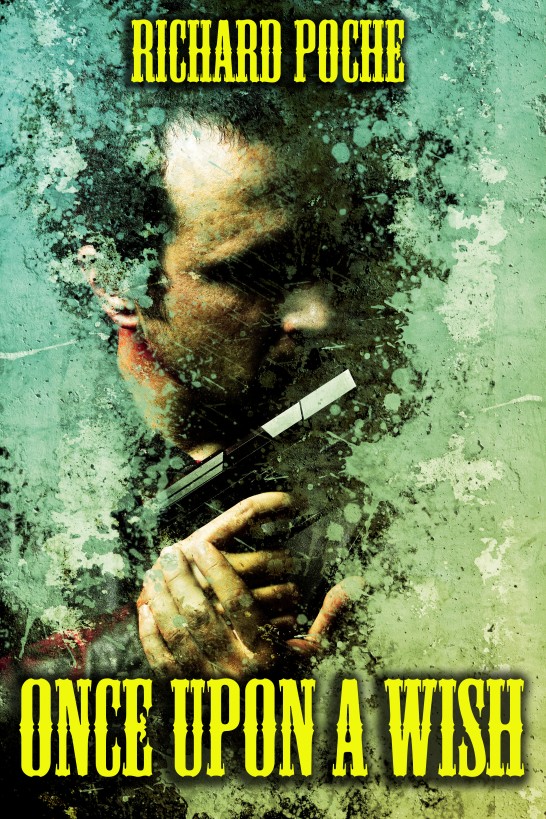 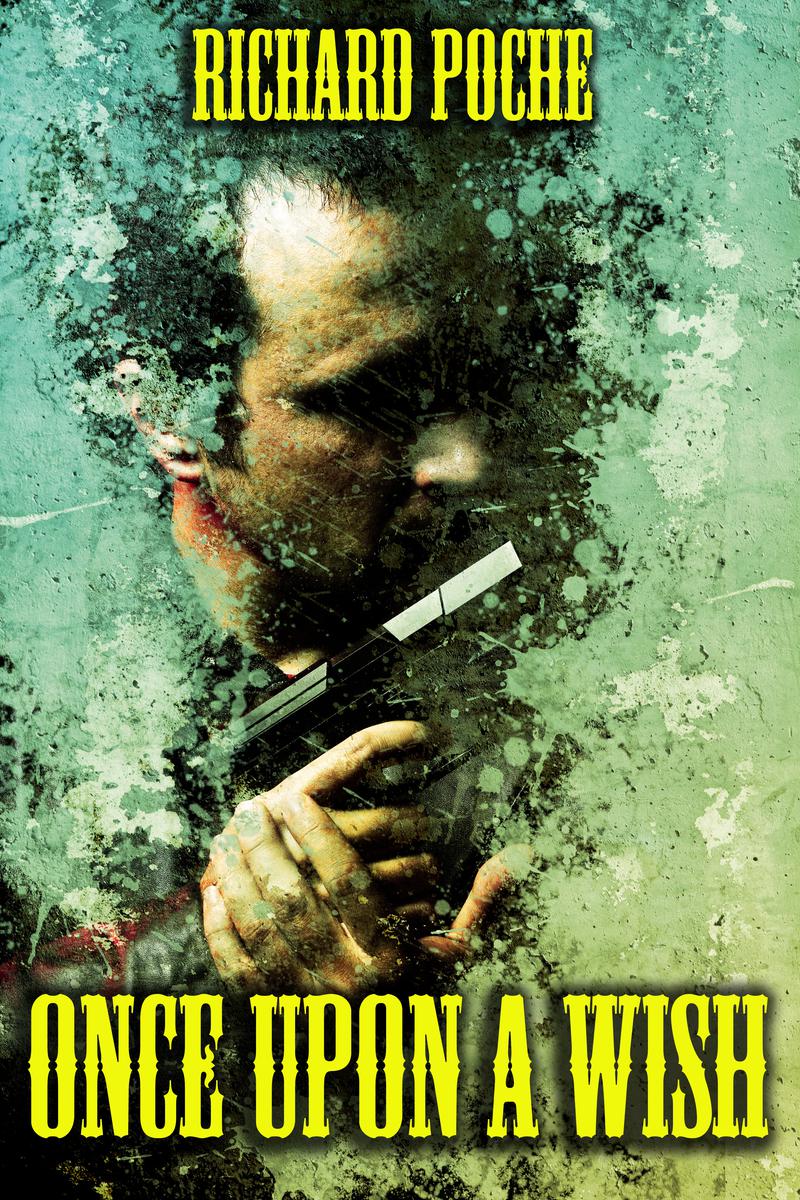 ONCE UPON A WISH

The man did not have time to look
surprised. His eyes registered the long silencer attached to the
gun in Hernan's hand. Before he could react, the force of the
gunshot snapped his head back. He landed with his knees splayed
underneath him. Blood pooled on the ground. Hernan wondered how it
could be so easy. Nickles did not even look at him. Running by as
if Hernan did not exist, straight through his hill of leaves.
“Mexicans are invisible around here,” he
remembered Nestor telling him. “Use that to your advantage.”
He did.
He and Nestor scouted the area the day
before. They saw the man named Nickles jogging through around this
time. He matched the photograph they were given. Nestor liked to
see the target ahead of time. Hernan could care less, but they had
rules—conditions that needed to be met to keep them from getting
caught. Hernan understood rules and now the job was done.
A female jogger turned the bend and headed
straight for him. Hernan looked up and saw that he had a witness.
Pushing buttons on her iPod, she did not see the carnage in front
of her until she came upon the dead body. She froze in place.
Hernan had the gun pointed at her the moment she came on scene. The
bullet ended her doe-eyed look of fear.

Tall and reedy, Nickles ran
at a gazelle-like pace that belied his age. Hernan ran
the moment through his head a few times, but
Nickles’ jogging speed did not match what he visualized. Things
always slowed down in Hernan’s head when it came time to pull the
trigger.

***
Nestor looked in the rear-view mirror,
fingering the raised scar that ran down the left side of his face.
He had no time for self-pity, unless he caught his reflection in a
mirror or window. He had a large, hook-shaped nose, broken in a
street fight, but the bushy eyebrows that met in the center of his
forehead made him the butt of jokes growing up. Even his own mother
called him “El Feo,” Spanish for the “ugly one.”
The name stuck.
Hernan looked like a little kid in the
oversized green jumpsuit.
A rabbit scurried by and hid in a bush,
frightened by the sound of his blower.
“Come on, Hernan! The job is done. Get back
here.”
He surveyed the houses on the trail. The
homes were the closest things to the houses featured on his
favorite show, “Housewives of Beverly Hills.” He loved television
and reality shows in particular. He could not wait to get home and
plop in front of the boob tube. Still learning the language, he
learned a lot just by watching TV. Nestor warned him that too much
of it would make his brain rot. Still, he noticed that Nestor
watched more shows than he did and somehow managed to remain
smart.
Hernan shut off the leaf blower and began
jogging toward the truck. He jumped into the vehicle and they sped
off. Nester looked back at the trail and saw ducks sitting across
the bay waters.
Hernan stared out of the window as they
crossed the Park Street Bridge and entered East Oakland. He noted
that the tranquility he had experienced was broken. A cacophony of
noise greeted him as they entered the residential area. Car
stereos, blaring horns and sirens blasted his senses.
“You all right?” Nestor asked.
“I want to feed the ducks,” Hernan said
after a few moments.
***

They shared an apartment on
35
th
Avenue in Oakland's “Jingle-town” district. Hernan did not
mind. They lived above a woman who sold Colombian food out of her
dwelling. When they had extra cash, they would treat themselves to
her authentic dishes.

Hernan sat transfixed in
front of the window. A plate of rice and beans coagulated on a
paper plate in front of him. Nestor shoveled the last of the
pupusas
into his mouth,
watching boxing videos on Youtube. He noticed that Nestor had not
touched his food.

“If you want it, take it.”
Hernan stood up and slid the paper tray in
front of Nestor.
“I'll save it,” Nestor said, closing the
tray.

Hernan turned on the
television and flipped the channel to a show called,
“Chopped.”
The head chef
berated a female aspirant. The man humiliated the girl for turning
in a sub-par dish.

“
Mira
,” he continued. “You see how
he's criticizing the girl? That's the attraction of the show. Why
it is so popular. Watch, he will go one by one and criticize all of
them. The producers know the audience won't sympathize with the
contestants. They'll side with the guy doing the abusing. Everyone
who watches this show is abused at work. So when they get home,
they get a vicarious thrill by living through the guy doing the
abuse.”

The camera turned on another contestant.
The head chef ripped into the young man, insulting his food and his
personality.
“See!” Nestor said. “It is part of the
show. He gets a power rush from picking on people who think shit of
themselves. And by watching it, so do we.”
Hernan just looked on in silence. The
female contestant came back on the screen. Vulnerable and doe-eyed
like the woman he killed earlier.
“There was a girl there,” he said.
“I saw.”
“I killed her.”
“You had no choice.”
Hernan shrugged his shoulders.

Hernan got up and walked to the bathroom.
He began washing his hands and looked at himself in the mirror.
Nestor's eyes followed Hernan to the bathroom and then turned his
attention back to the television. The competing chefs were in a
face off, completing their dishes.
“Come see this!” Nestor said.
Glass smashed and crashed in the bathroom.
Nestor rushed over.
Hernan sat on the toilet, staring at a
bloodied right hand. Glass from the cabinet mirror lay shattered on
the ground.
“Dude,” Nestor said. “What the fuck are you
doing?”
“She looked like my sister,” Hernan
whispered.
“What?”
“The girl. She looked like my sister. She
had the same eyes. It was like I was murdering her all over again.
It was like that word you used…Vicarious. It was a vicarious
moment.”
Nestor looked down at Hernan's bleeding
hand.
“I have some band aids, amigo.” Nestor
rummaged through the medicine cabinet and took out the strips. “You
can't go running around hitting mirrors every time something
bothers you. Understand?”
“She was nice.”
“Nice! You didn't even know her! How the
hell do you know she was nice?”
Hernan did not bother to explain. He could
not tell Nestor that there were certain things he could see in a
person's face.
“Don't let your emotions get the best of
you,” Nestor smashed his fist into his palm. “That is one of the
rules and you just broke it. Do you understand?”
Hernan slumped further down the toilet as
if he were a scolded puppy.
“You break one of the rules in the field
and we'll both fuckin' die. The rules are what keep you safe. The
rules are what keep me safe. How many times I have to explain this
to you?”

CHAPTER 1
Smuggling people across the border sucked.
Nestor hated it. He shielded his eyes from the hot Mexican sun and
wiped the sweat from his forehead. The weed fields ahead seemed to
go on forever and after four hours everything looked the same, one
big patch of dirt and dry grass.
Smuggling had to be the most dangerous
occupation in the world. High-paying, yes. Dangerous, hell yes. But
respectable? Hell no.
There were four women and four men with him
in the middle of what can only be described as nowhere, in the
early stages of night. They still had three miles left to the
border, but if you started too close, you were playing Russian
roulette with three chambers loaded. The ages of our haul varied
from the late teens to the mid-fifties.
The youngest, a nineteen-year-old girl
named Flora, looked like a girl that Nestor had a crush on in his
aborted youth. She had short skinny legs and wore a low cut violet
colored blouse. Her green eyes sent his mind wandering. Fantasies
of being the kind of man that she went for if only he had enough
money.
“What happened?” she pointed at the scar
that lined his face.
“Phosphor burn.”
Her face scrunched up and she made an
“ewww” sound. Feeling self-conscious and judged, he made a decision
to give her the cold shoulder.
Leaving her in the rear of the group, he
walked away. He fingered the ridge on his scar. He wished there
were magicians who could really make things disappear.
Nestor picked up the pace but the journey
began to take its toll on his group. They had reached the forest
and Nestor knew it wouldn't be long but the terrain became rougher.
No longer on a beaten path, the terrain proved to be filled with
rocks and they had to cut across a few steep inclines filled with
nothing but dried up trees and weeds.
A man named Marcos hurried his pace and
began walking alongside Nestor.
Nestor waited for him to speak for a few
minutes but the man said nothing.
Marcos was probably the only man in Mexico
that would be judged uglier than Nestor. He had dirt in his
wrinkles, a giveaway of his day laborer origins and multiple black
heads around his eyes and cheeks.
“How much further?” he asked.
“Almost.” Nestor walked away.
Marcos grabbed him hard and spun him
around.
“Almost is not the answer I want to hear,”
he said. “We are thirsty. We are tired. And it is hot.”
Nestor didn't like Marcos the moment he
laid eyes on him. He saw fifty years of disappointment in the man's
face, bloodshot eyes that hadn't so much seen it all but expected
the worst.
“We already discussed this,” Nestor said.
“This is not a vacation. You knew that when you contacted me. I
forewarned you of a long and dangerous journey. You said you didn't
care. Now you want to give me shit for things turning out exactly
the way I spelled out for you. Idiot! Either you are following me
or you're not. No fucking refunds.”
Nestor pushed Marcos aside and trudged
forward. The rest of the group stood waiting for him. A middle-age
woman named Veronica looked at him with sorrowful eyes.
“Almost there,” he said.