Read My Life So Far Online

My Life So Far 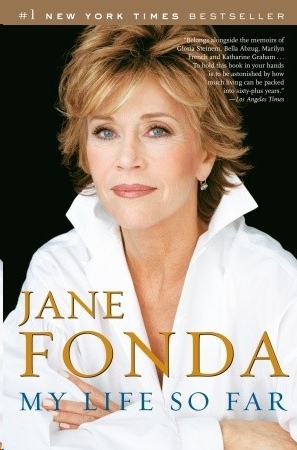 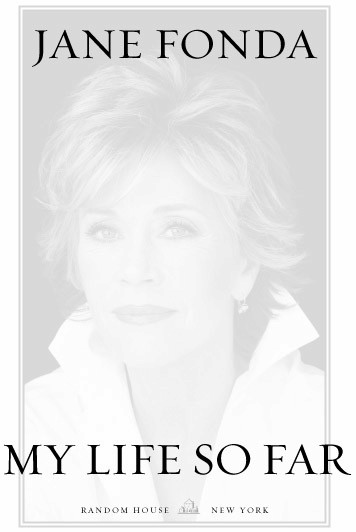 If we do not know our own history, we are doomed
to live it as though it were our private fate.

The past empowers the present,
and the groping footsteps leading to this present
mark the pathways to the future.

I was born December 21, the shortest day of the year. I’ve always seen a year as a circle, with December settled down at the bottom, like 6 on a clock. Then, when the new year starts up again, I see myself moving upward, counterclockwise, till, twelve months later, I’ve come full circle, back to the bottom again, to that shortest of days. On the day in 1996 when I turned fifty-nine, I realized that, assuming I live to be ninety, give or take, the next full circle would raise the curtain on my third act.

I’ve had a career both in film and theater for more than forty years, and I know something about third acts. Haven’t you ever been to a play where the first two acts seemed confused, then along came the third act and pulled it all together? Ah-ha, you said to yourself. So
that’s
what that scene in the first act was leading to! Or, conversely, the first two acts can be brilliant, and then in the third, things disintegrate. However, the third act is definitely key, the payoff that pulls the seemingly random bits and pieces of the first two acts into a coherent whole.

The big difference between life and acting, though, is that in life there’s no rehearsal and no “take two.” This is it; better get it right before it’s over.

In
Bird by Bird,
Anne Lamott writes, “If you want to make God laugh, tell her your plans.” Quite right. But when I talk about figuring out my third act, I’m not talking about making plans. I’m talking about being disciplined enough to learn what my past has to teach me, brave enough to take those lessons into my heart—to own them—and to commit myself to doing what is necessary to make them a part of my future. This is hard.

I once saw a quote from dancer/choreographer Martha Graham framed and hung on a wall in a ballet studio. It said
DISCIPLINE IS LIBERATION.
At first that seemed like an oxymoron—isn’t liberation the opposite of discipline? But discipline here doesn’t mean tightness and rigidity, or punishment for wrongdoing. It means being so committed and so fully contained that you can let go; so deeply connected that you can detach; so strong that you can be gentle. Liberation takes intentionality, deliberation, courage, and—yes—discipline.

I think of the tremendous discipline it took the great ballet dancer Rudolf Nureyev to be temporarily liberated from gravity and soar through the air. I think of Greg Maddux, for many years the Atlanta Braves’ outstanding pitcher, and the discipline that went into his ability to stand on the mound at the bottom of the ninth inning of the World Series and be physically and mentally relaxed.

For me, discipline, liberation, means acknowledging my demons, banishing them to the corner, seeing my past and excising the old patterns and baggage to make room for stillness. It is within stillness that I will hear the small voice and know where it is leading me. Call that voice what you will, but it has always been there, although during my second act—and in much of my first, for that matter—it was too risky for me to hear it.

It is taking discipline to liberate myself into a quieter third act, discipline in order to live with the awareness of my death.

I don’t want to die without knowing who I am.

To understand why I decided to prepare this way for my third act, I have to take you back a few years, to my forties. My father was dying. I would sit by his bedside in silence for long periods of time hoping that he would talk to me, say something about what he was thinking and feeling as he was being rocked away from us to that eternal place. He never did.

If he couldn’t come to me, I would go to him. I would focus on his face and try to put myself inside his body, become him. I remember feeling so profoundly sad for him—not that he was dying, but that he had never really been able to get close to me or to my brother, Peter. I felt sure he must regret that. I would if I were him.

This experience taught me that I was not afraid of dying. What I am terrified of, however, is getting to that place right at the edge of life when there’s no time left, being filled with regrets, and having no time to set things right.

Of course we always have regrets—things we’ve done that we wish we could take back or erase. I have significant ones that will haunt me forever, which I hope I have been brave enough to confront in this book. But it’s what you
didn’t
do that you know you
should
have done, rather than what you
did
do that you
shouldn’t
have done, that’s the worst: the if-onlys and what-ifs.

“Why didn’t I tell her how much I love her?”

“If only I’d been brave enough to address that old fear of mine.”

I began thinking a great deal about these things in my late fifties. I had begun to go through deep inner changes—changes that I didn’t fully understand until I began writing this book. I realized then that to avoid regrets, I would have to start, while I was still healthy and strong, to name what those might be—and to do something about them. I needed to live consciously, and I knew it would mean facing things that frightened me—like intimacy.

KNOWN BY MY HEART by Bennett, Michelle
Voices From S-21: Terror and History in Pol Pot's Secret Prison by David P. Chandler
Ruled by Caragh M. O'Brien
Chesapeake 10 - A Seaside Christmas by Woods, Sherryl
Short Century by David Burr Gerrard
Flesh: Part Six (The Flesh Series Book 6) by Corgan, Sky
Rush: A MacKenzie Family Novella (The MacKenzie Family) by Robin Covington
Too Little, Too Late by Marta Tandori
My Kind of Place: Travel Stories from a Woman Who's Been Everywhere by Orlean, Susan
Verifiable Intelligence by Kaitlin Maitland