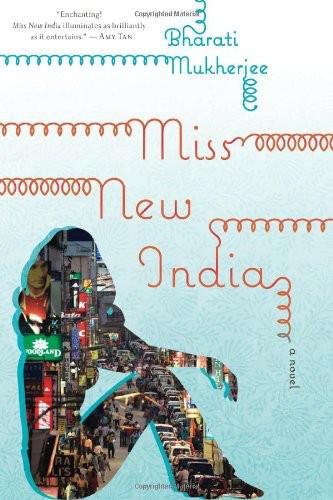 In the second half of the past century, young Americans—the disillusioned, the reckless, and the hopeful—began streaming into India. They came overland in painted vans, on dust-choked, diesel-spouting buses, and on the hard benches of third-class railroad cars, wearing Indian clothes, eating Indian street food and drinking the people's water. The disaffected children of American affluence: college dropouts, draft dodgers, romantics, druggies, and common criminals; musicians, hedonists, and starry-eyed self-discoverers. These weren't the aloof and scornful British administrators or the roustabout traders of earlier centuries. You could see them at dawn or dusk, pounding out their kurtas on flat stones along the riverbank like any dhobi or housemaid. These rich Westerners—the Aussies, the Canadians, the Germans, the Finns, but especially the Americans—the ones who stayed a few months, then years—lived like poor villagers; these rich Western kids sometimes re-sorted to begging and got sick, and others died from beggars' diseases.

Among them, one in a hundred, a thousand, ten thousand, became reborn, with no interest in returning home. They settled down in towns and villages, learned the languages, and lived Indian lives. They took modest jobs with foundations and charities. They taught English and took to the countryside to collect music and folktales, arts and crafts. They married local girls or stayed celibate, and identified themselves with Indian needs and aspirations. Until connecting with India, their lives had seemed without purpose. Their real lives began in India—for all its bribery, assassinations, race riots and corruption. America had been wiped from their memory at precisely the time that young Indians were fantasizing about the West, wanting schools and jobs that promised money and freedom. We were hungry for America, but they were sated with it. They professed no interest in American wars, but when India stumbled, they mourned. They loved us more than we loved ourselves.

We thought Peter Champion was strange. In our tradition, professors carry their lectures typed on foolscap tucked inside dossiers tied with silk cord, and dictate them to students in a monotone, without looking up. Generations of students learned to rank their teachers by levels of flatulence: "elephant farts" for our Goan and South Indian priests, down to "mouse farts," a little gas that left a pellet of knowledge behind, even some wisdom. The two lay senior professors boasted of medals they'd won in college and alluded to grants that had taken them on epic mental journeys, in their relative youth, to universities in England or Scotland, where they had sat at the feet of Sir Somebody-or-other. They never let us forget that a chasm separated their legendary achievements from our wan potential.

But Mr. Champion joked about his average grades and his aimless journeys, fumbling for a profession. He'd studied archaeology, astronomy and geology, linguistics, mathematics and religion—anything that teased out infinity. It wasn't until we started planning a festschrift last winter that we discovered he had double-majored in political economy and folklore at a satellite campus of a Midwestern university, and that his grades had been very, very good. While we were his students, the only fact about him we knew with certainty was that he came to class without lecture notes. And yet his influence hangs over some of us like the vault of heaven.

America was at war when he'd opted for the Peace Corps. He was assigned to a village in Bihar. After two years, forty pounds lighter, immune to diseases that would flatten most villagers, fluent in dialects no white man had ever mastered, instead of going back to America he'd embarked on a countrywide study of Raj-era houses and public buildings. Of course we didn't know this during the years we were his students; we were an incurious lot. Everything he learned in those years he'd gathered by tramping through villages and the long-ignored small towns in the mofussils, where children who'd never seen a white man would jab their fingers into his pale, dusty arms. He was always alone and traveled like a poor villager by bus and on foot, carrying his few belongings in a cloth bundle. The energy! The love! In those first three years in India he completed the work of a lifetime.

When we knew him, he was living monklike on a teacher's modest salary, funding his forays into the hinterland by moonlighting as a private English-language tutor, American or British. By the time our lives intersected his, he had acquired a scooter and taping equipment. He went to villages and recorded long litanies of anecdotal history, family memories verging on fantasy, and, especially, local songs. He scoured ancient, abandoned temples. He discovered and catalogued shards of terra-cotta sculptures. He tried, and failed, to interest us in his eccentric history of modern India.

Of course, not all the houses he investigated were crumbling shells, and not all their inhabitants were humble village folk. Some of the houses, and their owners, were survivors of another era, shuttered off from modern India. A few of the houses—dilapidated these days—had been glorious mansions, bearing Raj-era names taken from British literature. Some of their contents were of museum quality.

Classic Indian Architecture: Public and Private
(photos and sketches by the author) is a guided tour of those great public buildings and stately colonial residences from Calcutta through the Punjab, down the coast to Bombay, through Goa, and then to the South. Only a newcomer to India could have the eyes, the energy, and the devotion to swallow our country whole and regurgitate its remains with all the love of a mother penguin feeding her chick. Thirty-odd years ago, our teacher, then twenty-three years old, had presented himself at the front door of an 1840s mansion with a rolled-up scroll—the original floor plans—and asked the owner, then a fiftyish widow, if he could date the various additions to the mansion and catalogue its contents. In its 1840s configuration, before the piling on of late-Victorian turrets and towers, the widow's home had set a standard for Anglo-Indian architecture.

The widow had been flattered by the attention from a dashing young foreigner. The eventual beneficiary of that flattery would be one of Mr. Champion's students.

What did we give him? What do we owe him? Every developing country has its subsociety of resident aliens—refugees from affluence, freelance idealists, autodidacts collecting odd bits of "exotic" knowledge. Ours was trapped by beauty, love, spirituality, guilt, the prison of his own self-righteousness—and couldn't leave. He thrived on hardship while we pursued professional success and material comfort.

For whatever sinister or innocent reason, every now and then he conferred special attention on a young man or woman. "You will carry on," he would say. "You have the spark—don't crash and burn. India is starting to wake up. India is a giant still in its bed, but beginning to stir. It's too late for me, but India is catching fire."

One such woman is named Anjali Bose.

Through the car horns and jangle of an Indian street at market hour came the cry "Anjali!" but Anjali was not the name she answered to. Over blaring music from open-front shops she heard it again, sharper for its foreign edge: "Anjali!"

At nineteen, Anjali Bose was a tall girl, one hundred and seventy-three centimeters—five foot eight—taller than most boys in her college. She was on the girls' field hockey team. She smiled readily and when she did, she could light up a room like a halogen lamp. The conventional form of Indian femininity projects itself through long-lashed, kohl-rimmed, startled black eyes. Modest women know to glance upward from a slightly bowed head. Anjali did not take in the world with saucer-eyed passivity. Her light, greenish eyes were set off by high cheekbones and prominent brows. Her face resolved itself along a long jaw and generous mouth, with full lips and prominent teeth. Her parents, looking to the day they would have to marry her off, worried openly about her overly assertive features. But the rare foreigners who passed through town, health workers or financial aid consultants for international agencies, found her looks striking and her boldness charming. Speaking to them, she sometimes claimed a touch of Burmese or Nepali ancestry. She told many stories, all of them plausible, some of them perhaps even true. She always made an outstanding first impression.

On any street at market hour in the provincial town of Gauripur, in the state of Bihar, there could be a dozen Anjalis—"offerings to god"—but no man not a relative would dare call them by name. Most of those other Anjalis would be married, hobbled by saris, carrying infants or clutching the hands of toddlers while their husbands haggled for fish and vegetables. To be hailed from the street by a man on a scooter would be scandalous. The call had to be for her, the strider in jeans and a T-shirt advertising the maiden tour (Hamburg, Stuttgart, Köln, Basel, Zürich, Wien, Bratislava—she loved the umlauts) of Panzer Delight, a German punk-rock band, some few years back—the young woman who could wait to be called by the name she preferred, Angela, or better yet, Angie. A rusty old Lambretta scooter, the kind that had been popular with Gauripur's office workers way back in the 1960s, braked to a wheezing stop; its driver waved and nudged it toward her through the blue diesel smoke from buses and trucks, the dense clutter of handcarts and bicycles: swollen, restless India on the move.

She was standing outside Gauripur Bazaar, known locally as Pinky Mahal, the town's three-story monument to urban progress. When Pinky Mahal was being built, bricks had been carried, one by one, by dozens of child laborers hired by the day. Rows of women workers had threaded their way along single planks, balancing bowls of cement on their heads and then dumping the contents into plastic buckets. During the construction a corporate billboard had stood on Lal Bahadur Shastri (LBS) Road, an epic portrait to feed a credulous public: a magnificent, five-story office tower behind a small landscaped forest of shade and flowering trees, lawns, fountains, and sundials. On the billboard turbaned doormen greeted the gleaming row of imported cars pulling up at the building's entrance. And above the turbaned heads floated two legends:
YOUR NEW CORPORATE HDQS IN BEAUTFUL, EXCITING GAURIPUR! AND ACT NOW! COMMERCIAL SPACE GOING FAST!

Fanciful renderings of a future that would never come.

The office tower, with three stories instead of the advertised five, was completed in a year, but within six months of its ceremonial opening the pink outer plaster had begun to crumble, leaving long veins of exposed brick. The contractor claimed that the pink paint was sour and had reacted to the sweet plaster. Acid and alkaline, the developer explained to the press, then absconded to the Persian Gulf. And so Pinky Mahal, its two top floors unoccupied, its ground floor leased and subleased by owners of small shops who put up with fluctuating electrical service and no air conditioning because of the low rent, had become an eyesore rather than a proud monument in the center of town.