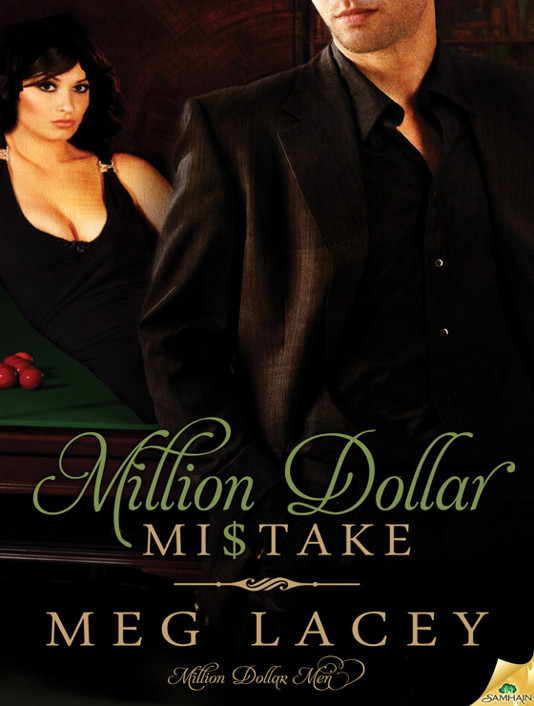 “When I get my hands on Raven Rutledge, I’m going to strangle her.”

Nicholas Demetrious was not having a good day. He could think of twenty million things he’d rather be doing than driving to a country house in the Adirondacks in a snowstorm to rescue his distant cousin, Raven, from a relationship with the wrong man.

He wasn’t required to rescue Raven; but, as Vice President and Legal Council for the wealthy Kristof Family Enterprises, more and more of the family’s tangled legal, business and personal affairs had fallen on him. Especially since his close friend and cousin, Darcy, the nominal head of the Kristof family, was now happily married to Silver Braybourne. Darcy was committed to making Silver’s family’s Kentucky horse farm as profitable an operation as the Kristof family stables in Virginia, so his focus on other family affairs was limited.

If it weren’t for the fact that Raven was somehow involved with the son of J.R. Exeter whose influence, wealth and contacts were essential to a huge business deal the Kristof family was negotiating, he’d leave Raven to straighten out her own mess. She certainly made enough of them. They didn’t call her the “tabloid’s darling” for nothing.

Nicholas was initially confused when J.R. had insisted he remove “that high-stepping Western man-hunter” chasing after his son, Jackson—the same son who was all but engaged to Lorianne Broadworth Sterling of the political Sterling family. When J.R. identified the man-hunter as Raven, he’d been even more confused. Men chased Raven, not the other way around. She provoked the chasing, of course. But when J.R. indicated he might have to reconsider the Kristof business deal he’d been ready to sign if something wasn’t done about Raven, Nicholas was forced into action.

So now he was driving to J.R.’s country home for the weekend, a weekend that promised to be among the worst in his recent memory if his dealings with Raven ran true to form.

The image of Raven the last time he’d seen her clouded his mind. She’d been laughing, tossing her mane of midnight hair, her golden eyes gleaming as she flirted with her newest conquest. Her curvy body had been stuffed into a bikini that would have gotten her arrested anywhere but on the French Riviera. Men had been drooling and dropping like flies. Just the thought of her reckless behavior still had Nicholas grinding his teeth.

The burning in his gut was proof of that. The woman was born to give him ulcers. During recent years, he’d read about her exploits every time he picked up a paper, when the family wasn’t dispatching him to haul her delicious butt out of trouble, that is. Impulsive, unconventional, wild to a fault…from doing a striptease at a popular night club to giving a photographer the “middle finger” as she followed behind the President and First Lady at a White House dinner, Raven Rutledge managed to tie him up in knots faster than anyone he’d ever met. If he lost one of the biggest business deals of his career over her recent antics, murder would be too good for her.

He switched lanes to access a turnoff, heading farther into the mountains. He looked up at the majestic peaks rising into the snowy sky and complained,
Couldn’t you have given me a sign? Sent a plague of locusts, or a flood to warn me?

No answer. Even the heavenly bodies knew better than to drift into Raven’s orbit.

He’d give anything to let her find her own way out of this jam, for the amusement factor if nothing else; but it wasn’t possible. This new business deal was built on money, contacts and timing. He didn’t have time to find another partner and get the deal closed before the favorable option expired. It had to be done with Exeter. That left him no choice but to somehow remove Raven from her latest scandal. He wasn’t sure how, though, because he couldn’t order Raven to do anything. If he said go right she went left just to be obstinate. He clenched his fist.

Raven Jillie Rutledge, the fourth and youngest daughter of Mr. and Mrs. Sebastian Rutledge of Denver and Silver City, Colorado, stared at the horrific creature fixing its freezing gaze on her from across the room. She was trapped. There was no way out. Somehow she’d have to deal with Jackson Exeter’s mother.

Who brings their mother on a getaway weekend?
Or more precisely, who invites a woman he scarcely knows to an intimate family gathering? Raven had thought they were going away for a weekend of lighthearted fun and skiing. Not
this
. If she’d known, she’d have run like hell. But it was too late for that.

She intercepted another territorial glare from Jackson’s mother, which tickled her funny bone. She pulled her gaze away and peeked at Jackson Richard Exeter IV from under her lashes. She grinned, a mischievous expression slipping over her exotic features.

What was Jackson thinking
?

She wasn’t exactly the “bring home to meet mother” type. At least not by outward appearances. Inside, and for the right man, she was positive she could be. But so far, at age twenty-six, the right man hadn’t come along. Meanwhile, she made-do with some of the others who passed by instead. She nibbled on her fingernail. But she may have made a mistake with Jackson.

As she stood in the drawing room at Meadowlands, sipping a sherry—she detested sherry—her active mind conjured up scenarios that would enable her to leave immediately.

So sorry. Kiss-kiss, darlings. Mother has just come down with the bubonic plague and I have to go home and kill rats.
Or,
Must dash, I’ve been appointed ambassador to Greenland.

Amusing as she found her excuses, she didn’t think Jackson’s mother would feel the same humorous appreciation. Not according to the frozen fish face she’d been presenting from the moment Raven had first met her. Of course, some of that austerity was probably because Jackson was standing so close to her that he might as well be her shadow.
Whew! If looks could kill
. Another dagger-eyed glance from Mama made Raven’s shoulders shake as she swallowed her laughter.

“Cold, cupcake?” Jackson’s Ivy League accent tickled her ear. “Shall I get you a wrap?”

Cupcake? Oh my God! What next?

As Jackson tried to put his arm around her, Raven noticed that Mrs. Exeter practically had icicles hanging from her nose. “That’s not necessary, thank you,”—she patted his cheek—”
muffin
. I’m used to the chill.”

Was she ever. Mothers had been turning the gimlet eye on her ever since their sons had started sniffing around her skirts in college.

Raven gasped. “Your
grandmother
?” Okay, maybe she could handle parents for a while, but a grandmother—that was serious business.

Raven was having trouble swallowing. “A jolly family party, then.”

“I can’t wait for everyone to get to know you better.”

Raven’s eyes practically crossed. “Oh joy, nor can I.”

“Father will adore you. Just as I do.”

Raven had only met Jackson’s father briefly the day before. He’d barely hid the flare of resentment in his eyes when they’d been introduced. Raven had found that a bit surprising. While she was used to seeing that look from women, most men—fathers or not—looked at her with approval. Not bad for a woman who’d been a tall, gawky kid with odd features, amber-colored eyes and black hair so full and curly that it resembled a bramble of blackberries. Then, like the ugly duckling before her, Raven had unexpectedly metamorphosed into a swan. She’d been living it up ever since. Making up for lost time, she supposed.

But this?
Not what she’d signed up for. It was supposed to be a cold ski run, followed by a roaring fire and a hot man. Period.

Raven slid him a look from under her curtain of lashes. “Yes. Is there a problem with that?”

Jackson shook his head, a bit uncertainly. “No, no. You took me by surprise, that’s all.”

With a seductive smile that was now as natural as breathing, Raven whispered, “That’s my style.”

“I know. I’ve been whirling since I met you. I think I’m going out of my mind.”

Raven nodded, sensing the start of a headache. “I feel the same.”

Raven turned to face the windows, looking out into the night. It was snowing lightly. But what did she expect? It was winter. She was in the mountains in upstate New York. A flurry of flakes splattered the glass, their delicate patterns visible for a moment before melting. It reminded her of her childhood at Raven’s Nest looking out into the night from a big old window, feeling restless and out of place.

A black Mercedes crunched to a stop on the circular drive in front of the house and Jackson’s father got out. Just visible in the falling snow, he froze for a moment looking toward the house, his gaze meeting hers. Raven wanted to shiver at the animosity in that look. But she squared her shoulders and sent him a saucy smile instead, noting his scowl before he assisted an elderly woman from the driver’s side of the car.

Raven turned, taking the drink from Jackson. Without a word, she lifted the glass to her lips and tossed the liquor down her throat, needing all the help she could get to enjoy this evening. She thrust the glass back at Jackson.

Margaret Exeter finally warmed up to just above freezing when her husband walked into the room. She rose from her seat near the fireplace and practically rushed the man. “J.R., finally.” Then she bent to air-kiss the small elderly woman by his side. “Mother Exeter, how lovely you look.”

“Margaret. Thank you. And you’re very neat, as usual.” Jackson’s grandmother greeted her daughter-in-law with a smile, but her real interest focused on Raven. The elegant older woman stepped toward her. “I’m Irina Exeter, and you are?”

Irina thrust out a claw-like hand covered with diamonds, her brilliant blue eyes twinkling like sapphires set in wrinkled cotton. “Raven, is it? Like the bird?”

Raven nodded. “Yep. Named after the doom and gloom birdie in Poe’s poem.”

“Not in this day and age. Quotes are what sell papers. And they’ll keep asking me, so—” Raven hunched a shoulder and smiled.

“So you keep telling them what they want to hear?”

Raven met Irina’s clever eyes, seeing nothing more than interest and strangely an almost kindred spirit. Her smile broke into a naughty grin. “Even the skankiest tabloids have to make a living.”

Irina smiled. “Yes, I suppose they do.”

“Um, Nana,” Jackson interrupted, “would you like some sherry before dinner?”

Irina turned to her grandson. “I’d sooner drink antifreeze. Give me a shot of whiskey.”

Raven laughed, Margaret rolled her eyes and J.R. ignored the entire exchange as he checked his watch then looked toward the archway into the hall.

As Jackson started across the room to do his Nana’s bidding, the doorbell chimed, followed shortly thereafter by a crashing sound of china. A distressed exclamation from a female voice captured everyone’s attention.

“Margaret,” J.R. said to his wife, indicating the commotion in the hallway, “we have another houseguest. I’m sure you won’t mind.”

Before anyone else could say a word, a small expensively dressed young woman, her round blue eyes concerned, her shoulder-length dull blond hair held neatly away from her face with a preppy velvet headband now slightly askew, rushed through the doorway and practically skidded to a stop. “Oh, I’m so sorry about the vase. I must have hit it with my overnight bag. I’ll be happy to replace it.”

Margaret smiled the first real smile Raven had seen as she held out her hands, moving with a swift gait to greet her new guest. “Lorianne, my dear girl. How lovely to see you. I didn’t realize you were able to come.”