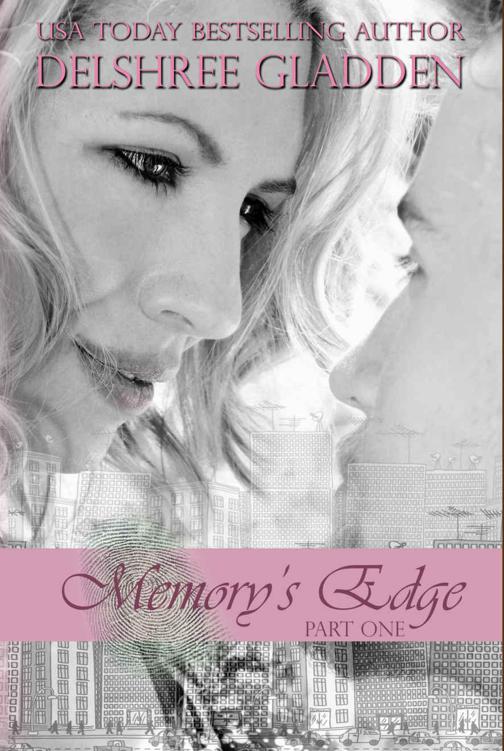 Someone
Wicked This Way Comes Series

Shark
Out Of Water

The
Only Shark
In
The Sea

Names, characters
and incidents depicted in this book are products of the author’s imagination,
or are used fictitiously. Any resemblance to actual events, locales,
organizations, or persons, living or dead, is entirely coincidental and beyond
the intent of the author or the publisher. All rights reserved. No part of this
book may be reproduced or transmitted in any form or by any means whatsoever,
including photocopying, recording, or by any information storage and retrieval
system, without written permission from the publisher and/or author.

Printed in the
U.S.A.

All rights
reserved. Except as permitted under the US Copyright Act of 1976, no part of
this publication may be reproduced, distributed, or transmitted in any form, or
by any means, or stored in a database or retrieval system, without the prior
written permission of the author.

The
characters and events portrayed in this book are fictitious. Any to real
persons, living or dead, is coincidental and not intended by the author.

This
book has been sitting around on my computer for literally years. It started as
just a random project, then a few readers saw it on my website and asked about it,
which finally got me motivated to send it out to beta readers and clean it up.

Thank
you to my readers for always asking for more and keeping me motivated!

For
Ryan, the inspiration for all the love stories I write.

Gretchen’s
body flew forward as her car fishtailed to a stop. Eyes clamped shut, it was impossible
for her to tell whether she had stopped in time. She couldn’t bear to open
them. What if she hadn’t? Her panicked breathing drew in the smells of exhaust
and singed rubber, pushing her to open her eyes and get out of the car. Her
racing heart and gasping breaths urged her to stay exactly where she was.

Eventually,
Gretchen pried her eyelids open and glanced out the windshield. She couldn’t
see anything. Tears burned her eyes worse than the fumes. She had to get out
and make sure. Her fingers slipped trying to grasp the door handle, but after a
few tries she pushed it open, letting in another blast of the foul air.

The
staccato sound of her heels clicking on the asphalt seemed to echo as she
walked around to the front of the car. Crisp March air bit at her as she paused
before reaching the front end. Her eyes begged her to close them again, fearing
what they would see, but she forced them to stay open and search. Failing
evening light cast long shadows, but the crumpled mass lying in the road was immediately
visible. Gretchen’s breath caught and her fingers wiped away tears.

“Please,
no,” she whispered.

The body
lay a few feet in front of her car. She stepped closer then looked back at her
front bumper. It looked as good as it ever had, which wasn't saying much, but
relief swept through her. There was no blood, no new dents. It looked exactly
the same.

Gretchen
hadn’t hit the crumpled body. She had stopped in time.

Good brakes
had kept her from crushing the figure, but the man looked as though he had
already been through three or four accidents. The design of the torn up slacks
and ruined loafers he wore were the only things that gave any hint it was a
man. Every visible inch of skin bore bruises and blood, the swelling so bad in
some places, Gretchen wasn’t sure they would ever heal. The shock of nearly
hitting him finally began to wear off, freeing her mind enough to take action.

Dropping
down next to him, Gretchen pressed two fingers lightly against his neck. It was
difficult to find the right spot, but she did feel a ragged pulse under his
swollen skin. He was still alive somehow. Her finger came away bloody and left
little red fingerprints on the screen of her phone as she dialed 911. Tears
fell down her cheeks and mingled with the blood as she waited through two
rings.

“911. What
is your emergency?” the operator asked.

“I found a
body, a person, out on Highway 550. He needs an ambulance,” Gretchen said, her
voice still shaking.

“Where are
you located ma’am?”

“About half
an hour from Bloomfield. I just passed the turnoff to Huerfano a few minutes
ago,” she said. “This guy’s in really bad shape. He needs someone fast.”

“Yes, but I
don’t know how long he’ll stay like that. It looks like someone beat him up
with a tire iron or something. They just left him lying in the middle of the
road. I almost ran him over,” Gretchen cried. She couldn’t believe she had
stopped in time. “Should I try to move him out of the road? Someone’s going to
hit us.”

“How heavy
is the traffic?” the operator asked.

“I don’t
see any other cars right now, but it has been busy on and off. It’s a pretty
straight shot for a while. I should be able to see if anyone is coming,”
Gretchen said.

“Turn on
your vehicle’s hazard lights, so you’ll be seen.”

“Oh, of
course,” Gretchen said. She should have thought of that already. Jumping up
from the pavement, she leaned into the car and turned the flashing lights on.
She pulled the door shut just as a car sped past her. Looking up the road
Gretchen saw the headlights of another car. They must have seen her lights
because they signaled to cross into the other lane to get around her. Two more
sets of headlights followed.

“I think
the traffic might be picking up,” Gretchen told the operator.

“Can
you move the body without causing further injury?” she asked.

“I…I don’t
know.” The man seemed fairly tall and decently built, and he was so banged up
already Gretchen was afraid to even touch him. She didn’t want to hurt him worse.
Another two cars flew by her. “I can try.”

“Grab the
man under his arms and carefully drag him away from the road if you can. If you
can’t, keep yourself safe by standing out of the way of traffic. I’ve sent an
ambulance and an officer from the sheriff’s department out to your location.
They should be there in about fifteen minutes,” the operator said calmly.

Fifteen
minutes. Gretchen had no idea how long the poor man had been lying in the road
before she found him, but she desperately hoped he could last another fifteen
minutes. He was a stranger to her. That didn’t make the idea of him dying any
easier to take. Gretchen would definitely feel responsible.

“Did you
try to move the body?”

“Um, not
yet.” Was that really a good idea? What was her other option, standing back and
hoping he didn’t get run over? Another blaring horn and flash of wind from a
speeding car helped her decide.

Setting her
phone down, Gretchen slipped her hand under his arms and gently lifted his
shoulders off the asphalt. She waited for some sign that she was hurting him,
but his swollen face didn’t even react. Hoping he was really, really unconscious
at the moment, Gretchen dragged him backward until his feet hit dirt. She laid
him down as carefully as possible then ran to move her car off the road.

The 911
operator kept talking to Gretchen as she waited. She asked her questions about
the man’s condition every few minutes. Gretchen described his injuries and
looked around for any sign of his car, keys,
wallet
,
anything that might belong to him, but found nothing. She suspected the
operator was just trying to keep her from freaking out, but she was glad for
the distraction. Every time she looked at the unmoving body, she wanted to sit
down and cry.

When
Gretchen finally saw the flashing red and blue lights of the ambulance, the sun
was nearly set, painting the desert a fiery orange. The paramedics pulled off
the road just ahead of her car. Two sheriff’s patrol cars pulled up as well and
put out reflective cones to divert traffic. The first paramedic to reach her
asked her to move back, then began examining the man. Before the second
paramedic moved to help his partner, he asked Gretchen a few questions.

She
couldn’t answer any of them, unfortunately. No, she didn’t know his name, or
what happened, or how he ended up in the middle of the road, or whether he was
allergic to anything. She kept shaking her head as she watched them work. It
went exactly the same way with the sheriff’s deputy. They asked all the same
questions, plus a few more, but Gretchen didn’t have anything to tell them.

The deputy
flipped his notepad closed and tucked it away as the paramedics loaded the man
into the back of the ambulance.

“Wait!”
Gretchen rushed over the paramedic who had spoken to her. “Is he going to be
okay? Where are you taking him?”

“We’re
taking him to San Juan Regional Medical Center. As to whether he’s going to be
okay, or not…” He glanced over at the man on the gurney. “Well, he’s stable for
now, but there’s no telling just how badly he’s injured yet. The doctors at the
hospital will have a better idea. He’s got some broken bones for sure, but
there may be internal injuries as well.”

“Can I
follow you guys to the hospital? I want to make sure he’s okay,” Gretchen said.

“Sure,” the
paramedic said, “Just ask for John Doe when you get there. Looks like you’ll be
the only one looking for him.”