Master of Ceremonies: A Memoir 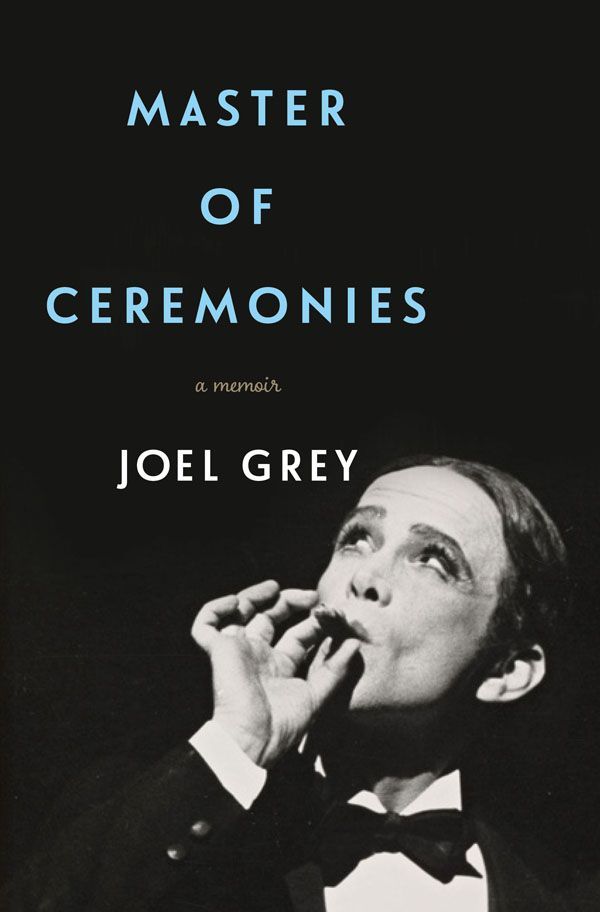 This is a true story, though some names and details have been changed.

The nightclub comedian mopped his sweaty forehead with a breast-pocket hanky one too many times—the linen as yellowed as the teeth in his desperate smile. Everything about this man—the sweat glistening through the pancake makeup; his thinning, dyed-red hair; the tasteless jokes that fell just short of his dropping his pants—was proof for the audience of how hard he was working for them. Men who were drunk and still drinking sat beside their rouged women on burgundy leather and gold button-tufted banquettes, everyone’s head thrown back in overenthusiastic laughter. The spotlight on the small parquet dance floor that doubled as a stage was broken by the crossing of harried waiters trying to keep up with drink orders and the delivery of the roast beef special. The clatter of forks and knives against dishes competed with coughing from cigarette smoke and laughter …

I awoke soaking wet, wrung out from what was not just a disturbing dream but also a memory of a real event. I was now a thirty-eight-year-old man with a beautiful wife and two wonderful children I was able to support with an established career assembled from an eclectic mix of stage, screen, and TV work. The dream’s vivid details, however, catapulted me back a decade, to the early fifties, when I was still trying to make it.

I had been on the road back then with a nightclub act developed around the idea that I was too young to be in a nightclub, let alone perform in one. I was already in my early twenties, but I looked much younger, because I was fresh-faced and, well, short. So I did songs such as “Zip-a-Dee-Doo-Dah” and jokes such as describing current events as “ancient history.” Boy, did the audience roar at that one. I had been worried that my naive material wouldn’t work in the bawdy atmosphere of the nightclub circuit. But in city after city, they ate it up. One of the newspapers called me the “comic comet.”

On my night off during a tour stop in St. Louis, I went to see a well-known performer at another club. I had heard that he was the hottest thing in town and wanted to know what the competition was up to. As I sat watching the comedian in the loud, smoky room, the spotlight illuminating his aging face, I was stunned. His broad delivery employed every virulent stereotype: take-my-wife jokes, fat jokes, crude sex jokes (but not Jewish jokes, since the obviously Irish comic was playing to a mostly Jewish crowd). When he did his fag impression, lisping and mincing, in a bit about “fresh fruits,” and not the kind you find in a grocery store, I felt sick to my stomach. But it wasn’t his crassness that offended me most. It was his effectiveness. He would do, and did do, anything for a laugh, battering the audience into loving him. I couldn’t believe that someone so willing to pander, someone who stooped to the lowest levels of “entertainment,” offering the most base and hackneyed material in exchange for the audience’s affection, was actually getting it. They were in his thrall, screaming with laughter.

Perhaps the crowd-pleasing entertainer onstage hit a little too close to home. He was the epitome of everything I had been trying to escape ever since the moment I became an “overnight sensation” at the age of sixteen after doing a wild song-and-dance act in my father’s variety show,
Borscht Capades
. I had first fallen in love with performing as a nine-year-old actor at the Cleveland Play House, one of the country’s best professional regional theaters. Although fame and financial success came to me first by working nightclubs, I never wavered from my desire to become a legit theater actor and return to that early, formative experience on the stage. I wasn’t sure what it would take to make it in the theater, but despite the struggle that was all I ever really wanted.

And here it was. After more than fifteen years of struggling, I was finally about to fulfill that dream—to create my own role on Broadway. The subject matter of the show,
Cabaret
, was more than risky. And the emcee I would be playing didn’t have a single line of dialogue. Still, it was full of possibilities, and it was mine.

I shook the image of the “Jerk of St. Louis” out of my head and pushed back the covers. It was deadly quiet in the apartment. The rest of my family had already gone off to their individual lives—my wife, Jo, to her morning yoga class, Jennifer to school across town, and James to the park with our housekeeper. I showered, shaved, dressed, and went into the kitchen for my espresso and toasted bialy. Then I started putting together my stuff for the day: script, dance shoes, an extra shirt, Sen-Sen, and a Hershey’s Bar with almonds.

As I boarded the M10 bus in front of our apartment on 86th Street and began traveling down Central Park West, I felt slightly hungover—from the dream or anxiety about the show; I couldn’t tell which. There were only a couple of weeks of rehearsal left before we were scheduled to open
Cabaret
in Boston for the out-of-town tryout before Broadway. I was still wrestling with my part, a fact I couldn’t admit to anyone. I knew my songs and the choreography. And, thanks to the German icon Lotte Lenya, who was playing Fräulein Schneider, my accent was becoming quite convincing. Still, something important was missing—the man underneath the makeup.

The basic idea of my character was conjured from a master of ceremonies at a seedy club in Stuttgart where the show’s director had been stationed in the Army. The director told me that this small man, who wore too much makeup, was bigger than life. But there were no specific notations or descriptions in the script regarding my character. It didn’t specify his connection to the narrative of the show or even if he had a name. He was simply referred to by the abbreviated form of “master of ceremonies”: Emcee. With five musical numbers that played in between the book scenes, yes, the Emcee was clearly a metaphor for the corruption of the Weimar Republic, which paved the way for the Nazis’ rise to power. But go play a metaphor—not possible.

For the past four weeks, the ensemble, dancers, and I had been working long hours on John Kander and Fred Ebb’s brilliant songs and Ron Field’s edgy choreography in a big, cold dance studio ten blocks away from the George Abbott Theatre, where the director, Hal Prince, held the main rehearsal with the actors in the book scenes. Today, however, was the first run-through in which the cabaret numbers would be integrated with the book scenes. As the bus drew closer to the George Abbott, I found myself getting anxious. Everyone would see that I hadn’t fully found my way as the Emcee. What had been passable in isolated rehearsals, as pure music and dance—showbiz numbers—wouldn’t work when combined with the drama of the show.

I got off the bus at 54th Street and Seventh Avenue and walked two blocks east to the theater, where Hal, John, Fred, Ron, and the rest of the group were assembled. There were the principals, Jill Haworth, Bert Convy, Lotte Lenya, Peg Murray, Jack Gilford, and Edward Winter. There were the Kit Kat Girls, and there was me.

As the cast went to their places in the wings, I nervously looked at Hal Prince, who was about to get off the stage and make his way into the house, where he would watch and take notes. Suddenly, I had an idea. I grabbed Hal and quietly said, “I have something I’d like to try.”

… And there was I in the sweaty body of the comedian from my dream.

There he was; there was I; there we were. Everything that was a bit too much—overly friendly, leering, shocking, and in your face.

And on comes the all-girl band, pushed by the Kit Kat waiters. This new, different Emcee had no compunction about manhandling the girls. Although I had no makeup and was wearing only a tailcoat over my rehearsal clothes, I became another person by fully discovering the inner life of this character. The change took the dancers and ensemble off guard. I could feel a bristling of discomfort as I lifted up a Kit Kat Girl’s skirt with my cane and an intimidated resistance as I sat down on the lady piano player’s lap. The choreography was the same, the same steps I had repeated many times in rehearsal, but the spirit in which they were done was mercenary, lascivious, and menacing.

I embraced everything that was in poor taste and not acceptable, and the ensemble responded in kind. They, too, were changed.

Near the end of the first number, the music pulled back to half time.

I sang the last words—seated on a chair lifted into the air by the waiters—as the stage manager yelled “Blackout!” and the sleazy comedian slipped away. Now just Joel Grey, I ran to the back of the stage, looking for an escape, all the while thinking,
You’re a crazy person. Look what you just did. Say goodbye to a career. Nobody wants to pay good money to watch a creep.