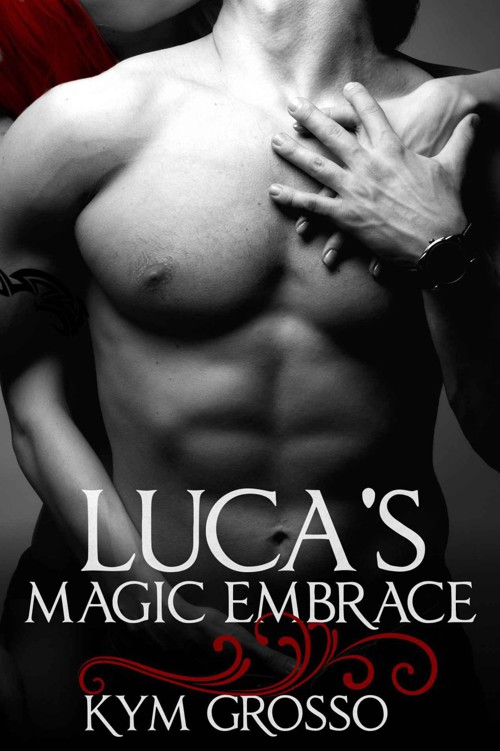 DISCLAIMER
The characters and events portrayed in this book are a work of fiction or are used fictitiously. Any similarity to real persons, living or dead, is coincidental and not intended by the author.
For the love of my life, Keith.

You inspire me to write romance that speaks to true love,

and of course, sexy love scenes that steam up the pages.

No one could ask for a more supportive husband.

I am so lucky to be your wife and partner.

Acknowledgments
I am very thankful to those who helped me create this book:
~My husband, for encouraging me to write, editing my articles and supporting me in everything I do. Also for listening to me read the love scenes out loud to him, which he thinks are the best parts of the book. Ooh la la. Keith definitely provides me with ideas on how to make them even better.
~ Tyler and Madison, for being so patient with me, while I spend time working on the book. You are the best kids ever!
~Mom & Dad, for giving me a loving family and guiding me along my way. Dad is my biggest supporter and I am so grateful. My brother Kevyn, who is the very best sibling a sister, could have.
~Julie Roberts, editor, who spent hours reading, editing and proofreading Luca’s Magic Embrace. I really could not have done this without you!
~My beta readers, Sandra and Diantha, for volunteering to read novel and provide me with valuable and honest feedback.
~Carrie Spencer, CheekyCovers, who helped me to create a sexy novel cover and my new website.
CHAPTER ONE

Naked. Bound. Luca strained his wrists and ankles upward, seeking a release from the silver cuffs and chains that burned his flesh deeper with every movement. The sound of sizzling skin echoed in the room with the slightest movement. Luca lay imprisoned flat on a stone altar, his battered body racked with pain. His arms were spread to each side, the chains on his wrists wound around the hard pedestal legs. His feet were tightly bound together, effectively immobilizing him.

Where the fuck am I?
Scanning his surroundings, Luca realized he was in an abandoned building, a Catholic church. He could see the Stations of the Cross painted on the faded, chipped walls. Streams of light shone through a broken, stained glass window. The church smelled of mold, urine and blood. His blood. Used surgical syringes littered the floor. A rubber band was loosely tied to his arm. Because there were no marks on his arm, he reasoned he must have healed himself.
Shit. Someone had been syphoning his blood.

The last thing he remembered, he had been escorting the witches to their coven. An attack, a blinding silver spray flashed in his mind. Luca couldn’t remember how long he’d been unconscious.
Weak, so weak.
It took everything he had to wriggle his arms. The silver burned and drained his energy as uncontrollable thirst enveloped his thoughts.

He screamed into the desolate cathedral, hoping someone would hear him. “Help me!” No answer. His eyes burned with fury, knowing it was unlikely help would come. How long had he been shackled without blood? Would his captors return to torture him? In his diminished state, he was surprised that they hadn’t staked him. Why was he still alive and not dead? Crying out in agony, he was again met with silence. It was useless.

Lying on the altar in his stink and dried blood, he felt like an animal. Glancing around the dilapidated structure, he could not assess a feasible means of escape. He closed his eyes and concentrated, praying he could establish a connection with his maker, Kade. Kade would not rest knowing something had happened to him, his best friend and confidant. Luca prayed to the goddess that he could link with him soon. Feeling his life slip away like air leaking from a balloon, there wasn’t much time left. If he wasn’t rescued soon, he’d die.

Sydney stirred in Kade’s arms and placed a kiss on his bare chest. She felt him tense beneath her; something was amiss. “Kade, what’s wrong?”

“It’s Luca. He’s alive. I can sense him. I need to concentrate and see if we can make contact.”

“Oh my God, Kade. Where is he?” she asked excitedly. Luca had been missing for over a week. Attempts to find him had been fruitless.

“Shhhh, love. Just give me a minute to focus on him. Lay still.” Kade closed his eyes, letting his mind wander. Settling his thoughts on Luca, he mentally reached out across New Orleans. Since Luca had disappeared, Kade had been unable to establish contact with his progeny.

While in Philadelphia with Sydney, Ilsbeth, a local ally and powerful witch, had contacted him with the news that they’d been attacked while returning to the coven. Both Ilsbeth and newly transformed witch Samantha, had made it safely home; Luca, however, had been taken. Kade, the leader of New Orleans vampires, and his fiancée, Sydney, a police detective, had searched the area of the attack for days on end and had turned up no clues to his abduction. Immediately after the fight ensued, the coven had been set to lock down, so none of the witches could describe Luca’s abductors or provide assistance in finding him. Kade had tried numerous times to reach out to Luca psychically. Throughout time, they’d always shared a connection. But since the attack, only a silent hum remained of Luca’s existence. Kade could not sense Luca’s death, but neither could he sense Luca’s location. It was as if he’d dropped off the face of the Earth.

Kade surmised that the lack of communication meant one of two things: either Luca was incapacitated to the point of death, perhaps silvered, or he had purposefully left the area, refusing to contact Kade. Luca had been a loyal friend since Kade had turned him at the start of the nineteenth century, so Kade knew for a fact that Luca would not take off without notice. Because of this, the former conclusion concerned him greatly. If Luca was hurt, it would be nearly impossible to find him.

As Kade meditated on Luca, a flicker of vibration resonated back to him, alerting him again to Luca’s presence. It felt as if Luca was far from the Garden District but still within the city limits.
Luca, can you hear me? Where are you?

Drifting into unconsciousness, Luca perceived the sensation that Kade was there with him. He wasn’t sure if he was hallucinating or dying, but he moved his lips, trying to speak into the darkness. No matter how he strained to talk, no more words could be spoken aloud; he was too weak. His thoughts raced.
Please let this be real.
Help me. An abandoned church. Mold. I can’t…I can’t last much longer.

Kade swore, “Goddammit. I felt him, but he’s lost to me again. He must be unconscious or badly hurt. I heard something…something about an abandoned church. And mold. But shit, that could be just about anywhere down here. The only thing is that I can feel he’s within the city limits; not in our district, but he’s not far.” He raked his fingers through his hair in frustration. “Shit. I should’ve sent someone else with him to escort the witches so soon after that clusterfuck with Simone and Asgear. This could be related to them, or maybe someone’s trying to get to me,” he speculated.

Sydney scrambled out of bed, pulling on a pair of faded jeans and a t-shirt. “Don’t blame yourself. This is not your fault. We don’t know that this is related to Asgear or Simone. We’ll get him back,” she said determinedly. “Where could the church be? There were hundreds of abandoned buildings after Katrina. But there has been lots of cleanup. Where could there still be a church? Lower ninth ward?”

“No, he feels closer. We need to get the car and go for a drive.” Kade quickly got dressed, pulling on a pair of black denim pants and a black polo shirt. He pushed his feet into his leather boots and began to pace, anxiously wanting to resume the search. “This isn’t good, Sydney. If he hasn’t fed, he could be dangerous. I’m just warning you in case we find him. He’ll need human blood immediately. You’ll have to do what I say, no questions, okay? It feels like he’s almost gone…not yet dead to us, though.”

Sydney wanted to comfort Kade. A lot of shit had gone down over the past few weeks; she was determined to help find Luca. Kade felt helpless not being able to locate Luca and blamed himself for not anticipating the attack. She wasn’t sure how to make him feel better except by comforting him in the one way she knew how. Wrapping her arms around Kade’s neck, she kissed him lightly, letting him know she was there for him. “Kade, I will do whatever you need me to do. I promise we’ll find Luca. I love you.”

“But nothing. I mean it. I would do anything for you. No exceptions. You felt Luca. Maybe it was just a slight sense, but he’s here somewhere. Now, let’s go get him.”

Kade zipped through the streets of the Garden District, driving feverishly towards the French Quarter. “It’s getting stronger. He’s not far away.”

“Is he in the French Quarter?” Sydney asked.

“Hmmm…along the water? Well, that would explain the odor Luca described,” she replied.

“Sydney, we don’t know who took him or if there will be danger where we’re headed. Please. For the love of God, let me go in first. We can’t take any chances.” He knew Sydney had a tendency to act first and think later.

“Really? Are we doing this again? I have my guns with me. And do I need to remind you that you are the one who’s weakened during the day, not me? How about this…we go in together, I stay behind you.” She smiled coyly at Kade, knowing he could not refuse her during the daytime. She swore to him that she’d do what he said but that didn’t mean she couldn’t hold her own.

“All right. But no heroics and as promised, you do as I ask. We go in, get Luca, put him in the back of the SUV and get the hell out of there. Luca will most likely need emergency attention. Étienne, Dominique and Xavier are procuring donors to feed him when we return.”