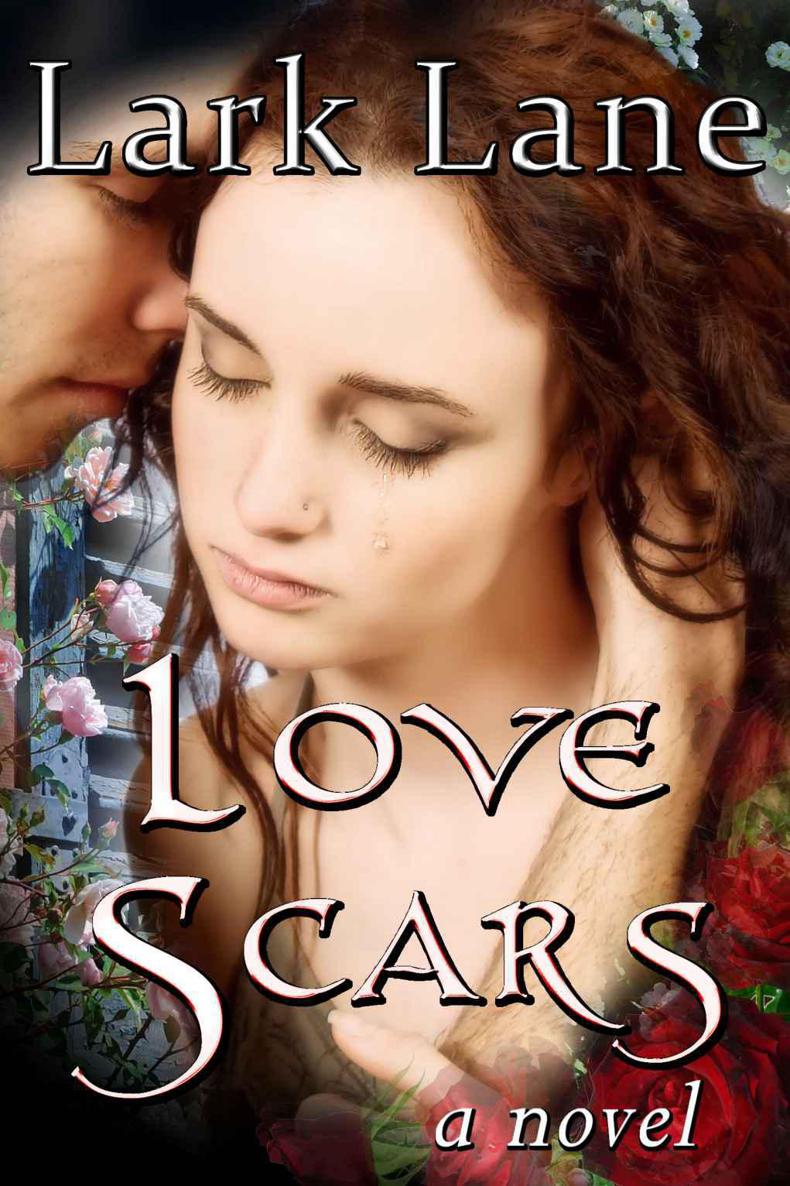 ALL RIGHTS RESERVED. With the exception of quotes used in reviews, no part of this book may be used or reproduced in any manner whatsoever without written permission from the author.

WARNING: This book is not transferable. It is for your own personal use. If it is sold, shared, or given away, it is an infringement of the copyright of this work. A theft curse is embedded in the html.

Find out when the next Lark Lane story is available!
sign up here
.

They can heal each other’s love scars, if only they can see past them.

Nora Deven was seventeen when her family was killed. In the six years since, she’s raised her niece by taking on massive student loans. Offered the chance to pay off her debt through a little benign corporate spying, Nora takes it—but the job may shatter the defenses she's built around her pain.

Tech genius J.D. Reider was a multimillionaire at eighteen. Now twenty-eight and worth billions, J.D.'s wealth hasn't shielded him from being scarred by love. Then J.D. meets Nora Deven, a fragile graduate student used by a rival to sabotage the biggest project in his company's history. Nora could unwittingly ruin J.D.'s company, but his real fear is she'll destroy the fortress he's built around his heart.

“Before you go, I have an announcement.” Dr. Barton rifled through his briefcase, glancing at slips of paper then discarding them, while his teaching assistant passed back a stack of graded Blue Books.

My best friend Lisa pointed at the time: a quarter after two. My stomach clenched. I’d let Lisa talk me into throwing an end-of-semester party tonight. But that was weeks ago. Suddenly the reality was coming at me like a speeding train.

The usual excuses—being broke and living with a minor—didn’t work this time. Lisa was paying for the food and the keg, and my niece Stacey was out of town on her high school graduation trip. I was starting to freeze up inside just thinking about it. I don’t mix well with crowds or loud noises.

“Oh, here it is.” Dr. Barton pulled a crumpled piece of paper from his shirt pocket. “We’ve added two internships to the summer session. It starts a week from Monday. Three weeks at the dig, hands-on study of the Maidu culture, and six units. Easy A.”

Six units. Just what I needed. For a split second I wondered if there were student loans for a summer internship. Yeah.

Hello. My name is Nora Deven, and I’m a loanaholic
.

It was my last class on the last day of spring semester. I was twenty-three. I needed six more units to complete my master’s degree, and if I didn’t find a real job soon I’d have no choice but to go on for a PhD.

It wasn’t that I loved school so much. I was hooked on student loans.

For six years, loans made it possible to support my niece and keep her out of foster care. But what was I thinking, majoring in humanities? That was for people with trust funds. People who didn’t need jobs.

Jane Marks, the TA, handed me and Lisa our exams. With satisfaction, I noted my A. That was the one upside to not having a job—I had plenty of time to study. I slipped the Blue Book into my backpack, and Lisa and I got up to leave.

“Ms. Deven, Ms. Newberry,” Dr. Barton said. “You two may be interested to know yours are the next two names on the internship list. Congratulations.”

“Good job, you guys.” Brad Morgan leaned out from Lisa’s other side. He’d had a crush on her since last semester. He was one of the interns already selected. “It will be great to see some friendly faces up there.”

Brad’s face fell. For two blissful minutes, the poor guy must have dreamed of being with Lisa for three weeks with no Frank in the picture, her boyfriend since high school.

I’d just found out my old standby at the mall was a no-go. When I stopped by the toy store recently to ask about a summer schedule, my supervisor was gone and the new one said they weren’t hiring people back for the summer.

“That reminds me of the other announcement,” Dr. Barton said. “Our dig sponsor has generously funded intern stipends this year of $6,000. Will that do?”

I couldn’t believe I heard him right.

“Excuse me, Dr. Barton.” Down in the front row, Cindy Slater raised her hand. “Is that to share or for each of us?” Cindy was another student who’d already been given an internship.

He took four manila envelopes out of his briefcase and put them on the desk. Heading for the door he said, “Have a safe summer everyone. You interns can pick up your packets there on the desk. Let me know by Monday if you’re in or out.”

“You have to do it, Nora. Where else are you going to make two grand a week this summer?”

“I don’t know if…” It was a lot of money, but I hated having things thrown at me all of a sudden. This was quickly becoming a difficult day. I tried to inhale discreetly and blow out the tension.

“You’re going.” Lisa pushed her blond curls out of her green eyes and jumped up from her chair. “I'm getting your packet.”

Brad tried to be cool about it, but I caught him checking her out as she went down to the desk. She did look hot in her sleeveless top and cut-off jeans with her flawless skin. She didn’t have to work out. She was in great shape from her waitressing job.

I, on the other hand, was not in great shape—as every part of my body attested. My muscles were still sore after putting in the garden last weekend. Hell, my bones were sore.

“Six thousand. That’s good, right?” Brad pushed his glasses up from sliding down his nose and ran his hand through his straight blond hair.

He was pretty hot himself, in a nerdy way. He was about six-three with strong cheekbones and bright blue eyes behind black-rimmed glasses. A classic. Always with the clean and pressed cotton shirts, complete with mechanical pencils in his pocket. He seemed more suited to computer science or architecture, not religious studies or—like last semester when we met him—Renaissance art.

I didn’t believe for one second Brad was that impressed by the money. You can tell someone with Broke Student Syndrome, and that definitely wasn’t Brad. I’d bet his bills were always paid on receipt. Now that I thought about it, his clothes were new and good quality, and I was pretty sure those sandals on his feet were Mephistos.

I remembered hearing that he worked at BlueMagick, the big tech company in Folsom. He was older than me and Lisa, in his late twenties. “You didn’t get a Blue Book back,” I said.

“Auditing. So you don’t even need the internship, for the units or the money.”

“Busted.” His face reddened. “Maybe I just wanted to spend time with someone I thought would be there.”

“Your secret is safe with me,” I said.

His crush was minorly tragic. In a Frankless world, Brad and Lisa would have made a cute couple. I was sorry he was alone, and lately I’d been regretting my lack-of-boyfriend situation, but Brad had a thing for my best friend. That automatically put him on my do-not-touch list.

Thinking about touching—more precisely, about not touching—made me cranky. It had been a while. Four months, to be exact, since I’d broken up with my last boyfriend. My relationships never lasted long.

I was suddenly aware of the air on my bare thighs and arms. “I could use it,” I said. “Desperately. The money, I mean. But I’ll have to think about it.”

Stacey would be eighteen next week. I could leave her alone now without fear of Child Protection Services, but I wanted to talk to her about it before committing to three weeks away.

Lisa came back with the packets and we headed out the door behind Jane Marks. End-of-semester relief washed over me. All my assignments were finished and there was another chunk of units in the achievement bag.

That’s how I kept my sanity: little accomplishments, one at a time.

Outside the lecture hall, an unfamiliar guy in a chair by the elevators sprang to his feet when he saw the professor’s TA. Jane looked irritated, but she didn’t object when he followed her.

With a wary expression, Brad watched them enter the elevator going up. I wasn’t worried about Jane. I couldn’t imagine anyone giving the six-foot-four, athletic woman any grief.

We walked out of the humanities building into the late spring sunshine. “I’m not taking the internship,” I said.

“What are you talking about, Nor?” Lisa said. “You need the money.”

“Stace’ll be fine. Look, I wasn’t going to say anything until her birthday, but my supervisor at Chang’s said she can start on the bus crew as soon as she’s eighteen.”

“She’ll be too exhausted to get into trouble, believe me,” Lisa said. “And Frank can stay at the house while you’re gone. We’ll both keep an eye on her.”

Lisa made good money at the restaurant. She’d offered to get me a job there. It would have been great, but I never wanted to leave Stacey alone at night.

“Where is the internship, anyway?” I asked Brad as we reached the grassy quad. “Unless it’s close enough to drive, I can’t go either.” I definitely couldn’t afford a plane ticket.

Foresthill.
The packet fell to the ground and my hands started shaking. It’s like they had lives of their own, separate from the rest of my body. Sweat beaded at my temples. The heat was suddenly so oppressive I couldn’t breathe.

“It’s an archeological site.” Brad looked at me quizzically. “They’re studying artifacts in the caves up there. Nora, are you all right?”

Foresthill.
The smell of wet dirt and pine needles invaded my brain, and the sky went dark. Someone screamed. I wanted to hit something. I wanted to kill somebody.