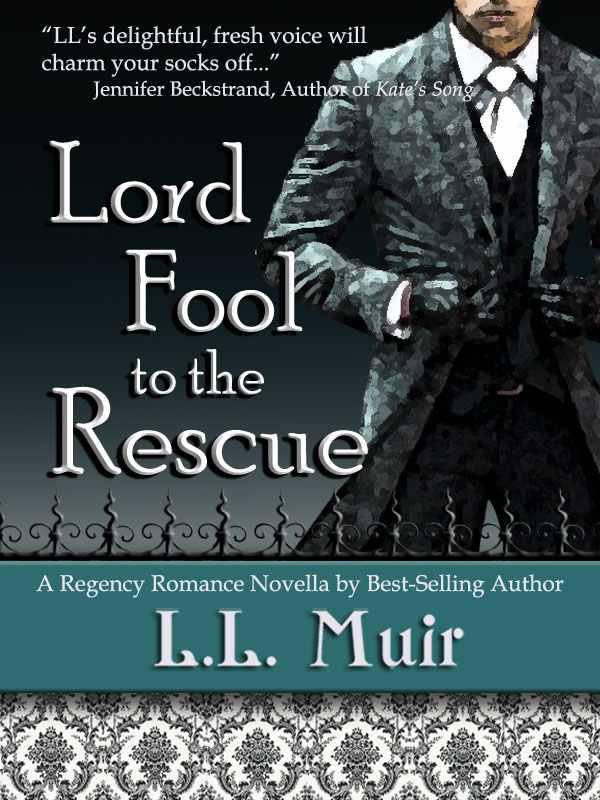 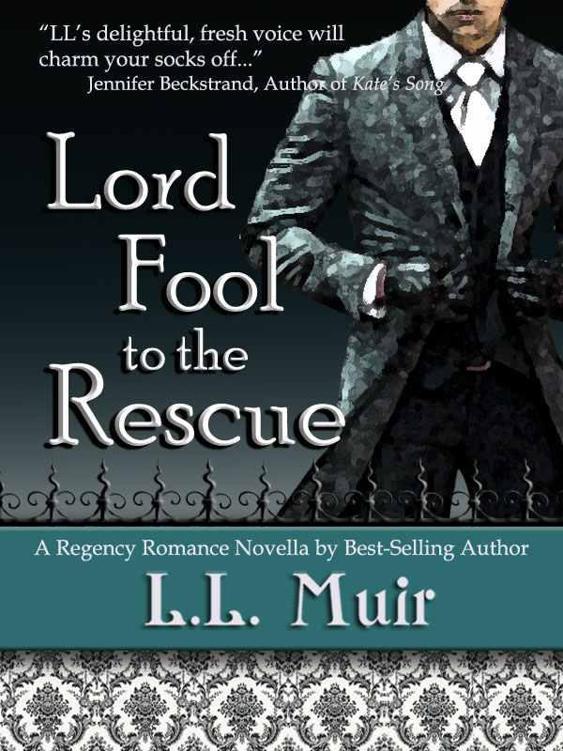 This ebook is licensed for your personal enjoyment only. This ebook may not be re-sold or given away to other people. If you would like to share this book with another person, please purchase an additional copy for each recipient. If you’re reading this book and did not purchase it, or it was not purchased for your use only, then please return to Amazon.com and purchase your own copy. The ebook contained herein constitutes a copyrighted work and may not be reproduced, transmitted, down-loaded, or stored in or introduced into an information storage and retrieval system in any form or by any means, whether electronic or mechanical, now known or hereinafter invented, without the express written permission of the copyright owner,
except in the case of brief quotation embodied in critical articles and reviews.
Thank you for respecting the hard work of this author.

This ebook is a work of fiction. The names, characters, places, and incidents are products of the writer’s imagination or have been used fictitiously and are not to be construed as real. Any resemblance to persons, living or dead, actual events, locales or organizations is entirely coincidental.

About the Book: Lord Fool to the Rescue

Sneak Peek of The Scarlet Plumiere Series, Book One
,
Blood for Ink

Excerpt of
Somewhere Over the Freaking Rainbow
,

Excerpt of Going Back for Romeo,

She has an excellent escape planned…

Lady Tempest MacIntyre has been offered, by her stepfather, as an item up for auction! But she has an excellent escape planned…if she can keep from tripping over the good intentions of the Duke of Stromburg, sometimes referred to as
Lord Fool
.

Lord Fool to the Rescue
has at least one hero, a heroine, and an assortment of characters who may or may not be villains. The fun is in the discovery.

Wish you were here…

Dear Heavens, he’d abandoned his horse and was coming up behind her. Though she dared not turn to verify it, Tempest could almost feel each step he took. Why approach her, if not to point out her error in walking about the park unaccompanied?

She willed her face not to burst into flame.

“Miss? I beg your pardon, but I believe you dropped this.”

She couldn’t very well ignore him, could she? It was not as if anyone else might have spoken, her dastardly stepfather having left her—abandoned
her
—to walk about the fountain alone.

Determining to hide her mortification, she affixed a polite smile on her face and turned to find the handsome horseman she’d been discreetly admiring, holding out a decidedly masculine handkerchief. The gentleman’s smile was a mirror of her own, but he appeared intent upon holding his brows unnaturally high on his forehead.

Over his shoulder, she could see his missing mount tethered on the far side of the cobbled walkway.

She realized, in the wicked recesses of her soul, that she should savor such a handsome man’s attention since her unaccompanied state would preclude her from ever again showing her face in public, let alone the social circles of this gentleman. He was the tallest creature to whom she’d ever stood near, and his athletic form was in no way ambiguous beneath the cut of his clothes. However, she did not care to be made to look the fool.

She raised her brows to mimic his own and reached for the proffered cloth. Her hand paused, hovered.

“Of course, Mister….Hercules, is it? I often carry about a man’s handkerchief and drop it in hopes of some gallant begging my acquaintance.” Instead of taking the token, she folded her hands and tilted her head. The sound of her own voice made her bolder still. She was fully prepared to laugh aloud in his wake, but he took a quick step toward her.

Perhaps she’d chosen the wrong man with whom to meddle. But then again, they were in a public place. Surely he would not harm her.

“Lady…Aphrodite, is it? Take the kerchief. I assure you, the entire morning’s population watches you at this very moment.” He held her attention as if in an iron fist. “Good girl, don’t look away.” He’d dropped his voice along with his formality.

She laughed at his soothing tone. She couldn’t help it, and damned if she was able to take her gaze from his.

“I suspect you are surprisingly successful at training dogs, sir.”

And for the first time, his smile seemed true, but was quickly transformed back into the same polite smile he’d started with.

“I fear I am not here to flirt with you, my lady. I am simply compelled to warn you of your guardian’s intentions to dishonor you. Take the kerchief. And quickly.”

With the help of his fingers, the small white flag jumped closer. All she had to do was to reach out and take it. Again, she felt like she was being trained, rewarded for doing what she was told. More likely she was walking straight into a trap. And what a lovely blue-eyed trap.

She took the handkerchief and felt it slide through his fingers.

“I am sorry to inform you, sir, that the morning population has already witnessed my dishonor at my stepfather’s hands. He hurried away to speak with an important acquaintance, supposedly near the Wellington Arch, and sent me to walk about the fountain unescorted. I assure you, I do not need your warning. I am fully aware of my own embarrassment.”

Little did her guardian suspect this would be his last chance he’d ever have to humiliate her. She had been formulating plans to escape the man long before that morning unraveled.

The gentleman stepped even closer and she was forced to retreat a bit to avoid tipping her head back to see his face. Dear heavens!

“My lady, do you notice the unusually high traffic near the fountain today? Especially the number of
men
gravitating in this direction?”

She took a deep breath and refused to look about her. Of course she had noticed. She’d merely credited it to her imagination.

The stranger blushed and cleared his throat, both actions seemingly unnatural to him, and she suddenly felt her stomach plummet to her knees. What could her stepfather have done to her now?

Her stepfather, Baron Ledford, had been suspiciously kind to her all morning, but the memory of it had quickly vanished when he’d abandoned her, his lack of concern for her reputation as expected as the sunrise. Today’s insult had been the first she’d born in public, however. She should have known better than to accept a new dress and an invitation to stroll in the park from the man she knew to be the devil incarnate. But her freedom was so close that taking the new yellow gown to start a new happier life had been a temptation she could not resist. She should have refused when accepting the dress also meant accepting his invitation for an outing. Ledford never sought her out without a motive.

“My lady,” the horseman demanded her attention again but could not seem to clear his throat.

She took pity. “I assure you, sir, that whatever my stepfather has done, it will come as no surprise to me.”

He looked doubtful, so doubtful in fact she worried that this time, it might not be the case.

“What is it?” She couldn’t help but grab the horseman’s forearm for balance. He was so near to hand, and there was nothing else to support her if the news was as grave as this man’s behavior suggested.

“You are being auctioned off,” he growled. “Even as we speak.” He put one hand over hers and held tight. “Don’t look around, honey. Few of these men would do something as dishonorable as to bid for you, but are here out of curiosity. Don’t embarrass them by noting their foolish attendance.”

“Auctioned off?” She should pull her hand away, but couldn’t until she knew the whole of it. “I don’t suppose they are bidding for a wife, are they?” How she wished she could keep the hope out of her voice, but marrying anyone would get her away from her monstrous guardian. Finding a husband, however, would necessitate leaving one’s home on occasion and she hadn’t so much as soiled a slipper since being brought to London.

None but she was near enough to note the subtle shake of the horseman’s head.

“A mistress? He thinks I would agree to become some man’s mistress?” She kept her voice down as the pedestrian crowd began pushing into her awareness. Perhaps they believed this man was about to check her teeth and wished to hear his assessment. Perhaps glancing their way might push a well-dressed mob past restraint.

What a relief that she would not be around long enough to be used so by the man her mother had been unfortunate enough to marry two years before. Now Tempest
was the unfortunate one to be left in his care after her mother’s luck had changed. The woman had died of a fever six months after the wedding. Would to God her stepfather would have caught the same illness, but he’d run to London to prevent just that.

The horseman’s hand tightened over her own, and he looked to her toes before giving his head a single imperceptible shake.

She laughed and pulled her hand away.

“Forgive me for embarrassing you, sir. You quite had my imagination running rough shod over us both. If I am not to be auctioned off as a wife or mistress, pray tell what might men bid for? My slippers? My mother’s ring?”

As soon as she’d finished, she wished the question back. Off to the side, his horse shook its head as if warning her she wouldn’t want to hear the answer.

The rider held his painful smile while brushing at the shoulder of his elegant coat. “Pray take a wider turn about the fountain with me, my lady. The water seems to be splashing a bit far a-field today,” he said boisterously. He held out an elbow then whispered, “Take it,” through clenched teeth.