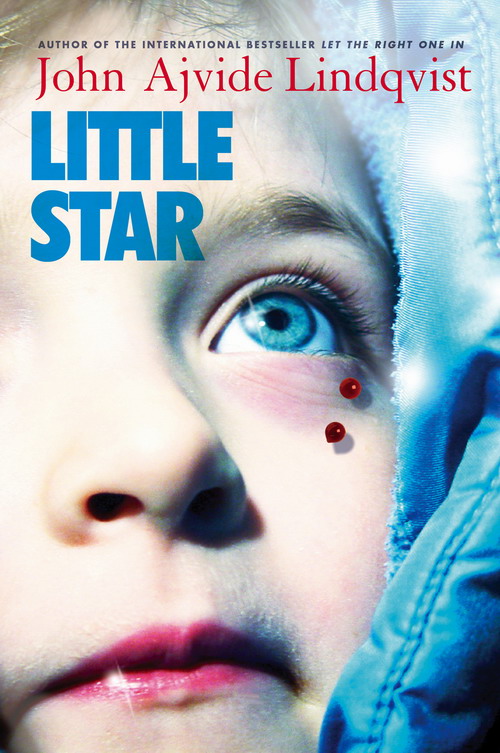 ‘Conjures a setting that chills the blood. Yet
Harbour
is also a love story—several different types of love, each moving in its own way. Intelligent writing, poetic imagery, a deft turn of phrase, this is no slice and dice shocker (except for the chainsaw duel).’

‘Effectively mixes the societal tensions found in Scandinavian crime with the supernatural horror of Stephen King.’

‘A magician of genre fiction…Lindqvist again trips along that thin high wire between supernatural devices and psychological verités…Between monsters outside and demons within, Lindqvist covers the haunted waterfront.’
Independent

PRAISE FOR
HANDLING THE UNDEAD

‘I would have said his strengths were more cinematic than literary—until I read this. Haunting.’
Weekend Herald NZ

‘Unsettling and shocking.’
Who Weekly

‘In the end it is its compassion, not just for the dead but for the wounded living, that lends Lindqvist’s haunting postmodern fairytale its power.’ James Bradley,
Australian

‘Horror is the genre du jour and…Lindqvist is one of the best practitioners around.’
Sunday Telegraph

‘So clever that perhaps it could be the one horror novel not to be missed this year…Lindqvist isn’t afraid to touch nerves and violate taboos.’
Courier-Mail

‘You’ll be leaving the bedside light on after reading this.’

‘Lindqvist’s dark star continues to rise with
Handling the Undead,
a subversion of the zombie genre whose strange glow is proving similarly mesmeric.’
Listener NZ

PRAISE FOR
LET THE RIGHT ONE IN

‘A genuinely gripping read. If you read only one gore-filled, vampire love story complete with rich, dark humour and strong cinematic possibilities this year, make sure it’s

Let the Right One In.’ Age

‘Brilliant and unexpected…not simply shock and gore, but an offbeat exploration of fear and the meaning of violence.’

‘Like all good vampire books, you want to gulp it down in one go.’
Bulletin

‘Reminiscent of Stephen King at his best.’
Independent on Sunday

‘A terrifying supernatural story yet also a moving account of friendship and salvation.’
Guardian

‘An unsettling and durable horror tale from the mind of a dangerously imaginative man.’
Herald Sun

‘This was a bestseller in Sweden and could be equally big here. Don’t miss it.’
The Times

‘An energetic, noisy, highly imaginative novel that blends the most extreme kind of vampirish schlock-horror with a complicated love story, a profoundly gory sequence of murders and some rather good domestic realism about life in 1980s Stockholm.’

‘A compelling horror story, but it’s also a finely calibrated tale about the pain of growing up.’
Sunday Telegraph

‘Lindqvist has reinvented the vampire novel and made it all the more chilling…Immensely readable and highly disturbing.’

Let the Right One in
Handling the Undead
Harbour

JOHN AJVIDE LINDQVIST lives in Sweden and has worked as a conjurer and stand-up comedian. His first novel,
Let the Right One In,
was published in eleven countries and adapted into two feature films: one by Swedish director Tomas Alfredson, and an English-language version,
Let Me In.

MARLAINE DELARGY is based in the UK. She has translated novels by Swedish writers including Åsa Larsson, Ninni Holmqvist and Johan Theorin—with whom she won the CWA International Dagger 2010 for
The Darkest Room.

TRANSLATED FROM THE SWEDISH
BY MARLAINE DELARGY

All rights reserved. Without limiting the rights under copyright above, no part of this publication shall be reproduced, stored in or introduced into a retrieval system, or transmitted in any form or by any means (electronic, mechanical, photocopying, recording or otherwise), without the prior permission of both the copyright owner and the publisher of this book.

Printed in Australia by Griffin Press, an Accredited ISO AS/

Everyone is actually called something else

THE GIRL WITH GOLDEN HAIR

The girl was lying on

The range of baby products

When Laila came out of

The coffee was finished

The room in the cellar

For the first few days

Lennart was very busy that

It was a mild winter,

Lennart was in the car

Jerry was named after Jerry

In the spring the year

His parents hadn’t said a

The gig wasn’t quite the

Lennart turned down the handful

Laila knew there had to

Towards the end of October

Jerry didn’t get around to

What had happened? What kind

When Jerry hadn’t been in

It was a kind of

After that, Jerry’s visits became

When the girl was about

One morning in the middle

In some ways Jerry was

She was born on November

By the time Teresa turned

Since Teresa had been born

In the October of Teresa’s

The Svensson family lived in

A few weeks later they

Over the winter they met

In the autumn when Teresa

The summer between years 5

The day before she was

In February a For Sale

Johannes moved house in the

Normally the members of the

During the winter and the

It must have happened during

THE GIRL WITH GOLDEN HAIR

When Jerry looked back on

During the next few weeks

After a couple of days

A couple of days after

Perhaps it had something to

You can plan for things,

The experience with Tora Larsson’s

Teresa had the weekend to

The
Idol
adventure had been

At the beginning of November,

As soon as Max Hansen

There was something not right

Teresa thought she was in

When Jerry got back to

Teresa didn’t know how much

The wound in Max Hansen’s

The following weekend they recorded

If a journey of a

Christmas didn’t turn out the

Teresa was taken into care

What does it take to

The images did not fade

Somewhere there has to be

On Sunday afternoon, when Teresa

That night Teresa dreamed about

‘Theres? When you dream—what do

Max Hansen was on a

Over the next few weeks

The album that was released

Insofar as it is possible

Just about a week after

Everyone is actually called something

Things had changed for the

While Ronja was in Stockholm,

Many spent the night crying

Teresa woke up in her

Just being with Theres on

A person can think murderous

Mother says I was a

I’ve been so lucky

Solliden, Skansen. June 26, 2007. Ten minutes to eight. The presenter is warming up the audience with a sing-along version of ‘I’m Gonna Be a Country Girl Again’. When the song ends a technician asks if all parents could please lift their children down off their shoulders so they won’t be hit by the camera cranes.

The sun is directly behind the stage, dazzling the audience. The sky is deep blue. The young people crowding the barriers are asked to move back slightly to avoid a crush. Sweden’s biggest music show will be on air in five minutes, and no one must be allowed to come to harm.

There must be these oases of pleasure, where everyday cares are set aside for a while. Nothing bad can happen here, and every possible security measure has been taken to keep this place of enjoyment safe.

Screams of pain, of terror, are unthinkable; there must not be blood on the ground or covering the seats when the broadcast is over. There must not be a corpse lying on the stage, with many more on the ground below. Chaos cannot be permitted here. There are too many people. The atmosphere must be calm and pleasant.