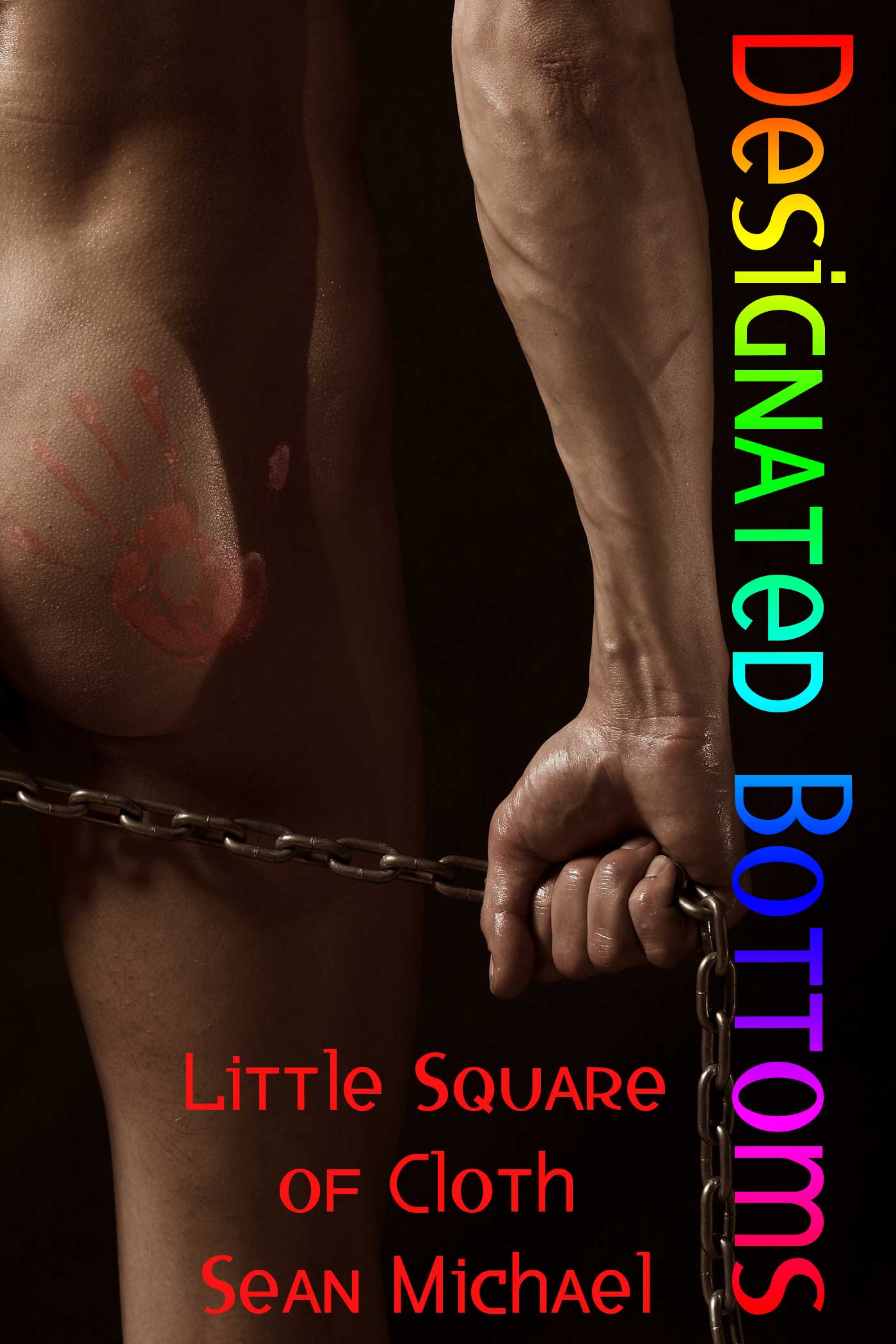 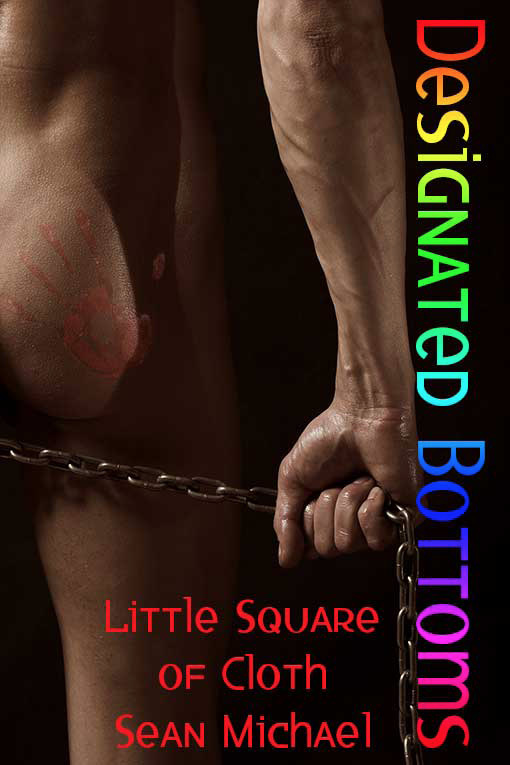 This is a work of fiction. Names, characters, places, and incidents either are the product of the author’s imagination or are used fictitiously. Any resemblance to actual events, locales, organizations, or persons, living or dead, is entirely coincidental and beyond the intent of either the author or the publisher.

All rights reserved, which includes the right to reproduce this book or portions thereof in any form whatsoever except as provided by the U.S. Copyright Law. For information address Torquere Press. Inc., 1380 Rio Rancho Blvd #1319, Rio Rancho, NM 87124

Printed in the USA

“Are you sure?” Peter looked at Girard, knowing he was wide-eyed, that he had to look worried. “It’s crowded in there.”

“Totally. It’s going to be great, honey.” Girard patted his ass and gave him a grin. “You have to come out of the closet sometime, huh?”

“Says who?” He could be closeted. He totally could. Completely.

Christ, it figured that Girard would ‘borrow’ his computer while he was in the shower and discover that he was, uh, indiscreet in chat rooms.

“You really want to be a virgin who only knows his own hand forever?” Girard rolled his eyes. “No, honey, you don’t.”

Girard shoved him into the Whip and Whistle bar. “I’ll pay your cover! Have fun, kiddo!”

Oh, God. Peter kept his head down, headed right for the bar. One drink. He’d have one drink, and then he could grab a cab home.

The bartender hadn’t even come to get his order when a very large, not very dressed man leaned against the bar next to him. “Well, hello there.”

The man was cut off by another. “Back off, Drake, I saw him first.” The new man was on his other side, not as big as the first, but with a far more predatory smile.

Both men laughed, and Peter wasn’t sure it was a nice sound.

Two hands landed on his ass – and not both from the same guy.

“He’s trying to play hard to get.”

Peter shook his head emphatically. “No. No, I just want a beer. My friend’s here.”

There was more laughter, the hands on his ass squeezing. Man, they weren’t getting the message, and he was being pretty direct. Like really. He should just go.

“There you are, boy.” Now that was a low, growly voice, and it definitely didn’t belong to either of the guys hitting on him. A hand landed on his shoulder, firm and warm. “I thought I told you to wait at my table.”

Peter turned, finding a stud of a man with these dark grey eyes that almost didn’t look real and the thickest eyelashes he’d ever seen on a dude. Dark hair framed a square face with good-looking features.

The two guys who’d been hitting on him backed off immediately, giving him several feet of breathing room on either side.

“I’ll let it go. This time.” The new guy winked at Peter, and not in a nasty way, either, then nodded toward the back of the bar. “Come on, boy.”

“Yes, Sir.” He knew that was the appropriate response. Now all he needed was enough room to run -- that was it.

A hand landed on the small of his back, guiding him toward a booth near the back. So much for running.

“You looked like you could use a rescue,” the guy murmured as soon as they were out of earshot of the bar.

Oh. Oh, cool. “Yeah. Sorry. My friend brought me and dumped me here. Thanks for the save.”

“Honestly?” The guy shot him a look. “So you don’t even know about the hankie?”

The guy reached behind Peter, into his back right pocket. He could feel something sliding, and then a black hankie was handed to him.

“Oh.” Oh, God. He’d sort of read about this,kinda. He was more into reading about stuff where people were already together, already into it. “That’s not mine.”

“That’s why you were pounced the minute you sidled up to the bar, boy. Means you’re a heavy duty bottom, ready for anything.”

“Pretty damn irresponsible, actually.” The guy nodded at the booth they’d stopped in front of. “Have a seat, and I’ll buy you a beer. That should convince people that you’re actually not available.”

“I’m sorry.” He wanted to sink into the floor.

The guy chuckled. “Looks like this Girard thought you needed to be shaken up. Are you even a bottom?”

“I-- It was a bad idea. He saw the websites I was visiting and thought I should meet ‘a real person’. I... I’m obviously out of my league, like whoa.” Like super whoa, if he was honest.

One hand slid over his own, squeezed. “You’re fine. If you’d worn a white hankie, it would have meant you were a virgin, and people would have been more... seductive. Wooing.”

Peter had never been so mortified. Never. Not even when his mom had had the ‘if you have wet dreams, wash your sheets’ talk.

A hand was held out to him. “I’m Rupert. You can call me Master Rue or Sir.”

“Peter. Peter Malone.” He wiped his wet palm on his jeans and shook. “I’m really sorry about this whole thing.” He felt like such an idiot. No, like a stupid loser.

“I’m not.” Rupert gave him a warm smile. “I’m pleased to meet you. Honestly.”

“Thank you.” That actually made him feel slightly less loser-ish. “You’re being super nice to the biggest dork on the planet.”

“Maybe big dorks are my thing.”

Rupert looked away long enough to signal toward the bar. “So you’re interested in the lifestyle, but weren’t ready to be thrust into it unprepared?”

“And what are you looking for, dear boy?”

“So you’re coming out of the regular and the kinky closet all in one night? No wonder you look freaked out.”

“That’s right.” Their beers came, and Rupert handed over a couple bills before turning his attention back to Peter. “So, Peter, even if it wasn’t what you intended, I’m glad you’re here.”

“I... Thank you. I’m glad you helped me.” Really glad, in fact. He’d probably been in even more trouble than he’d thought back at the bar.

“I have to admit, I was intrigued by why you were wearing the hankie.”

“He must have put it in when he patted my butt. I thought he was being nice.” He was going to kill Girard.

“Maybe he thought he was being nice, too?” Rupert took his hand.

Peter’s fingers curled, the little zing in the touch making his skin tingle.

“And maybe you’ll let me take you home. I’d hate for you to have come out of the closet today for nothing.”

“Why don’t you think about it while we have our beer?” Rupert suggested.

“I can do that.” He totally could.

“Excellent. So tell me a little bit about yourself, Peter.”

“No shit? That’s cool. I’m a photographer and do a lot of digital special effects with the pictures I take.”

“Oh. Oh, really? You do art stuff or portraits?” Peter leaned forward, one leg curling under him.

How cool was that? “Wow. I love photography. I shoot backgrounds and stuff, even sold some stuff on the stock sites.”

“Looks like we have some interests in common,” noted Rupert. “More than just in the bedroom.”

“Just stroke off material?” Rupert smiled and shook his head. “No, it’s very real. And you’re a bottom. Your friend at least got that right.”

“I-- It turns me on, the stuff online.” It made him hard. Mind you, not as hard as Rupert made him.

“It turns me on, too. I loved it when you called me ‘Sir’ earlier, even though I know it was just for show in front of the Doms I was rescuing you from.”

Peter looked over and licked his lips, his cock hard as a rock. Rupert’s hand landed on his thigh, warm, solid, feeling fucking huge.

“Sir.” Heat soaked through his leg from Rupert’s hand.

“Mmm.” Oh, the word was a low growl that settled right in Peter’s balls.

What was he doing? Christ, he needed.

“I can smell you,” murmured Rupert, hand moving up his thigh toward his cock.

“Oh, baby, that wasn’t a complaint. Just the opposite.” Rupert’s hand reached the very firm bulge in his jeans, long fingers stroking him through the material.

His eyes went wide, and he cried out. “Oh, please. I’ll embarrass myself.”

Rupert’s hand stilled. “There are back rooms where we could... relieve the pressure.”

“Back rooms?” Those were real, too? Peter was going to short right out.

“Yes...yes, Sir.” This was probably a terrible idea, but he was so tempted.

Standing, Rupert shielded him from the rest of the bar and held out a hand to him. He took it and followed Rupert, but it was hard to walk; his cock was full and aching. Rupert kept him moving, though, and they went through a door a few booths down from where they were. It was quieter back here, a long corridor with several doors.

“I... I always expect bars to be dirty in the back.” Not just kinky bars, but all bars, really.

“Some of them might be. This one isn’t.” Opening one of the doors, Rupert checked first, then drew him in.

It wasn’t terrifying. It was a simple room. Just a room. The light was low, and Rupert turned it even lower, moving them to the wide couch sitting against one of the side walls. There wasn’t much other furniture in the place. A bench, a table, the couch they were standing beside.

It was intimate, quiet, and Peter stared at Rupert. The man was muscled, broad shouldered, wearing a tight t-shirt and leather pants. A wet dream made flesh.

Standing there, Rupert stroked his right cheek. “Tell me, Peter, have you ever been kissed?”

This was so embarrassing. “My prom date in high school. It didn’t go well.”

“Yeah. I’m not the bravest guy.” He’d fantasized about kissing a man forever, but he wasn’t sure he wasn’t going to simply expire.

Their lips met, and Peter whimpered and creamed his jeans like a teenager.

Groaning, Rupert slid his tongue across Peter’s lips, the kiss continuing. Peter couldn’t decide whether to run or press close, so he went with staying as still as he could.

“Beautiful boy,” murmured Rupert, before rubbing their lips together again.

“I’m taking it as a huge compliment.” Rupert smiled widely. “Now if we can get you back up again so you can come from my touch this time...”

Peter didn’t think it was going to be a problem.

Stroking his cheek once more, Rupert drew the black kerchief out of his own pocket. “This is going to come in handy after, all, isn’t it?”

Rupert shook his head. “No, I’ll do the honors.”

Then Rupert’s fingers were at his waist, tugging open the button of his jeans. The urge to panic was huge, but the bigger urge was to suck in, let Rupert in. Gaze holding his, Rupert undid his zipper.

Peter’s cock was still hard, pushing out toward that huge hand like he was the biggest slut ever.

“Mmm. That’s a lovely cock, boy.” Rupert wrapped one hand around his cock. Touching him. That amazing hand was on his prick.

“Th...thank you, Sir.” Peter stared, his brain trying to understand what he was seeing, what he was feeling.

The Kilternan Legacy by Anne McCaffrey
Hi-Tech Hijack by Dov Nardimon
Pieces of Camden (Hole-Hearted #1) by Yessi Smith
Bare by Morgan Black
Born of the Sun by Joan Wolf
Undying Mercenaries 2: Dust World by B. V. Larson
The Curse of the Wendigo by Rick Yancey
They Don't Dance Much: A Novel by James Ross
Pavel & I by Dan Vyleta
Summer Dreaming (Hot in the Hamptons Book 1) by Liz Matis