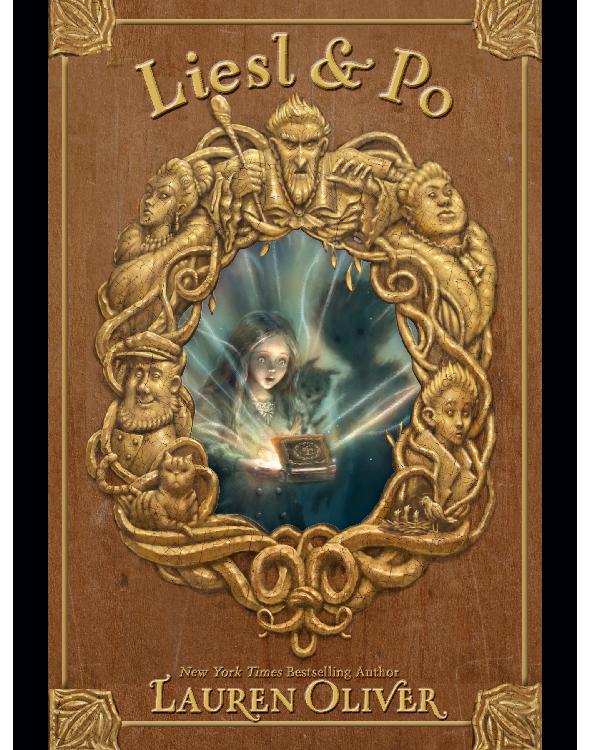 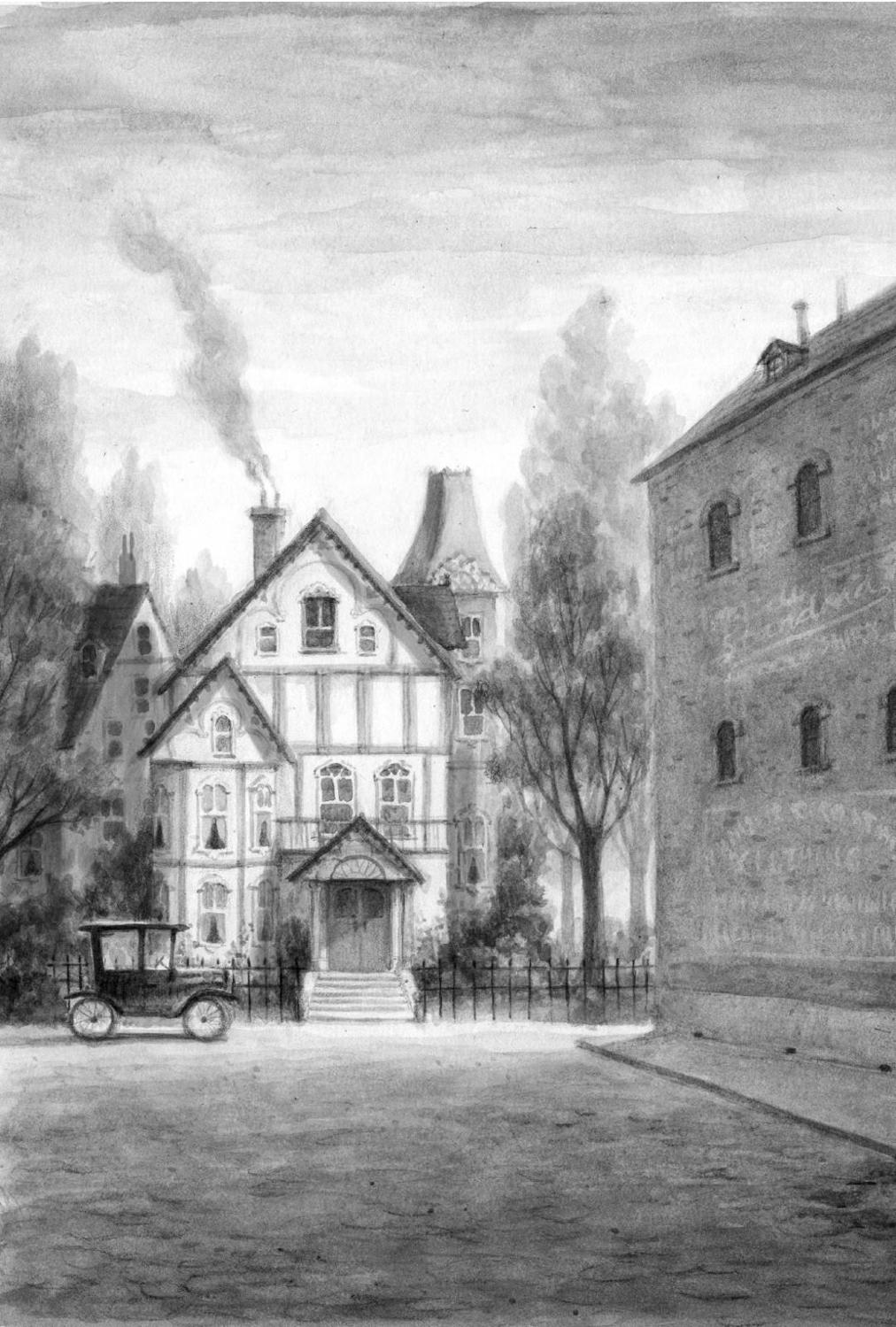 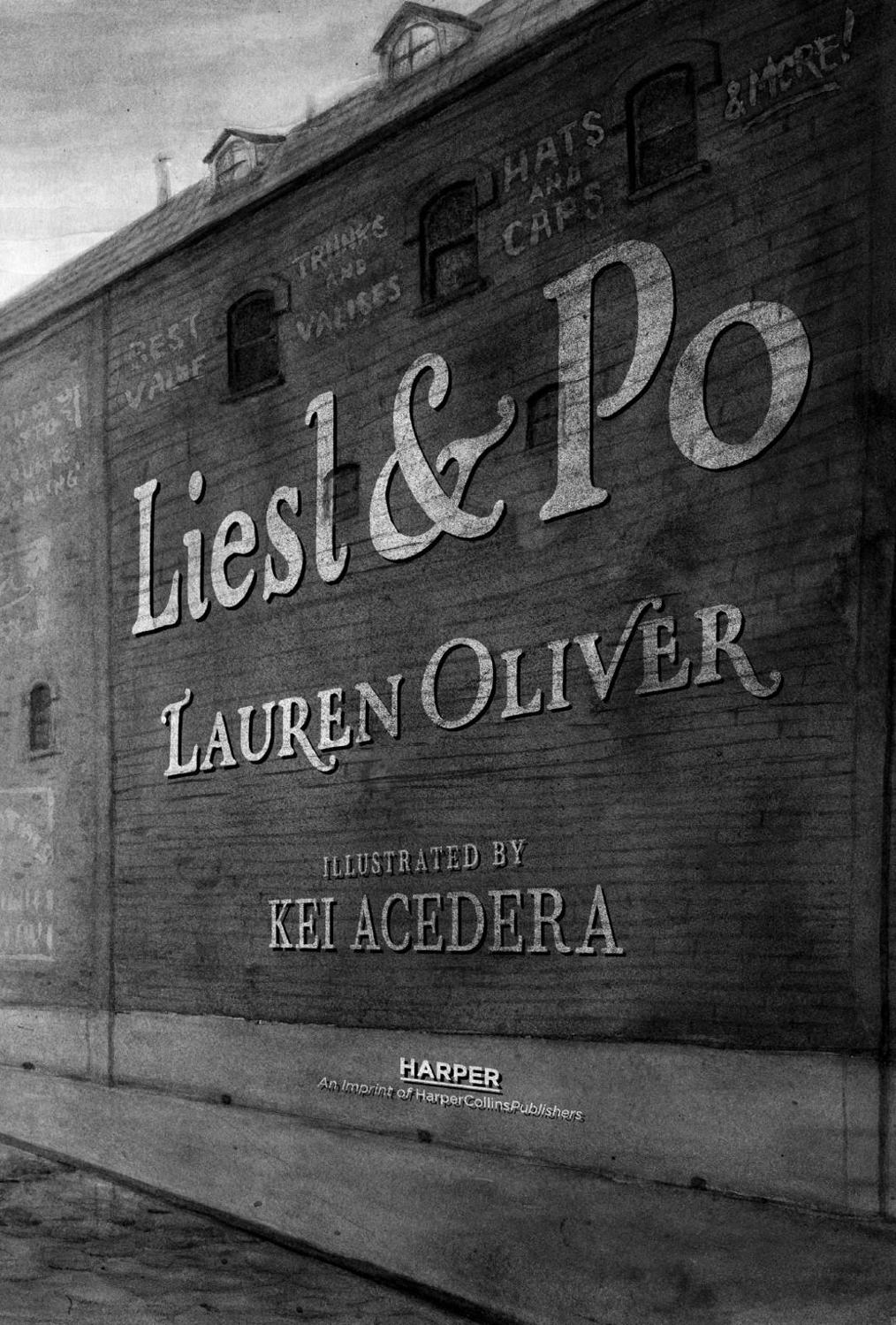 To Ana and Jack,
and to their children,
Jack, Walter, Lucia, and Freddie—
Inspiration, too,
grows from even the hardest places.

About the Author and Artist 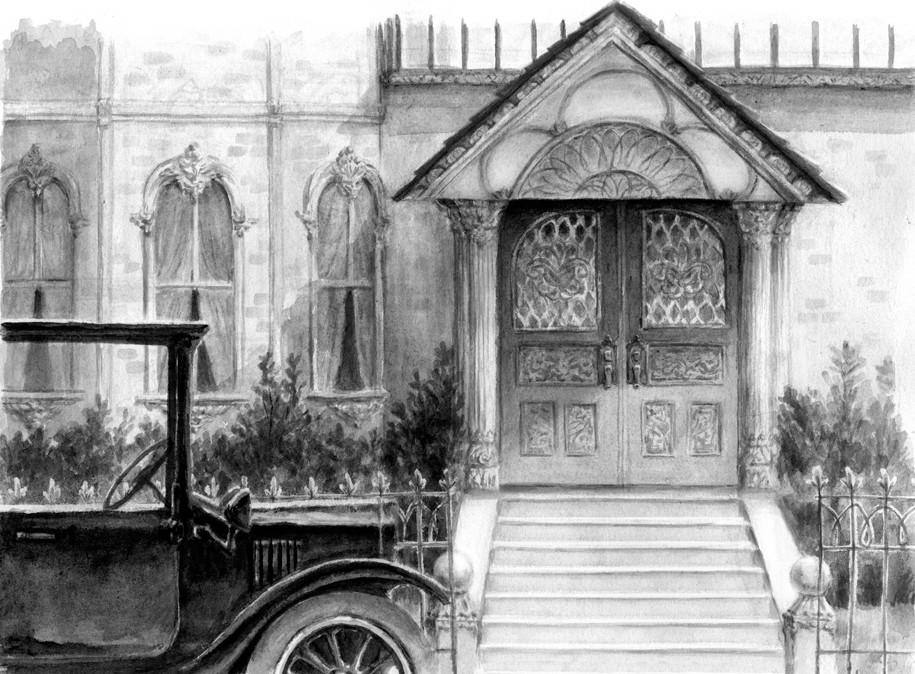 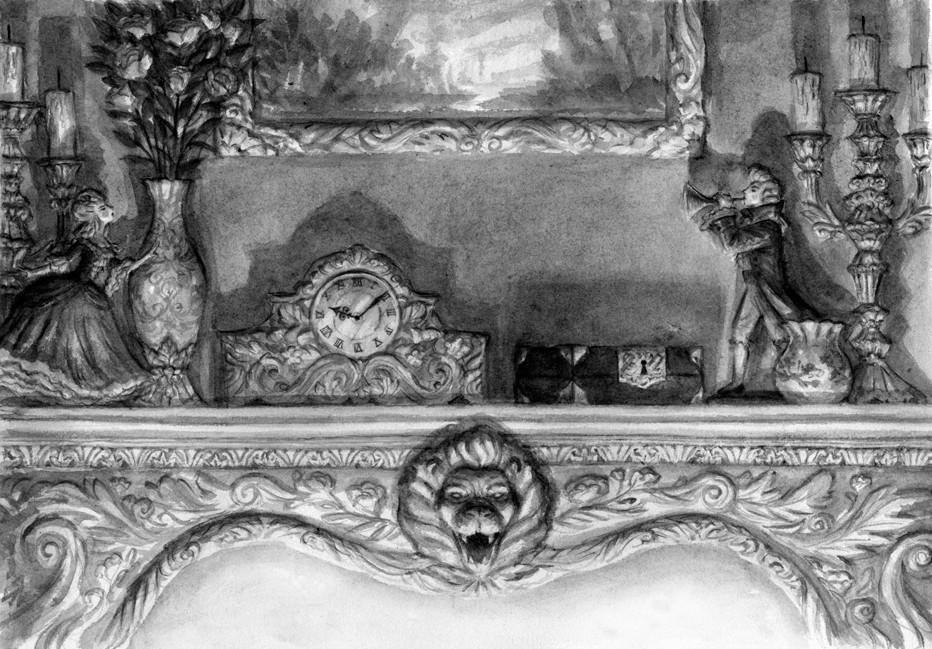 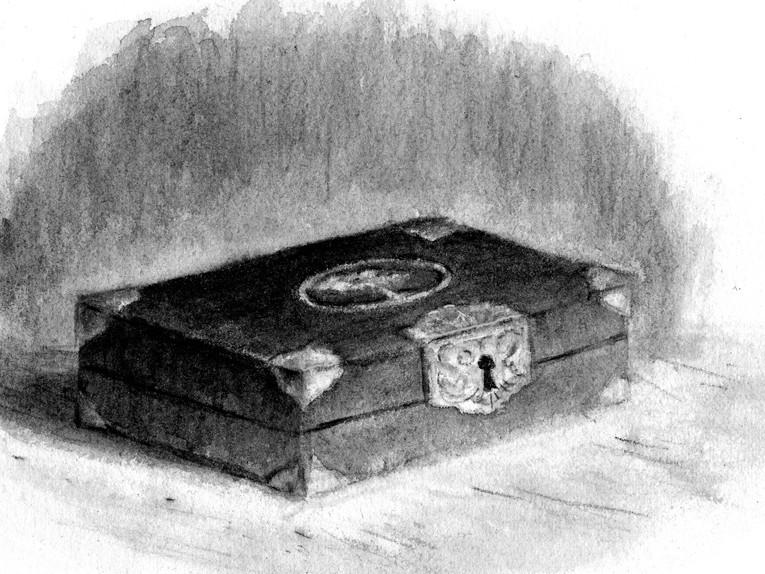 ON THE THIRD NIGHT AFTER THE DAY HER FATHER DIED, LIESL SAW THE GHOST.

She was lying in bed in the uniform gray darkness of her small attic room when in one corner the shadows seemed to crimp, or flex, and suddenly standing next to her wobbly desk and three-legged chair was a person about her height. It was as though the darkness was a sheet of raw cookie dough and someone had just taken a cookie cutter and made a child-sized shape out of it.

“What are you?” she whispered into the darkness, even though she knew it was a ghost. Normal people do not appear out of darkness, nor seem to be made of liquid shadow. Besides, she had read about ghosts. She read a lot in her little attic room. There was not much else to do.

“Where did you come from?” Liesl asked.

“From the Other Side,” the ghost said, as though it were obvious, as though he were saying “from downstairs,” or “from Oak Street,” or some other place she knew.

“Are you a girl or a boy?” Liesl was wearing the same thin nightshirt she had been wearing since Tuesday, when her father died, and it occurred to her that if the ghost was a boy, she should cover up.

“Neither,” the ghost replied.

Liesl was startled. “You have to be one or the other.”

“I don’t have to be anything,” the ghost replied, sounding irritated. “I am what I am and that’s all. Things are different on the Other Side, you know. Things are . . . blurrier.”

Po stared at Liesl for a while. At least, she thought the ghost stared at her. It didn’t really have eyes, exactly. Just two folds of even deeper darkness where its eyes might be.

“I don’t remember,” it said finally.

“Oh,” Liesl said. Next to Po, an even smaller portion of darkness seemed to crimp and flex, and then there was a noise in the corner, a cross between the meow of a cat and the yip of a small dog. “And what’s
that
?” Liesl asked.

Po looked toward the place where its feet had once been. “That’s Bundle.”

Liesl sat forward. She had never had any kind of pet, not even when her father was alive and well, which was ages and ages ago, before he met Augusta, Liesl’s stepmother. “Is it yours?”

“Nothing belongs to anyone on the Other Side,” Po said. Liesl thought the ghost sounded superior. Then Po added, “But Bundle comes with me wherever I go.”

“Is it a dog or a cat?” The little ghost-pet was now making a kind of purring noise in the back of its throat. It slid silently across the room and stared up at Liesl. She could just make out a shaggy head of untrimmed shadow, and two pointed bits of darkness that could have been ears, and two stripes of pale silver moonlight that looked like eyes.

“Things are blurry, I know,” Liesl cut in. She was quiet for a moment, and then seemed struck by an idea. “Are you here to haunt me?”

“Of course not,” Po said. “Don’t be stupid. We have better things to do with our time.” Po hated the impression that living people had of ghosts. It hated their idea that ghosts could find nothing better to do than hang around in basements and abandoned warehouses, jumping out at people.

Zombie Sharks with Metal Teeth by Stephen Graham Jones
The Dragon's Eye by Dugald A. Steer
Up To No Good: Book 4 Georgie B. Goode Gypsy Caravan Cozy Mystery by Marg McAlister
Take It Off by L. A. Witt
From the Cutting Room of Barney Kettle by Kate de Goldi
The Hawk and the Dove by Virginia Henley
Nash by Jay Crownover
Vanished by Callie Colors
This Cold Country by Annabel Davis-Goff
Love of a Marine (The Wounded Warriors Series Book 2) by Patty Campbell