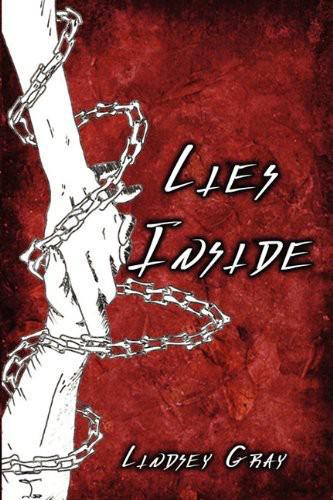 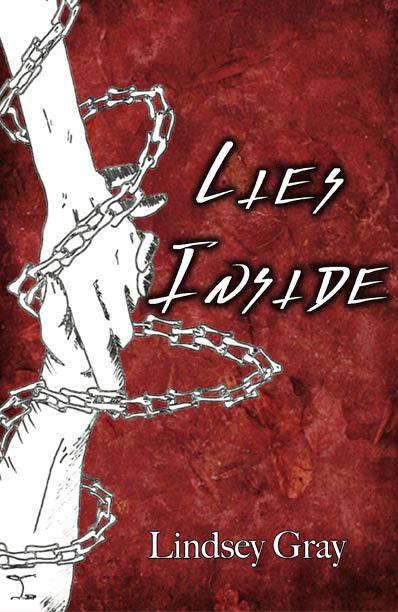 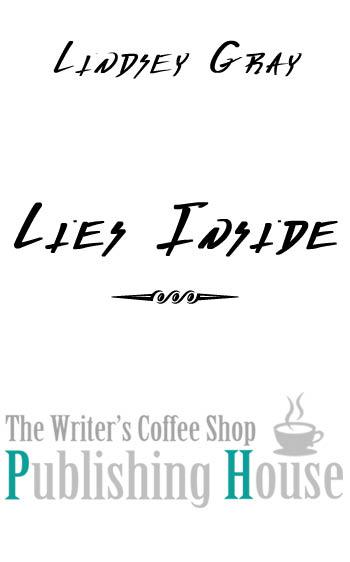 This work is copyright. Apart from any use as permitted under the Copyright Act 1968, no part maybe reproduced, copied, scanned, stored in a retrieval system, recorded or transmitted, in any form or by any means, without the prior written permission of the publisher.

This book is a work of fiction. Names, characters, places and incidents are either a product of the author’s imagination or are used fictitiously. Any resemblance to actual people living or dead, events or locales is entirely coincidental.

A CIP catalogue record for this book is available from the US Congress Library.

Lindsey Gray was born with a fascination for the written word. By the time she was 12 years old, she had typed several short stories on her parents’ Apple IIE computer. Like many young writers, her early aspirations were eclipsed by every day life. The itch to write has always lingered and over the last few years her desire to create has grown to the point it can no longer be denied. She returned to her, now up-to-date, computer and the words flowed in to what has become her first published novel, Lies Inside.

A mid-west native, Lindsey lives, loves, learns, and writes in Kansas with her husband and two amazing children. When she has a moment or two, Lindsey also enjoys cheering on the Green Bay Packers, reading, and spending time with her friends and family.

My level of thanks to the man whom I chose to spend my life with is immeasurable. Since our first date, my husband has been by my side supporting me and my desire to write. His encouragement and love has helped me become the person I am today.

This story would have not taken several of the turns it has if not for the legal expertise from the brilliant mind of Amy. Her advice combined with my original idea brought forth a new spark to the story creating something even more amazing than I had hoped for.

My life took an amazing turn when Mandy came into it. She took a chance on me and this story when others had shied away. I thank her for her faith in me and her astounding friendship.

My editor, Janine, has made me a better writer, period. She pushed me where I needed to be pushed and lead me to a better understand of what I was capable of creating.

Last, but by no means least, the readers. Without you, this story would just sit on my computer until the end of time. Thank you for taking the time to take this ride along with me and seeing my characters as the complex, flawed beings they are.

Finn O’Malley’s life revolved around two things; his ability to play several instruments like a seasoned professional and his best friend Lucy Butler. At twelve, the lanky adolescent had to make the hardest decision of his life. Which one of them was more important?

His music was his future, his career; he knew that. His parents wanted to help him secure that future by enrolling him at Two Roads School of Music, an elite music academy. The problem he faced was it was on the other side of the country, thousands of miles away from Lucy.

It came down to the day he was to leave his home in Clarkstown, New York for his new school in central California. He had been sitting on his front porch, tangling his fingers through his shaggy brown hair, watching as his parents loaded his bags in the car. He still wasn’t sure he could do it or when he’d ever get to come back home. He continued his inner struggle until the moment he felt her hand on his shoulder.

“Finn.” Lucy sat down next to him, her fingers twisting at the end of her long auburn locks.

He turned to her and noticed the tears in her eyes. “I don’t have to go.”

“Finn,” her voice was barely a whisper. “You have to. You know it.”

He put his hand on her back and took in the familiar feel of her silky hair threading between his fingertips.

“You have to write.”

Lucy couldn’t hold back her tears anymore. She buried her face in her hands as Finn wrapped his arm around her shoulders.

“I can’t help it. I know it’s what’s best, but you’re leaving me with your sister and my annoying brother.”

“It won’t be that bad.” He took her tiny hand in his and tapped a steady beat in her palm. “Rylan, well...she’s just a little unique.”

He had to laugh at the thought of his slightly older, adopted sister. His parents had just brought Rylan home and finalized the adoption when his mother found out she was pregnant. They were barely seven months apart.

Rylan was well ahead of the rest of the class, but he knew she would keep Lucy busy. He hoped that she wouldn’t have time to dwell on the fact that he wasn’t there.

“You still have Jack and your dad, and your friends from school can help you keep Rylan in check. I’m sure you’ll have your hands full while Rylan’s chasing after Jack like she always does. You won’t even have time to miss me.”

“You mean,” she croaked with a sniffle, “you’re not going to miss me?”

“Of course, I will.” He smiled as they laced their fingers together. “Every day. I’m just trying to make this a little easier on both of us.”

They looked up from where they were sitting to see his mother, Claire, calling for him. Finn could see that his guitar and saxophone cases, as well as his complete set of drums were loaded in the car.

He knew this was harder on his mom than it was on him. Not seeing his own mother every day or even every month was still not something he was ready to face.

Finn stood up, bringing Lucy up with him. “I can’t believe this is really it.”

“You’ll write? Promise?” Lucy clutched his hand as they started to walk to the car.

“One last picture of the two of you for the album?” Claire had always been a little camera happy. Finn and Lucy were always the willing subjects.

“Claire, sweetheart, you have thousands of pictures of the two of them. It’s like Lucy’s your daughter, too.” Finn’s father, Murphy, came up behind his wife.

“One more can’t hurt. We don’t know when they’ll be together again.” She turned back to the kids with their hands still firmly clasped together. “Come on, kids. Give me your favorite pose.”

Lucy grinned at Finn before he gave her the nod. She jumped up on his back, her arms loosely draped around his neck, her chin resting on his shoulder.

“Perfect.” Claire snapped the picture. Claire lowered the camera and watched as her son took his best friend in for one last hug.

“I won’t ever forget this.”

“Forget what?” Lucy could barely get the words out, trying to hold back the tears that were still threatening to fall.