Authors: B. B. Roman 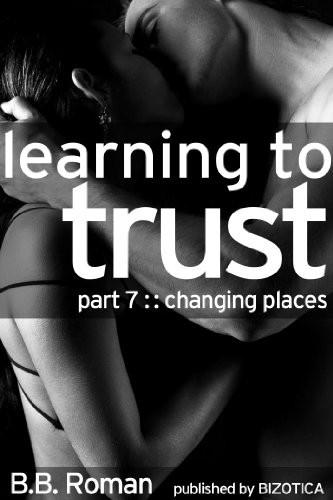 All rights reserved under the International and Pan-American Copyright Conventions. No part of this book may be reproduced or transmitted in any form or by any means, electronic or mechanical, including photocopying, recording, or by any information storage and retrieval system, without permission in writing from the publisher.

This is a work of fiction. Names, places, characters and incidents are either the product of the author’s imagination or are used fictitiously, and any resemblance to any actual persons, living or dead, organizations, events or locales is entirely coincidental. All sexually active characters in this work are 18 years of age or older.

This book is for ADULT AUDIENCES ONLY. It contains many sexually explicit scenes and graphic language which may be considered offensive by some readers. Please store your
eBooks
where they can
not
and will not be accessed by minors.

"You need to act like nothing's changed." The cigarette
hovered
close to
Ramón
's lips, even when he wasn't taking a drag from it.

I sat there in that interrogation room, my legs crossed, my hands shaking.
This wasn't getting any easier.
"You mean I still have to—"

"Nothing changes,"
Ramón
said. "You've got to remain the perfect girlfriend—no matter what that requires you to do."

This was confusion.
This was uncertainty and discomfort. I had
just
been informed that my
Dom
was an international criminal, one that was invo
lved with sex trafficking and probably murder
.

"H
as he murdered people?" I asked, my voice attempting to fill the gap of knowledge in my head.

"There have been disappearances of competitors that we can only assume were murder. He's very good at what he does, so the bodies never show up."

The bodies never show up.
A chill ran down my spine. I was still convinced that I was going to wake up at any moment and scold myself for allowing this to get to me. The room stayed there, however, and so did
Ramón
.

"
Marisa
, are you all right?" He put out his cigarette in the ashtray.

"I think I was there when someone was killed," I said slowly, clenching my cup until the styrofoam started to crack. I had fallen into a daze and found myself speaking without a lot of thought.

"Did you tell anyone about this?"

"He just said it was his uncle. That he had dementia. That he visited once every few months."

"Dementia, huh?"
Ramón
laughed. "Roland doesn't have any surviving family members that we know of. We've been on him for years. I need to know if you told anyone, Marisa. Did you tell anyone?"

"I told Frederic," I said. "I like him so much. I thought I could trust him."

"Frederic, huh? We don't know a lot about t
he guy, but
we think he's into whatever Roland is. O
nly been around for a couple of years, so he must be doing a good job because Roland goes through guys almost as fast as he does women."

The statement elicited a nervous laugh from me.
Roland goes through guys almost as fast as women.
I felt so immature giggling at it, but my unexpected circumstance had certainly weakened my composure. "Sorry," I said. "So what do you want me to do?"

Ramón
pulled out another cigarette and lit it. "Before I go any further, I need to let you know that you don't have to do this if you don't want to. You can just leave and be done with it."

"Roland said his people would find me," I said.

"Is that so?" he asked.
Smoke was again filling the air.

"I don't really know what it meant, but I didn't like it."

This day just kept getting more and more interesting. Did I really want to do this? In a way, this was like being the
ultimate reporter
. I was literally disguising myself to get a story. Was this the moment I'd been working toward my whole life?
I almost didn't like that I was being given a choice.

"Well, if you stay, it could be dangerous," he said after exhaling his smoke toward the ceiling. "I just want you to know that right now. But you could be an invaluable resource, please believe me."

Danger. International crime. Drugs. Sex trafficking.
I felt like I was watching a TV crime drama and an entire se
ason
was being compressed into one episode, one fat, bulging, content stuffed episode.
Will Marisa be able to take down a multi-billion dollar crime syndicate? Find out
this
week in the thrilling
beginning
and
conclusion!

"Give me a light," I said as I grabbed a cigarette.
Ramón
obliged. I took a quick drag like I'd watched him do—and promptly started coughing. He started laughing.

"Cut that out," he said. He snatched the cigarette out of my hand and put it out in the ashtray. My eyes watered and my lungs burned.
Stupid.

Ramón
walked out to fulfill my request.
Had I really thought that smoking for the first time ever would calm my nerves?

He returned with two cups this time, one with coffee, and one with water. "I hope you can handle both of these." His snide grin still remained intact after returning. I snatched up the water and gulped it down at once.
Ah, relief at last!

"I'll do it," I said, slamming the s
t
yrofoam cup down on the desk. The bottom cracked and had I not finished all the water inside, it would have spilled all over the table.
A
few tiny drops escaped.

"You're sure?" he said quizzically.

I sat in silence for a couple of moments considering my options. Roland had already told me I couldn't leave, and honestly, after this whole
Ramón
thing, I believed him. Somebody would drag me back, even if I was kicking and screaming. They were asking me to go undercover, to
uncover
the things that I had originally hoped to discover on my own. It was the old me, the me that I had perfected for years. Now I just had to make sure I was a good actor too.
Could I do it?

I bit my lip and caught myself before it started to hurt. "Yes," I said.

"All right. Let's talk about the plan then.
You've got t
o understand one key thing here:
Roland's got one foot inside one of the largest, most legitimate businesses in the world. His other foot is deeply embedded in a world of crime. It's hard to figure out which is which sometimes.
"

"So who were the people at the StarChem annual thing?" I asked. "Were those
all severely well-dressed
criminals?"

"Maybe in their own weird
ways,"
Ramón
said quietly. "But no, those people were all legit. He takes money from legitimate investors and turns it around in black market dealings. Huge returns that he can launder through StarChem.
And how can we touch him? It's the biggest chemical company in the country. It would take weeks just to collect the stuff that would then take years to sort out before we even came close to having anything we could actually use in a court of law.
"

Ramón
gave me an overview that made a lot of sense.
The most important part of this was that I remained close to Roland, something that didn't surprise me at all. Yes, that meant I still had
to sleep with him, even though the idea seemed weirder than ever. Yep, I had to
take one for the team
. I was like the wife that was testifying against her own husband.

Sometime in the near future, Roland was supposed to be carrying out a huge scale drug and weapons deal, one that could only be stopped if I could provid
e information that linked him
directly to it
or placed him at the scene of the crime
.
Roland had countless organizations formed to make his illegal operations as invisible as possible—the other reason why I needed to work from the inside
. This
deal
had been in the works for years, a direct involvement with criminal organizations in Eastern Europe.
Roland had probably paid off every law enforcement agency from here to Europe to ensure that this all went down.

"A number of his competitors have fallen ill and died under mysterious circumstances,"
Ramón
had said.
"He's ruthless, but professional."

I needed to remain close and piece together the puzzle the best I could. E
ach
week
going forward
I'd meet with
Ramón
and fill him in on what I'd found. I was already aware that this could go on for months if that's how long it took to get the information—or it could be over in a week. There was just no guarantee.
He also gave me a pen that had a GPS tracker embedded inside of it. Just an inconspicuous ink pen that I could keep in my purse.
"Not perfect," he said, "but it's a backup."

I would not be allowed to leave until they pulled me out after this
, unless I was in a position of incredible danger
.
I understood that rule maybe too well.

Ramón
had me back within an hour or so of me leaving the building for "lunch." He dropped me off near where I had gotten in the van. I walked the rest of the way and wisely used the time to sort out my thoughts.

My
slow
approach to the building was filled with fear and growing anticipation, but I realized I just had to suck it up and go for it.
Who knows how long I would have stuck around on my own anyhow. I just knew a little more than I did before—and had a totally rearranged
set
of goals.
I felt like I was about to attack a fortress, to penetrate and destroy it from the inside. Maybe I was being a bit overdramatic.

I walked back into my office
—I couldn't help but feel like I was clad in an expensive
Marisa disguise
—
and set down my purse. The whole building suddenly looked so different to me. Did any of these people really know what they were up to? I assumed some did and others did not. It was a
place
that had been totally redefined for me. Two hands gripped my shoulders and startled me. I turned around with a scream.

"Frederic!" I said, exasperation in my voice. "God, you scared me!"

He was grinning from ear to ear. "Feeling better? Where'd you go for lunch?"

"Your family dog," he said
with a frown
. "I hope you didn't already forget about it.

Shit.
Had I already blown it? "Yeah, yeah," I feel better. "I just met
a friend
for coffee at some place downtown."