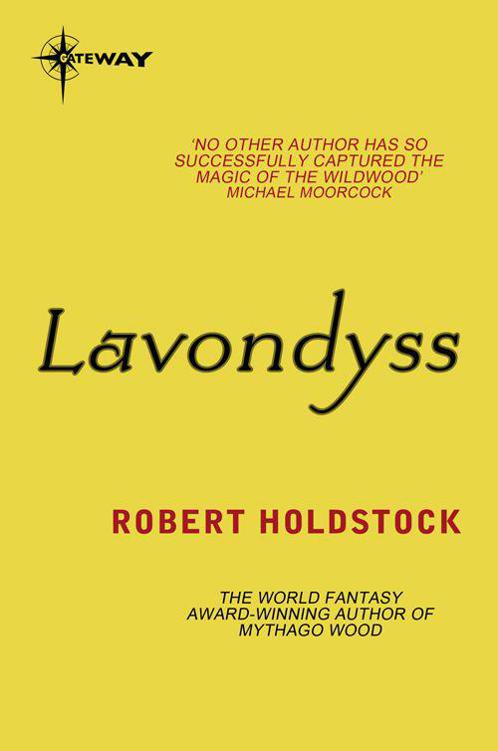 In the last years of the twentieth century (as Wells might have put it), Gollancz, Britain’s oldest and most distinguished science fiction imprint, created the SF and Fantasy Masterworks series. Dedicated to re-publishing the English language’s finest works of SF and Fantasy, most of which were languishing out of print at the time, they were – and remain – landmark lists, consummately fulfilling the original mission statement:

Now, as we move inexorably into the twenty-first century, we are delighted to be widening our remit even more. The realities of commercial publishing are such that vast troves of classic SF & Fantasy are almost certainly destined never again to see print. Until very recently, this meant that anyone interested in reading any of these books would have been confined to scouring second-hand bookshops. The advent of digital publishing has changed that paradigm for ever.

The technology now exists to enable us to make available, for the first time, the entire backlists of an incredibly wide range of classic and modern SF and fantasy authors. Our plan is, at its simplest, to use this technology to build on the success of the SF and Fantasy Masterworks series and to go even further.

Welcome to the new home of Science Fiction & Fantasy. Welcome to the most comprehensive electronic library of classic SFF titles ever assembled.

Welcome to the SF Gateway.

Shadow of the Wood

PART TWO: In the Unknown Region

The Sudden Flight of Birds

All Things Undreamed Of

Ghost of the Tree

Walk out with me toward the unknown region
,

Where neither ground is for the feet nor any path to follow?

A fire is burning in Bird Spirit Land.
My bones smoulder. I must journey there
.

The bright moon, hanging low over Barrow Hill, illuminated the snow-shrouded fields and made the winter land seem to glow with faint light. It was a lifeless, featureless place, and yet the shapes of the fields were clear, marked out by the moonshadow of the dark oak hedges that bordered them. Distantly, from that shadow round the meadow called The Stumps, the ghostly figure began to move again, following a hidden track over the rise of ground, then moving left, into tree cover. It stood there, just visible now to the old man who watched it from Stretley Farm; watching back. The cloak it wore was dark, the hood pulled low over its face. As if moved for the second time, coming closer to the farmhouse, it left the black wood behind. It was stooped, against the Christmas cold, perhaps. Where it walked it left a deep furrow in the fresh snow.

Standing at the gate of the farm, waiting for the moment he knew, now, must surely come, Owen Keeton
heard his grandchild begin to cry. He turned to the dark face of the house and listened. The sobbing was a brief disturbance; a dream perhaps. Then the infant girl was quiet again.

Keeton retraced his steps across the garden, stepped into the warm house and kicked the snow from his boots. He walked into the parlour, prodded the log fire with the metal poker until the flames roared again, then went to the window and peered out at the main road to Shadoxhurst, the nearest village to the farm. He could just hear, very distantly, the sound of carols. Glancing at the clock above the fire he realized that Christmas Day had begun ten minutes before.

At the parlour table he stared down at the book of folklore and legend that lay open there. The print was very fine, the pages thick and of good quality paper; the illustrations, in full colour, were exquisite. It was a book he loved, and he was giving it to his granddaughter as a present. The images of knights and heroes inspired him; the Welshness of the names and places made him nostalgic for the lost places and lost voices of his own youth in the mountains of Wales. The epic tales had filled his head with the sound of battle, war-cry and the rustle of tree and bird in the glades of haunted forest.

Now there was something else in the book, written in the white spaces around the print: a letter. His letter to the child.

He turned back to the beginning of that letter, where the chapter on Arthur of the Britons began. He scanned the words quickly:

My dear Tallis: I’m an old man writing to you on a cold December night. I wonder if you will love the snow as much as I do? And regret as much the way it can imprison you. There is old memory in snow. You will
find that out in due course, for I know where you come from, now
…

The fire guttered and Keeton shivered despite it, and despite the heavy coat he wore. He stared at the wall, beyond which the snow-covered garden led to the fields, and that hooded figure, coming towards him. He felt a sudden urgent need to have done with this letter, to finalize it. It was a sort of panic. It gripped his heart and his stomach, and the hand that reached for the pen was shaking. The sound of the clock grew loud, but he resisted the urge to stare at it, to mark the passage of time, so little time, so few minutes …

He had to finish writing the letter, and soon. He bent to the page and began to squeeze the words into the narrow margin:

We bring alive ghosts, Tallis, and the ghosts huddle at the edge of vision. They are wise in ways that are a wisdom we all still share but have forgotten. But the wood is us and we are the wood! You will learn this. You will learn names. You will smell that ancient winter, so much more ferocious than this simple Xmas snow. And as you do so, you are treading an old and important pathway. I began to tread it first, until they abandoned me
…

He wrote on, turning the pages, filling the margins, linking his own words to the unconscious child with the words of fable, forming a link that would be of value to her, one day in her future.

When he had finished the letter he used his handkerchief to blot the ink then closed the book. He wrapped it in heavy brown paper and tied it with a length of string.

On the brown paper he wrote this simple message:
For Tallis; for your fifth birthday. From Granddad Owen
.

He buttoned up his coat again and went back out into the cold, silent winter’s night. He stood outside the door for a moment feeling frightened, very disturbed. The hooded figure had come all the way across the fields and was standing by the gate to the garden, watching the house. Keeton hesitated a moment longer, then trudged over to it.

Only the gate separated them. Keeton was shivering inside his heavy overcoat, but his body burned with heat. The hood was low over the woman’s head and he could not tell which of the three she was. She must have been aware of his unspoken thought since she looked up slightly, turning to regard him. As she did so, Keeton realized she had been staring past him. A white mask gleamed from below the woollen cape.

Distantly, moving down the slope from the earthworks on Barrow Hill, he saw two other hooded figures. As if aware that he had noticed them, they stopped and seemed to shrink into the whiteness of the land.

In the house, the child cried out. White Mask glanced towards the landing window, but the cry was another transient moment of disturbance. Keeton watched the ghost woman and couldn’t help the tears that surfaced to sting his eyes. She looked back at him and he thought he saw some hint of her face through the thin holes that were the eyes.

‘Listen to me,’ he said softly. ‘I have something to ask you. You see, they’ve lost their son. He was shot down over Belgium. They’ve lost him and they’ll grieve for years. If you take the daughter, now … if you take her now …’ he shuddered, wiped a hand across his eyes and
took a deep breath of the frozen air. White Mask watched him without movement, without sound. ‘Give them a few years. Please? If you don’t want me … at least give them a few years with the child …’

White Mask slowly raised a finger to the lips of the chalk-smeared wood which covered her face. Keeton could see how old that finger was, how loose the skin on the hand, how small the hand.

Then she turned and ran from him, her dark cloak billowing, feet kicking up the snow. Halfway across the field she stopped and turned. Keeton heard the shrill sound of her laughter. This time, as she ran, it was away to the west, towards the shadow wood, Ryhope Wood. On Barrow Hill her companions were running too.

Keeton knew the country well. He could see at once that the three figures would meet at the edge of Stretley Stones meadow, where five ogham stones marked ancient graves.

And he was intrigued by the Stretley Stones, and by the ghost women who were moving to rendezvous there.