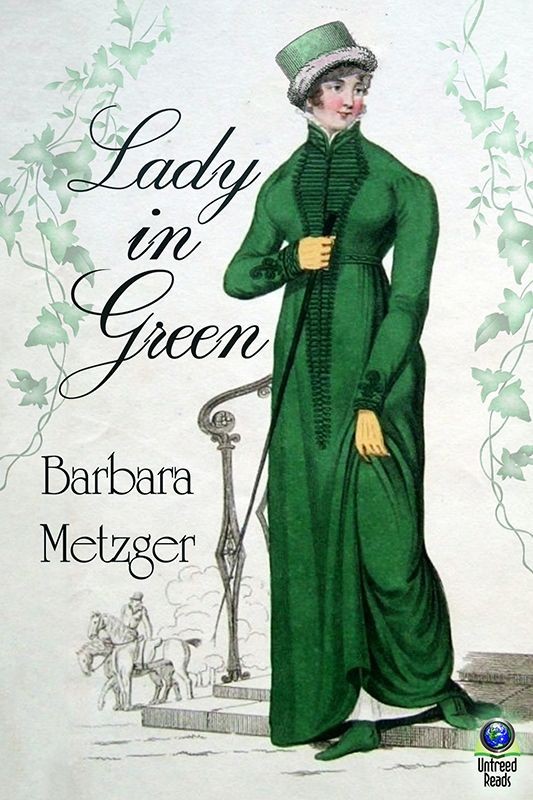 This ebook is licensed for your personal enjoyment only. This ebook may not be resold, reproduced or transmitted by any means in any form or given away to other people without specific permission from the author and/or publisher. If you would like to share this book with another person, please purchase an additional copy for each person you share it with. If you’re reading this book and did not purchase it, or it was not purchased for your use only, then please return to your ebook retailer and purchase your own copy. Thank you for respecting the hard work of this author.

This is a work of fiction. Any resemblance to the living or dead is entirely coincidental.

An Angel for the Earl

The House of Cards Trilogy

The Scandalous Life of a True Lady

To all my cousins

Miss Annalise Avery’s fiancé was keeping a mistress. If anyone had told her that dependable, solid Barnaby Coombes had a paramour somewhere, Annalise would have laughed in his face. Hearing it from Barny’s own mouth was not quite as funny.

Miss Avery had not meant to eavesdrop, of course. Her mother raised her better than that. She was so excited to tell Barny the doctor had finally declared her well again after that dreadful fever, that the wedding plans could now proceed, she fair flew down the stairs when she heard his carriage in the drive. Naturally she first had to don a warm dressing gown, and her maid insisted she wrap a dark wool shawl over her shoulders, too. She definitely had to tie the ribbons of a frilly cap firmly under her chin. Her outfit was not quite the thing for receiving morning callers, to say the least, Annalise acknowledged with a smile, but more of her was covered than in her sheer muslins and clinging silks. Besides, it was only her stepfather, Sir Vernon Thompson, Bart., who would see her, and comfortable old Barny. She’d known Barny since she was eleven, when her widowed mother, Caroline Avery,
née
Bradshaw, had returned with her daughter to Worcester ten years earlier. They’d been promised forever, it seemed, but the formal announcement had been postponed by her mother’s death; the wedding itself was put
off
for mourning first Annalise’s maternal grandmother, then Grandfather Bradshaw. This final delay for her illness was going to be the last, Annalise vowed, and so she would announce to dear Barny as soon as she made sure the green-tinted spectacles were secure on her nose, lest the bright sunshine damage her weakened eyes after so long in the darkness. She didn’t bother trying to pinch color back into her sallow cheeks; there was hardly enough flesh left to pinch. And good-natured Barny wouldn’t mind. Annalise knew he was as eager as she to start their life together, so she hurried down the stairs to greet her childhood beau with her happy news.

Barnaby had already been shown into Sir Vernon’s library, so Annalise pattered down the hall in her slippers, smiling in anticipation. She hadn’t counted on how weak the fever and its aftermath had left her, though. She was forced to lean against the wall outside the library to catch her breath. The door was slightly open.

“You’re sure she’s out of danger, then?” she heard Barnaby asking, and was warmed by the concern in his voice.

“Yes,” Sir Vernon answered, “the sawbones assures me she’ll make a total recovery. We can have the first reading of the banns in a week or so. The wedding will take place next month.”

Annalise could hear the clink of glasses being raised in a toast. Smiling, she pushed away from the wall, ready now to join the men. Her stepfather’s voice stopped her just as her hand was raised to knock.

“What, so relieved? Which is it, are your debts so pressing or does your ladybird in London grow restless while you play the pattern-card suitor for your ailing betrothed here in Worcester?” Annalise’s hand fell to her side.

Barnaby grinned and tossed back his brandy. He held his glass out for a refill. “Both, if you must know. Sophy don’t like missing Vauxhall and the Argyle Rooms. Says she attends with some of her girlfriends, but I don’t trust her.”

“Why? Aren’t you paying enough to ensure her loyalty?” the baronet asked sarcastically.

“I’m dashed well paying enough to keep her in style, that’s for sure. Now that you tell me Leesie ain’t about to stick her spoon in the wall, I’ll just toddle off to Town and surprise the old girl.”

“Ah, yes, your ‘business’ in the City. Why the devil don’t you just install Sophy in Birmingham or somewhere? Save all that travel time and expense.”

“I told you, Sophy likes the nightlife in Town. ’Sides, a fellow needs to get away once in awhile, especially after putting his foot in parson’s mousetrap.”

“I still think you’d find it more convenient having a…convenient closer to home.”

“Oh, I intend to, Sir Vernon, I intend to. There’s a widow in Stourport who’d suit me like a plum. Do you know the one? Mrs. Yarberry. I can imagine Mr. Yarberry dying with a smile on his face. Then there’s Marcy over at the Golden Hare. She’s got cheeks like peaches, and melons out to…” Annalise trembled in the hall. Not only did Barnaby Coombes have a mistress whom he intended to keep on after their marriage, he also planned on setting up a veritable fruitbasket of a harem! Miss Avery raised a hand to her mouth to muffle a cry.

“Don’t suppose you’d care to make me an advance,” Barnaby was going on, “with the wedding so soon and the settlements all signed?”

“Not on your life, my lad,” Sir Vernon replied. “Dear Annalise could have a relapse, after all. No, you’ll just have to wait for the marriage lines to be signed before getting your hands on even a shilling of her dowry.”

Barnaby slammed his thrice-emptied glass down on the desk. “I don’t see why you’re being such a skint. You made me sign back enough of Leesie’s portion as settlements to keep you in clover for the rest of your life.”

“Ah, but we all have our little vices. You have your Sophys and I have my gaming debts. You’ve waited this long, while, I might add, my stepdaughter’s dowry has grown considerably from the Bradshaw grandparents’ inheritances. You can wait a shade longer.”

“While you skim off all you can.”

“Wedding expenses, dear boy, don’t you know. And all those pricey physicians and specialists I called down from London to guarantee the precious girl’s recovery. You cannot argue with that. Nor,” he added softly, “can the Bradshaw accountants.”

“I’d still like to see some of the blunt now,” Barnaby muttered, “before I’m leg-shackled and off on a blasted wedding trip. Ireland, faugh! I know—maybe Leesie’ll still be too weak to travel. What do you think? If I suggest we wait…”

Not only did Miss Avery’s betrothed have a mistress and a few in reserve, he was going to support them all on Annalise’s money!

When pigs flew, he was!

Seeing red even through her green-tinted glasses, Annalise charged into the room. “You cad!” she shouted. “You slime, you slug.”

Barnaby gasped in horror, but Annalise couldn’t tell whether his dismay was more for her overhearing his conversation or for her appearance. She did not care either way. “So what if I look like something that crept from a crypt? At least my conscience is clear, and that’s more than I can say for you, Barnaby Coombes. You don’t have to worry about going to Ireland with me; you don’t even have to worry about going down the church aisle with me!”

Sir Vernon rose from behind the desk. He slowly raised his quizzing glass to his eye and surveyed his stepdaughter through the horribly magnified orb. “Fetching ensemble, my dear,” he drawled. “I’m delighted to see you back in prime twig. I was just assuring Barny here that you were regaining your health and the wedding can be moved forward again.”

“Haven’t you heard what I said? I wouldn’t marry such a bounder if he was the last man on earth and the future of the entire human race depended on me. He’d find an ape to give carte blanche.”

“Leesie—” Barny started to protest, so she turned on him again.

“Don’t you call me by your silly baby names, Mr. Coombes. I’m not a child anymore to be taken in by your fervent declarations of love and loyalty. Loyalty, hah!” She poked a bony finger in his thick chest. “I heard all about your Sophy, so don’t pretend I’m throwing a distempered freak over nothing, you scurvy cur.”

Barny tried to grab her hand. “But Lee—Miss Avery, Sophy means nothing to me, I swear!”

“And I suppose my money means nothing to you, either?” Annalise said with a sneer, snatching her fingers away and wiping them on the skirts of her navy-blue dressing gown.

“No, I don’t know anything about you at all, Mr. Coombes. I thought I did. I thought we could build a good marriage based on all the years of friendship and trust, even if we did not share any great passion. You have destroyed—”

“That’s it, Leesie, passion,” Barnaby exclaimed, clutching her words like a drowning man a lifeline. “I do feel passion for you, more than you’ll ever understand. I couldn’t show you, of course, gently bred female and all that, don’t you know, so I had to find an outlet for my, ah, affection. That’s all it ever was, just, ah, protection for your maidenly modesty. That’s it, Leesie, I swear!”

“Lust and greed, Barnaby Coombes, nothing else. You make me sick.”

“You’re sick! That’s the ticket! You’re overwrought and upset. A few more days’ rest and you’ll see my little fall from grace is just the way of the world.”

“Not
my
world, it isn’t, so you can just take your passing fancies and pass right out of my life.”

“But, Leesie—” Barnaby couldn’t see Annalise’s eyes through the dark lenses, but he didn’t need her clenched fists to tell him they were sending daggers his way. “Miss Avery, which is downright ridiculous since I’ve known you since we were practically in leading strings together. Anyway, Miss Avery, you can’t just throw me over like this. Sir Vernon can tell you, we’ve been promised forever, the notice was in the papers, the settlements have been signed. You can’t back off from the engagement now.”

“Oh, can’t I? Just watch.” And she started to fumble with the knot on the ribbon around her neck. The ribbon was holding Barny’s betrothal ring safe since she’d lost so much weight that the diamond and ruby band slipped off her finger. Now her fingers were trembling with rage and weakness, making her too clumsy to undo the knot. Frustrated, she jerked the whole ribbon over her head, thereby dislodging her spectacles, which fell to the floor at her feet, and her nightcap. She threw the ring, ribbon and all, at Barnaby, who caught it automatically, his mouth fallen open and his eyes popping out of his skull like a sandy-haired carp.