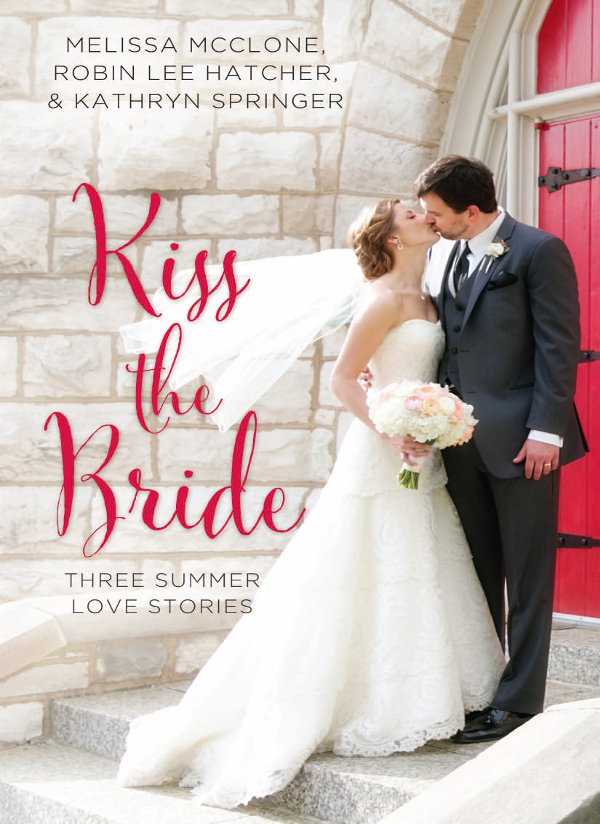 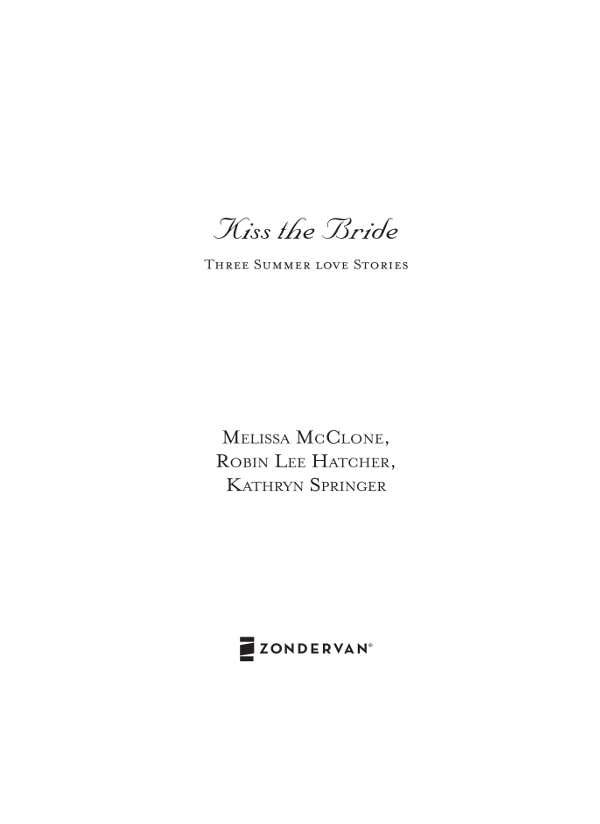 Requests for information should be addressed to:

Any Internet addresses (websites, blogs, etc.) and telephone numbers in this book are offered as a resource. They are not intended in any way to be or imply an endorsement by Zondervan, nor does Zondervan vouch for the content of these sites and numbers for the life of this book.

All rights reserved. No part of this publication may be reproduced, stored in a retrieval system, or transmitted in any form or by any meansâelectronic, mechanical, photocopy, recording, or any otherâexcept for brief quotations in printed reviews, without the prior permission of the publisher.

L
OVE ON A
D
EADLINE

To my husband and three children for their patience, prayers, and making sure at deadline time my iced tea glass is full, there's a bag of M&Ms in the house, and Peanut Buster Parfaits show up at just the right time.

Oh, no. Jenna Harrison stared at the clock hanging on
the wall of her photography studioâaka a converted bedroom. Only fifteen minutes until her clients arrived for their engagement photo session.

The
tick-tock
of the second hand pounded in her brain like a marching band bass drum. She tightened her grip on the sparkly tiara cutout attached to a long stick.

With a flurry of June weddings to shoot, her business, Picture Perfect Photography of Sweetwater, Washington, had been crazy busy since the month began. She hadn't planned on a new save-the-date photo idea striking her at lunch today. But she recognized the potential, so she'd been making new signs to go with the photo booth propsâmustaches, lips, glasses, hats, and dialogue bubbles.

She placed the tiara with the other items on a nearby table, then printed out the couple's photo requests, including shots with the new puppy they'd rescued from a local
animal shelter. They wanted fun and fabulous engagement pictures. As if Jenna took any other kind. And her calendar stayed full with proposals, weddings, and engagement sessions.

Her cell phone rang. The generic ring tone didn't belong to her parents or her brother, Colton. With no time to talk, she glanced at caller ID. Kerri Williams, a friend from church and one half of the couple Jenna was expecting for the photo shoot. Better take this call.

“Picture Perfect Photography. This is Jenna.”

“Hey, it's Kerri.” The October bride's breath sounded ragged and uneven, as if she'd been exercising. “We're running late.”

“No problem. We've got all afternoon.” A half-howl, half-whimper filled Jenna's ear. More animal than human. “Is everything okay?”

“Now, yes. Ten minutes ago, no. When Michael arrived at my house, we realized Peaches had escaped from the backyard. The shelter told us she was a digger, but we hadn't seen her do that yet. We found her splashing in a puddle a block away. I'd taken her to the dog groomer this morning, and she looked so pretty. Michael has her in the bathtub and is washing off the dirt.”

Michael was Kerri's high school sweetheart and fiancÃ©. A nice guy who cracked jokes and treated his bride-to-be like a princess.

“I'm sorry. We can reschedule the session if that would be easier.”

“Today is fine,” Kerri said. “Peaches would rather be dirty than clean, so this might happen again if we reschedule.
Who am I kidding? I'm sure she would get herself into some kind of mess or trouble.”

Kerri's exasperation brought a smile to Jenna's lips. “Don't worry. There's no rush.” By the time Kerri and Michael arrived with Peaches, Jenna would be ready. She added two veil cutouts and three different bow tie selections to the other props on the table. Now to select frames. “You're my only appointment today.”

Having a few extra minutes to prepare for the session meant no more rushing around. Not that Jenna's clients would know she was behind schedule. She'd built her reputation being calm and cool under pressure, especially on wedding days when stress levels could skyrocket into the stratosphere over a loose thread or scuffed shoes.

“Oh, thank you.” Kerri's relief was palpable. “We shouldn't be long. I never realized a puppy could be such hard work. Or how fast those little paws could dig or run.”

“Yes, but they're so cute!” Jenna searched through her frame assortment for ones to match the couple's outgoing personality. Maybe the black one. “Plus you get amazing welcome-home greetings and unconditional love.”

“I thought about getting a dog two years ago after my wedding was canceled, but decided against one.” A pet was more than she could afford then. Maybe when she was out of debt . . .

“Speaking of canceled weddings, I saw Claire Conway this morning at the bakery.” Kerri sounded worried, the way all of them had been about the physical therapist. “Maybe she should get a dog so she won't be so lonely.”

Jenna's chest tightened, a mix of sadness and empathy for her former client whose groom had called off their upcoming wedding because he'd fallen in love with someone else. “How is she doing?”

“Hard to tell. She looks tired. Not at all like her normal bubbly self.”

“She needs time to deal with what happened and sleep.” Jenna hadn't slept through the night for months after being jilted at the altar during her wedding rehearsal. Tears had flowed like Sweetwater Creek after a rainstorm. Smiling hurt, as if her facial muscles were attached to her aching heart. “It'll be tough for a while.”

She let go of the black frame. Too thick. Fanciful design, but a lighter color would suit Kerri and Michael better.

“Least I could do.” Jenna had been destroyed emotionally and financially by her breakup. She was still paying off the wedding-that-didn't-happen debt. “When I went through this, more than one person told me that God had a plan. I didn't believe them. Turned my back on everything, on Him. But thankfully had a change of heart.”

“That's right.” The church felt like a second home now, and Jenna's friends had become family with hers so far away. “My faith grew stronger after the breakup. My life changed for the better. I'm grateful for that. Something I never imagined happening at the beginning. I pray the same thing happens to Claire.”

“There's always a plan.” Kerri's voice lightened. Her
puppy frustration disappeared. She sounded like she was smiling. “Not yours or mine, but His.”

Hard Knocks: An Ultimate Novella by Lori Foster
Canapés for the Kitties by Marian Babson
Aftershocks by Damschroder, Natalie J.
The Third Duke's the Charm by Emma Wildes
Time Will Tell by Fiona McCallum
Hollywood Hero: A Sexy Billionaire Romance (The Director's Assistant Book 4) by Nikki Steele
Chasing What's Already Gone (Second Chances Book 1) by Michael Ross
I'm Off to Montana for to Throw the Hoolihan (Code of the West) by Bly, Stephen
3 Willows: The Sisterhood Grows by Ann Brashares
Dark Lord of Derkholm by Diana Wynne Jones