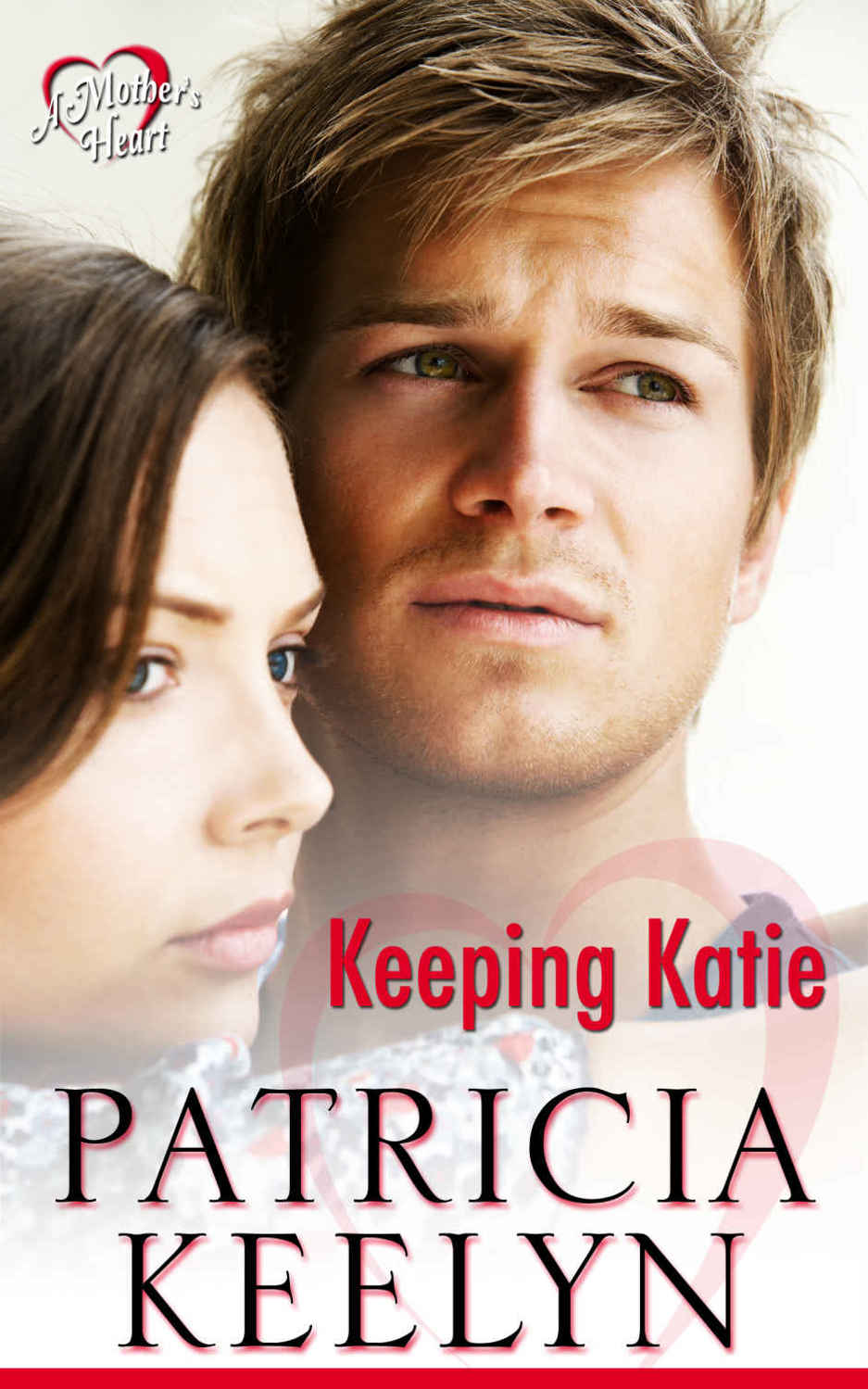 Images Licensed by peopleimages.com and bigstock.com in accordance with their standard agreements.

All rights reserved. No part of this may be reproduced in any manner whatsoever without permission except in the case of brief quotation embodied in critical articles and reviews.

This book is a work of fiction. Names, characters, places and incidents are either products of the authors’ imaginations or used fictitiously. Any resemblance to actual events, locales, or persons, living or dead, is entirely coincidental.

This ebook is licensed for your personal enjoyment only. This ebook may not be re-sold or given away to other people. If you would like to share this book with another person, please purchase an additional copy for each person. If you’re reading this book and did not purchase it, or it was not purchased for your use only, then please return to appropriate site and purchase your own copy. Thank you for respecting the hard work of these authors.

Sitting in the dark, a single backpack at her feet, she watched the clock as its hands inched forward. Still, when the soft chimes declared the hour, she flinched.

Midnight. Time to go … or stay.

Pushing the last thought aside, she rose from the couch and moved toward the back of the house, to Katie. As she slipped into the child’s bedroom, emotion collided with purpose. The room was cozy and warm, softly lighted by a Mickey Mouse night-light. She took a moment to absorb the familiarity of the room, recognizing in the shadows the things Katie loved: her picture books, her dolls, the Fisher-Price kitchen set, and the dancing ponies painted on the wall.

Moving toward the bed, Maura stooped to pick up a stuffed kitten and return it to its proper place on a nearby shelf. She stood there for a time, arranging, straightening, cherishing these last few minutes in this room. She hated what she had to do, and wondered how Katie would react. How would she feel in the morning when no army of soft toys greeted her awakening? Sighing, Maura turned away and went to her daughter’s bed.

Maura sat down beside her daughter and thought how wonderful it must be to sleep so soundly. But then, three-year-olds were usually oblivious to the dangers the world held. She reached out and brushed a stray curl away from Katie’s cheek, feeling the soft baby skin with the backs of her fingers. Even Dave’s death last year went almost unnoticed by the child. So innocent, so precious.

Absently, she reached up and touched her own unfamiliar crop of short hair. Would Katie notice?

Enough, Maura,
she silently chastised herself.
Get on with it.

Reaching for the clothes she’d left lying on the end of the bed, she began to dress the sleeping child. Katie barely stirred, murmuring and occasionally turning away from her mother’s ministrations. It was only as she lifted the child onto her lap, slipping a warm winter jacket around her shoulders, that Katie woke up enough to recognize her mother.

“It’s okay, sweetie,” Maura whispered. “Mommy and Katie are going on a trip.” She kissed the top of the child’s head while slipping first one tiny arm, then the other, into the jacket. “Like last summer. Remember?”

Katie nodded sleepily and snuggled closer against her mother.

“Here, let me zip you up.” Maura shifted the child so she could get at the front of the jacket.

“Not cold,” Katie mumbled, twisting herself against Maura’s chest.

Maura smiled and reached behind her to pick up a stuffed dog. Putting the toy into Katie’s hands, she said, “Of course Davey can come.”

The drive to the railway station was short, and Katie slept the whole way. From there, Maura planned to leave her car and walk the seven blocks to the Greyhound bus station. Under normal circumstances, it would have been a short, pleasant walk. But not tonight. Even Miami was chilly in January, especially at 1:00 a.m. Carrying a backpack and a sleeping toddler would be no picnic.

Reaching over to undo the safety belt of Katie’s car seat, Maura hesitated. Katie slept so peacefully, unaware that her world was about to change. Maura pulled away, letting her head fall back against the seat.

How could she go through with this?

Everything she knew and loved was here. Nursing, the career she’d paid dearly to pursue and still loved after ten years. Her friends, those who had stood by her these last months. Her home. A small three-bedroom house that she and David had bought the day they found out about Katie. It sat silent and empty now. And David? Buried here, where they’d lived and loved and hoped and cried until the day Katie had come into their lives.

How could she leave all this?

The iridescent numbers on the car clock caught her eye. One o’clock. It was now or never. Maura looked back at Katie again.

How could she
not?

This time she didn’t hesitate. Maura Anderson was dead. From now on, she’d be Maureen Adams. Unlatching Katie’s safety belt, she thought,
It doesn’t matter. The only thing that matters is Katie. And no one is going to take her away from me.

A
lan Parks stepped off the curb and planted his five-foot-eleven-inch frame squarely in front of two hundred and twenty pounds of oversize teenager. “Where do you think you’re going, Joe?”

“The important question here is, where do
you
think you’re going?”

For a moment, Joey met Alan’s gaze, then glanced at the truck he’d been heading for. Alan watched the play of emotion that crossed the boy’s face—first surprise, then anger and the urge to challenge, before he turned away guiltily. In truth, Alan felt sorry for the boy, but this was the third time this month he’d been warned. Things were getting out of hand.

“I was just gonna get something out of the truck, Sheriff,” Joey said. “I wasn’t gonna drive it.”

Joey dropped his gaze again, sliding his hands into the pockets of his overalls.

“This is your last warning.”

“No buts.” Alan moved in closer. “Next time I catch you driving that truck, I’m going to land your butt in the state juvenile home. Then I’m going to throw your daddy in jail for contributing to the delinquency of a minor.”

Joey took a step back, but Alan followed him. “So, you tell that old cuss he either runs his own errands into town or finds someone of age to drive his truck.”

“I know your daddy spends most of his time inside a bottle. Now, he needs to sober up or get someone else to do his driving.”

“But there ain’t no one else, Sheriff. And I’m gonna be sixteen in a few months.”

Alan was sympathetic to this man-child caught between his daddy and the law. But the law was the law. “You aren’t sixteen yet, and you can’t drive that truck without a license. Now, go on.” Alan motioned toward one of his deputies, who’d been watching from across the street. “Ray there will drive you home. Tell your daddy to get Widow Cellar to bring him in if he wants his truck back.

“And by the way …” Alan turned and reached into the cab of the pickup truck behind him. Pulling the rifle off the rack, he opened the gun and emptied the cartridges into his hand. “Remind your daddy that hunting season’s six months away yet.”

“Come on, Joey.” Ray laid a hand on the boy’s arm and motioned toward the police cruiser. Joey glared at the deputy and shook the man’s hand from his arm, then turned back toward Alan. Once again, Alan braced himself, watching the boy’s raw emotions rip across his features. And once again, he breathed a sigh of relief as Joey’s anger died and was replaced with frustration. Then he turned and followed Ray to the waiting car.

“Wonder how much longer before that boy realizes he outweighs you by a good thirty pounds.” The comment came from Ned, another of Alan’s deputies.

Alan grinned to hear his own thoughts spoken aloud. “Well, let’s hope not for a while.”

“I wouldn’t count on it.” Ned crossed his arms and rested a hip against the truck’s fender. “You ask
me,
he’s got a mean streak like his old man, just waiting to explode.”

Alan threw a surprised glance toward his deputy. Ned wasn’t one to make snap judgments. “Has Joe been throwing his weight around with the other boys?”

“Caught him the other day. Had Judge Perrill’s kid pinned up against a wall.”

“Yeah.” There was no doubt about it, life had been tough on the Simmons boys. Ever since their mama up and ran off some five years ago, old man Simmons had been living in a bottle. Lord only knew how much of his anger ended up on those boys’ backsides.

“Yeah,” he repeated more to himself than to Ned. “I guess it’s time I take a drive out there to see just what’s going on.” With a sigh, he walked away from the truck. “For now, though, I’m going over to Lynn’s to catch something to eat.”

Shattered Dreams by Brenda Kennedy
Need You Now by S. L. Carpenter
Rendezvous at Midnight by Lynne Connolly
By Divine Right by Patrick W. Carr
All Through The House by Johnson, Janice Kay
Trust Me by Brenda Novak
The Infamous Ellen James (Infamous Series) by Alcorn, N.A.
I'm So Sure by Jenny B. Jones
Sunny Says by Jan Hudson
The Arrangement 18 by H. M. Ward