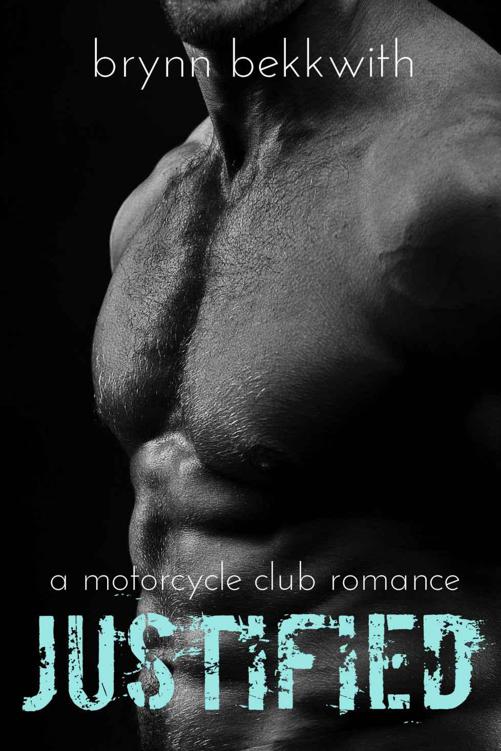 All rights reserved. No part of this book may be reproduced or transmitted in any form without written permission from the publisher or author. If you are reading this book and you have not purchased it or received an advanced copy directly from the author, this book has been pirated.

This is a work of fiction. Names, characters, places, and incidents either are the product of the author’s imagination or, if an actual place, are used fictitiously and any resemblance to actual persons, living or dead, business establishments, events, or locales is entirely coincidental. The publisher does not have any control and does not assume any responsibility for author or third-party websites or their content.

“I killed him, Marina,” Ash said, his hands covered in blood and dust. “I killed him with my bare hands.”

Ash Decker never intended on killing anyone, but when he saw the love of his life lying battered and mangled on a gravel road, he knew what he had to do. When someone hurt a member of the Black Dogs MC, there was no stopping his inner beast from seeking justice.

But when Ash’s justice-seeking ways force him to kill a prized member of a rival club, there are dire consequences. Consequences that will haunt him the rest of his life.

As he tries to build a life with Marina and their son by his side, the demons from his past threaten to take away everything – and everyone – he’s ever loved…

To you. Yes,
you
! The one reading this book right now. I hope you enjoy reading this story as much as I enjoyed writing it. Life can get pretty crazy sometimes, and every once in a while we all just need a little bit of an escape.

“Oh, my God, Ash,” I heaved, my hands still raw and pitted from the gravel beneath them. “What did you do?”

“Let’s go,” he said. His lips were pursed and his body language screamed a mix of fear and adrenaline.

His hands, scraped and bloody, reached down to help me up. I straightened my dress which was twisted and tangled around my body and straightened the hemline. Pieces of my dress were lying somewhere in the cornfield and my bare feet ached once pressed against the gravel.

“I killed him, Marina,” he said. His bottom lip quivered, and his eyes fought off tears. “I killed him.”

I hobbled over and wrapped my arms around him. Ash was such a gentle soul. He wasn’t a killer. “You didn’t have to do that for me. Why’d you do that?”

He buried his head in the crook of my shoulder, my hair matted and stuck to my neck, and began to sob. He only allowed himself to sob for a minute before finally gaining composure. He wiped his tears, cleared his throat, and took a deep breath.

His eyes glanced over my shoulder to where the rest of the party was. Not even a half-mile away our friends were sharing drinks and laughing over a bonfire in the middle of a dirt field under a pale, full moon. We were hardly out of high school. We shouldn’t have been drinking let alone lighting bonfires amongst acres of precious Midwestern farmland.

“We have to get out of here before anyone sees,” I said, looking him straight in the eyes. “I’m taking you home with me.”

Ash nodded as he stared at my sullen face. Smears of dirt across my cheeks and swollen eyes told a story no man should ever have to see on the face of the girl he loves.

“Ouch,” I said as I hobbled along the gravel, linked onto Ash’s arm. The soreness that came with every barefoot step on the country road was nothing compared to the pain that radiated from between my legs.

He slipped his hand down around my waist and hooked it around my hips. His other hand swept up the bottom of my skirt before he hoisted me up and carried me. His skin was moist, covered in a thin layer of blood and sweat.

“Thank you,” I whispered as I laid my head down on his shoulder.

He carried me, quietly, to his truck, which was parked down the road from the bonfire.

“What are we going to do, Ash?” I asked as he helped me into his car. “They’re going to know it was us.”

“It wasn’t you,” he said through gritted teeth. “You did nothing.”

My heart ached for him. At eighteen years old, he had his entire life ahead of him…until me. Ash Decker had loved the hell out of me since we were kids. While I chased after every blue-eyed, bad-intentioned boy I ever met, Ash Decker chased after me. By the time we hit high school, he settled for the role of my best friend. Somewhere inside he always hoped I’d come around. I just didn’t think it was going to take him murdering my attacker for me to see him in a completely different light.

“I have to turn myself in,” he said. His lip quivered once again. Knowing him, the thought of never having a chance to be with me was more of a death sentence than anything the judicial system could sentence him to.

Ash’s truck came to a screeching halt at a blinking red light in the middle of a country intersection. Streaks of dried blood on his face revealed themselves under the moonlight that spilled in through the cracked windshield.

“Why’d you run off with Tripp Cotton?” He asked. His voice was low and his eyes burned into mine as he turned to face me. “I told you to stay away from him. He’s nothing but trouble. You do realize his club is a rival club, right? Your daddy would freak if he knew you were talking to Tripp.”

I wiped a rogue tear from my cheek and tried to fight the wave of emotions flooding my body in that moment. I couldn’t focus on one thing. I couldn’t focus on the fact that Tripp had almost assaulted me or that Ash had just murdered him for laying a finger on me or that life as we knew it was officially over. My mind was on overload, and all I wanted to do was go back in time and do it all differently.

Tripp had been eyeing me from the moment I arrived at the bonfire. His blue eyes virtually undressed me, and I was secretly proud of wearing my cute little floral sundress with the low cut top. I’d been crushing on Tripp all summer, and he’d completely ignored me until that night.

“Wanna go for a walk?” he asked me after we’d been sipping frosty beers for an hour. There was something different behind those icy blue eyes of his, and I was determined to find out what it was. His thick, broad shoulders, his devious smirk, and his magnetic personality drew the girls to him like moths to flames. He was larger than life and always the life of the party.

“Sure,” I replied. My heart raced at the thought of kissing him.

As we walked further away from the bonfire, the air around us was ripe with tension and the summer symphony of chirping crickets.

“So what took you so long to talk to me?” Tripp teased as he walked alongside me. He leaned his arm into mine, keeping his hands locked in his jeans pockets. His thick, brown boots kicked the gravel beneath him.

“I was just waiting for you to make the move I guess,” I said, shyly. “I’ve been crushing on you all summer. You wouldn’t even look at me.”

His lips curled into a devilish grin, and he stopped dead in his tracks in the middle of the gravel road. “I’m lookin’ at you now.”

My cheeks burned red, and I was thankful for the shade of night around us so he couldn’t see them. He placed his hands on my hips and pulled me in close, planting a kiss on my lips. We’d been talking all night, and I knew he was bound to make a move eventually.

As his lips left my mouth and trailed soft kisses down my neck, his hand left my hip and tugged up the bottom hemline of my skirt. Before I had time to react, he’d tugged at my dress so hard the hemline ripped.

Tripp had black in his eyes, and he didn’t seem to be listening to me. The magnetic and charming blue-eyed boy I’d been talking to by the fire all night had disappeared and left a monster in his place.

“You know you want it,” he replied. His opposite hand gripped my wrist, tight, and he forced me down onto the gravel. “Keep your mouth shut and do what I tell you.”

I must have blacked out for a bit because the next thing I remembered was seeing Ash’s face.

My eyes fluttered open. I was so exhausted I couldn’t mutter a single word.

I licked my dry lips and parted them in an attempt to answer, but nothing came out. I simply nodded.

“God damn it, mother fucker,” Ash said. His hands were on his hips, and I watched as he scanned the perimeter. “There he is. I’m going to kill him. I’m going to fucking murder him.”

It was too late. Ash was gone. The thunder of his feet as they pounded the gravel grew more distant as he chased after Tripp.