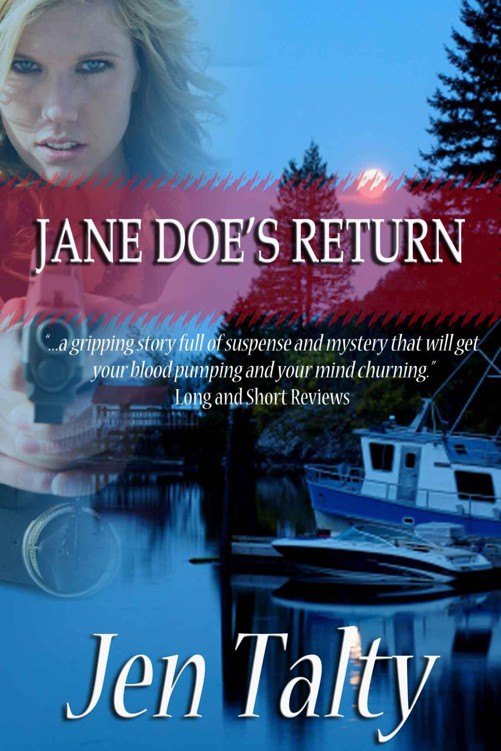 All rights reserved. No part of this book may be used or reproduced in any manner whatsoever without written permission of the author or Who Dares Wins Publishing

Special Agent Travis Brown entered the old hotel in downtown Albany, New York through the main doors, ignoring the putrid odor filling his nostrils. Rotted old hotels always smelled like urine soaked clothing left in the sun for days. He took mental notes of everything, anything, as he scanned every inch of the lobby. Even a scrunched up piece of paper, tossed carelessly in the corner, could be the clue that would lead them in the right direction. A cool sweat dampened his hairline. His hand trembled as he ran his fingers through his black hair. It was happening again.

The dull orange carpet felt like concrete as he made his way down the hall. He forced himself to focus as he nodded to the two uniformed city cops standing at attention outside the room where the body had been found.

Without saying a word, Travis flashed his badge.

“Who called in the FBI?” one of the officers’ questioned.

“Great. Another bureaucrat decided to create more red tape just so they can make a name for themselves while we get blamed for killers running amuck.”

“Just doing my job, like you.” If Travis didn’t have ulterior motives, he would be able to understand the chest pounding. “What can you tell me?”

“The call came in around ten this evening,” the officer said. “Detective Hutchensen is in charge. Why don’t you talk to him?”

“I’ll do that.” Travis studied the crime scene, looking for anything that he might be able to connect to Marie’s case. While this scene wasn’t identical to his sister’s, there were some similarities Travis couldn’t dismiss. The gnawing voice in the back of his mind told him whoever killed this young girl had also killed Marie.

Travis snapped the latex gloves in place. The sudden impact of rubber against his skin shot the powdery lining into the air. He inhaled sharply, letting the powder linger in his nostrils, masking the scent of death. His stomach lurched in one violent motion to the back of his throat. He couldn’t shake the feeling that the killer was somewhere, watching him, mocking him.

The body lay face up on the bed. A pale blue dress had been draped over the side and a tiara rested above the victim’s head. A bright light from a camera flashed across the room as the forensics team took pictures and moved about in an all too familiar pattern. “Detective Hutchensen, long time no see.”

“Guess I shouldn’t be surprised to see you here.”

“My night to be out with the crazies.”

“Can’t say I’m all too happy about this task force thing. Just makes my job more difficult. This is why we have jurisdictions and all that,” Hutchensen said.

“We’ve all got the same goal in mind. Besides, I was called in by your boss.”

“Yeah, I know.” Hutchensen could be a hard ass and liked doing things his way, but he was a damn good cop. Besides, Travis had to agree, sometimes joint forces only added confusion to a case. Too many cooks in the kitchen, so to speak.

“We’re just looking for a profile on this one,” Hutchensen said. “While it appears random, the scene looks ritualistic.” He rose from his crouched position, standing about two inches taller than Travis’s six-foot frame. “As you know, we’ve got a couple of open murder cases we’re trying to connect. This one almost looks like a copycat of Matt Williams.”

Travis cringed at the name. This was no copycat. This was the real deal. “I’ll take a look around, run it through our national database.” Travis was grateful for the chance to look at the crime scene firsthand. Usually, he viewed pictures and reports after the fact trying to find a pattern to help form a profile of a possible suspects, but this one fit a particular criminal, one that had been haunting Travis for years.

He made notes of similarities and differences between this crime scene, any unsolved case, and his sister’s case. There had to be a clue. A hint. He couldn’t afford to miss anything.

“Medical examiner is here,” someone said from the hall.

“He can take the body,” Hutchensen said. “Let’s get all the evidence bagged and get out of here.” He glanced over his shoulder at Travis. “Got anything off the cuff?”

Travis shook his head. “My instincts tell me there is more than meets the eye on this one.” God, did he want first dibs on this case.

Travis stepped from the hotel room, knowing his sister’s killer had just struck again, but he couldn’t prove it. His boss would blow a gasket if Travis tried to tie these scenes together without concrete evidence. With a heavy heart, Travis got in his truck and headed back to his apartment.

The empty back streets echoed the darkness in Travis’s soul. He pulled into his driveway and then slammed the gearshift into park. He glanced at the small patch of grass with colorful bushes lining the side of the duplex. When would it all end? Recently, his mother had told him that his normally full of life blue eyes had turned dull, and dead. Inside, he felt dead. The more years that passed, the more his heart yearned for closure. Real closure.

Once inside, he tossed his keys on the countertop in the kitchen and checked his voice mail. One message was from his mother and the other from Jake Hanson indicating he would be in town and would stop by soon.
Great
. Jake had probably already heard about the murder and wanted to check up on Travis.

He headed for his bedroom. He laid his coat on the neatly made bed, then went to his closet and shed his suit, making sure to hang the pants. He tucked his shirt into his dry cleaning bag before pulling out his portable filing cabinet. Routine had been the only thing that kept him sane all these years.

He set all the unofficial files he had collected across his bed and took in a deep breath as he opened his laptop and connected to the FBI database. Somehow he had to connect them. He had to prove that this particular killer still walked the streets.

But try as he might, he couldn’t make a concrete connection. Too many differences, not enough evidence. He searched for other possible connections with any active case in hopes to pull this murder into the FBI’s jurisdiction, but got nothing even remotely close.

His report for the local cops would include a criminal profile, but he would recommend they start with family and any lovers and continue on that path until they found the girl’s killer. Wasn’t the FBI’s case, so Travis would have to back off.

With the morning sun peeking through the shade, he sat on his bed and held the Polaroid of the young dead girl. She had been only fourteen, the daughter of a prominent businessman and only a year younger than his sister when she had been murdered.

Travis flipped open another file. The badly beaten and swollen face of a nameless girl called to him. He glided his fingers across the picture. Jane Doe had survived, but no one knew who she was or where she went. How did a fourteen year-old disappear from a crime scene without a trace? The police hadn’t gotten the chance to fingerprint her. They’d barely gotten the chance to talk to her before she slipped away into the night and hadn’t been heard from since.

The police had never officially given up their search for Jane Doe, but after Matt Williams was charged with Marie’s rape and death, they put the search on the back burner. They had enough evidence to convict Williams on multiple murders. Therefore, Jane Doe became immaterial. Williams would face life in prison. Yet the murders continued. Some fit the MO, others not so much, but Travis knew in his heart of hearts the killer was still out there searching for his next victim.

Regardless of what the rest of the world thought, Matt Williams didn’t kill Travis’s sister and he didn’t rape Jane Doe. These two things, Travis would bet his life on. Finding Jane Doe had to be the answer. She was the one person who held the key to unlocking the mystery of a ruthless killer.

“Who are you? And where are you now?”

Travis pulled into the parking garage of the Albany Federal Building after a sleepless night of staring at dead girls. He didn’t think the week could get any worse. Until he got his mail with the letter denying his request.

He’d been banking on this promotion ever since his mentor and partner had moved up in ranks. They had to do something with him, so he figured he was a shoe in. He grabbed a cup of coffee and headed down the hallway to his office.

He sat down behind his desk, squeezed the empty envelope tight, and then lifted it over his head. As if it were a basketball, he banked the crumpled piece of paper off the wall, but it missed the garbage can. “Damn.”

He lifted his legs and dumped his feet on his desk. With his hands clasped behind his head, he leaned back in his chair and stared at the ceiling. Twelve pictures looked back at him.

“We need to talk,” a voice from the hallway said. Scott Grimshaw, Special Agent in Charge and Travis’s boss, leaned against the doorjamb.

“I read your report. Thanks for not putting a personal twist on things.”

“The killer from last night wasn’t some kind of copycat, nor was it a random act, but my gut doesn’t constitute a lead in the direction I think we should take, even if I trust my gut.”

“I, too, believe it wasn’t a random act, but Marie’s killer is behind bars,” Scott said.

“Then why do we have all these open cases that are so damn similar with no real leads?”

“Because you read too much into things. Look, you’re a good agent, let’s focus on what we can do, not what haunts us.”

“That is exactly what I’m doing,” Travis said averting his eyes to the piece of paper lying on his office floor. “Got my denial today.”

“I shouldn’t ask, but what did your letter say?”

“I gave you a glowing recommendation, but truthfully, I don’t think you’re ready yet.”

“Thanks for the honesty.” Truthfulness was the one thing Travis could always count on from his boss.

“You’ve only been with us for four years. It typically takes six or eight to get that position. Trust me. You’ll get it eventually.” Scott looked sympathetic, then again, he always appeared empathetic. Travis chalked it up to his silver gray hair which made him appear about ten years older than his actual age of about fifty. “You’re a good agent, but we need you here,” Scott said.

Travis said nothing.
Eventually
wasn’t good enough. He stood and looked out over McCarty Avenue and watched the cars and people mindlessly move about their day.

“You’ve been assigned a first,” Scott said, tossing a file on his desk.

“What?” Travis whipped his head around.

“A first
and
a skirt? You’ve got to be kidding me.” He didn’t mind the skirt part, but training a new agent could delay his promotion by two years, at least.